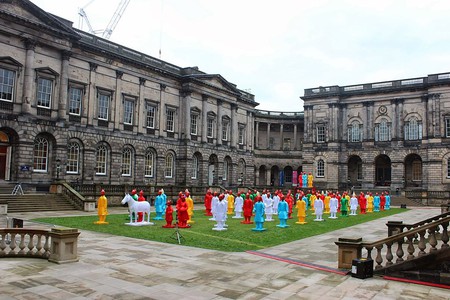 Spirits in the Edinburgh art scene are high following the announcement of the new director of the Talbot Rice Gallery. November 2016 will mark the starting month for Tessa Giblin, the exceedingly capable and internationally renowned curator, who is set to take the reigns as Director of the University of Edinburgh’s beloved contemporary visual arts gallery.

Giblin, who was born and bred in New Zealand, has an extensive background — and stellar reputation— when it comes to curating all things art related. Additionally, she has a refreshing way and reassuring capability of drawing art, science, and the humanities together, in a manner that can only be described as the epitome of innovative.

This newly appointed director just so happens to be the Commissioner of the Pavilion of Ireland at the 2017 Venice Biennale — one of the world’s most prominent visual arts events— and will still work in tandem with Dublin’s Project Arts Centre, an artistic haven where she has worked for 10 years. Excitingly, Giblin will also oversee Talbot Rice’s involvement in next year’s Biennale — where the dynamic partnership between Creative Scotland, Alchemy Film and Arts, and the National Galleries of Scotland will display the wondrous work from the accomplished Edinburgh College of Art graduate, Rachel Maclean. Talbot Rice and the University of Edinburgh have been granted the honour of being partners in Scotland’s entry to this prestigious International Art Exhibition. Maclean is a sublime force to be reckoned with in the contemporary art world and will represent Scotland through her impressive new film. 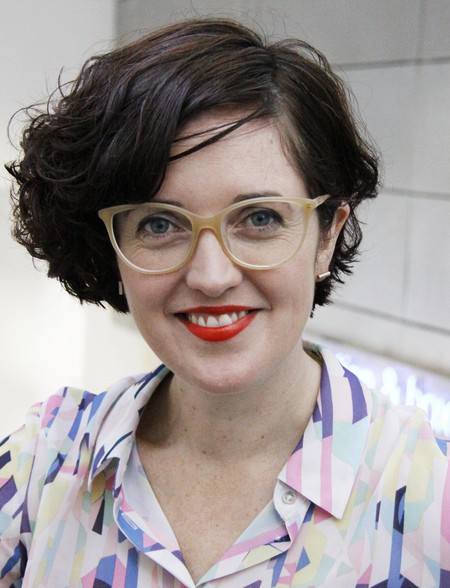 Tessa Giblin | Courtesy Of The University Of Edinburgh

Current director Pat Fisher has been at the helm for the past 11 years and has made an outstanding impact on the Gallery’s reputation. Fisher is responsible for programming the myriad of celebrated and highly appraised shows from an array of artists such as Alice Neel, Luc Tuymans, Nam June Paik, Joseph Kosuth, and Rosemarie Trockel. It is without a shadow of a doubt that Fisher’s work has been a great success. This success will, naturally, have created a smooth pathway for Giblin to begin her next journey in the resplendent Edinburgh art scene.

The Talbot Rice Gallery deserves a standing ovation for the way in which it welcomes collaborations between varying disciplines. Similarly, it also acts as a vehicle for numerous departments, academics, members of the public, and students to form ties and display new work. The Gallery has been an artistic hub overflowing with innovative ideas and enticing explorations for years. It is exciting to think of the uncharted territory beckoning to be explored with Tessa Giblin in the driver’s seat.