Everything You Need To Know About The Highland Games

Seen as a way of celebrating Scottish and Celtic culture, the Highland Games are a series of events held across Scotland during the summer and spring months. Here’s the Culture Trip guide to the centuries-old games that claim to have inspired the modern Olympics. 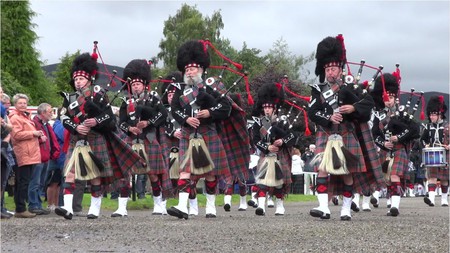 When and where are the Highland Games held?

Part of the heritage of Scotland, the Highland Games are a series of outdoor events taking place across the country. They usually last for a day and have become popular with spectators during the warmer months in Scotland, featuring local food and dance as well as feats of strength.

The biggest Highland Games gathering in Scotland is the Cowal Games, which is held in Dunoon. This is the largest in terms of competitors, but there are actually two larger events that boast greater audiences outside of Europe. These games take place in North Carolina and California, with the latter claiming a prime spot on the calendar with a Labor Day placement.

The games are such a big part of the traditions of Scotland that most countries with a large Scottish population have some form of the event. You can find a version of the games in places such as diverse as Austria, Canada, Brazil and even Bermuda! 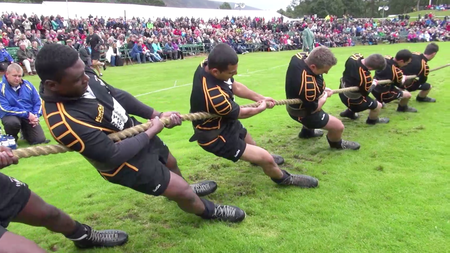 What games are part of the Highland Games?

The traditional events regarded as part of the Highland Games are called the ‘heavy events’. These date from the time when athletic prowess and physical strength were the cornerstones of clan bragging rights. The most iconic event is the Caber Toss, which sees participants carry a caber (long log) and hurl it in such a way that it lands on one end before rotating over. It’s a deceptively technical sport, although no shortage of strength is also required.

Other events in the heavy category are varieties of throwing sports such as stone puts and hammer throws. There are a few sports that can be traced back to the more rustic origins of the games such as Sheaf Tossing (a sheaf being a bundle of straw).

The “lighter” events include running, dancing and solo-piping. If you’re desperate to hear the lilting music produced by bagpipes, these are very much the events for you.