Edinburgh’s Best Craft Beers and Where To Drink Them 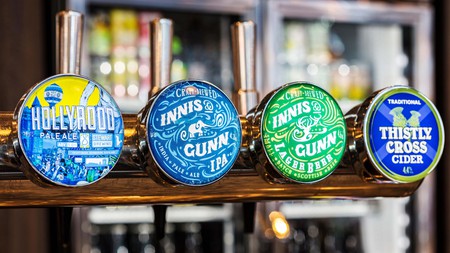 Edinburgh has more microbreweries than anywhere else in Scotland. Here is Culture Trip’s pick of the very best.

Edinburgh is very much a city built on its brewing history. It first started with the 12th-century monks of Holyrood Abbey, who produced and sold ale from their premises. The early 1800s saw entrepreneurs tap into high-quality water flowing in the city’s underground springs. For over a century, people have been obtaining MScs in Brewing and Distilling at Heriot-Watt University, with some of the city’s best brewers graduating from its hallowed halls.

At the turn of the 20th century, Edinburgh boasted 35 different breweries and gained the nickname ‘Auld Reekie’, due to the pungent hop-filled vapour that billowed into its streets. Nowadays, the city has more microbreweries than anywhere else in Scotland, and the city’s craft brewers continue on their restless pursuit of producing some of the world’s best beer. 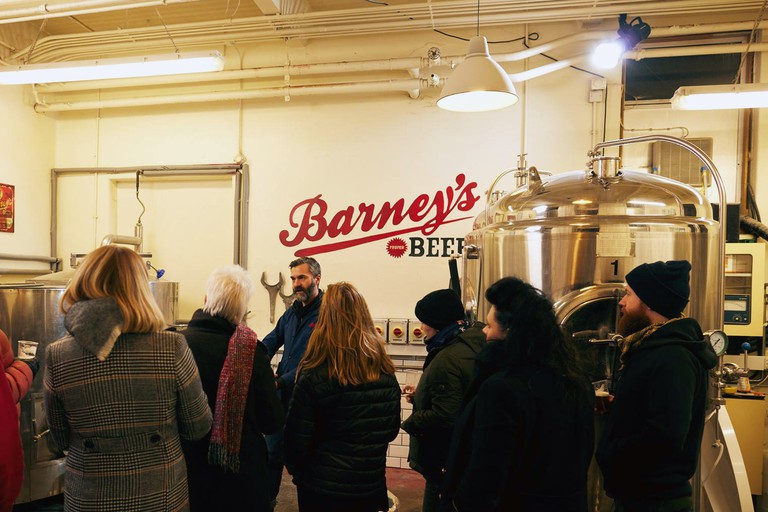 Housed at Summerhall in a former vet school’s stables, Barney’s has been brewing for the people of Edinburgh since 2010. The use of the Summerhall site as a brewery actually predates its use as veterinary college. Records show that a brewery was originally founded on the premises in 1705 and ran for over 200 years, making Barney’s home in Edinburgh the longest established non-continuously operating brewery in the capital. Patrons can taste Barney’s brews – from classic ales to more adventurous creations such as a sherbet pale ale, toasted caramel malt IPA and tea-infused beers – exclusively at its neighbour, The Royal Dick.

The Leith area of Edinburgh hadn’t seen a brewery for almost a century when Matt Johnson and Patrick Jones turned up with a dismantled second-hand brewhouse in tow. The two met at Edinburgh’s Heriot-Watt University (studying the famous Brewing and Distilling MSc) and shared a vision of wanting to do something different in the brewing world. The duo, who rebuilt the brewhouse themselves, opened Pilot in 2013. Today, the brewery is well-decorated with accolades from the UK’s craft beer industry. Also, any beer-loving Edinburgh local can tell you about its legendary tongue-in-cheek Twitter feed. As for the brews? Ultraviolet is made with “hand-unwrapped” Parma Violets while the full-bodied Mochaccino Stout is brewed with coffee beans roasted to Pilot’s specifications. Find these beers at venues across the city such as Lioness of Leith, The Devil’s Advocate and Nauticus. 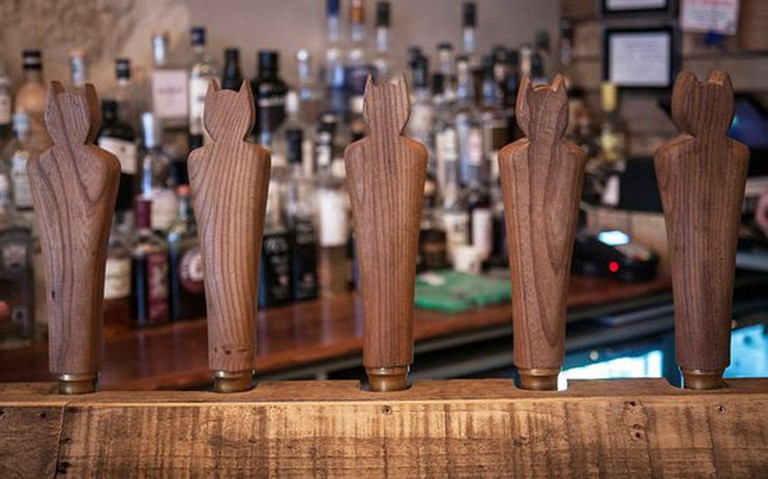 The Hanging Bat has 20 beers on its draught list every day | Courtesy of The Hanging Bat
The Hanging Bat dominates Edinburgh’s craft beer scene in the West End with intensity. Schooners – two-thirds of a pint for the craft beer novice – are poured from bat-shaped taps, with a daily rotating keg and cask draught list presented above the bar. It also posts its list of 20 brews daily across its social media accounts, with Edinburgh favourites such as Pilot, Stewart’s and Campervan all making frequent appearances. Even with a solid line-up of beer, The Hanging Bat is really known for its events, with some (such as the “craft-beer offs”) suddenly announced at the last minute. The bar employs unpretentious and knowledgeable staff who clearly love their beer.

Salt Horse has become one of Edinburgh’s default meeting points for the city’s craft enthusiasts, with approximately 350 beers in bottles and cans. Located near the Cowgate, which is the Old Town’s busy drinking stretch, this venue serves as a late-night retreat from the buzz. It’s where tasting good beer (and not crawling home from a nightclub) is the focus. Its keg list is small yet expertly formed, with 12 lines of local brews flowing daily. If an Edinburgh brewery drops a new product, you can trust it’ll be hitting the fridges of Salt Horse’s shop first. It’s not uncommon to find a queue of craft connoisseurs here looking for the latest offerings from brewers such as Cross Borders, Six°North and Top Out. 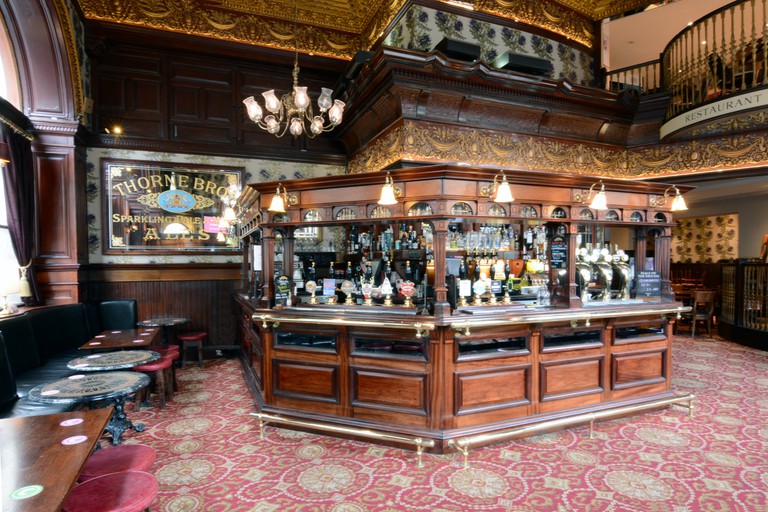 Beer has been flowing out of The Guildford Arms since 1896, embracing change and innovations throughout the years. There are five mainstay ales on the beer list, with another five ever-changing beers on rotation. It includes many Edinburgh microbrews that would tempt even the most Tennent’s-loving traditionalist. Where it would be so easy to push the classics, The Guildford Arms continues to push the lesser-known brews. The interior of the hidden-alley pub is breathtaking, elaborately designed with polished mahogany, wide arched windows, red leather and an ornate ceiling.

When it comes to humble beginnings, Paul Gibson certainly takes a top spot. His home-grown brewing project began in his garage out of a green VW called Olive. After heading out on the road across the UK and creating beers on a shoestring budget, Paul set up a permanent (and much larger) home for his microbrewery in Leith. In December 2018, he and beer-loving locals ran a successful Crowdfunder campaign for a new community taproom – a socially inclusive space that will also be wheelchair-friendly. At Campervan Brewery, Leith Juice (an orange session IPA) remains a firm favourite of visitors. The taproom opens its doors every Thursday through Saturday during summer. However, it’s best to keep an eye on its Instagram as it’s a popular place to book. 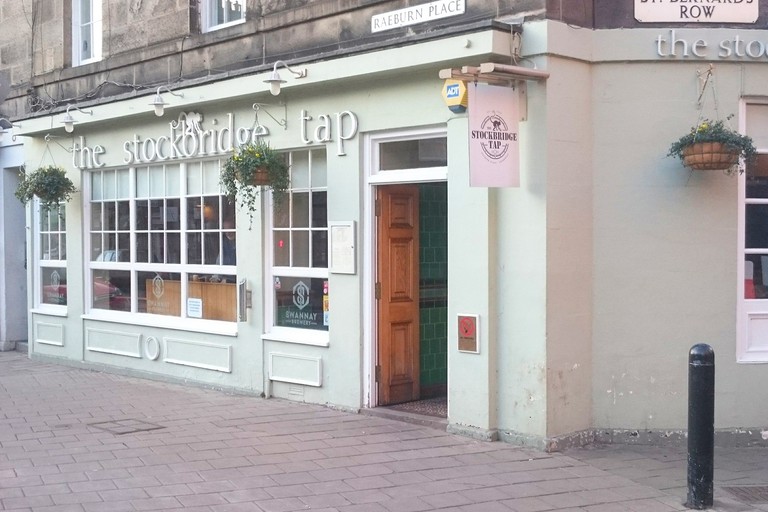 In a neighbourhood prone to the lofty effects of gentrification, The Stockbridge Tap remains a constant – a no-nonsense pub based on substance over style. The beer list is chalked above the bar (three house beers and four guest brews), and the staff is keen to talk you through the pub’s latest offerings. Campervan, Tiny Rebel Brewing, Magic Rock and Top Out are frequent faces on the taps. Although The Stockbridge Tap also boasts a food menu, the focus is very much on propping yourself up at the bar and settling in for a long chat about all things brewing.

This is an updated version of a story by Deborah Chu.