How Edinburgh Became the Scottish Capital (of Haggis) 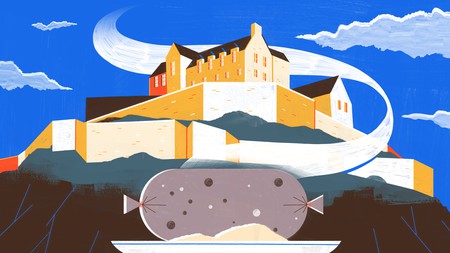 Culture Trip sits down with renowned Edinburgh haggis producer Macsween to get the skinny on Scotland’s beloved national dish.

For people in Edinburgh and around the world, the name Macsween means just one thing: haggis. The one-time local butcher has transformed itself into a major producer, selling the Scottish delicacy to Harrods, Selfridges and Fortnum & Mason, among a host of other major retailers. Culture Trip speaks with managing director James Macsween to find out how his family’s name became synonymous with the meaty pudding, and to get an answer to the controversial question: did haggis actually originate in England?

“Macsween isn’t an Edinburgh name – my great-great-grandfather came down to Edinburgh from an Isle of Skye croft and settled in Ratho on the outskirts of the city, where my grandfather Charlie grew up. Charlie went on to become a clerk at George Street butcher’s shop Orr’s,” says James, third-generation inheritor of the firm, whose warmth for his forebears is plain in his voice. 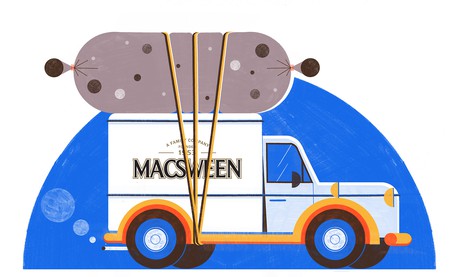 Describing Orr’s, James evokes a lost age of meat buying in the city, where “cattle would be driven down Rose Street to the shop for slaughter, emerging as fresh cuts on the marble and brass counters of the store”. When Orr’s eventually closed, Charlie set up his own butcher’s shop, Charles Macsween, which occupied a Bruntsfield corner from 1953 until 1996. The shop serviced schools, restaurants and the University of Edinburgh, with seven vans making daily deliveries across the city, eventually becoming a household name locally.

As well as meat cuts and black pudding (made from pork blood mixed with barley, oatmeal and spices), Charlie developed his legendary recipe for haggis. A mix of lamb offal and beef fat, onions, oats and spices, it is encased in beef ‘cap’, a stretch of intestine that can also be used for sausage casing. Charlie’s recipe has changed only once since the 1950s, on the advice of food expert Derek Cooper – when Charlie’s son, the entrepreneurial John, realised that Cooper didn’t rate Macsween’s as his number-one haggis, John changed the oatmeal blend and swiftly won Cooper over.

While the recipe has only changed a fraction, the business has moved with the times. More than 60 years since its founding, Macsween no longer has its own shopfront, and exists as a thoroughly modern factory operation. Way back in 1984, John Macsween developed a vegan haggis: a respectably tasty alternative combining fresh vegetables, mushrooms, oats, pulses, onions and seeds, encased in plastic rather than beef cap. There’s a gluten-free version suitable for coeliacs, too, and – in another future-focussed move – the company can boast that it recycles 100 percent of its waste, the first company in Scotland to reach this goal, back in 2013.

For obvious reasons, Macsween are keen to promote haggis as an everyday food rather than as an indulgence reserved for special occasions or a tourist novelty (haggis tucked into healthy lettuce cups, anyone?). But it is of course on Burns Night that haggis has its moment, throughout Scotland and across the world. As James testifies, “A third of the turnover of our company happens in January.” He credits Burns with converting Edinburgh to haggis – in his day, the metropolitan elite favoured French food, but the Ploughman Poet made the humble Scottish meat pudding fashionable, immortalising it with the famous poem ‘Address to a Haggis’ back in 1787. 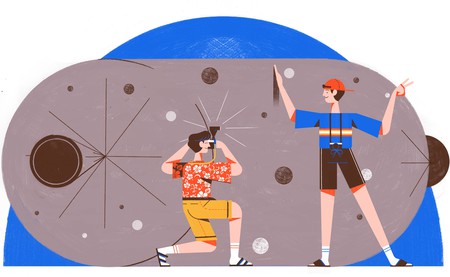 “This is recent haggis history,” says James. “The first printed recipe of something remotely similar to haggis can be traced to England in the early 1400s.” Greek playwright Aristophanes, meanwhile, made reference to a haggis-like meal way back in 423 BC, and it probably has much older roots in our hunter-gatherer past, when the offal – the part of a slaughtered animal that would go off first – would be parcelled in intestine and cooked on the fire.

So what does James Macsween do on Burns Night? He laughingly explains, “I’m a popular guest on 25 January! This year, my neighbours asked me to a house party and, of course, I brought the haggis, as well as addressing it with Burns’s poem.” His pleasure in his product is very real: “My job is to make the world’s tastiest haggis.”

Pick up a Macsween haggis when you’re in the city and try it for yourself. Boiled ’til it fattens and swells, haggis is traditionally cut open at the table to spill out its contents, and is served with neeps (mashed swedes) and tatties (mashed potatoes). It looks, at best, like baby food. But while it won’t win any prizes for visuals, a haggis supper can be sublimely delicious, combining an almost metallic meaty tang with peppery, spicy tones. The oat crumbs, mushed with the creamy softness of potato and the contrasting bitter neep, make for a satisfying festive dish.

If you’re not into self-catering, check out Culture Trip’s top places in Edinburgh to try haggis for yourself. The proof of this pudding really is in the eating.