The Best Kept Secrets Of Edinburgh

Beyond the Castle and the hordes of tourists clogging up Princes Street, Edinburgh has much to offer the discerning culture vulture or curious visitor. From quirky independent cinemas to legendary live comedy venues via ceilidh clubs and subterranean nightlife hotspots, this is our guide to the other side of the Scottish capital. 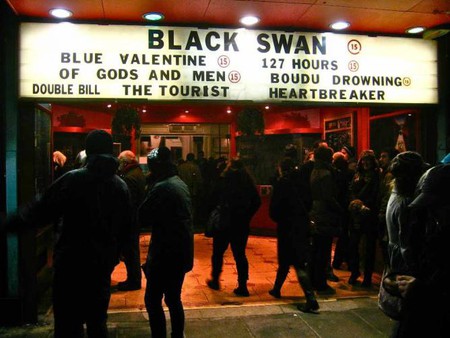 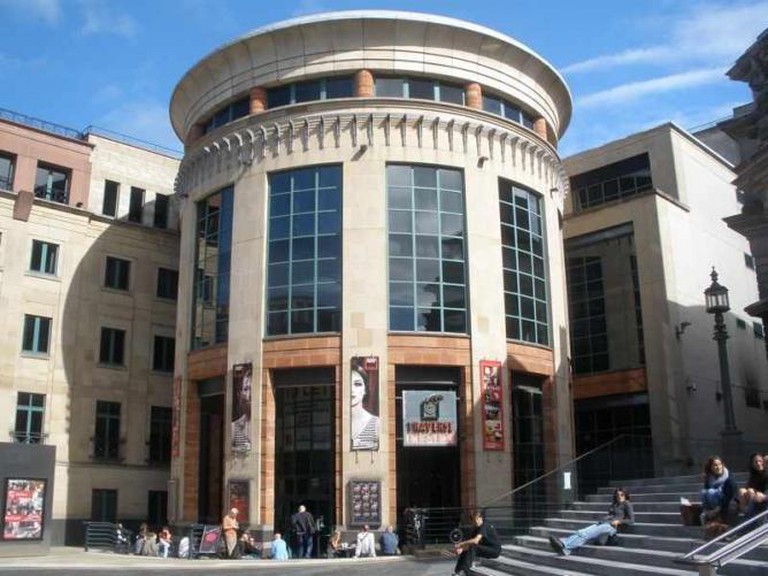 Ed and Eddie | Flickr
Run by Picturehouses Cinemas, the Cameo Cinema in Edinburgh is well worth a visit, even if you can’t tell your Lars von Trier from your Thomas Vinterberg. This picture house has been operating under one name or another for nearly a century and still features an old-timey white marquee above the main entrance telling you what’s on. The cinema screens selected new releases alongside more substantial arthouse fare, one-off revival screenings, curated director seasons and marathon movie sessions, such as the All Night Horror Madness events, all within the beautifully preserved art-deco Screen 1. Cinephiles can take their debates into the equally renowned Cameo Bar afterwards, which sells an astounding range of Scottish craft beers and American bottles like Anchor Steam Brewing Co.
Open In Google Maps
38 Home Street, Edinburgh, EH3 9LZ, United Kingdom
+448719025747
Give us feedback

Theatre
Facebook
Email
Twitter
Pinterest
Copy link
Share
Map View
After fifty years of cutting-edge theatre, breaking in award-winning performers and perpetually championing new writing for the stage, there’s no sign yet that Edinburgh’s Traverse Theatre is looking to slow down. The enterprise actually began life in the 1960s as a theatre club in a deserted brothel in Edinburgh’s Lawnmarket, before moving to its current purpose-built two theatre space in the shadow of the Castle on the city’s West End. Throughout the year, one may find an array of specialist mini-festivals and seasons, such as the annual Fringe roster, Autumn Dance Festival, Manipulate Visual Theatre Festival, the Imaginate strand for younger theatregoers, and the Play, Pie and a Pint season. The Traverse has also attracted a reputation as Scotland’s new writing theatre, regularly commissioning, workshopping and developing new plays from first-time writers. Beyond the theatrical pedigree, the Traverse is a quaint dining establishment in its own right with its small, ground-floor coffee shop an ideal takeout spot for rushed office workers. Coffee is provided by award-winning Edinburgh roasters Artisan Roast.
Open In Google Maps
10 Cambridge Street, Edinburgh, Scotland, EH1 2ED, United Kingdom
Visit Website
Give us feedback

The Stand Comedy Club’s outpost in Edinburgh (there are sister venues in Glasgow and Newcastle) is the home of live comedy in the capital. In front of the iconic suicidal cowboy mural, the tiny shower-sized stage has been the proving ground for some of the UK’s most legendary comedians, either playing host to big-names dropping by to preview new material, or limelight-seeking joke-slingers hoping to win over the discerning crowds. Recent years have seen John Bishop, Frankie Boyle, Josie Long and Mark Watson pop in, whilst Stewart Lee, Bridget Christie and Simon Munnery have become regular annual fixtures. Every August, the Stand goes into maximum overdrive, hosting over 200 acts across 6 rooms, a yurt and Spiegeltent in St Andrews Square, and within the Assembly Rooms on George Street. The best bar staff in Edinburgh will keep you watered with the extensive selection of bourbons, gins and spirits on the shelves as well as their own Cowboy Face lager brewed exclusively for The Stand by Edinburgh’s Belhaven Brewery.

Residing in Edinburgh’s clubbing nexus of Cowgate, Sneaky Pete’s has earned a reputation as one of the most thoughtfully and crowd-pleasingly programmed venues in the city. During the week, resident club nights Juice (Thursdays), In Deep, #notsosilent (alternating Fridays) and Teesh (second Saturdays) will get the student set out of halls and onto the floor. Seasoned ravers will drop their jaws at the likes of Erol Alkan, The Juan Maclean and Bill Brewster walking through Sneaky’s doors from time to time. Beyond the DJ lineups, raucous live shows are plentiful here with the likes of Future Islands, Frightened Rabbit, Eagulls and Dan Le Sac vs Scroobius Pip rocking up to tear the roof up.

Fifteen minutes on the bus from Princes Street is Cramond Island, a quaint walking opportunity beside the Firth of Forth. At low tides, a path is exposed to walk across over to the titular island – check ahead to find out the tide times, as you would not be surprised at how many people have gotten themselves stuck on the island once the water rises. The path is a mile wide and feels like a vivid historical touchstone – the Dragon’s Teeth row of concrete stumps adjoining part of the walkway were used as a marine barrier in WWII and several other gun-post relics can be found along the rest of the beach and island. Once you’ve walked over and climbed the island’s ruins, you’ll be greeted with stunning vistas of the Forth Bridges and Islands as well as the neighbouring Kingdom of Fife. Reward yourself for your travails with a pint in the Cramond Inn upon your return.

Don’t worry if you have two left feet; the national pastime of ceilidh dancing has never been about rigorous application of technique. Instead, it’s more of a communal jig that rewards the enthusiastic and uninhibited (and let’s face it, the inebriated). But for visitors looking for an authentic Scottish activity to write home about, you’ll be hard-pressed to find a more memorable evening out than the weekly Edinburgh Ceilidh Club, every Tuesday night at the Summerhall in Newington. Tickets can be bought on the door and the evening runs from 8pm – 11pm. 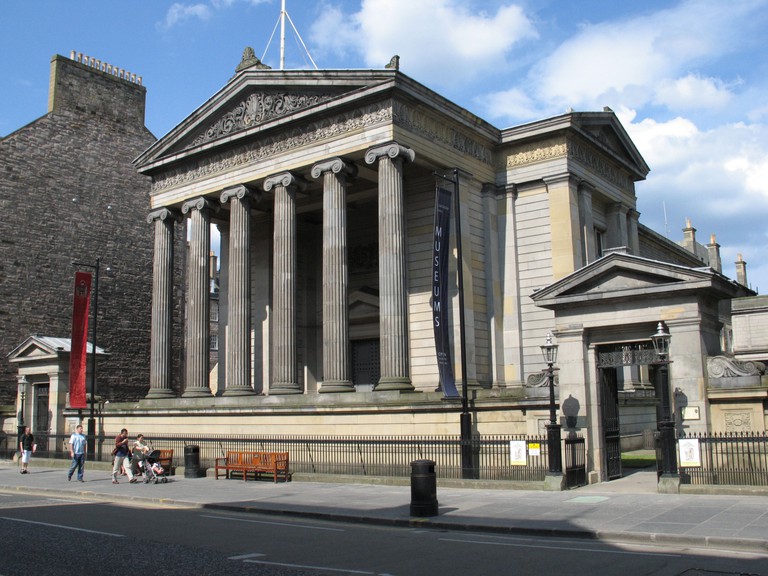 Royal College of Surgeons on Nicholson Street, Edinburgh, Scotland, UK. | © Duncan Hale-Sutton / Alamy Stock Photo
Newly re-opened to the public, the Surgeon’s Hall Museum is a unique activity for an afternoon among the litany of museums in Edinburgh. Originally developed as a teaching museum for students of medicine, the museum sprung from the foundation of the Royal College of Surgeons of Edinburgh in 1505 and expanded with subsequent additions of the remarkable collections of the anatomists Sir Charles Bell and John Barclay in the 1800s. The museum was opened to the public in 1832, making it one of Scotland’s oldest museums and its Regency-era Greek pillar facade remains one of the architectural highlights of the city. The SHM contains an eye-opening number of bone and tissue specimens, artifacts and artworks, and in the Wohl Pathology Wing, one of the largest historic collections of surgical pathology in the world. The Museum also houses hands-on exhibitions such as interactive computer simulations, audience participation devices, filmic and user-friendly textual explanation, encouraging visitors to think about their own health and well-being.
Open In Google Maps
Nicolson Street, Edinburgh, Scotland, EH8 9DW, United Kingdom
+441315271711
Visit Website
Give us feedback
Give us feedback