During August, Scotland’s capital is famous for its festivals. You’ll find comedy, theatre, literature and gastronomy events, as well as history and art, dance and music. This artistic melee is nothing new: Edinburgh has a long history as one of the world’s great cultural centres, and in the 18th century was home to great Enlightenment figures like David Hume. Here are Edinburgh’s ten best events this August. 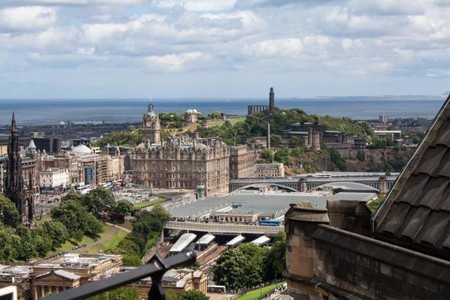 The Royal Edinburgh Military Tattoo is held on the esplanade of Edinburgh Castle, and is one of the most recognisable images of Scotland. The tattoo is watched live by an audience of around 220,000 people, of whom 30% travel to Edinburgh from abroad, with a further 100 million watching on television across 30 countries. The tattoo features military bands from the British Army, Commonwealth forces, and international groups from 46 countries performing with drums, pipes and fifes. Amongst the British Army bands performing will be the pipes and drummers from the famous old Scottish regiments including the Black Watch, the Royal Scots Dragoon Guards, the Argyll and Sutherland Highlanders, and the Gordon Highlanders.

Now into its 14th year, the Just Festival brings together international performers for 300 events across 19 venues and three weeks. The festival is backed by 12 groups including the Scottish Government, the Scottish Interfaith Association and various city churches, and is focused upon exploring issues such as community, prejudice, and diversity through art forms such as dance, music and film. There will be speakers, forums, film screenings, music performances, art exhibitions, and fashion shows during the duration of the festival. Poetry slams will be held most nights, along with performances from Simply Soweto Encha. Look out also for The Onion of Bigotry, a play that deals with sectarianism, and lectures from leading experts from the University of Edinburgh on Islamic history. 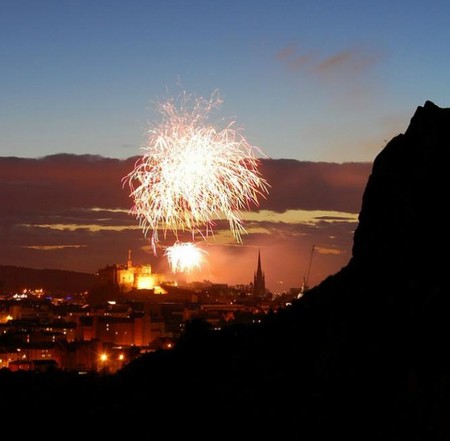 © Dream in the Dark of Day/Flickr

The Fringe is one of the most famous arts events in the world – the organisers claim the festival is the largest in the world, with 2013 having seen a total of 45,464 performances of 2,871 shows. Running since 1947, the festival focuses on theatre and comedy, but there are also many street performances of magic and dance, as well as performance poetry. Over the years the festival has been a breeding ground for young comics and performers – back in 1960 a group calling themselves Beyond the Fringe featured Peter Cook, Dudley Moore, Alan Bennett and Jonathan Miller. Winners of the Perrier Award for best comedy act include the Cambridge Footlights of 1981 that included Stephen Fry, Hugh Laurie, and Emma Thompson, as well as in more recent years Al Murray, Steve Coogan, Dylan Moran, Rich Hall, and Demetri Martin.

Scotland is famous for its food and drink – just think of whisky, smoked salmon, venison, haggis and even deep-fried mars bars. Edinburgh is regarded as one of the main restaurant centres in the UK and hosts the Foodies Festival for three days at Inverleith Park. Tens of thousands of enthusiastic gastronomes are expected to attend the festival that hosts celebrity chefs demonstrating recipes and artisan producers promoting their excellent produce. This year the chefs will include Mark Greenaway, Scott Catchpole, Neil Forbes, and Jeff Bland. There will be demonstrations, a feasting tent with plenty of samples, pop-up restaurants, a special tea tent, areas in which new kitchen tools can be bought and a Real Ale and Cider Farm.

The Edinburgh International Book Festival has been running since 1983 and now hosts over 800 events with around 750 authors appearing. The festival is held in Charlotte Square Gardens in the centre of Edinburgh – there will be readings, workshops, talks, and panel discussions. There will also be two large independent bookshops where visitors can peruse and buy the books they have heard about. For 2014 the themes of the festival include Scotland’s future, voices from South Africa 20 years on from the end of Apartheid, slavery within the British Empire and the legacy of the First World War. There will be big names in attendance including Jeremy Paxman, Kate Adie, Rowan Williams, Irvine Welsh, George R R Martin, Will Self and the former Prime Minister Gordon Brown.

The Scottish Gallery has been exhibiting leading Scottish artists since 1842. In 1860 the gallery moved to premises on Castle Street, before coming to the current building on Dundas Street in 1992. During August this year there will be an exhibition of the works of 10 heroines of British 20th century art who have been largely overlooked or their reputations obscured by the work of their prominent and well-known husband or relatives. You can expect to find the works of Gwen John, the sister of Augustus John, Winifred Nicholson, the wife of the better-known Ben Nicholson, as well as female artists whose works are slowly becoming recognised as forming a key part of British art in the last century, including Barbara Hepworth, Anne Redpath and Wilhelmina Burns-Graham. 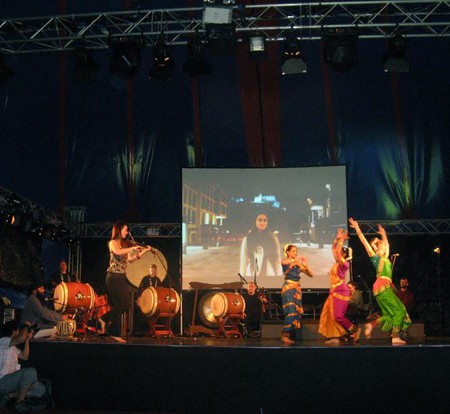 The Edinburgh Mela is held over three days and features the best world music and dance from local and international performers. This year will be the 20th annual Mela, which is the Sanskrit term for gathering. There are expected to be around 25,000 people in attendance to see acts over several stages. On show in 2014 will be Ghanaian drumming group Kakatsitsi, Chinese Punk band DaWangGang, the ragga legend Apache Indian and GAUDI, as well as Qawwaali music which is the Sufi devotional music of South Asia. There will also be a new collaboration between the Scottish Chamber Orchestra and Soumik Datta entitled ‘The King of Ghosts’ that is inspired by the 1969 Indian film Gupi Gain, Bagher Bain.

History | Ming: The Golden Empire at the National Museum of Scotland

Book Now
Ongoing The Ming Dynasty of China lasted from 1368 until 1644 and oversaw a period of tremendous artistic and cultural activity, political stability, and economic prosperity. This exhibition at the National Museum of Scotland explores the art, technology, cultural and economic life of the Ming court. The collection of items on show comes from the Nanjing Museum and is to be their only UK exhibition. On show will be many fine examples of the famous blue and white porcelain of the Ming dynasty, opulent silk textiles, pieces of gold and jade, furniture, and paintings made of the Forbidden City in which the Emperors lived. The work of great Chinese artists such as Shen Zhou and Tang Yin is also featured in the exhibition.
Open In Google Maps
Chambers Street, Edinburgh, Scotland, EH1 1JF, United Kingdom
+443001236789
Visit Website
Give us feedback

Jim Lambie is one of Scotland’s finest contemporary artists. Working from his Glasgow studio, his work focuses on sculptural installations that incorporate household items such as vinyl tape, coat hangers, tin foil, plastic bags, and records. With coloured vinyl tape Lambie specialises in creating colourful designs on the floors of gallery spaces that highlight the dimensions and architecture of the room. This exhibition at the Fruitmarket brings together work from the past 20 years – from early sculptures from the mid-1990s including his ground-breaking Zobop, to more recent work. The Fruitmarket Gallery has emerged as one of the leading galleries for contemporary Scottish art and was originally a fruit and vegetable market when built in 1938.

Titian was the greatest representative of the Venetian school of painting that began with Giorgione and Bellini in the early 16th century and continued into the 18th century in the form of Tiepolo. This exhibition at the National Gallery of Scotland follows the recent acquisition by the National Galleries in London and Edinburgh of Titian’s great mythological works Diana and Actaeon and Diana and Callisto. These two works will be on show along with a wide selection of 16th century Venetian works from the National collection to provide context, and Titian’s Death of Actaeon from the National Gallery in London. There will be pieces on show by Tintoretto, Veronese, the Bassano, Lorenzo Lotto and Palma Vecchio.