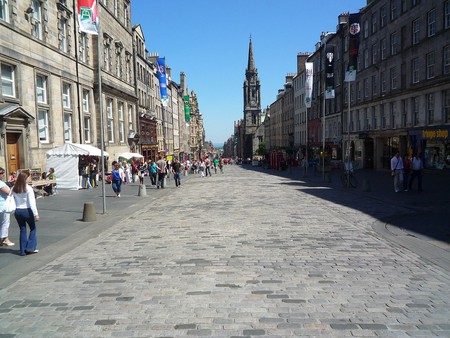 Scotland’s capital, Edinburgh, is one of the most beautiful cities in the region. Eating out in the Scottish capital is a chance to sample delicious local – and international – cuisines. These are 10 of the best cultural restaurants in Edinburgh. 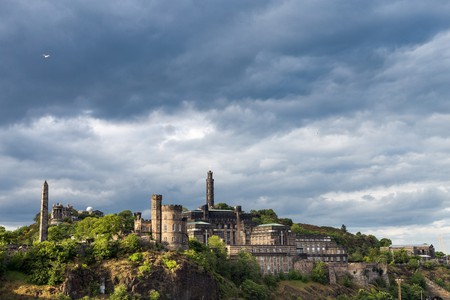 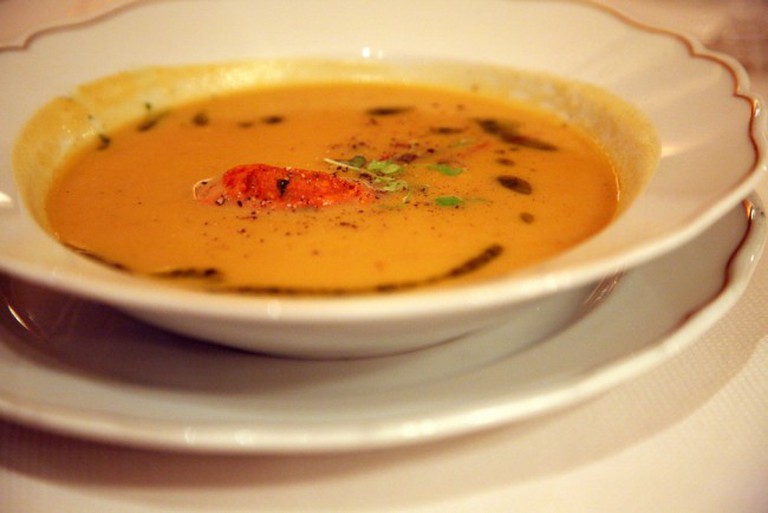 Squash Velouté | © Simon Law
Any restaurant on Edinburgh’s historic and touristy Royal Mile could have made a packet by offering pretty standard service and fare – but not this one. Since its opening, Wedgwood has delighted customers with an eclectic and varied menu, such as its pigeon served with haggis, neeps and tatties, the silky squash veloute and leek bread pudding with fennel ice cream. And its charms have not gone unnoticed, with the restaurant awarded Restaurant of the Year 2013 by Scottish Licensed Trade News – the third time it has collected the plaudit. For extra atmosphere, avoid the basement tables. The natural light from the street creates the ambience the unusual food deserves.
Open In Google Maps
267 Canongate, Royal Mile, Scotland, EH8 8BQ, United Kingdom
+441315588737
Visit Website
Give us feedback

Though it has the look and well-stocked bar of a typical Edinburgh pub, this 15th century venue can offer as much as any restaurant. A frequently changing a la carte menu, seasonal tasting menus and celebration feasts (including a roast pig’s head banquet) keep things fresh for the ancient venue. The varied bites on offer give plenty of choice for any diner. Traditional pub fare gets upgraded at The Kings Wark like the homemade steak burger with smoked applewood cheddar while more upmarket food is served alongside. The seafood is a must-try.
Open In Google Maps
36 Shore, Leith Edinburgh, Scotland, EH6 6QU, United Kingdom
+441315549260
Visit Website
Give us feedback

Chef Paul Kitching and manager Katie O’Brien came up to Edinburgh with a big success under the belt in the form of Manchester’s Juniper restaurant, and they soon set to work on another award-winning formula. 21212’s name reflects its unusual dining structure. It gives customers a choice of two starters, followed by an interim course, then two main course choices, another interim choice then a pick of two desserts. The elegantly presented food has been a hit with customers, from their white asparagus with caviar starter to a signature dish of low cooked trout fillet, accompanied by jumbo scallops, tomato butter sauce and wild rice. 21212’s charms also include a hearty wine list and stylish, open-plan decor. 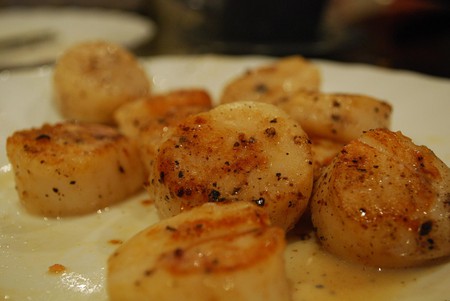 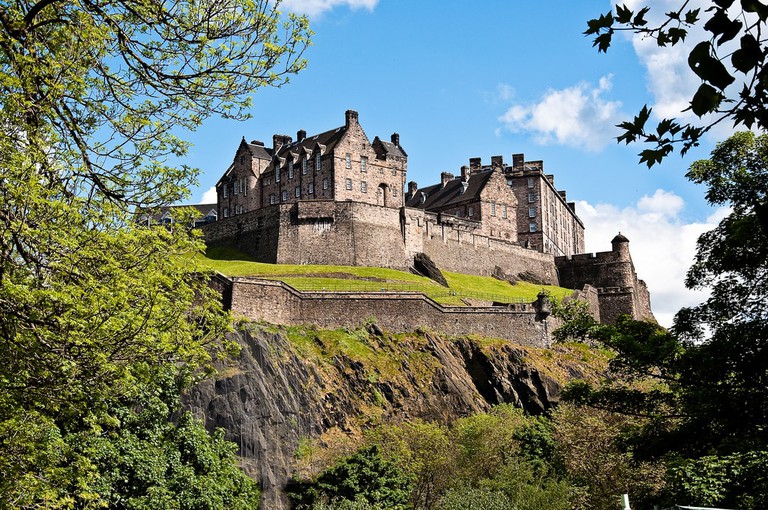 Just awarded a Michelin star, Castle Terrace is well on its way to becoming a match to its sister restaurant The Kitchin. Tucked away beneath Edinburgh Castle, the restaurant’s menus reflect chef Dominic Jack’s French education, combined with the best of Scottish ingredients. The cuisine is perhaps best experienced through the taster menu and a bottle of wine. A highlight is the pistachio soufflé. The food can be enjoyed in simple and cosy interiors, the decor created by top French designers Elitis.

The Ship on the Shore

Bar, Restaurant, Seafood, British, European, $$$
Facebook
Email
Twitter
Pinterest
Copy link
Share
Map View
Close to Leith’s tourist-friendly Royal Yacht Britannica museum, The Ship on the Shore is also well worth a voyage. The focus here is seafood. From the fresh-caught produce to the nautical maps on the walls this is a restaurant to give anyone their sea legs. Specialty dishes include steamed Shetland mussels, a formidable seafood chowder and the fruits de mer Royale. A well-priced wine list rounds off the culinary attractions. A cosy dining room, knowledgeable staff and prime view of the harbour does the rest.
Open In Google Maps
24-26 Shore, Leith Edinburgh, Scotland, EH6 6QN, United Kingdom
+441315550409
Visit Website
Give us feedback

This pizzeria is a modern outfit, with a fleet of delivery vehicles and functional interiors to testify to that. But it’s never lost its original heart, and La Favorita is probably still the best place to enjoy an Edinburgh pizza. Their high-quality and fresh ingredients top off classically thin, crispy bases, and a log-fired oven fuses these elements to create something worth eating out for. A strong pasta menu, including a commended saltimbocca, accompany their main output and offer a bit of variety for someone who looks for something else in their Italian. 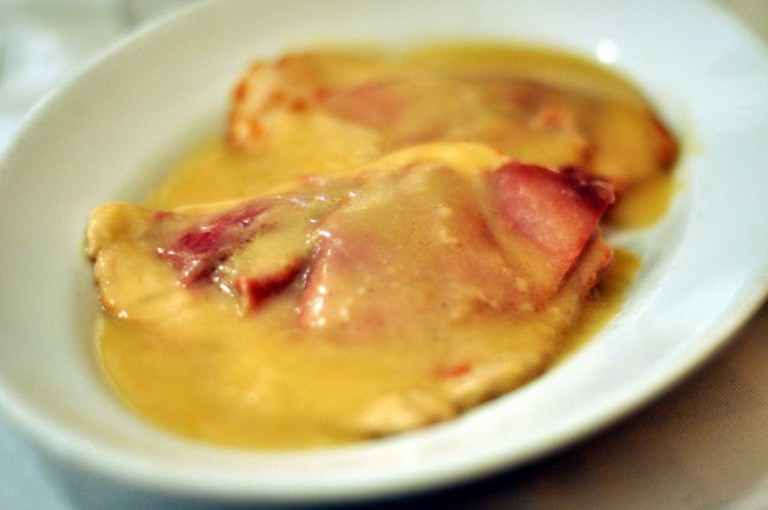 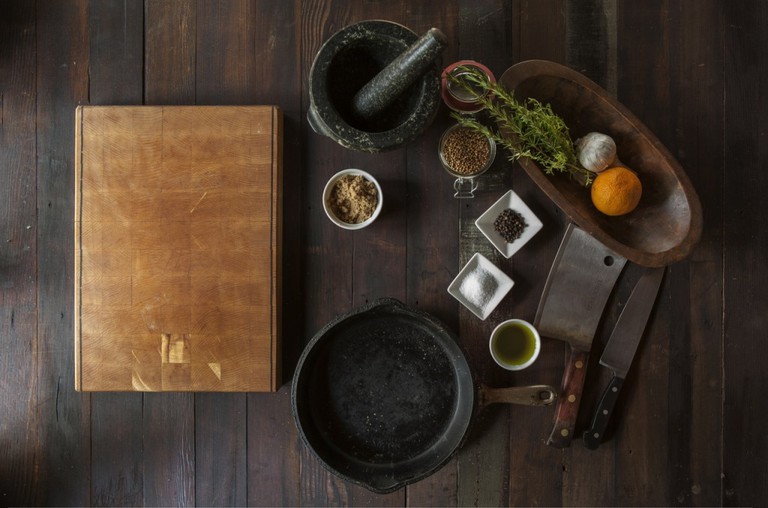 With the wide variety of cuisines available in Edinburgh’s food scene it’s good to know that some places still offer traditional Scottish grub. One of them is The Grain Store; its no-nonsense menu and gorgeous meat selection give a home-grown alternative to other restaurant fare. Its location in Edinburgh’s chaotic Old Town gives an appropriate setting to its unpretentious remit. Stripped back walls, candlelit rooms and old furniture offer the perfect accompaniment to the individually cooked meals. The attentive staff are well-equipped to steer customers around the menu.

Oysters | © Charlotta Wasteson
Perfect for those looking for a lighter lunch, the Cafe Royal serves a varied bar menu and its famous oysters until 10 p.m. daily. But it’s the drinks that really rank this historic pub above the rest, with a range of more than 30 Scottish whiskeys and a rotating roster of seven Scottish cask ales that have won them a Cask Marque’s Platinum Beautiful Beer award. Ceramic tiled pictures and stained glass windows lend this Victorian venue a real sense of history and elegance. This is brought together with a more modern and laid-back attitude.
Open In Google Maps
19 West Register Street, Edinburgh, Scotland, EH2 2AA, United Kingdom
+441315561884
Visit Website
Give us feedback 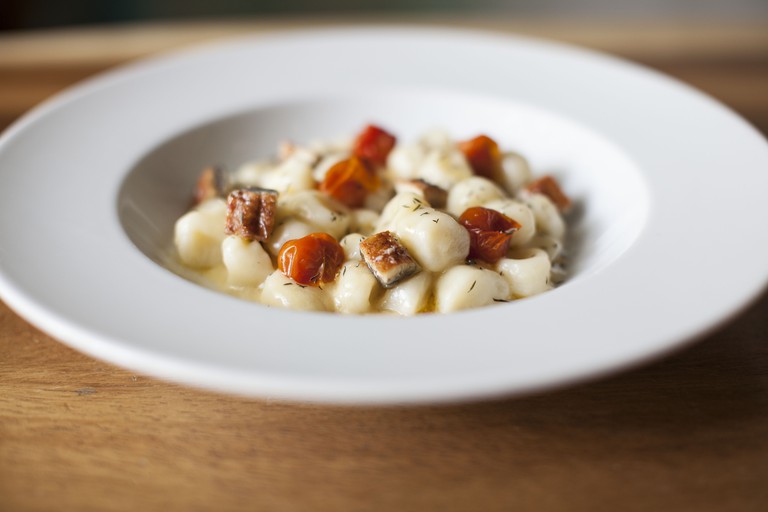 Lined with marble, huge mirrors, wood veneers and grand lampshades, bathed in a golden hue, The Honours epitomises the bourgeois side of Edinburgh eating. Opened in 2011 by Martin Wishart, who has some claim to kicking off the trend for upscale dining in the city, the restaurant is usually found heaving with customers in good spirits. The Honours has a bit of a reputation for the quality of its steak, glazed to perfection with sweet condiments. But it also offers more left-field choices such as the crab cappuccino. Generally, the depth and variety of the menu grab customers.

A Thai restaurant that’s a cut above the rest, Dusit can be found on offbeat Thistle Street. There’s a wealth of great dishes to choose from here, but anything with monkfish, scallops or king prawns comes especially recommended. This slightly hidden gem is a small space with tables to match, so it is often pretty busy. However, the atmosphere is always friendly and it’s worth a little elbow-banging. In the winter months, it can’t be beaten for a bit of warming Thai spice.