Early Banksy Artworks to Be Restored in Glasgow 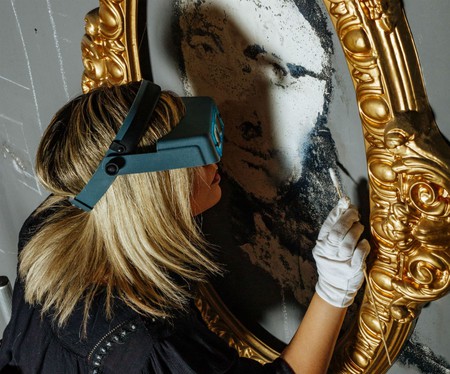 Scotland’s street art scene is set to become even more entrancing due to the restoration of three early works by street artist Banksy. Accidentally left smothered under a veil of grey emulsion over recent years, the murals were created in early 2001 by a then little-known Banksy as part of his Peace is Tough exhibition with Jamie Reid.

Found at Glasgow’s iconic Argyle Street Arches (ASA), the artworks feature the Mona Lisa and a gun-wielding monkey wearing a tutu. A gilt frame entraps the heads and upper torsos of each, while the words ‘Every time I hear the word culture I release the safety on my 9mm’ painted in blood red reside in the middle.

Currently, the artworks are in a bleak condition due to them mistakenly being painted over in 2007 when the former club known as The Arches went into administration. Thankfully, the new owners of Argyle Street Arches saw the importance of saving these original Banksy masterpieces for the people of Glasgow and Scotland. 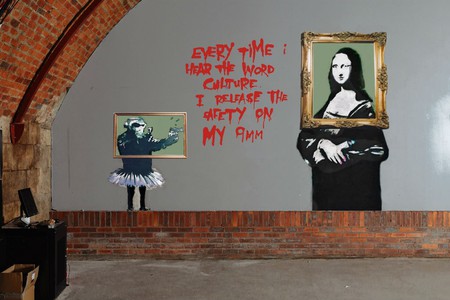 In partnership with ASA, the restoration effort is expected to take around five months and will be conducted by Fine Art Restoration Co. (FARCO), the same minds behind the restoration of Banksy’s Snorting Copper in Shoreditch, London, after it was whitewashed.

The London-based company hosts a team of international experts with a speciality in wall painting conservation who will meticulously clear the grey paint to unveil the original works that lurk beneath. 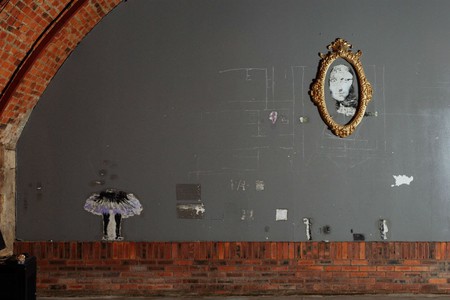 Argyle Street Arches General Manager Scott Taggart said: ‘We are delighted to be saving these rare artworks for the nation. We’re looking forward to being able to have them on permanent and public display for the people of Glasgow, and Scotland, once again.’

Due to the delicate nature of the task at hand, the artworks will be restored one at a time, with the tutu-clad primate being the first to make a grand reappearance. 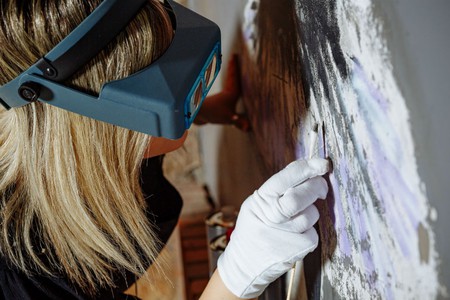 In order to fund the project, a crowdfunding campaign has been launched. Assuming all goes to plan, the restoration is forecasted for completion by December 2018. Gifts for crowdfunding donors span from a limited-edition boxed canvas to an official Banksy restoration poster.

Better yet, members of the public can come and watch the intricate and no doubt fascinating restoration process in real time from Friday to Sunday in Glasgow or via Facebook Live. To ensure the longevity of these early Banksy gems and that the condition is consistently up to par, FARCO will be tending to the murals for the next two decades. 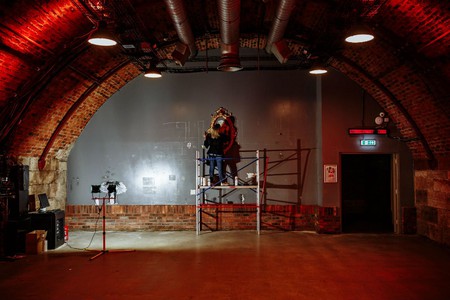 The technical director at FARCO, Chris Bull, said: ‘This is a hugely exciting restoration project, and we’re very happy to be working with Argyle Street Arches. We’re bringing three hidden Banksy pieces back to life, and in order to do this we need donations to be able to restore the artworks.’

Glasgow’s early Banksy works are the cherry on top of an already priceless local institution. Aside from hosting some of the best street art in Scotland, Argyle Street Arches is an industrial-style events space boasting a sea of stone arches that form a portion of Glasgow’s Central Station’s substructure. The venue also runs Platform, a showcase of Scotland’s greatest and tastiest independent street food traders.