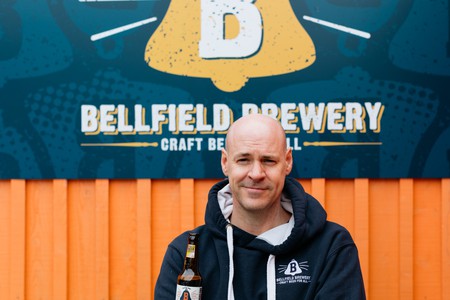 Situated in Edinburgh lies Bellfield Brewery, which produces the UK’s first dedicated gluten-free beer. Founded by two coeliac friends, the team at Bellfield optimised non-traditional gluten-free ingredients to create really tasty everyday brews. We swung by their way to check out their story. 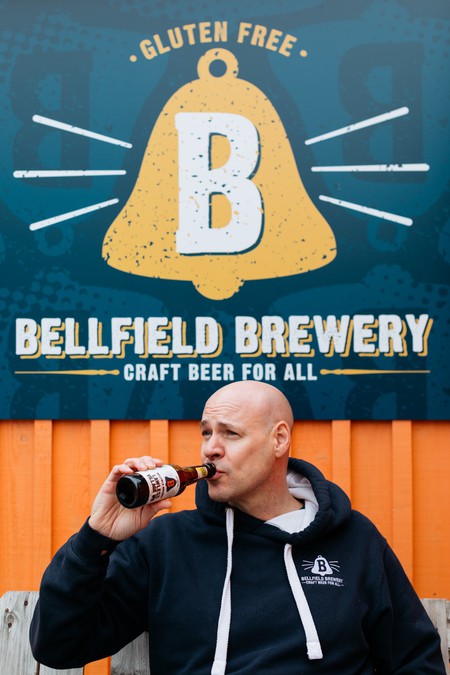 Culture Trip: What is your name and what is your role at this brewery?

CT: Who is the founder and how did this brewery start?

KM: Giselle Dye and Alistair Brown co-founded Bellfield four years ago, after Alistair was diagnosed with coeliac disease. Giselle’s husband, Robin, is also coeliac. Both felt bereft at the idea that they couldn’t drink beer again and neither of them were impressed with the gluten-free beers on the market at the time. Alistair and Giselle hatched the idea to set up a craft brewery producing beer that anyone could enjoy – “Craft Beer For All” – as our strapline states. Bellfield was founded and work began researching the market and developing recipes and raising funds. 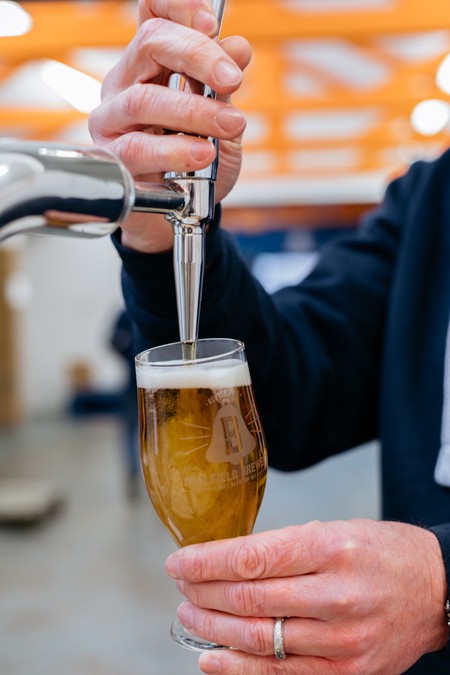 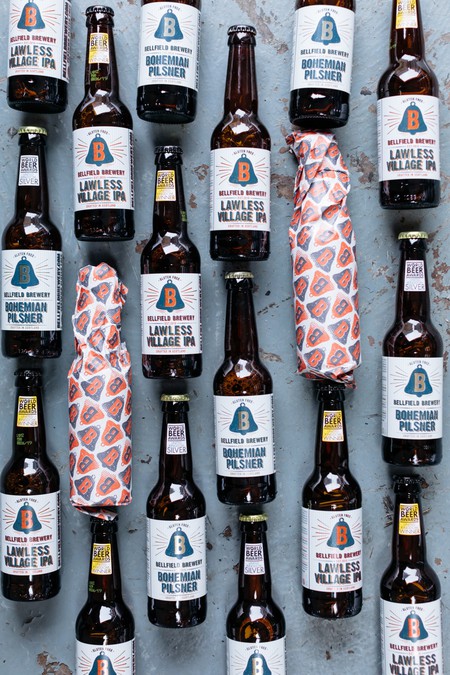 CT: How did you get involved with this brewery?

KM: I was approached initially to be the brewer and I did all the early experimentation and subsequent recipe development for our award-winning beers. Most of my time now is taken up with business development.

KM: Along with some friends, we started a home brewing club in our home town and produced small batches of beer, experimenting as we went. I then worked for a small craft brewery in Edinburgh.

KM: I like the whole package,.The taste and aroma are key, but I usually want to know what is behind the brand before I get too involved!

CT: Can you talk through the range of beers on offer? Does this change with each Batch?

KM: We first launched exactly two years ago, with two products; a Bohemian Pilsner and an American IPA. Such has been the success of these products that we have yet to develop our portfolio further. 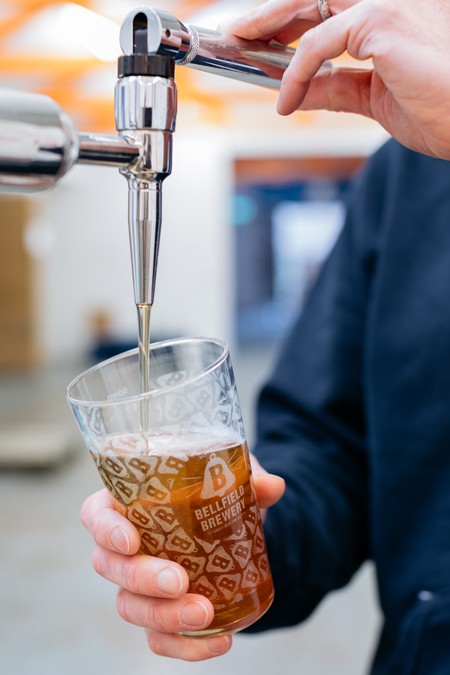 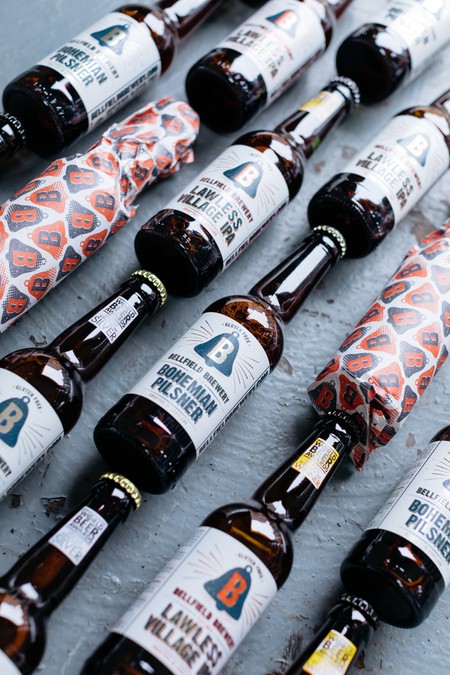 KM: The Bohemian Pilsner is pale with a light body, slight background bitterness and gentle floral tones from the finest Saaz hops leading to a soft refreshing finish. Staying true to a classic Czech Pilsner, it is a gentle beer which can be enjoyed on its own, although it complements food. Its easy drinking nature and accessibility has meant that this is our bestseller. Our Lawless Village IPA was made as a nod to the founding fathers of the craft beer boom in the States. This beer is a copper coloured, aromatic beer brewed as a traditional American IPA made with pale and crystal malts and enriched with Cascade and Centennial hops, giving it a mild bitterness for a modern, citrusy finish.

CT: What is this brewery’s approach and philosophy to brewing beer?

KM: All the beer we produce has to be tasty first and foremost, so our approach can be summed up as ‘flavour led, gluten-free and vegan’. We use only the best and simplest ingredients and we brew in small batches, taking great care to make sure our beer is consistently tasty.

CT: What was the first beer you made? Have your flavours changed or have you kept it original?

KM: The first beer I made was a Pale Ale with Nelson Sauvin hops which I just loved the smell of. It was a revelation for me and it was a very drinkable if amateurish beer, but showed me that I had good brewing instincts. 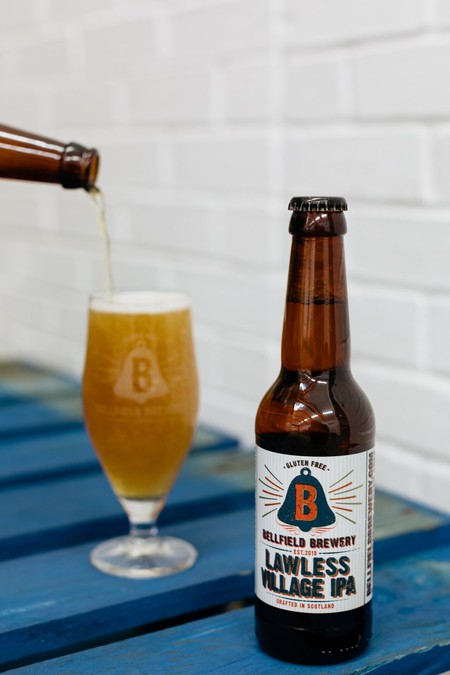 KM: Not yet, we have plans for a tap room on site and in future, we’ll run brewery tours and make the most of our city centre venue.

KM: We will be participating in this years Edinburgh Food Festival and will be available on tap, during the world famous Edinburgh Festival in August.

KM: You can find our beers in most good independent bottle shops, restaurants and bars in Edinburgh and further afield. We are also available in a selection of shops across the UK now, and you can buy our beer through online beer shops, through our own website and via Amazon. 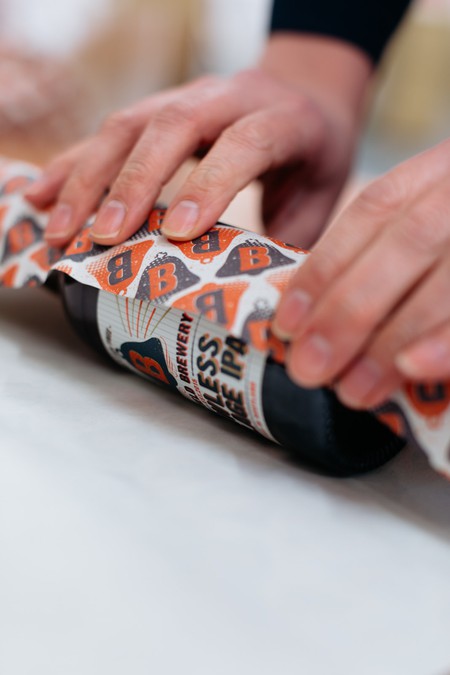 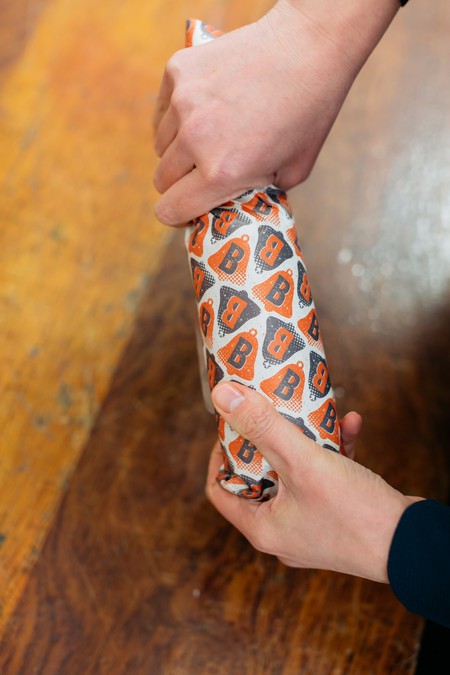