City on a Plate: Scottish Superstar Tom Kitchin Lets Us Into His Edinburgh 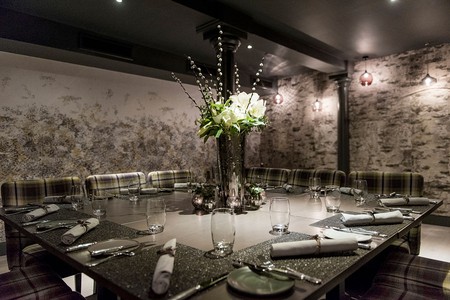 Tom Kitchin earned a Michelin star for his restaurant, The Kitchin | Courtesy of Tom Kitchin

Culture Trip invites the world’s most talented chefs to take us around the cities that inspire them, letting us into the sights, smells and sensations that drive their approach to food. To take us around Edinburgh, Culture Trip spoke to the peerless Tom Kitchin, whose flagship restaurant – The Kitchin – earned its first Michelin star within six months of opening in 2007, and has kept it ever since. 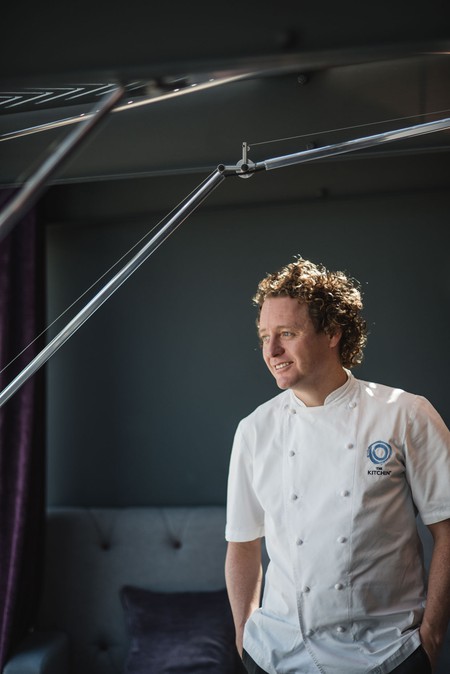 For 13 years, Tom Kitchin has been the embodiment of modern Scottish cooking. The genial, tousle-haired chef is a fixture on British television screens, a prominent advocate of Scotland’s natural bounties, and the man that most people head straight towards when dining in Edinburgh. His restaurant – cheekily named ‘The Kitchin’ – made him the youngest recipient of a Michelin star in 2007, at the tender age of 29. Now 42 and longer in the tooth, he has five restaurants, adding to his star with a pair of prestigious Bib Gourmands.

Kitchin’s culinary philosophy, which he defines as ‘from nature to plate’, is a confluence of the very best produce that Scotland has to offer, deployed with impeccable French technique. Indeed, his CV is as mean and sturdy as any chef you’re likely to find. A stint under the legendary Andrew Fairlie at the Gleneagles Hotel was followed by three spells under some of the most feared, revered, and idolised chefs in all of dining: Guy Savoy, Alain Ducasse and his main mentor, Pierre Koffmann. Under these old masters – all bearers of three Michelin stars at a minimum, and in Ducasse’s case, 21 – Kitchin learned the time-honoured fundamentals of haute cuisine, through grinding hours, military precision and ruthless standards of excellence.

Take, for instance, his handiwork with all things crustacean. One classic dish, a cannelloni of langoustines with crab, brown shrimps and celeriac, is a celebration of North Sea shellfish; briny, sweet and unmistakably Scottish. Where Kitchin makes his gesture to the Auld Alliance, however, is in the crab velouté he serves with it: rich, buttery and ostentatiously orange, it elevates the dish to something as sumptuous as you’re likely to find in the grand dining halls of Paris or Monaco. Culture Trip speaks to Kitchin about Edinburgh’s wit, charm and vibrancy, and how both its elegance and robustness inform his approach to cooking. 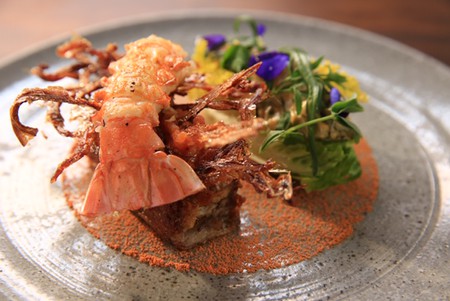 My name is Tom Kitchin, and I cook modern Scottish food that’s openly influenced by my years spent training in France. I work seasonally, I keep my produce local, and I use the very, very best of what Scotland has to offer; I call it working from nature to plate.

Living in Edinburgh, you sometimes take for granted the beauty of the city – you see it every day, and you can look past it. I visit my other restaurants most days, and there are often moments when I notice the beauty again, in the buildings and through the cobbly old streets, and I think of how lucky I am to live and raise my family here. You can see why the world wants to come to Edinburgh.

The city has so many amazing producers and ingredients on its doorstep, it’s really unbelievable. From hearty barley to wild deer to candy-sweet lobsters fresh out of the sea, we can get it all here. Personally, I love the smoked haddock we can get – it’s such a versatile ingredient, you can use it in a million different ways, but you can’t beat a good old-fashioned cullen skink with plenty of it in it. If there’s anything more warming, I’m yet to find it. Edinburgh is an amazingly diverse city – it has so many different cultures living together, working together, eating together. You can find every kind of cuisine in Edinburgh – my own included.

Where do you love to go in your city?

My wife Michaela and I often take our four boys to Inverleith Park on a Sunday, and from there I love walking down Portgower Place to Stockbridge. You come down past the cricket pitches, and in the summer it’s great seeing everyone out playing and enjoying sports. When you come down into Stockbridge, our gastro-pub, The Scran & Scallie, is at the end of the road and – call me biased – it’s a great spot to enjoy a drink and a Sunday roast after a long walk.

The Scots are big fans of rugby, and having Murrayfield Stadium in the heart of Edinburgh means that the city comes alive on a match weekend. It’s a phenomenal atmosphere, like nothing you’ve ever experienced: all the pubs and bars and restaurants, teeming with Scottish fans clad out in tartan and wearing their kilts. It could seem a bit intimidating, but they’re always friendly with the visiting team’s supporters, and whether Scotland win or lose, everyone wraps up the day with more than a few nips of whisky!

If I had to put my city on a plate, I’d set down our trademark dish: boned and rolled pig’s head, served with a langoustine tail and a few crispy pig’s ears. It’s been on the menu at The Kitchin since we opened – it’s kind of a calling card dish for me. To me, it’s the perfect expression of my philosophy, moving from nature to plate. We take the unappetising bits of the pig, treat them with care and skill, and make them luxury. It’s Scottish, it’s French; it’s elegant, it’s grounded; it’s Edinburgh, and it’s delicious. 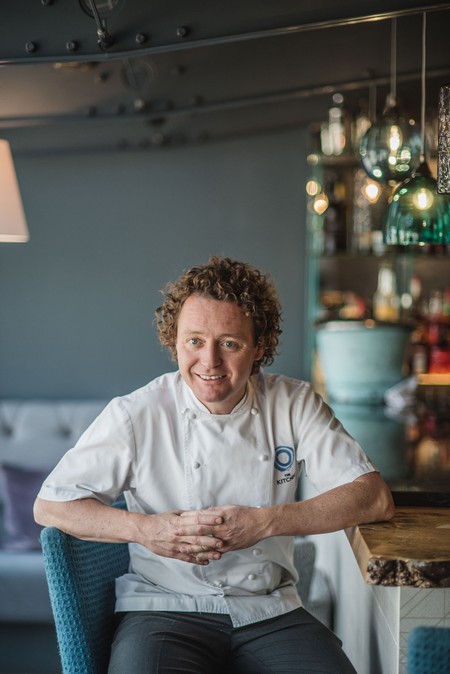 Kitchin’s restaurant is the best place to find modern Scottish cuisine, and is a must-visit in Edinburgh | Courtesy of Tom Kitchin

Tom Kitchin is the head chef of The Kitchin, a one Michelin-star fine dining restaurant in Edinburgh, and the proprietor of the Kitchin Group. Book a table, and keep up with Tom on Twitter or Instagram.