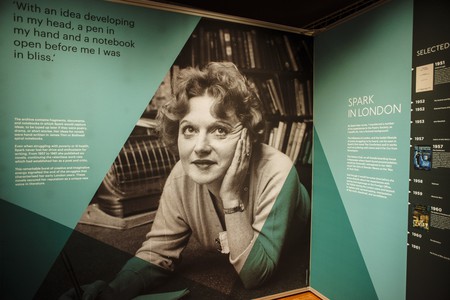 Dame Muriel Spark © Courtesy of the National Library of Scotland

Organisers of the Edinburgh International Book Festival have announced a grand celebration of Edinburgh-born author Dame Muriel Spark on the centenary of her birth in January, as part of the Muriel Spark 100 and the Book Festival’s Booked! Programme. Muriel Spark: Crème de la Crème will feature an evening of readings and performances at Usher Hall, with literary luminaries such as Ian Rankin leading the tribute to one of the world’s best-loved writers. 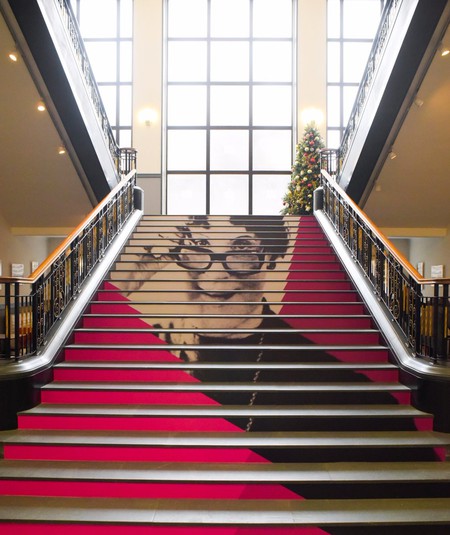 In her autobiography Curriculum Vitae, Spark writes about Miss Kay, a formative teacher during her years at James Gillespie’s School for Girls: ‘Miss Kay predicted my future as a writer in the most emphatic terms’, she says. ‘I felt I hardly had much choice in the matter.’ But even then she could not have anticipated the richness of the career before her, which would span twenty-two novels, three continents, innumerable works of poetry and criticism, and so much more.

Miss Kay would become the basis for Jean Brodie, the charismatic teacher at the centre of Spark’s most celebrated novel, The Prime of Miss Jean Brodie. Set at the fictional Marcia Blaine School for Girls in Edinburgh, Miss Brodie’s unorthodox teaching methods set her at odds against the conservative atmosphere of the school. Declaring herself at her ‘prime’, Miss Brodie singles out an elite group of girls who come to be known as the ‘Brodie set’, upon whom she imparts her own unconventional ideals, and with ramifications that ripple out into the rest of their lives. ‘Give me a girl at an impressionable age, and she is mine for life’, Miss Brodie famously declares.

Miss Brodie’s lasting influence upon her students mirrors the indelible legacy that Spark left upon the international literary scene. Born in Edinburgh’s Bruntsfield neighbourhood in 1918, she married in 1937 and followed her husband to present-day Zimbabwe. There she began writing evocative lyrical poetry about the African continent. After the breakdown of her marriage, she returned to the UK in 1944. Upon establishing herself in London, she turned from verse to prose, and quickly earned the praise and admiration of her contemporaries T S Eliot, Graham Green and Doris Lessing.

After the publication of The Prime of Miss Jean Brodie in 1961, she relocated to New York City and began writing for The New Yorker. Spark embraced the glamourous whirlwind of the city, enjoying lavish expenses at Bergdorf Goodman and rubbing elbows with the likes of Blanche Knopf and John Updike. She spent the last years of her life in Rome, harmonising a life of revelry with an unrelentingly prolific literary output. Her archives, now held by the National Library of Scotland, reveal adoring letters from presidents and prime ministers, royals and artists alike. 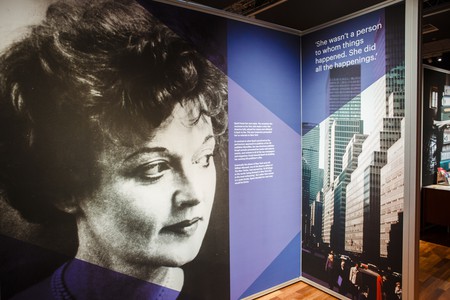 Though Spark never returned to live in Edinburgh, her city of birth was a formative creative influence. In The Prime of Miss Jean Brodie, Sandy – one of Miss Brodie’s chosen acolytes and particular confidant – is struck in a moment of affection for her teacher, sensing that ‘Miss Brodie looked beautiful and fragile, just as dark heavy Edinburgh itself could suddenly be changed into a floating city when the light was a special pearly white and fell upon one of the gracefully fashioned streets.’

Throughout 2018, the Muriel Spark 100 will celebrate Spark’s diversity of magnificent achievements and her literary ties to Edinburgh. In addition to the event at Usher Hall, highlights include a walking tour titled ‘Walking Spark’, which will lead visitors down the streets which inspired her and the places that played a pivotal role in her works. Edinburgh Spy Week will also be playing homage to the themes of espionage and intrigue that run through her novels, as influenced by Spark’s time working in MI6’s propaganda unit. Likewise, the National Library of Scotland has curated an excellent exhibition of her personal artefacts and letters from their archives, which showcases both Spark’s serious and infallibly comedic sides; the poverty and the glitz at the two ends of her life. Artists and writers such as former Edinburgh Makar Stewart Conn, Alan Taylor and Elaine Feinstein will be hosting readings and discussions about her impact in both fiction and poetry, whilst the Scottish Poetry Library will be hosting workshops on poetry criticism using her extensive portfolio in criticism as an example and inspiration. 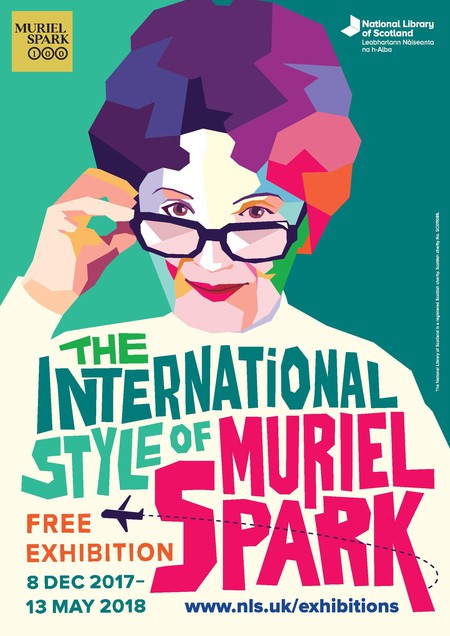 Despite the passage of time, Spark’s bright legacy remains undimmed. With celebrations in her honour taking place across both Scotland and the world in 2018, it becomes clear that Spark’s life in many ways mirrored her famous protagonist’s sage advice to her students: ‘Safety does not come first. Goodness, Truth and Beauty come first. Follow me.’ 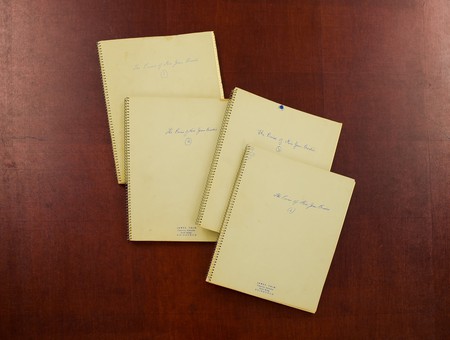 © Courtesy of the National Library of Scotland
Give us feedback