Castles Near Edinburgh Worth a Visit 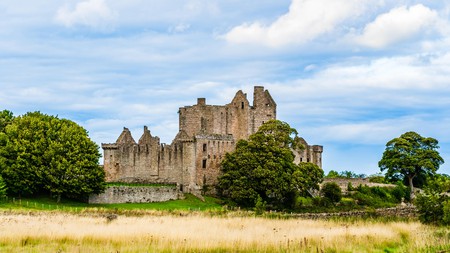 Craigmillar Castle, best known for its association with Mary, Queen of Scots, is one of the top castles to visit near Edinburgh | © PhotoFires / Alamy Stock Photo

The castles in and around Scotland’s capital have been the inspiration for literature, film and TV. From Tantallon Castle to Blackness Castle, these are the best castles near Edinburgh that you can visit, each one brimming with historical intrigue. 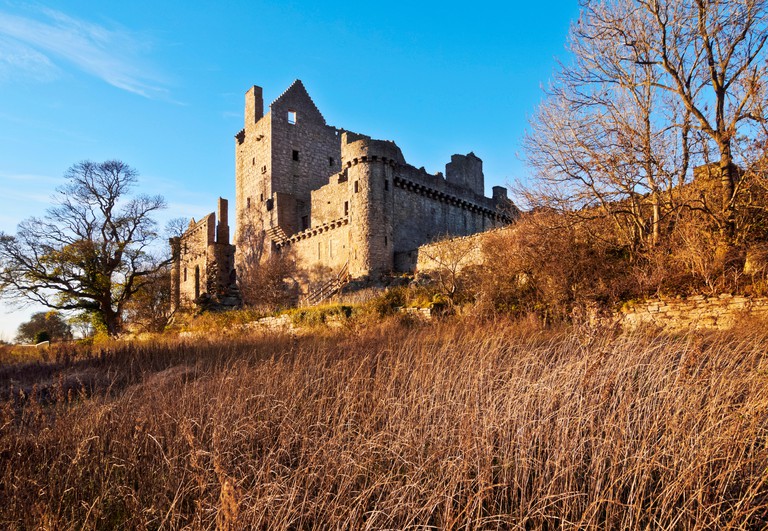 © Jon Arnold Images Ltd / Alamy Stock Photo
On the outskirts of South Edinburgh, Craigmillar Castle has a long history. It has ties to Mary, Queen of Scots, as she fled here during the plot to murder her husband, and its roots date back to the feudal barons of the region. Though technically a ruin as it has no roof, it is one of the best-preserved medieval castles in Scotland. Spiral staircases and tucked-away rooms can still be explored, and information boards make a self-guided wander around the nooks and crannies a treat, revealing the colourful history of the castle as you go.
Open In Google Maps
Craigmillar Castle Road, Edinburgh, Scotland, EH16 4SY, United Kingdom
+441316614445
Visit Website
Give us feedback

This castle hotel on the River Esk just outside Edinburgh was once the seat of the Earl of Dalhousie. Now a popular spot for weddings and spa breaks, the castle has seen the likes of Edward I (Longshanks), Alexander Ramsay and Oliver Cromwell prepare for battle. You can stay overnight in one of the castle’s sumptuous rooms, or visit the atmospheric Dungeon Restaurant in the bowels of the castle where a medieval-inspired feast is served in the stone chambers overlooked by knightly armour. There’s also an on-site bird sanctuary where majestic hawks and cute owls wait to greet you. 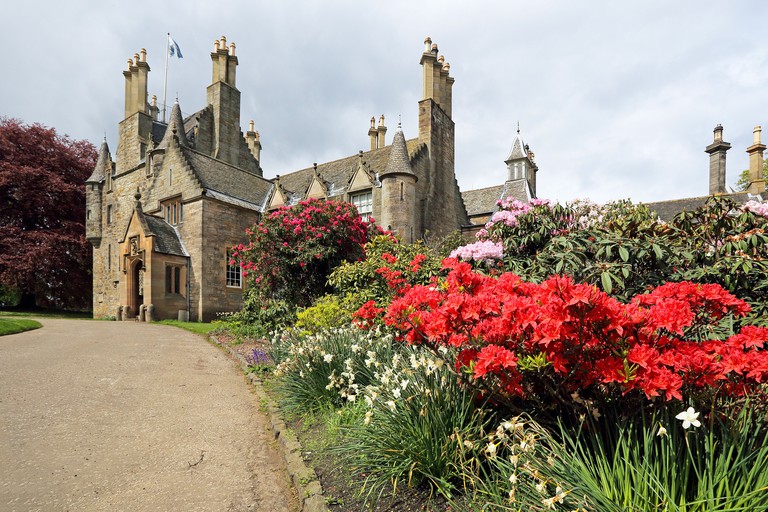 © Axator Brimshaw / Alamy Stock Photo
Set back from the shore at Cramond, this mansion-like castle boasts spectacular views across the water. The immense grounds are free to explore; wander across the sprawling lawn, along forest paths, past secret statues and into the picturesque Japanese garden. Entry to Lauriston Castle itself is by pre-booked tour, or a scheduled tour that runs daily at 2pm. The Reid Family, former owners, were avid collectors, and their private collection of furniture and art is displayed throughout the house, like an Edwardian mansion frozen in time. Plus, the library has a fantastic collection of rare and antique books. Lauriston Castle also runs a programme of events, including garden parties, Victorian fetes and crafty Christmas markets.
Open In Google Maps
2 Cramond Road South, Edinburgh, Scotland, EH4 6AD, United Kingdom
+441313362060
Visit Website
Give us feedback

Serving as the backdrop for films and TV series such as Outlander, Outlaw King and Mary Queen of Scots, Blackness Castle, jutting out into the Firth of Forth, makes for a dramatic sight. It was never designed as a country getaway or stately home. Blackness was a fortress made to keep out attacking armies and keep in prisoners of war. Known as the “ship that never sailed”, it is surrounded by water on all sides, and the views from the top of the keep over the Firth are magnificent. Visit Scotland has made an Outlander audio guide especially for Blackness. 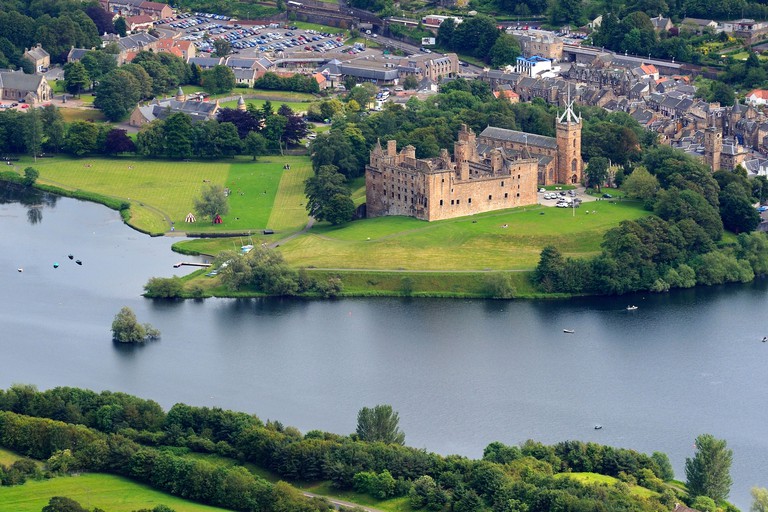 © Hemis / Alamy Stock Photo
In the old town of Linlithgow, some 32km (20mi) outside of Edinburgh, this incredible palace takes pride of place. Reflected by the glassy surface of Linlithgow Loch, this sprawling building was the birthplace of Mary, Queen of Scots, and was the favourite royal residence of the House of Stuart. Another Outlander filming location, the site boasts an exterior like the castles of fairytales and imagination. The walls have survived since the 15th century and still maintain the detailed masonry commissioned by James I. A guided tour or self-guided wander really is like stepping back in time.
Open In Google Maps
Kirkgate, Linlithgow, Scotland, EH49 7AL, United Kingdom
+441506842896
Visit Website
Give us feedback

If you asked a child to draw a castle, it would probably look like Dirleton; stone turrets, a portcullis and a dramatic entrance across a moat. The towers may be crumbling now and the moat dried up, but this well-preserved ruin outside North Berwick still screams traditional Scottish castle. Dating back to the 13th century, this was the stronghold for the local lord. Now, the ruins remain surrounded by fantastic grounds, with the longest herbaceous border in the country. Pro tip: It’s a 15-minute drive between Dirleton Castle and Tantallon Castle, so combine the two for the perfect historic day trip from Edinburgh.

© John Carroll Photography / Alamy Stock Photo
This cliff-top castle near North Berwick isn’t on everybody’s radar, but it is one of the most striking scenes around Edinburgh. The subject of moody paintings over the years, the dramatic ruins of the 14th-century keep are perched on the rocks above the restless North Sea. Bass Rock floats in the background, making this the perfect photo opportunity. Those aiming their cameras at the upper windows might snap an eerie image of the Tantallon ghost, whose anguished face has been the source of paranormal speculation over the years.
Open In Google Maps
North Berwick, Scotland, EH39 5PN, United Kingdom
+441620892727
Visit Website
Give us feedback
Give us feedback