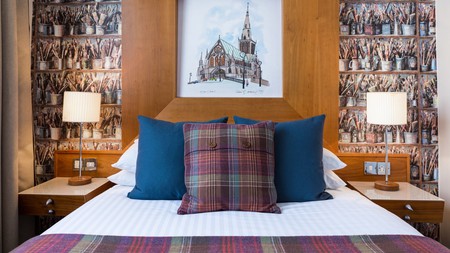 Glasgow is the perfect city-break candidate, albeit one that comes with a serious neck-crick. You’ll find yourself beneath Victorian facades, gawping at statue-filled Georgian squares, craning up at Gothic buildings and paying tribute to the city’s architectural icon, Charles Rennie Mackintosh. Increasingly, though, the city’s main draw card is its unparalleled hotels – many of which are design masterpieces in their own right. Here are our favourite boutique hotels in Glasgow. 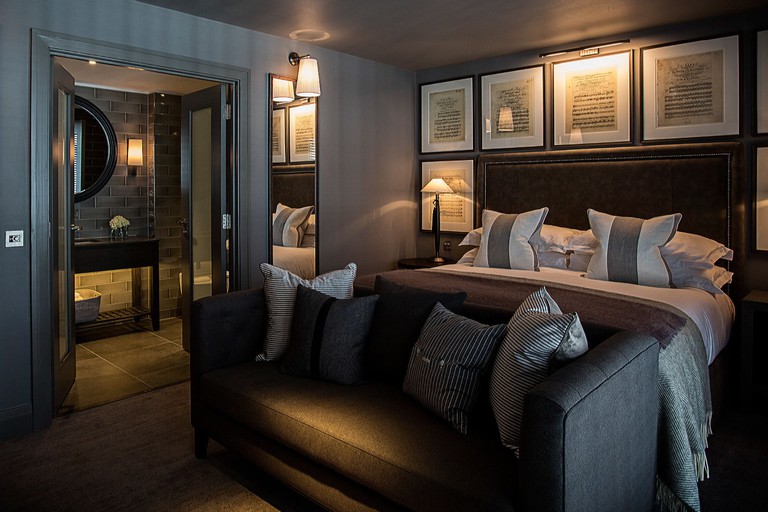 Forget the minimalist block-style exterior. You have to look past that aesthetic to see why this hotel has been crowned one of the city’s see-and-be-seen hot tickets. For starters, the rooms don’t skimp on perks – you can take a monsoon shower, grab a gym pass and scan through unlimited Sky sports and movies. The Dakota has a Midtown Manhattan vibe, particularly so at the Grill, with its exposed brickwork and coal-fired rib-eyes and filets. Afterwards, slip behind the grand velvet curtains and into the secret Champagne Room. Chin-chin, big yin, as they say in Scotland. 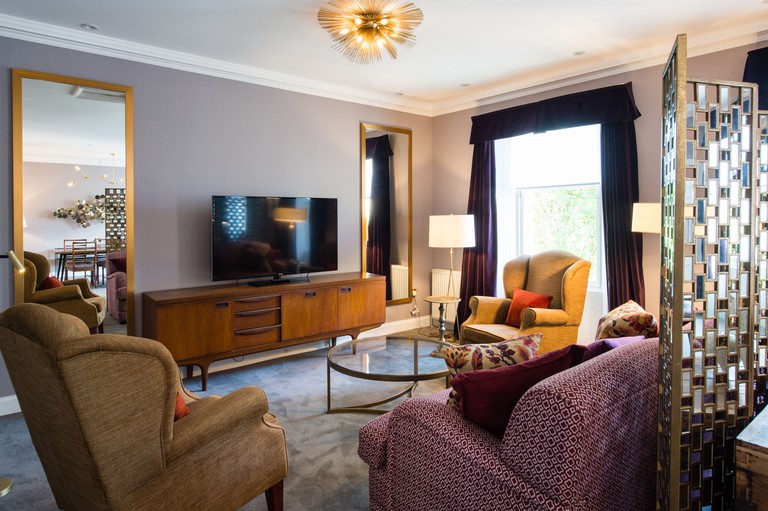 Courtesy of Hotel Du Vin / Expedia
View Rooms
One Devonshire Gardens, long a prime strip of real estate in Glasgow’s West End, is home to an outpost of this lovable boutique hotel chain. Despite the gentrified city clientele, you’ll find Highland whimsy front and centre, with lashings of tartan and floral wallpaper, wood-panelled corridors, a snug cigar shack and whisky room brimming with single malts. Highlights-wise, don’t miss the leafy vibe of the Botanic Gardens across Great Western Road, and make a beeline to the thrift stores and independent boutiques on Byers Road. Afterwards, the fairy-lit boozers of Ashton Lane are calling.
More info 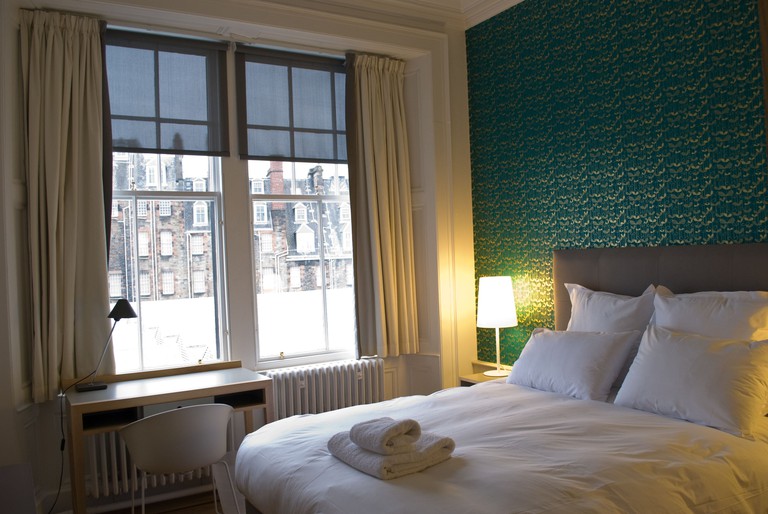 Courtesy of Grasshoppers Glasgow / Expedia
View Rooms
Sat on top of – and inside – Glasgow Central Station, this century-old historic railway building was built for the former Caledonian Railway Company. That means penthouse-to-platform hops are possible when you’re in a rush, and rooms comfier than a night onboard the Orient Express. Besides the station, hotel talk centres around the Kitchen, where Scotland’s greatest hits (kippers and cream-topped porridge) make regular appearances at breakfast.
More info 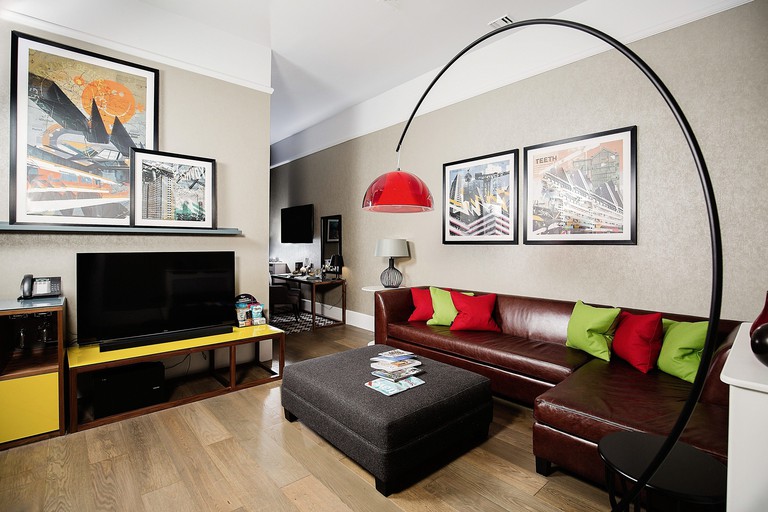 Named after Napoleon Bonaparte’s Château de Malmaison, meaning “the naughty house”, this landmark hotel is true to its name. It may be housed in a former Greek Episcopal church, but the designers have done their best to forget the devout former tenants. Throughout the interior, stunning architecture is mixed with contemporary nuances: pop art hangs in rooms; beer barrels are stacked left, right and centre; and exposed red piping snakes across the ceiling of the Chez Mal bar. Here, in the former crypt, the main event is devilish Black Angus filet, plus a bible of red wines. Praise be. 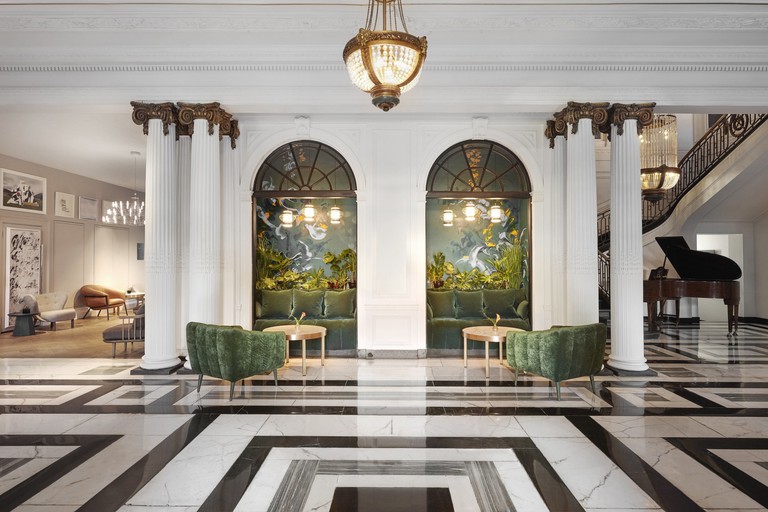 Believe us, this is Glasgow’s most daring, inventive hotel — but it comes at a price. It overlooks a square crowded with townhouses and offices near Charing Cross, but that belies its history, for this was once home to the Royal Scottish Automobile Club, from where the fabled Monte Carlo Rally would start. It’s now part of the whip-smart IHG portfolio, but there’s still plenty to savour, from a grand piano in the lobby to sweeping staircases, Doric columns, bespoke art and the city’s most decadent spa. In-house restaurant Bo & Birdy has a stunning walk-around bar, while bikes are free to borrow. 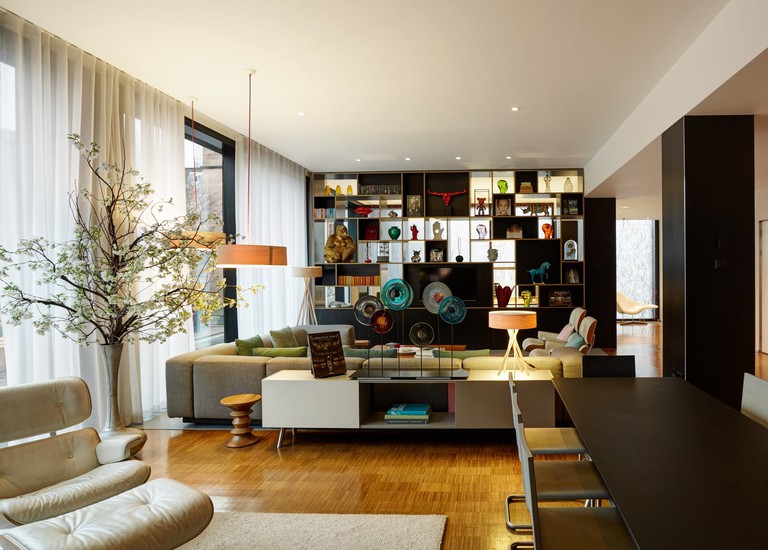 The arrival of this Dutch-born pod-hotel kickstarted a revolution for budget travellers when it opened a decade ago. The low-price USP still remains, as do the canteen kitchen, pop-culture-friendly hangout zone and distilled millennial vibe. Identical rooms deliver on all sorts of comfort, from capsule power showers and in-room movies to mood lighting and push-button shutters. For its location, off non-stop Sauchiehall Street, it’s still the model hotel. 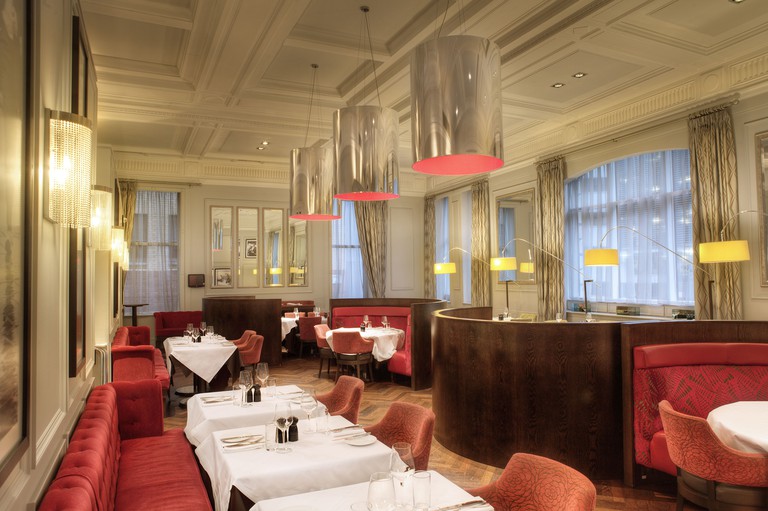 Courtesy of Indigo Glasgow / Expedia
View Rooms
A fabulous addition to Glasgow’s downtown financial district, this hotel does justice to the building’s 19th-century sandstone architecture and the city’s godfather of cool, Charles Rennie Mackintosh. Rooms are individually tailored with real savoir faire, while the addition of a Marco Pierre White restaurant brings in a business crowd for long lunches. There’s a fitness studio and gym, but a far smarter idea is to walk out, head held high, and explore Glasgow’s beautifully idiosyncratic design.
More info 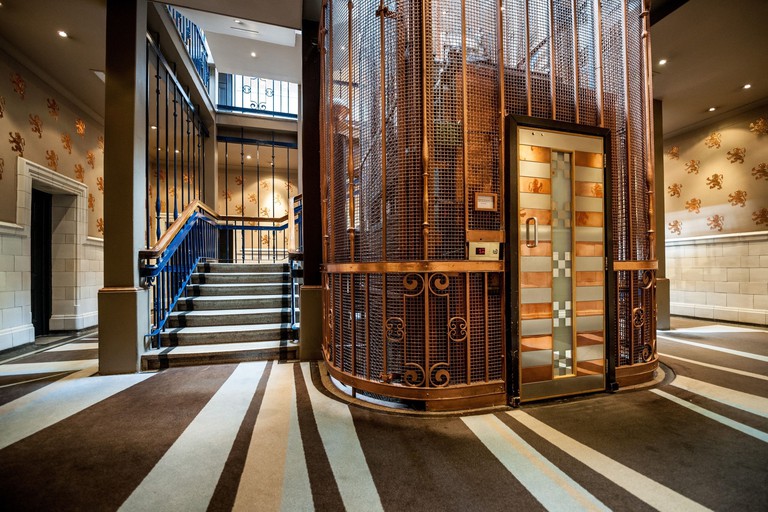 The former family home of liberalist Sir Henry Campbell-Bannerman, Britain’s prime minister from 1905 to 1908, this heritage building is characterised by glories past. Start in the heritage lift, with decorative cast-iron gate, then whisk yourself into rooms with divine stained-glass windows and furnishings in the style of a gentlemen’s club. Below street level there’s a corker of a gastropub and – as this is a city that knows how to have a good time – there’s plenty more to be had along Bath Street. Try shabby-chic the Butterfly and the Pig.