The Best Things To See And Do Around Sauchiehall Street, Glasgow

The Beresford Hotel, Glasgow | © Alex Liivet/Flickr
Praised as a sartorial stomping ground, Sauchiehall Street (pronounced saw-key-hall) is Glasgow’s main shopping artery. Overflowing with an eclectic array of shops, this famous street forms the city’s Style Mile or the ‘Golden Z’, together with Buchanan Street and Argyle Street. That’s not all. This buzzing area is awash with cultural attractions, eateries and watering holes worth seeking out. So, explore every nook and cranny and enjoy our guide to the top attractions around Sauchiehall Street, Glasgow.

Bask in the Glory Encompassing the Glasgow School of Art

Art lover or not, there’s no denying the long list of talent to emerge from the Glasgow School of Art from Charles Rennie Mackintosh himself to multiple Turner Prize winners. You can almost feel the creativity and innovation oozing across campus. The Mackintosh Building, which is regarded as one of the mastermind’s greatest works, was built between 1897 and 1909 and is a visual feast for architecture buffs. Daily student-led tours offer a hyperlocal insight into the university, Charles Rennie Mackintosh and his prolific designs, along with an exclusive peak at GSA’s personal collection of rare artworks and original pieces. 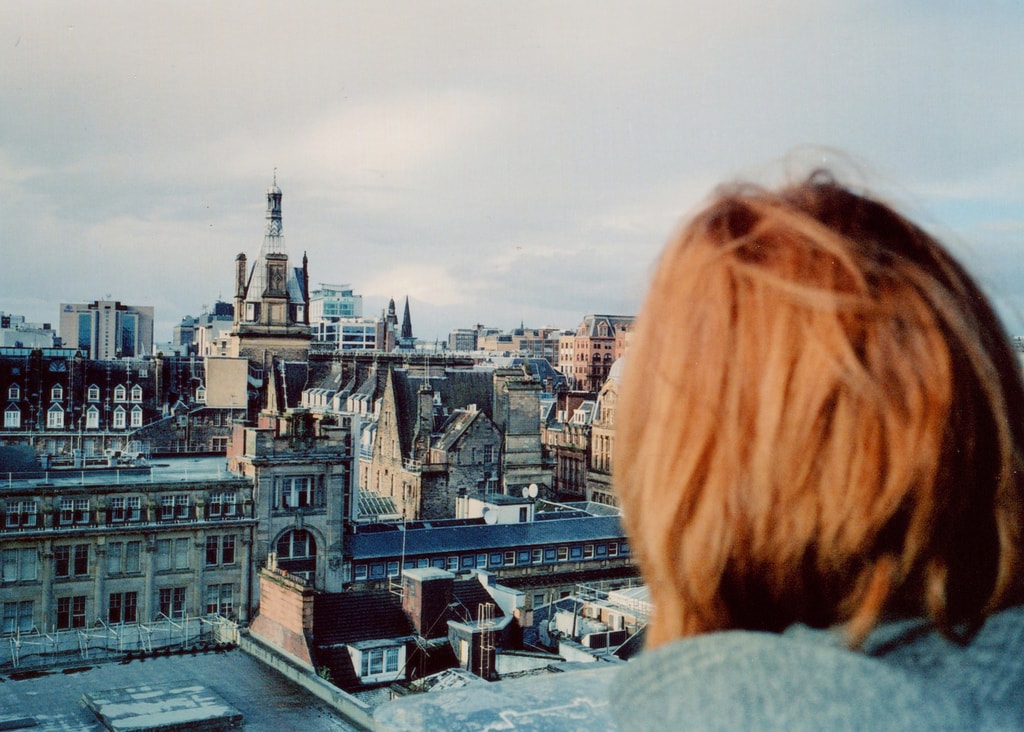 See a Local Indie Film at the Glasgow Film Theatre

The Glasgow Film Theatre, an independent cinema in the Art Deco style, has served as somewhat of an institution since it first opened as The Cosmo in 1939. As Scotland’s first arts cinema and the UK’s second purpose-built arthouse, it has always been a coveted spot. In 1974, it reopened as the Glasgow Film Theatre. Graced with a comforting old-timey feel – the type that takes you into daydreams of a bygone Hollywood – GFT screens a diverse spread of international cinema, classic films, documentaries and locally produced work. It’s also home to the Glasgow Film Festival. 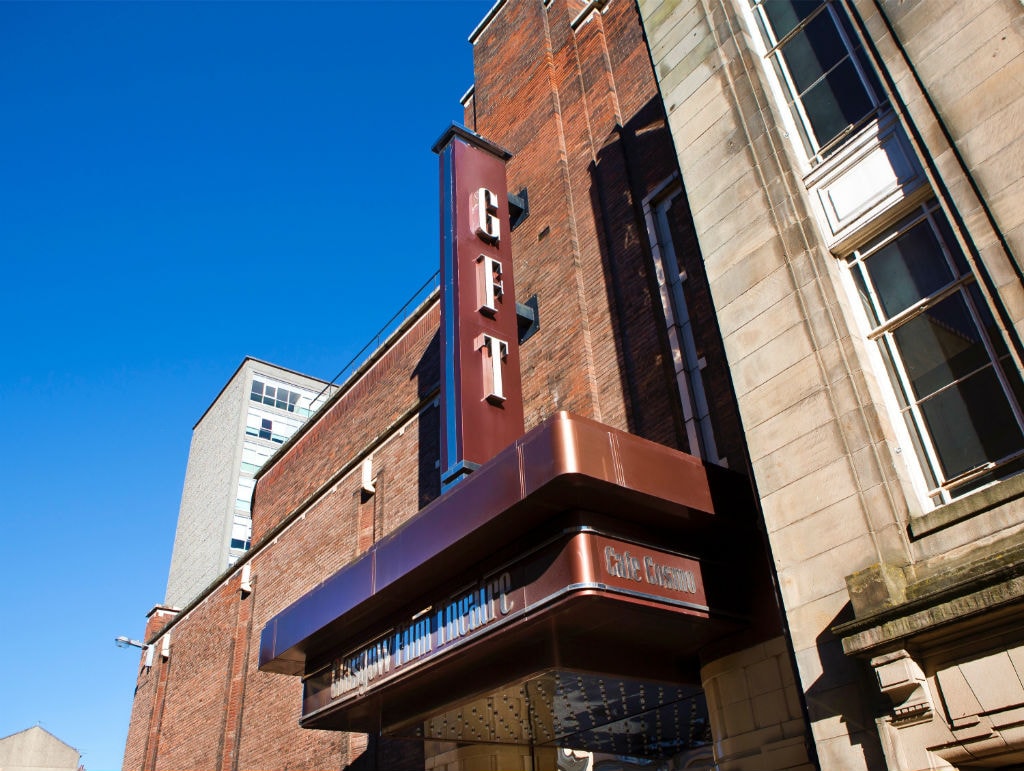 Admire the Architecture of the Former Beresford Hotel

Historical Landmark, Building
The Beresford Hotel is yet another jewel in Glasgow’s resplendent architecture crown. Located at 460 Sauchiehall Street, the Art-Deco-cum-Streamline-Moderne stamp is all part of the architectural allure. Opened in 1938, The Beresford is famed as Glasgow’s very ‘first skyscraper’ (thanks to its 10 storeys) and served as a new hotel for the swarms of people visiting during the Empire Exhibition. Today, the building is home to a flurry of very arty, privately owned flats.
More Info
Open In Google Maps
460 Sauchiehall Street, Glasgow, Scotland, G2 3JU, United Kingdom
View menu
Visit website
Visit Facebook page
Send an Email
Give us feedback

Swing By the Willow Tea Rooms at Watt Brothers

You can’t go to Glasgow without stopping by The Willow Tea Rooms, an undeniably charming place specialising in unique afternoon teas made from the finest local ingredients. The wealth of homemade bites and tried-and-true tea classics never cease to satisfy the palate. Found on the third floor of Watt Brothers, a walnut-paneled local department store still going strong since it opened before WWI, the Sauchiehall Street location is full of pizzazz and distinct Mackintosh design flair. 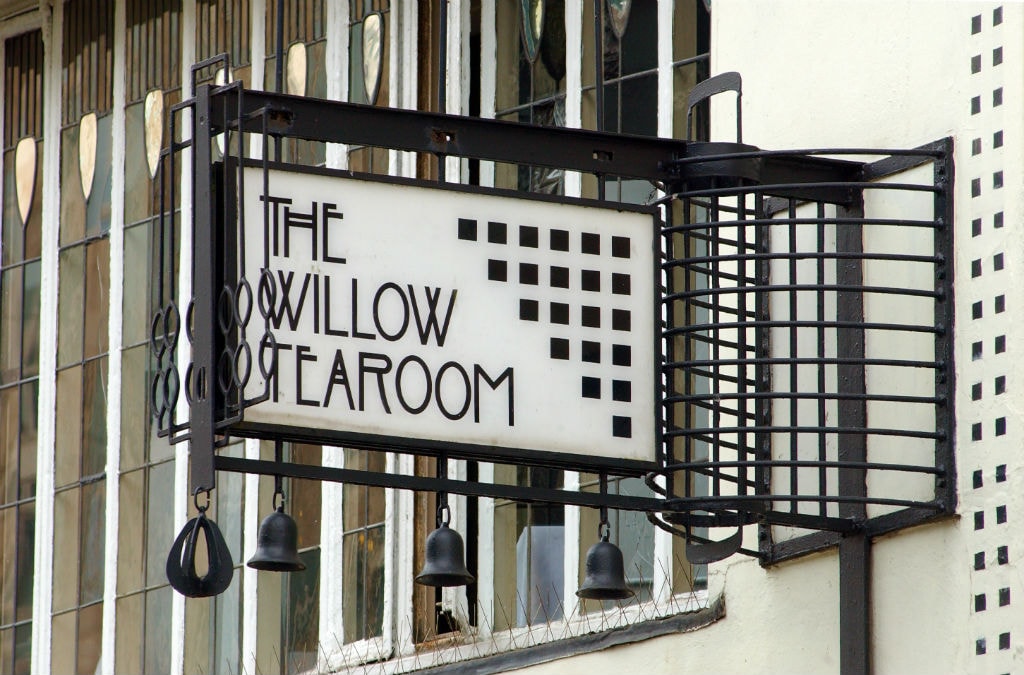 Hang Out at the Centre For Contemporary Arts

Glasgow has art running through its veins. The Centre For Contemporary Arts is a prime example of the sheer scope of talent found embedded into the social psyche. There’s always something of interest up for grabs, whether it’s a thought-provoking exhibition, festival, spoken-word performance, film screening or music show. As a champion for the contemporary arts, CCA curates six exhibitions per year and acts as a platform for both established and emerging artists on a national and international level. Hidden inside is the amazing Saramago Café and Bar – you won’t want to leave. 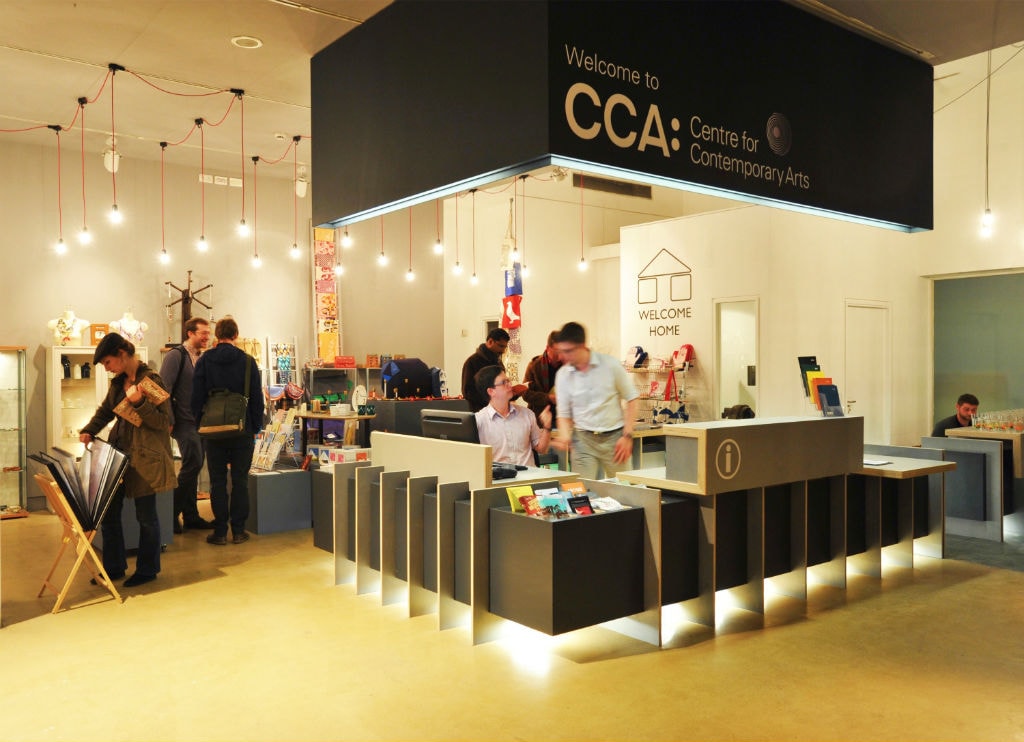 Ignore the questionable name and embrace the epic wonder that is Nice ‘n’ Sleazy. Renowned for its string of skilled DJs bearing badass tunes and beat-infused gig nights, this legendary establishment is synonymous with epic nights out. Frequented by hipsters, indie lovers, counter culturalists and everyone else in between, Sleazys is a known haunt for the band members of Franz Ferdinand, Mogwai and Arab Strap. This poster-clad bolt-hole of a buzzing venue has its own jukebox, too.

Indulge in Some Clever Dishes at Singl-end

Singl-end is one of those places that leaves you wanting more, it’s that good. Fuss-free and brimming with authentic ambience, this community café and bake house puts out some mouthwatering dishes, while granting all brunch-related wishes one Eggs Benedict at a time. They even serve cocktails (try the gin and elderflower cooler), wine, prosecco, lager and ale. All that fun stuff aside, it’s the home baking and bread that turns heads. 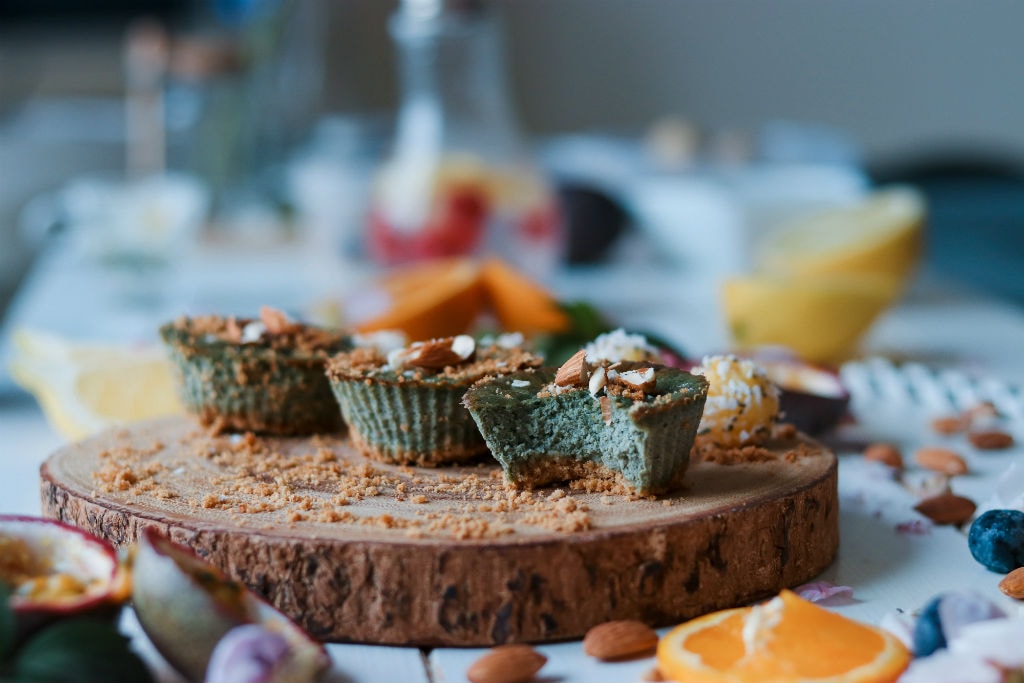 Celebrate Poet Charles Bukowski with a Bourbon at Chinaski’s

Chinaski’s, a bar dedicated solely to German American poet, short-story writer and novelist Charles Bukowski, is the kind of place you want to make your local. Mood lighting and cosy surrounds set the scene for a desirable and almost romantic night filled with an endless array of bourbons and cigar-garden musings. Adding to the fun is the inventive menu, which features such delights as Korean Fried Chicken, Steamed Shetland Mussels and Fennel Seed and Pork burgers, to name a few. The vegan menu is one to write home about, too. 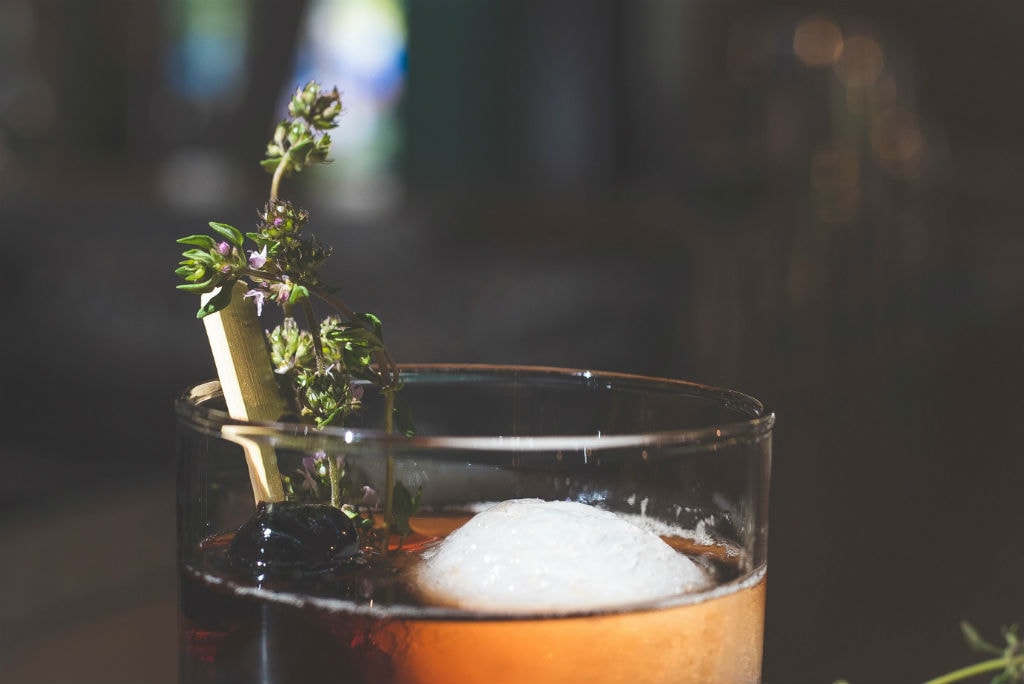 Witness a Past Glasgow Life at Tenement House

A must-visit attraction for anyone wanting to delve right into the local history. The Tenement House in Garnethill is a wonderfully restored example of a middle-class Glaswegian tenement house from the late 19th century. Step into a bygone past that’s suited and booted with original fittings and fixtures, such as the coal-fired kitchen range, and learn about Miss Agness Toward, the shorthand typist who resided there between 1911 and 1965. Dig deeper than the remaining possessions and explore what it meant to be an independent woman during that era. 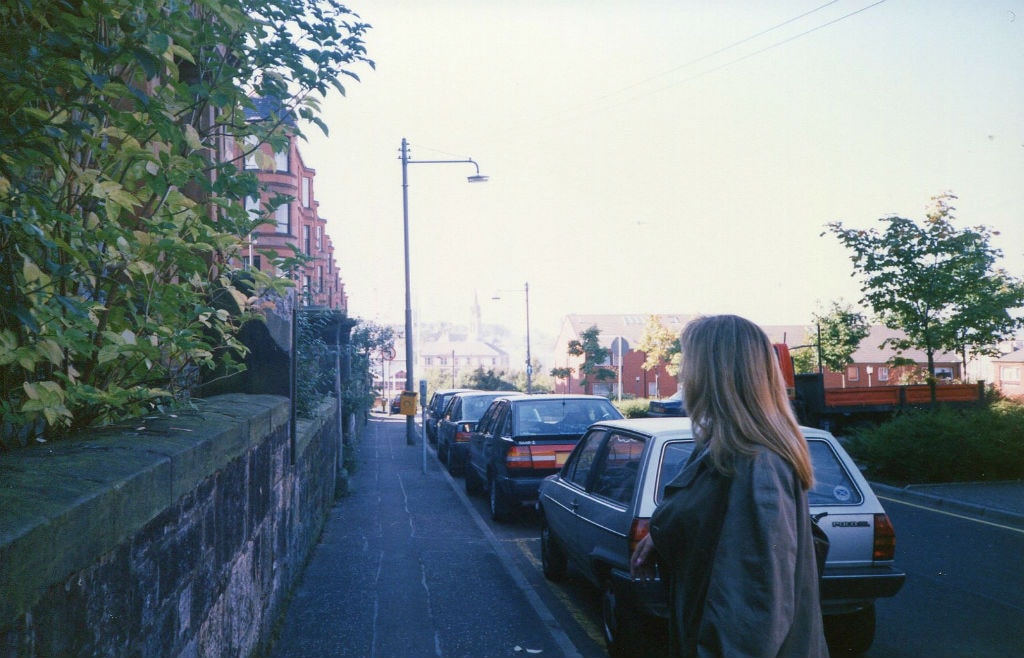