The Best Highland Games In Scotland

© Dave Conner/Flickr
For years, Scottish culture has been celebrated through an array of annual Highland Games held across the country (and other corners of the world). These events are draped in mountains of prestige and are clothed in tradition. From the heavy weight events such as the caber toss to swarms of tartan-clad pipers, these games symbolize the very best of Scotland’s colourful heritage. Witness this glorious and honourable spectacle in person and discover the best Highland Games events across Scotland.

Venture to the village of Braemar in Aberdeenshire and find the Braemar Gathering — one of the most prestigious and renowned Highland Games. A favourite amongst the British Royal Family, this annual gathering is referred to simply as ‘the Games’. These events were first held by Malcolm III, not long after the repeal of the 1746 Act of Proscription (an act which forbid clan gatherings). However, the Royal attendance has been a tradition for years. In 1844 Queen Victoria graced a gathering at Invercauld with her presence and was said to be a fan of the festivities. Since her reign, the patron of the Braemar Royal Highland Society has always been the current monarch. Every year, the Braemar Gathering commences on the first Saturday in September. 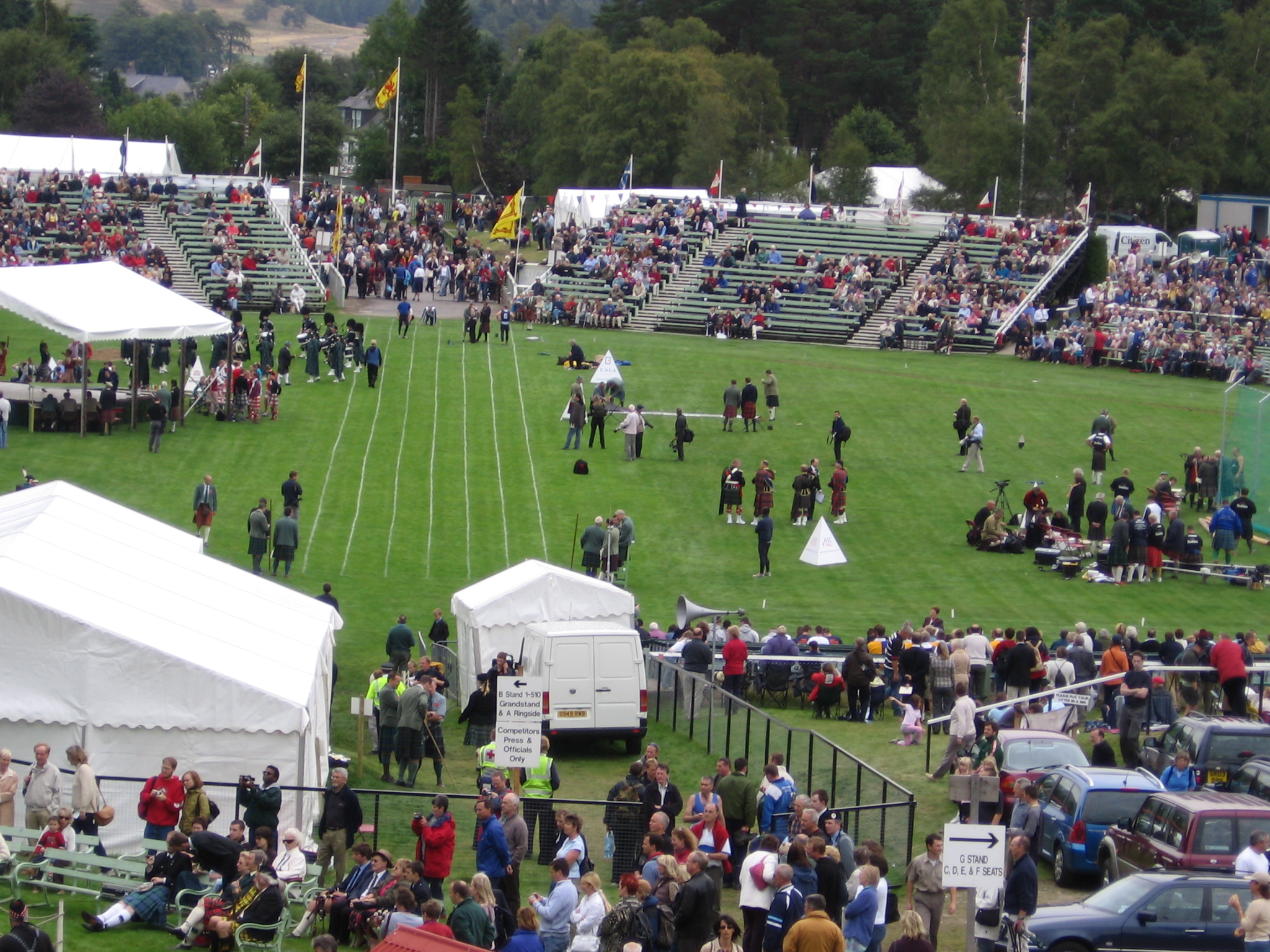 The town of Dunoon in Argyll hosts the largest Highland Games in the whole of Scotland. Since the first games in 1894, this beauty has been gathering well-deserved momentum. Today, Dunnoon doubles it’s population with anything from 15,000 to 20,000 attendees. Competitors travel far and wide from the likes of Canada, America, South Africa, New Zealand, and even Australia in order to partake in this highly esteemed competition. To put it into perspective, the Cowal Highland Gathering welcomes over 3,500 competitors each year. Since 1906, the most highly acclaimed pipe bands have appeared dressed in their finery in order to partake in the momentous occasion. They enter with the knowledge that every step, tone, sound, and tune will be carefully scrutinized before the best band can be judged. The world’s greatest Highland Dancers also gravitate towards Dunoon to Highland Fling their way into the World Championships. 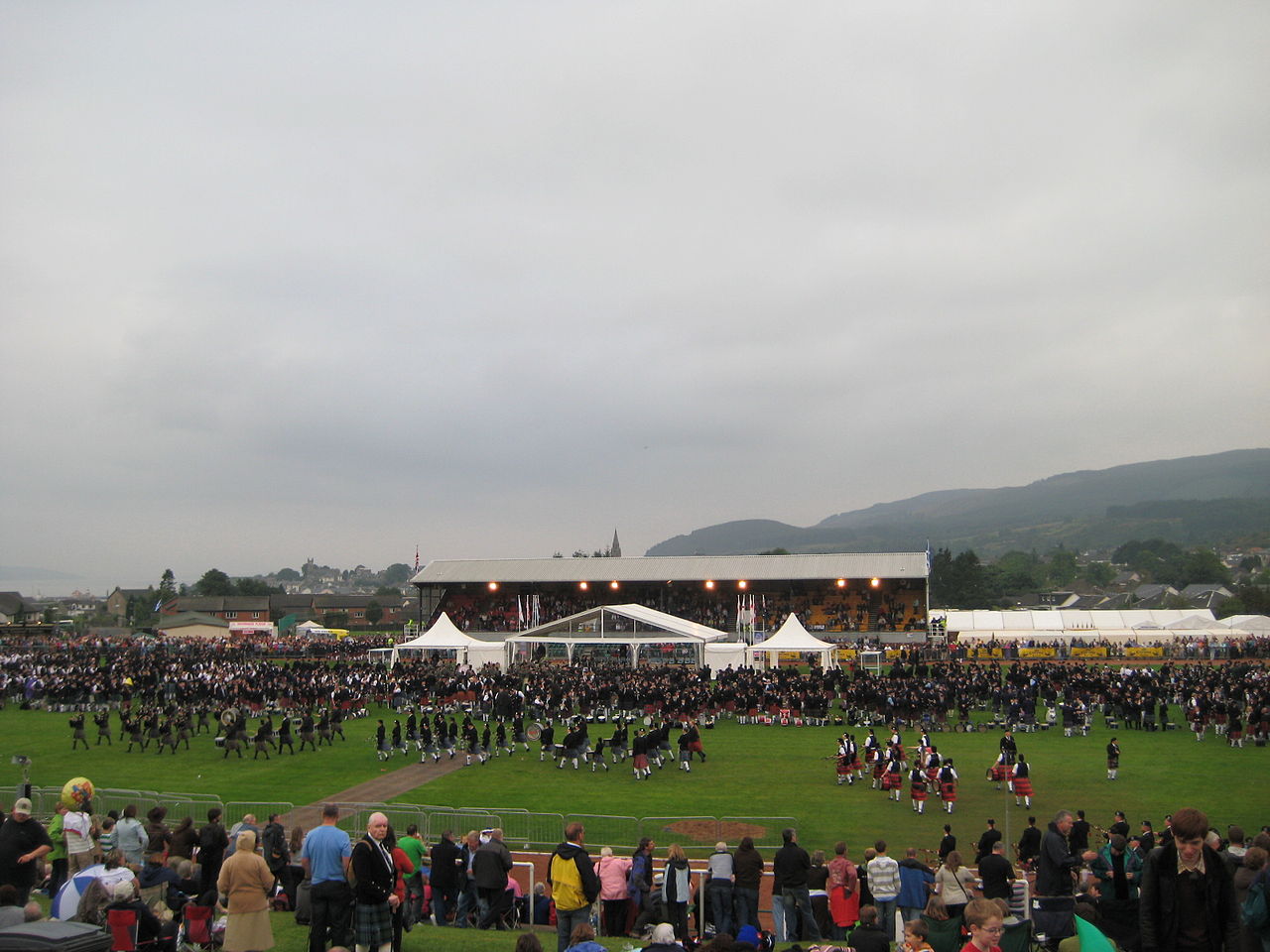 The Crieff Highland Gathering has been captivating the crowds since 1870. The games have taken place since then every August (with the exception of World War I). Like all other Highland Games, arrays of festivities are proudly presented. However, this one in particular is notorious for being the home of the Scottish Heavyweight Championships. In 2013, His Royal Highness the Earl of Strathearn (Prince William) became the Royal Chieftain of the games. The term chieftain dates back to the Scottish clans and is essentially a guest of honour. The Crieff Gathering has had an impressive display of chieftains from Ewan McGregor to Denis Lawson. Interestingly, these games have close ties with America and are directly linked with the Ohio Scottish Games. 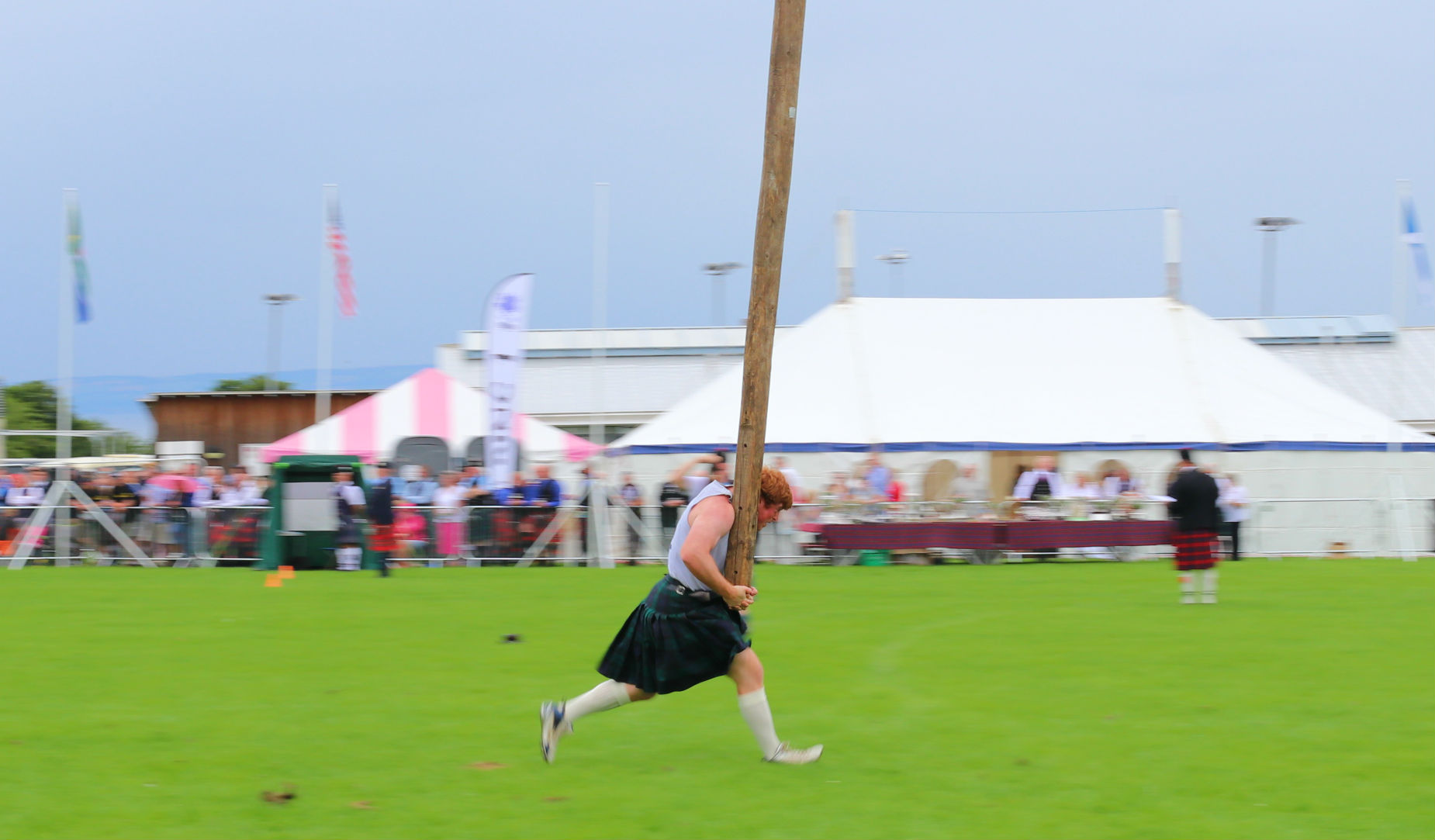 Strathdon, an area in Aberdeenshire, is home to the Lonach Highland Gathering and Games. It also happens to be the birthplace of the Lonach Highland and Friendly Society. Since 1823, this society has preserved imperative parts of Scottish heritage from the Gaelic language to Highland Dress. Onlookers at these games are fortunate enough to witness the march of the Lonach Highlanders as they parade from Bellabeg to Strathdon. This gathering focuses on all the typical heavy weight events, along with Highland dancing competitions. Visitors can expect to see the Highland Fling, Sword Dance, and of course, the Reel of Tulloch. James Bond aka Sean Connery himself. Billy Connolly, Ewan McGregor, and Queen Elizabeth II have all attended this outstanding cultural event as well. 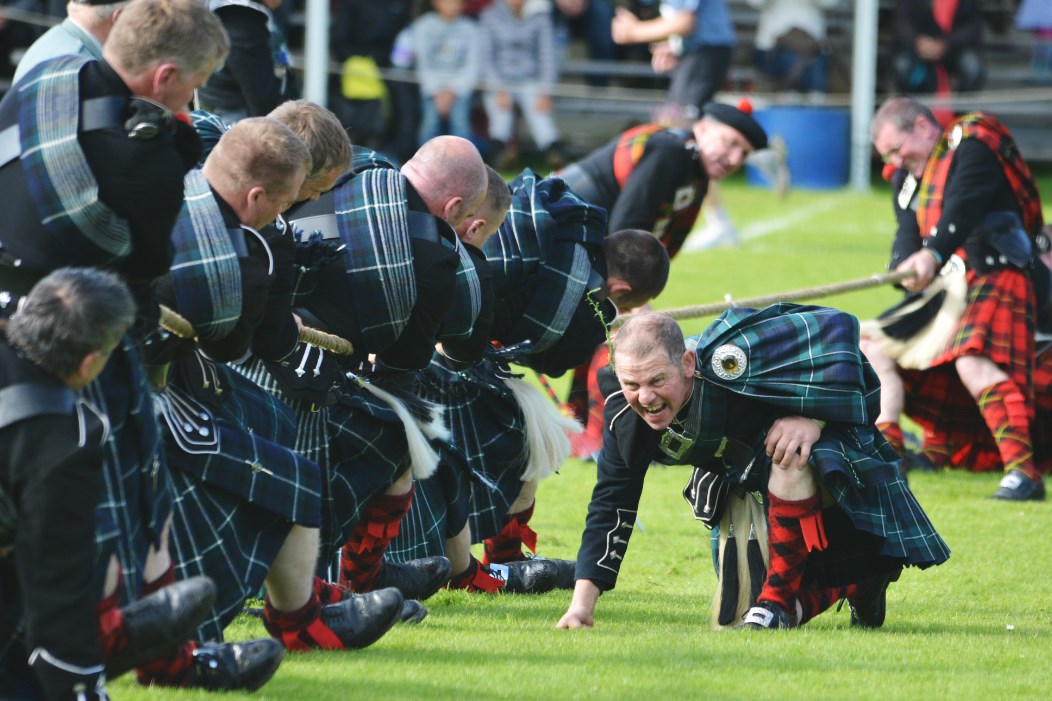 The Isle of Lewis in the Outer Hebrides is one of the most enchanting areas of Scotland. The crofting township of Carloway on this magnificent isle is home to the Carloway Show and Highland Games. This particular event is highly regarded for its agricultural show. Since 1911, locals have been venturing from far and wide in order to show their prize livestock and more. Additionally, the Carloway Show and Highland Games is home to the oldest ‘Maide Leisg’ competition. For those in the know, ‘Maide Leisg’ is actually pronounced ‘made leash’.

As ambiguous as it sounds, the aim of the game is fairly simple — it is a worthy test of strength. Both strength and balance are feverishly tested as the soles of the feet press those of their opponents. From there, the aim is to raise the other person off the ground with a stick held in their hands. At the end of the day, if you want to go to a real party, head to Carloway. 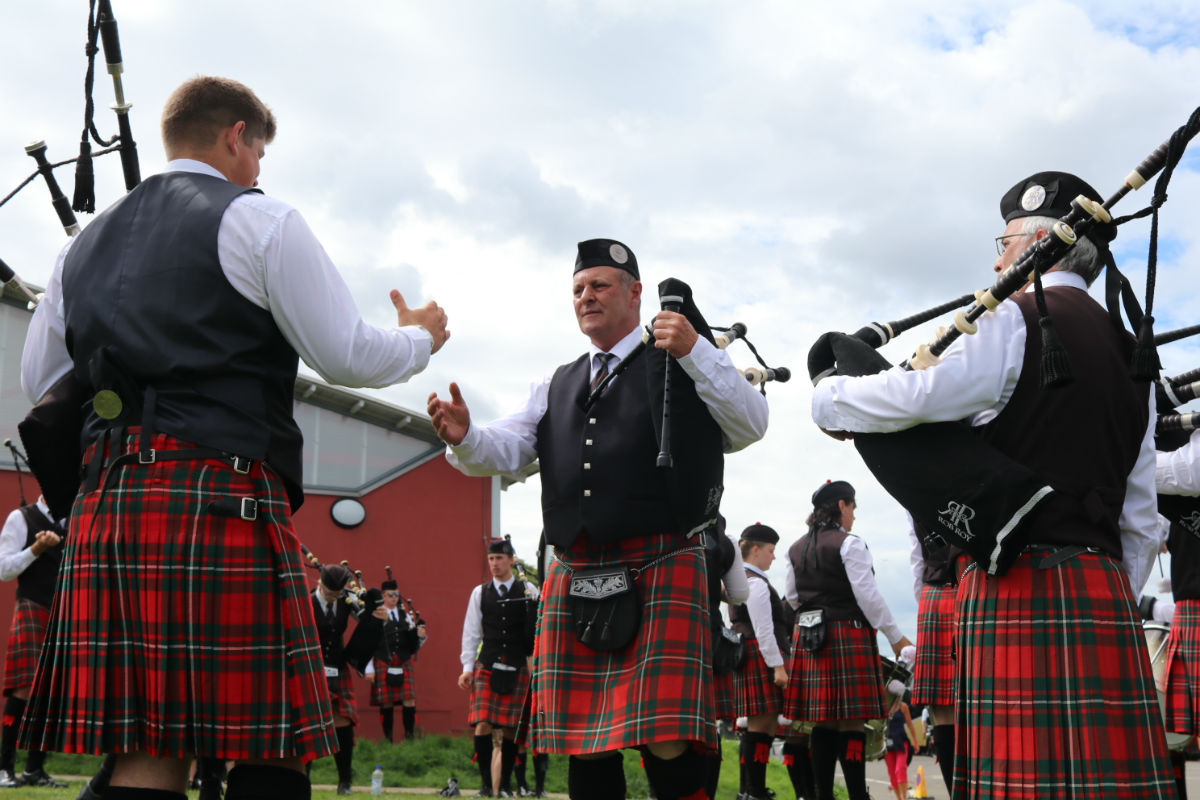