All You Need To Know About Exploring Fingal's Cave In Scotland

Otherworldly and exceptionally symmetrical, trust Scotland to host a cave capable of commandeering the hearts of Pink Floyd, artist J. M. W. Turner, Queen Victoria and Romantic composer Felix Mendelssohn. And that’s just scraping the surface! Situated on Staffa, an uninhabited island of the Inner Hebrides, Fingal’s Cave is the kind of place that looks like something out of a dream. 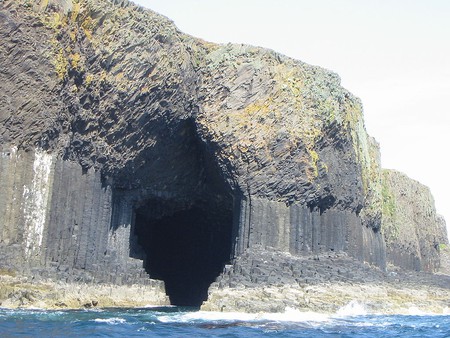 The cave, which looks like a contemporary masterpiece displayed in the MoMA, is comprised of multiple basalt columns, each hexagonally jointed and resembling saluting soldiers. As grand as the cavern itself, the entrance is a large gob of an opening, permeated with the swelling sea dancing harmoniously in and out as it pleases. Many who witness the columns in person insist that they must be man-made. On the contrary, they are merely a gift from nature. 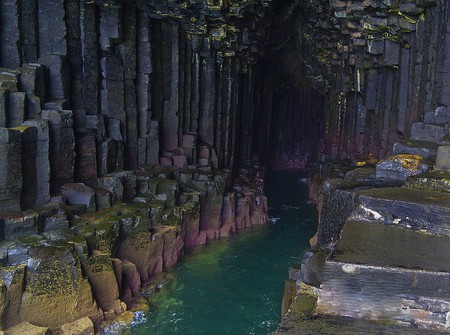 A defining characteristic of Fingal’s Cave is its incredible natural acoustics. Thanks to the naturally formed arched roof, the motion of the ocean makes the waves sing in hypnotic melodic keys. These spine-shivering harmonies, the cave’s choir, are often likened to the sounds heard resonating throughout a cathedral. Fondly referred to as ‘the melodious cave’ or An Uaimh Bhinn in Gaelic, there’s no denying the transcendental songs that reverberate against the basalt walls. 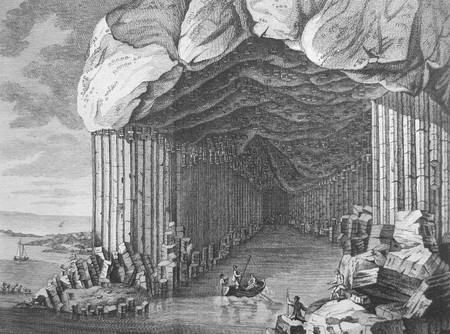 Following a treacherous sea journey around the wee isles of Scotland, the great romantic composer Felix Mendelssohn was so besotted with the land and Fingal’s Cave that he composed The Outer Hebrides, Op. 26, or Fingal’s Cave Overture. While appreciating this outstanding piece of music, images of the scintillating display of colours painted within the cave unite with the heroic sounds of the swell. 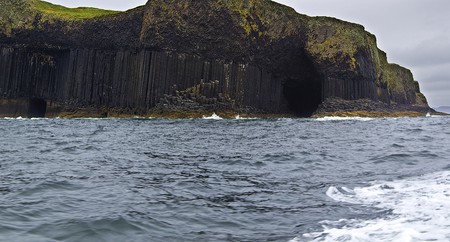 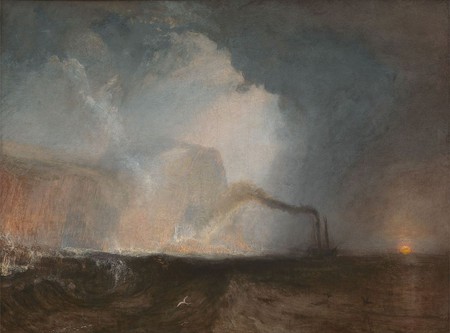 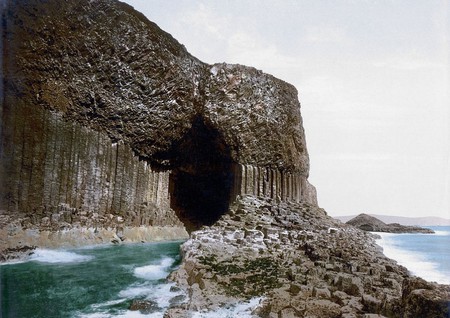 Witnessing the wondrous ways of Fingal’s Cave is a must for any bucket list. That first moment when the grand pillars enter into focus is one worth savouring. Whether post-puffin visit at Treshnish or following an epic exploration of the renowned Abbey on the Isle of Iona, there are plenty of boat tours to choose from, each with different routes and all as breathtaking as the next. If the weather permits, most tours allow you to set foot on Staffa and undergo an enlightening expedition inside this iconic cave.

Staffa Ferry | © dun_deagh/Flickr
Give us feedback