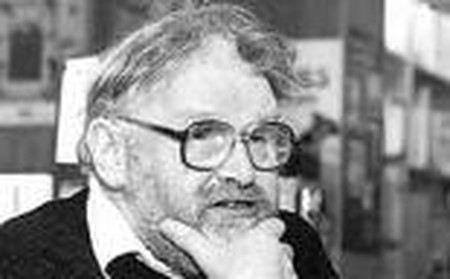 Alasdair Gray has carved out a niche as one of the most idiosyncratic writers and artists of the latter 20th century, creating unique and highly symbolic works, which he illustrates himself in his own inimitable style. Shelton Lindsay explores his work, and its implicit avowal of Scottish identity. 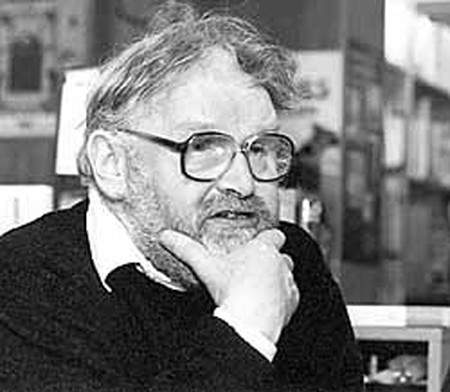 It’s a peculiar thing, how much the heavens can change depending where you stand. Up in Scotland a melancholic magic lives in the air. Or so I felt in the four years I lived up in the Scottish highlands; this uniquely Scottish world can be infectious. Without even noticing it’s happening its sensibilities can seep within the skin and changes the way you see reality. You can often tell when it’s the work of a Scottish artist. There is this mixture of the rawness of nature and the presence of humanity that culminate in a distinctly Scottish voice. This is why when I began reading Alasdair Gray’s seminal novel Lanark, before I knew anything of the man himself, I knew I was reading the inspired work of a very Scottish man. 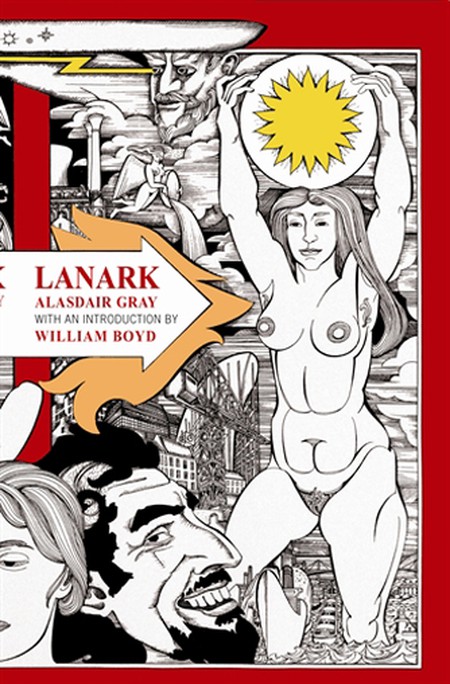 Born 28 December 1934 in Glasgow, Scotland, it would not surprise me to find Alasdair Gray’s hair is heath and his eyes are made of whiskey, so much so does the Scottish sensibility seem to flow through his veins. Often talked about as the ‘modern successor to William Blake’, Gray is a renaissance man whose artistic vision knows no boundaries. A prolific writer in innumerable genres and styles as well as a painter and muralist, his work is known for capturing the Scottish sensibility and the pathos of identity, all whilst maintaining an air of detached humour and craftsmanship. His quirky sensibility transforms all of his works into unique statements. Even his official website greets the viewer in a mirthful manner, which is both disconcerting and prompts exploration.

His paintings and murals display a heavily symbolic style. Such as his work Eden and After, a mural he completed in 1963. The mural is a juxtaposition of a variety of biblical scenes, and though its central image is one of the fall, it is a beautifully meditative and intimate moment. In the background we can see the temptation of Eve and Adam, but it is this beautiful discovery of physical love that dominates the piece. Gray’s work often complicates our experience of history and mythology by exploring deeply human emotions in a richly symbolic landscape. 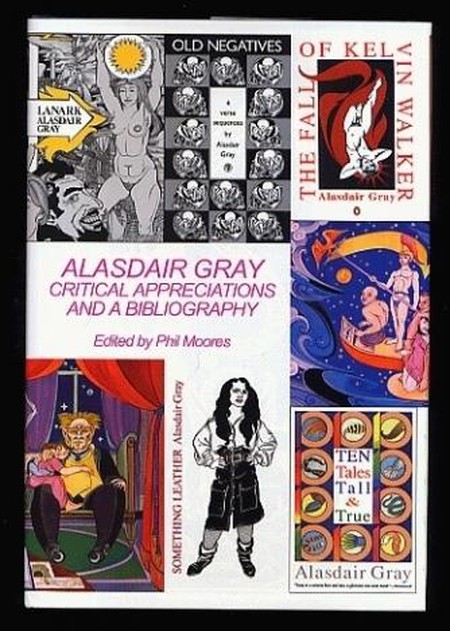 Will Self in his introduction to Alasdair Gray: Critical Appreciations and a Bibliography, says that ‘Gray is in my estimation a great writer, perhaps the greatest living in this archipelago today… treasure [his work]. Grip it tightly.’ Yet what Self does not explore is just how unique and explorative his work is. Lanark, the novel for which he is best known, is a dystopian novel written over a five year period that was heralded by the Guardian newspaper in 2008 as ‘one of the landmarks of 20th century fiction.’

Written as four books that appear in the convoluted order: Three, Prologue, One, Two, Four, (with an epilogue coming towards the end of the forth book – a decision made because, according to Gray, the epilogue was too important to leave to the end), Lanark is unlike any novel you have ever read. The book was designed to be explored and experienced in one direction, whilst ultimately shifting itself within your memory to be retroactively remembered in a new and more linear fashion. Thus the book actively haunts you. It begs you to come back to it, to meditate on it, to digest it. Yet it is not only the style that is so jarring. The themes, images and creatures that surface in this book are dark and insidious. For those who are fans of such works as House of Leaves, or the Raw Shark Texts, Lanark is their often forgotten stylistic and thematic father.

Gray may self deprecating see himself as “a fat, spectacled, balding, increasingly old Glasgow pedestrian,” but he is truly a visionary and champion of surreal genius and unbridled creativity.