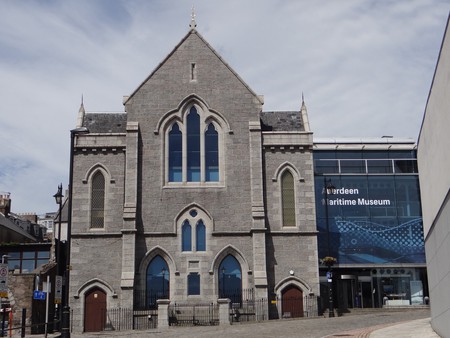 The Granite City is full of interesting places to visit, none more so than the wealth of museums and galleries it houses. No matter where your interests lie you are bound to find something to intrigue, to educate, and to marvel at in Aberdeen. Here we list several of the best options.

A hands-on museum that will delight children of all ages, whether you are 6 years old or 60. This museum is a popular resource for teachers and students, and aims to teach visitors in a fun way. With a planetarium, robots, dinosaurs and more, this is an excellent family day out. 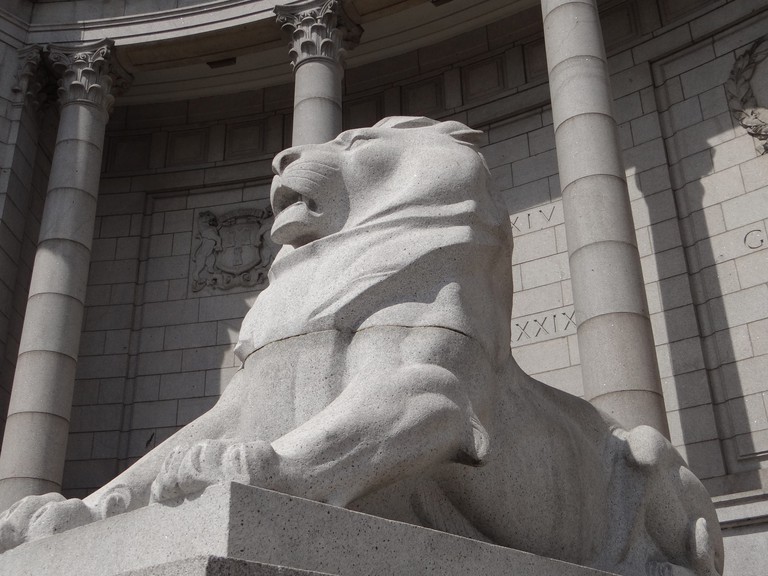 Aberdeen Art Gallery Exterior | © Balazs Szanto/Flickr
Although at the time of writing this gallery is closed for a major refurbishment, it still deserves a mention. Housed in a beautiful building designed by the architect Alexander Marshall Mackenzie and founded in 1884, the collections include works by Francis Bacon and William Hogarth and many others. At present many of these works are housed either nearby in other venues, such as Drum Castle or the Maritime Museum. The gallery is expected to reopen in winter 2017, and the anticipation is growing.
Open In Google Maps
Schoolhill, Aberdeen, Scotland, AB10 1FQ, United Kingdom
+443000200293
Visit Website
Give us feedback

Museum
Facebook
Email
Twitter
Pinterest
Copy link
Share
Map View
Winston Churchill once said that this regiment was the finest in the world, and it is certain that the exhibits housed here are world class. Awarded a five star rating by the Scottish Tourist Board, the 200 year history of the Highlanders is brought to life here, with everything from arms to medals, and even dressing-up opportunities.
Open In Google Maps
Viewfield Road, Aberdeen, Scotland, AB15 7XH, United Kingdom
+441224311200
Visit Website
Give us feedback

One of the oldest buildings in Aberdeen, the Tolbooth was the city’s 17th century prison. On display are various waxwork figures in the original cells, as well as a number of artefacts used in the prison; such as iron manacles, a scold’s bridle (a metal gag that fit over the head and compressed the tongue to stop the wearer speaking!), and the original guillotine used for executions in the city, The Maiden. The building is atmospheric, and it is not too hard to imagine how miserable it must have been to have been kept here, whether as a criminal, or a member of the failed Jacobite uprising in 1745 or, most sinisterly, as a child, kidnapped from the surrounding countryside or the town itself, to be sent across the Atlantic and sold by local merchants as an indentured servant. 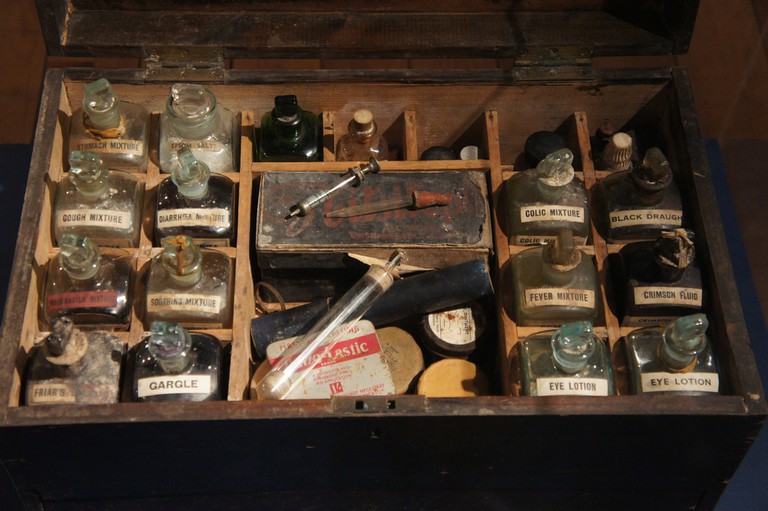 Old First Aid Kit, Aberdeen Maritime Museum | © Chris Hoare/Flickr
For many hundreds of years, Aberdeen’s fate has been entwined with the sea. At this museum you can learn all about this relationship, from the early days of sailing, through to the clipper ships, the fishing boats, all the way to the modern offshore industry. This is the only museum in the UK where you can see extensive displays on the oil and gas industry that have become synonymous with the city. Part of the museum is housed in Provost Ross’s House, itself a relic of the past, built in 1593. Best of all, this is all free to the visitor.
Open In Google Maps
Shiprow, Aberdeen, Scotland, AB11 5BY, United Kingdom
+441224337700
Visit Website
Give us feedback

The University Museums and Galleries

The University of Aberdeen is a hugely important part of the city — and has been for centuries. It should come as no surprise to learn that this extends to an array of different spaces open to the public, whether showcasing art or housing fantastic collections of artefacts. King’s Museum was only opened in 2011 but many of the exhibits are from a collection established in the college in 1727. The exhibitions change regularly, and there are often events such as public lectures. This is a must visit location.

The other principal University collection is the Zoology Museum, housing specimens from across the globe. Here the visitor can study different animals from the microscopic to the giant, with bones, taxidermy, skins, and even whole creatures preserved in fluid.

A work of art in itself, the award winning architecture of the Sir Duncan Rice Library also houses a gallery on the ground floor, open to the public, with the Hardback Café close by. This gallery houses items from the University’s Special Collections, and the exhibits are often changing.