A Wildlife Guide to the Scottish Highlands 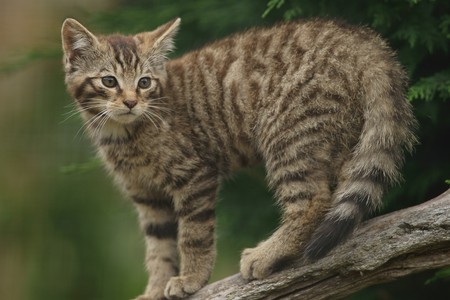 The Highlands of Scotland are a magnet for wildlife-watchers and it is no wonder why. The variety of life here is truly extraordinary, from lochs that stretch out to the Atlantic, to the tops of the highest peaks in the UK, and everywhere in between. But what can you see, and where? Here, in our guide to the flora and fauna of Highland Scotland, we answer these questions.

When people think of the Scottish Highlands, they often think of tall, heather-clad mountains, home of huge estates for hunting red deer, red grouse, and pheasant. However, this image of Scotland is changing, as estates realise the benefits of encouraging other plants and wildlife on the land — including the advantages of ecotourism. This is good news — not just for the wildlife, but also for visitors to Scotland, who now stand a much better chance of seeing remarkable nature firsthand. 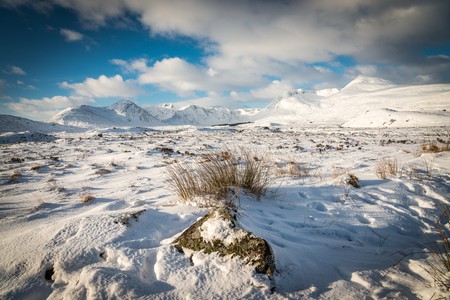 Some people look for the tiny details in nature, perhaps rare beetles or niche lichens but, in general, it is the bigger and more well-known animals that visitors want to see — or they want to experience a landscape, such as the Caledonian pinewoods, the rugged mountain tops, or the temperate rainforests of the west coast. The Highlands of Scotland have a number of these different habitats — each with its own specialised flora and fauna and varying species.

Around the coast the density and diversity of the wildlife is especially rich. Here you can find different species of seal, porpoise, dolphin, and even whale. From Mull to Shetland and down to Inverness there are boat-based wildlife cruises available, often led by former fishermen who know the waters better than anyone. The second largest fish in the world — the basking shark — can be found in these seas, and sometimes exotic species such as sunfish or leatherback turtles, which appear to be arriving in increasing numbers as the waters warm. 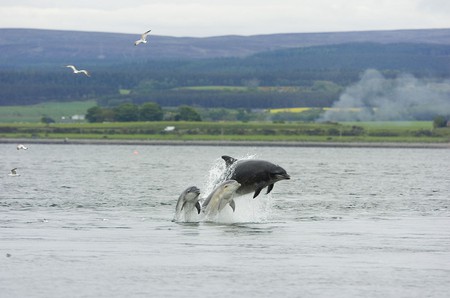 The area where the ocean meets the land draws many people, with the many beautiful beaches and majestic cliffs. This is a good place to walk slowly, watching both water and land for movement — you never know what you might see. Beachcombing and rockpooling are activities that many people have traditionally dismissed as childish, but as interest in the natural world grows, more and more adults are taking part in both of these. Being able to ask questions and share photos of your finds on social media is hugely beneficial — not only to beginners and amateurs, but also to scientists. This is certainly the case in the Scottish Highlands, where sightings and species records need this extra data, as there is simply so much area to cover! Most of Highland Scotland’s coast harbours otters and many species of bird nest here; including puffin, gannet, oystercatcher, tern, and razorbill. 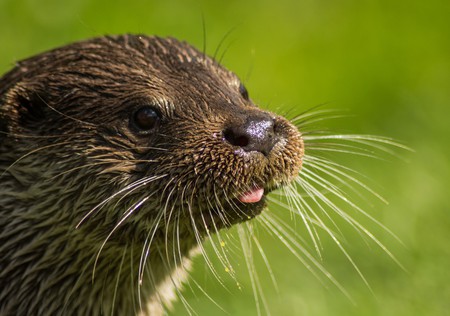 Inland, the landforms vary from region to region of the Highlands. A few parts have rich farmland, others are wild and rugged, perhaps moorland or stunted and windswept natural woodland. The variety of wildlife varies accordingly. Two distinct coastal landforms deserve a special mention.

Machair forms on coasts where windblown sand forms a rich grassland plain. The islands of the Outer Hebrides are perhaps the best place to see this, especially in summer when tens of thousands of wildflowers bloom, attracting many rare insects and birds. 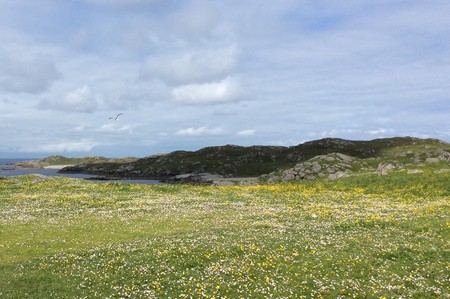 Temperate rainforest is just as it sounds (with similar biomes found in places like New Zealand and the coast of British Columbia). The west coast of the Highlands used to be covered in damp and tangled woods stretching for many hundreds of miles. Now there are pockets that have survived, warmed by the relatively mild temperatures brought by the Mexican gulfstream, and kept damp by the common heavy rains. Oak forests harbour much life, and this is an excellent place to see species such as pine marten, red squirrel, deer, badger, fox, wild boar and perhaps even the shadowy and incredibly rare Highland tiger — the Scottish wildcat.

In the past Caledonian pinewoods covered most of the interior of the Scottish Highlands, with the predominant species being the majestic Scots pine, making it a more open forest than that of the coast. Overgrazing of young trees from too many deer is a problem here. Here, in places such as the vast Cairngorms, the animals and birdlife include those mentioned for temperate rainforest, but also specialists such as the largest member of the grouse family in the world — the capercaillie, as well as crested tits, crossbills and, recently, the reintroduced beaver. There are plans to potentially reintroduce the lynx to these and other areas, as well as an ongoing and controversial discussion of wolves. 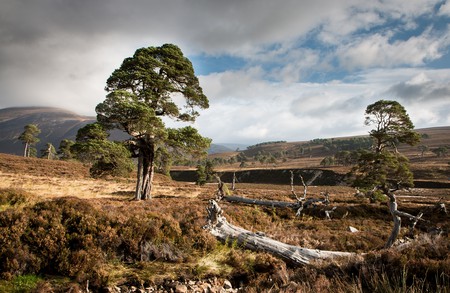 Higher up the slopes of Scotland’s mountains, the trees get shorter and shorter, until they can no longer grow. Here the landscape is open and subjected to high winds, sub-zero temperatures and heavy snowfall. In this area life is tough, and it should come as no surprise that the species are those that can survive in the arctic, relics from the last Ice Age: snow bunting, ptarmigan and arctic hare, for example. Up on these mountains it is also a fantastic place to see some of the raptors Scotland is famous for, with golden eagle and peregrine nesting on mountain cliffs. In summer the red deer move up to these alpine meadows to fatten up for the rut — or roaring, as it is known locally — in autumn and the subsequent winter. 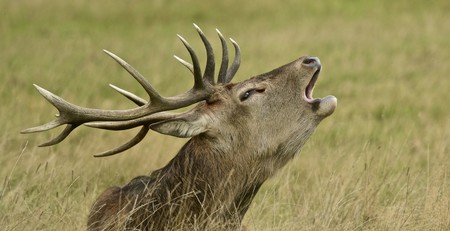 This is just a flavour of what Scotland offers for those who love nature. There are other areas of the Highlands that have their own species like moors, bogs, lochs, traditionally-crofted lands, and more. Increasingly, tourism to this area is becoming a powerful economic force and wildlife-tourism is a big part of that. Wild Scotland will be around for a long time to come.