A Walk Around Glasgow in 19 Perfect Instagrams 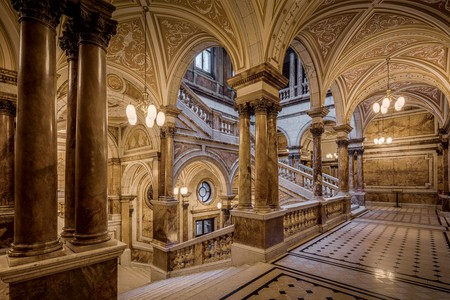 Ticking every box for the self-confessed Culture Tripper, Glasgow is a place of perpetual inspiration, graced with the kind of people, art, architecture and enticing goings-on that remain etched in the mind forever. Give glorious Glasgow some love and explore Scotland’s stand-out city with our Instagram adventure.

One of Glasgow’s prettiest streets, Ashton Lane is home to local culinary landmark Ubiquitous Chip and adds bunches of personality to the West End. Each cobblestone has a story to tell.

Ashton Lane is a cobbled backstreet in the West End of Glasgow with style, personality and charm bursting out both ends of it! Thanks for sharing your great shot @dalgleishphotography. #AshtonLane #Glasgow #LoveScotland #peoplemakeglasgow #Scotland #ScotSpirit #VisitScotland

A testament to the creativity encompassing the city, Glasgow’s burgeoning street art scene is the best in Scotland, with its myriad of murals embellishing almost every corner.

The beloved Barras is a true pride and joy deeply woven into the cultural fabric of the city. This gem could never lose its lustre.

Beautiful inside and out, Kelvingrove Art Gallery and Museum is a wonderland of curiosities, floating heads included! This exquisite Glasgow institution boasts 22 themed galleries and 8000 objects, with Salvador Dalí’s Christ of Saint John of the Cross serving as a star attraction.

An unmitigated music mecca, King Tut’s Wah Wah Hut is a live venue for musicians — some famous, others emerging, all bursting with enviable talent. And yes, it’s one of the many jewels in Glasgow’s music crown.

It's a beltin' day on the bustlin' Tut's Terrace! Mon down and enjoy the sun 😎

A must-visit attraction for any art aficionado, GoMA is the stomping ground of mind-reeling contemporary artworks…and the famous Duke Of Wellington equestrian statue complete with his traffic cone hat!

Speaking of which, don’t underestimate this dashing duke — he has quite the fanbase bestowed with the life-long mission of keeping the cone! It’s a Glasgow thing.

Between the sweeping staircases comprised of the finest Carrara marble and the grand spiraling marble pillars, Glasgow City Chambers is a sight for sore eyes. Remember to look up, for only then will you glimpse the gold leafed embellishments and breathtaking stained glass dome.

Between its notorious neon lights and party reputation, the Barrowlands will forever be a home away from home in the heart’s of Glaswegians.

What a night 💫💙 #Barrowlands #LiamGallagher #Glasgow

Templeton On The Green, with its distinct architectural style and overall mesmerising essence, is Glasgow’s own Doge’s Palace.

Today we're sharing this beautiful snap of one of Glasgow's most distinctive buildings, Templeton On The Green, captured perfectly by @skinnyjeans.itchyfeet. Originally built as a carpet factory for James Templeton, architect William Leiper's design was inspired by the Doge's Palace in Venice. #Glasgow #Scotland #scotspirit #IAD2016 #templetononthegreen #scotspirit

A haven of artistic expression, Hidden Lane in Finnieston plays host to some smashing independent shops, watering holes and a potion of hypnotic colours as bright as the city itself.

If you're looking for somewhere new to explore in Glasgow, why not try Finnieston? Home to the SEC and SSE Hydro, Finnieston is also full of great places to eat and drink and cool arty hangouts. This includes the colourful Hidden Lane, home to a host of independent shops and more, as seen in this great shot from @lovefromglasgow #HiddenLane #Finnieston #Glasgow #peoplemakeglasgow #hiddenglasgow #colours #Scotland #LoveScotland #VisitScotland #ScotSpirit

Everywhere you go in Glasgow, there’s a slice of raw beauty to be seen. These dancing reflections on the Clyde do it justice.

We're starting our week on Insta with this repost of a beautiful snap down by the Clyde this morning from @kierandodds! Tag us in your photos of the city 🙂 #Glasgow #Scotland #RiverClyde #morningcycle

Bringing sunshine to the city like there’s no tomorrow, The Lighthouse, Scotland’s Centre For Design and Architecture, is the first public commission by Glasgow golden boy Charles Rennie Mackintosh. Its staircase takes the crown as one of the most Instagrammable spots in the city. That viewing tower though!

An architectural masterpiece of futuristic wonder, the Zaha Hadid-designed Riverside Museum is one of Glasgow’s many pride and joys overflowing with riveting facts and objects.

Made of wrought iron and a constellation of glass panes, Kibble Palace, a 19th-century glasshouse in the Botanic Gardens, is the stuff of dreams and the perfect place to catch your breath.

Magical beyond belief, the University of Glasgow Cloisters are something straight out of a fairytale. Oh, Glasgow ❤️

Just one of Glasgow’s many architectural assets, Holmwood House is viewed as a work of never-ending wonder by Scottish architect Alexander ‘Greek’ Thomson.

With swarms of intricately carved figures dancing and performing to soul-wrenching music, Sharmanka Kinetic Theatre is trippy beyond belief and yet there’s something about it that commands your attention. This unique attraction provides an unprecedented insight into humanity.