A Walk Around Edinburgh in 18 Perfect Instagrams 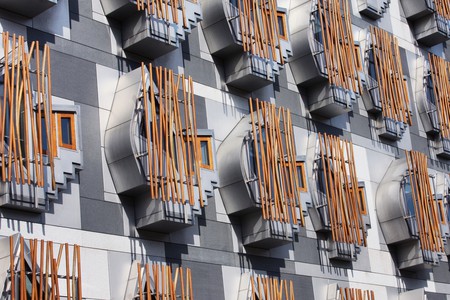 You don’t need to scroll through Instagram to fall head over heels with Edinburgh. However, a dose of visual inspiration never did any harm! Here, we take a tour of Scotland’s bonnie capital with 18 flawless Instagrams. #travelgoals

One of the many architectural gems punctuating the Royal Mile, St Giles’ Cathedral dates back to the 12th century and is beautiful inside and out. Just remember to look up.

Situated on the historic Royal Mile in Edinburgh,  St Giles' Cathedral dates back to the 1120s. Many of you may have walked past this building but its well worth a look inside as @aemun found out! 👌 #StGilesCathedral #RoyalMile #Edinburgh #LoveScotland #ScotSpirit #Cathedral #VisitScotland #Scotland #HHA2017

Calton Hill holds the key to one of the most popular skyline views of Edinburgh. Spot the Balmoral Hotel’s famous clock, the castle watching over her city and the mighty Scott Monument standing proud.

Edinburgh. It really is this beautiful. I would go back in a heartbeat! #edinburgh #scotland #unitedkingdom #goldenhour #travelgram #throwbackthursday #globetrotter #backpacking #havepassportwilltravel

The beautiful thing about Edinburgh is that around every corner, down each close and behind every structural masterpiece awaits a new surprise.

The age-old buildings add bunches of charisma to the already breathtaking cityscape views.

Each cobblestone and door in Stockbridge has a story to tell. And a mind reeling one at that!

The gorse-covered Arthur’s Seat is a sight to behold. After scaling this historic mountain peak and soaking up the surprises along the way — think swan ponds, wild terrain and ancient ruins — the panoramic views are the stuff of dreams.

The life-affirming majestic sound of bagpipes resonate across Edinburgh around the clock.

One out of the myriad of city gems, Dean Village is the former grain milling epicentre of Edinburgh — thanks to the presence of the Water of Leith.

Could Circus Lane get any more picture-perfect?

@joannamarjaana called Circus Lane 'one of the cutest things in Edinburgh', and this cobbled lane is certainly a favourite for photographers visiting the city. Where do you love to stop and take a snap in Edinburgh? #CircusLane #Edinburgh #Scotland #LoveScotland #VisitScotland #ScotSpirit

Whether blanketed in springtime blossom, sprinkled with snow or infused with dancing rays of light, the Meadows will always hold a place in Edinburgh’s heart.

If you're in Edinburgh during spring, make time to take a few minutes to enjoy the beautiful blossom at the meadows! Thanks for sharing @weescottishwanderer 👍 #Edinburgh #Meadows #blossom #spring #Scotland #LoveScotland #ScotSpirit #VisitScotland

Snapped from Edinburgh’s oldest purpose-built visitor attraction, Camera Obscura, this part of the Royal Mile could serve as a perfect film set for Game of Thrones!

We love this shot from the Camera Obscura in Edinburgh that @caledoniawandering captured, which takes in buildings at the top of the Royal Mile, the Castle and the city beyond. He says he hopes to be back – why a view like that can you blame him? #Edinburgh #EdinburghCastle #castle #RoyalMile #CameraObscura #city #Castlehill #Scotland #LoveScotland #VisitScotland #ScotSpirit

Even the bridges are beautiful! An iconic Scottish symbol, The Forth Bridge was voted as Scotland’s greatest man-made wonder in 2016. It’s also featured in cult video game GTA.

Did you know that today is World Heritage Day? We're celebrating at our six World Heritage Sites with a series of exciting events that have been 5000 years in the making, including at the Forth Bridge as seen in this brilliant shot by @ed1nbur6h. Join in the fun by following #ScotlandinSix #HHA2017 #WorldHeritageDay #WorldHeritageSites #ForthBridge #sunset #Queensferry #SouthQueensferry #bridge #railbridge #Scotland #LoveScotland #VisitScotland #ScotSpirit

Victoria Street takes the crown as the prettiest street in the whole city. Graced with smashing independent shops, characterful cobblestones and a potion of enticing colours, this steep lively street leads into the historic Grassmarket area.

Dunbar’s Close, Edinburgh’s own secret 17th century-style garden, is an oasis of serenity and perfect place of respite amidst the busy city centre ebb and flow.

Described as Edinburgh’s own ‘gothic rocket ship’, the noble Scott Monument in the Princes St Gardens is the tallest monument to a writer in the world. Explore all 287 steps if you dare!

Nothing beats lounging in the Gardens under the watch of the capital’s castle on a Scottish summer day.

Edinburgh is made all the more magical by the sheer presence of the bobbing boats, cheery pubs and secret island of Cramond.

The ultra-contemporary essence of the Enric Miralles-designed Scottish Parliament Building is complimented by the watchful and wild terrain of Arthur’s Seat.