A Travel Guide to the Cairngorms, Scotland 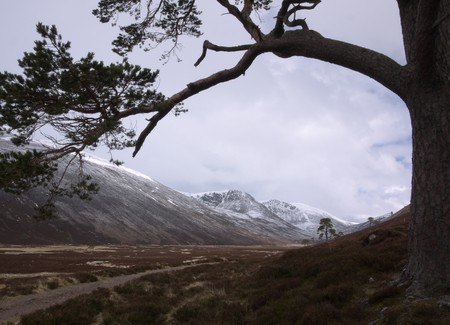 The mighty Cairngorms. A landscape that inspires and invigorates, bringing people back to visit time and time again to its huge mountains, fast rivers, secret lochs and remarkable views. This corner of Scotland has much to offer, no matter where your interests lie. Here’s our guide to the Cairngorms, with useful ideas of where to stay, what to do, how to travel, and when to visit the UK’s largest National Park.

The Cairngorms can mean different things. It is the range of mountains that make up a portion of the Grampians, taking their name from one of their number: the mighty Cairn Gorm. In the past they were named ‘The Red Hills’ — or, more correctly, ‘Am Monadh Ruadh’ in Gaelic, and no one is exactly sure when the name changed. For many people, ‘Cairngorms’ refers to the National Park, established in 2003 and the mountains are a part of this area, which stretches across five different regions and covers an impressive total of 4528km² (1748 miles²), one of the largest such parks in Europe. 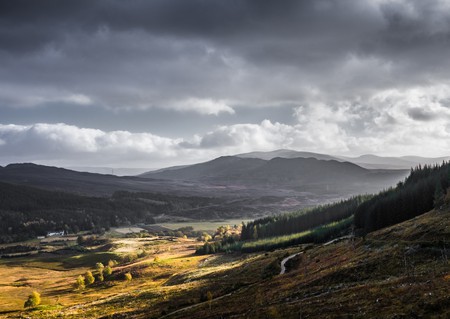 Looking Down into the Glen | © Neil Williamson/Flickr

With five of the UK’s six highest mountains within the park, an impressive 55 peaks classed as Munros (mountains standing over 3000 feet/914 metres), and the largest upland plateau in the UK, you’d be forgiven for thinking that getting into the region is hard. In reality, the geography of the area funnels the traffic, meaning that road and rail both head through the same mountain passes, including Killiecrankie. You can also fly to Inverness or Aberdeen, then travel onwards to the Cairngorms, but perhaps the best way is to catch the famous Caledonian Sleeper train. This overnight train departs London Euston in the evening and arrives in the Highlands around breakfast time, meaning you arrived refreshed and with a full day of adventure ahead of you! 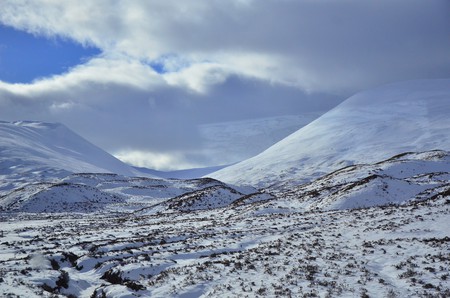 The range of options for accommodation in the Cairngorm area is as long and varied as your imagination is wide. From hotels and bed and breakfasts to a wealth of chalet-style lodges, log cabins, hostels and, of course, camp sites and wild camping locations – you are really spoilt for choice. The main town in the Cairngorms is Aviemore and many people choose to base themselves here, especially during the winter, as it has a wide range of amenities, restaurants, bars and cafés, with easy access to the wilder places beyond. 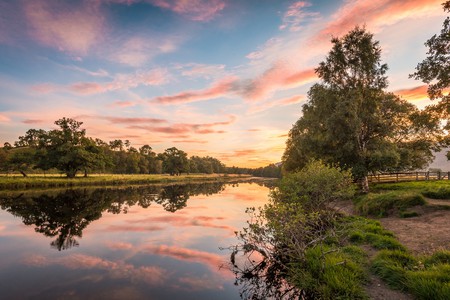 What you can do

One of the main attractions of The Cairngorms is that each season offers up a different set of options when it comes to activities and things to see. In summer the area is full of those who enjoy walking, or mountain biking around the incredible network of trails, or those who love to climb the peaks, bagging those Munros and taking awe-inspiring photographs of the stupendous views, before perhaps cooling off in a mountain loch or river. Others prefer the autumn, when the colours turn magical, the glens echo with the sound of the roaring deer and the midges begin to die off with the frost. Dog-sledding is popular, both as a spectator sport and also to learn, with wheeled buggies used when there is too little a cover of snow for sleds. 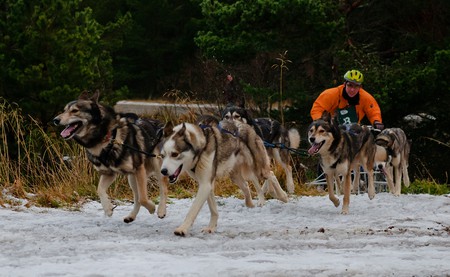 Once winter arrives much of the area turns into a snow-covered wonderland, with three of Scotland’s five ski resorts located here, including Cairngorm, which has the most snow of all and is easily accessed from Aviemore. The snow often lasts into spring, and there are usually patches present for most of the year. Spring is another popular time for visitors, as the cold of winter disappears and wild flowers and green shoots turns the monochrome into a riot of colour and the days lengthen once more. 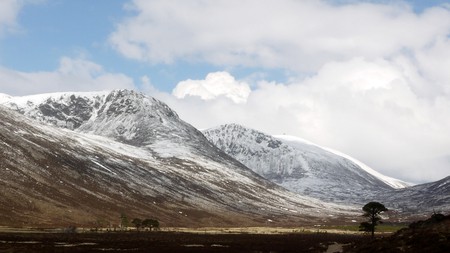 Other activity options include fishing, golf, and pony-trekking, as well as courses in bushcraft and outdoor skills and a whole range of adrenaline-pumping outdoor fun. There are several major attractions in the Cairngorms, such as the Highland Wildlife Park, a part of the Royal Zoological Society for Scotland, which features animals that thrive in the cooler conditions, and the UK’s only free-ranging herd of reindeer up on the plateau. There are several local distilleries, including Dalwhinnie, which offers a chocolate and whisky tasting. Add to this exhibitions, ranger-led walks, festivals, classes, live music and all manner of other things to see and do, and you can understand why a little forward planning might be necessary. 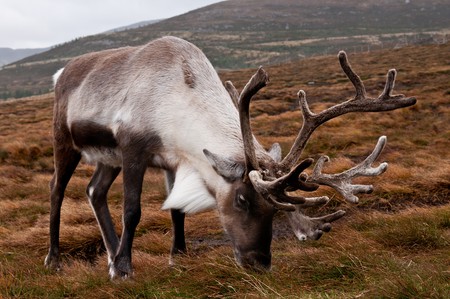 People come to Scotland to experience the wild landscapes, often with a list of birds and animals they long to see, and many of these iconic Scottish species can be found in the natural park: osprey, golden eagle, pine marten, mountain hare, deer, red squirrel, and the rarest of them all — the Scottish wildcat. In recent years rewilding efforts have meant an increase in natural habitat, such as the Caledonian pinewoods, and this has made the experience of wildlife-watching among the mountains, forests, rivers and lochs even more exciting. 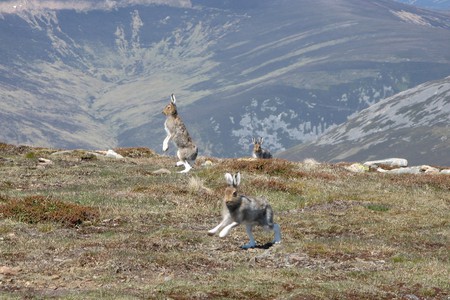 As breathtaking as the natural scenery is, the Cairngorms are also full of history. A good way to learn about how people have lived here is to visit the intriguing Highland Folk Museum in Newtonmore, which has many different exhibits, including a traditional Highland village, full of fascinating things to see. Another historical site in the area is Ruthven barracks, built after the 1715 Jacobite rising on the site of a much older castle, and now a stark ruin. The Cairngorms has an array of other fantastic castles, including Braemar and the Queen’s estate at Balmoral, along with the beautiful island-built castle at Loch an Eilein in the stunning surroundings of Rothiemurchus. There are also many small and charming villages to explore, including some that are among the highest in the UK, such as Tomintoul. There really is so much to do and so much to see in the Cairngorms, it’s no wonder many people return over and over again! 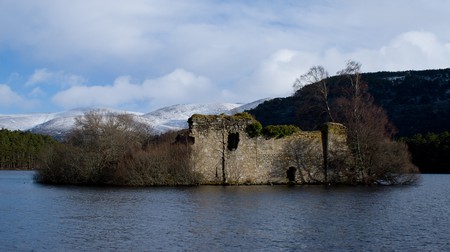