A Tour Of Scotland's Most Captivating Caves

St Kilda
When thinking of Scotland, caves don’t instantly spring to mind. Rolling hills, historic architecture and wild landscapes yes, caves… not so much. Well, they should! As enchanting as they are full of adventure, they will dray any Culture Tripper with a discerning eye for the otherworldly like a magnet. Cure some of that wanderlust and explore Scotland’s most captivating caves.

What do Pink Floyd, Felix Mendelssohn, artist J. M. W. Turner, and John Keats have in common? Fingal’s Cave. A natural masterpiece, Fingal’s Cave, with its towering hexagonally jointed basalt columns and ethereal acoustics, inspired each and every one of these prolific artists. Situated on the uninhabited island of Staffa, the columns were formed when solidified lava contracted and fractured due to cooling. A must for the bucket list, this sea cave is referred to as ‘the melodious cave’ due to the harmonic sound of the toing and froing ocean swell lurking within. Entangled with Scots and Irish lore, this place is a true gift from mother nature. 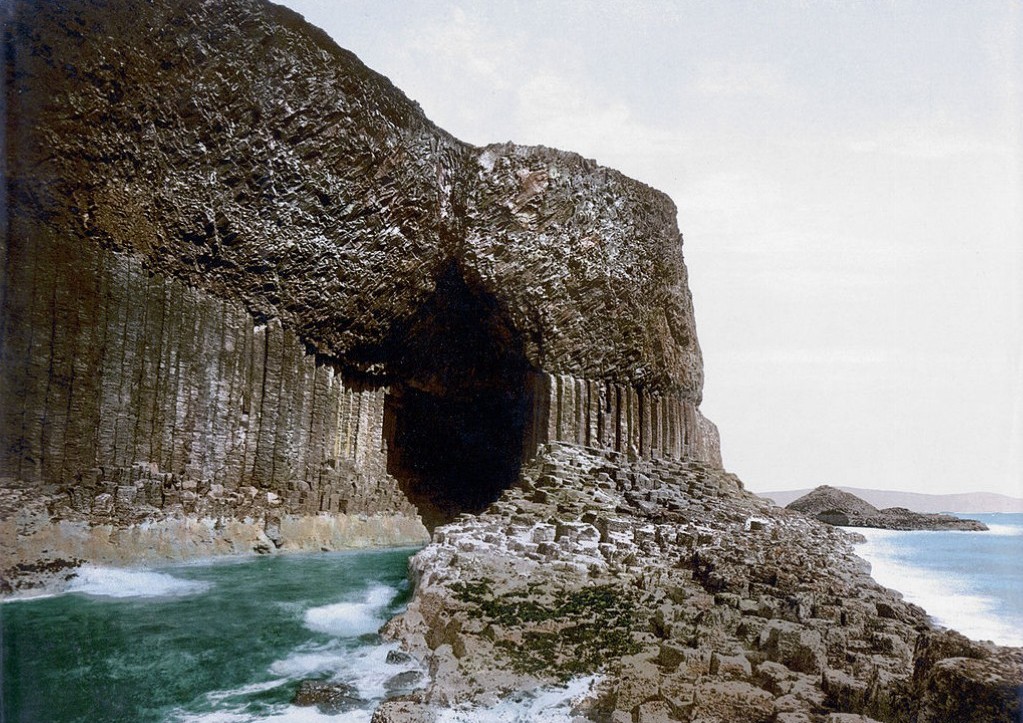 When it comes to caves, Smoo Cave certainly stands out from the crowd. A colossal cavernous palace fit for a giant king, this natural phenomenon is both a sea and freshwater cave. A playground for geologists, the cave came about from sea erosion, while the inner chambers were formed by an inland subterranean stream and rainwater that thawed the carbonate dolostone. The mammoth opening, mystical waterfall chamber, and wee freshwater passage are all worth exploring. 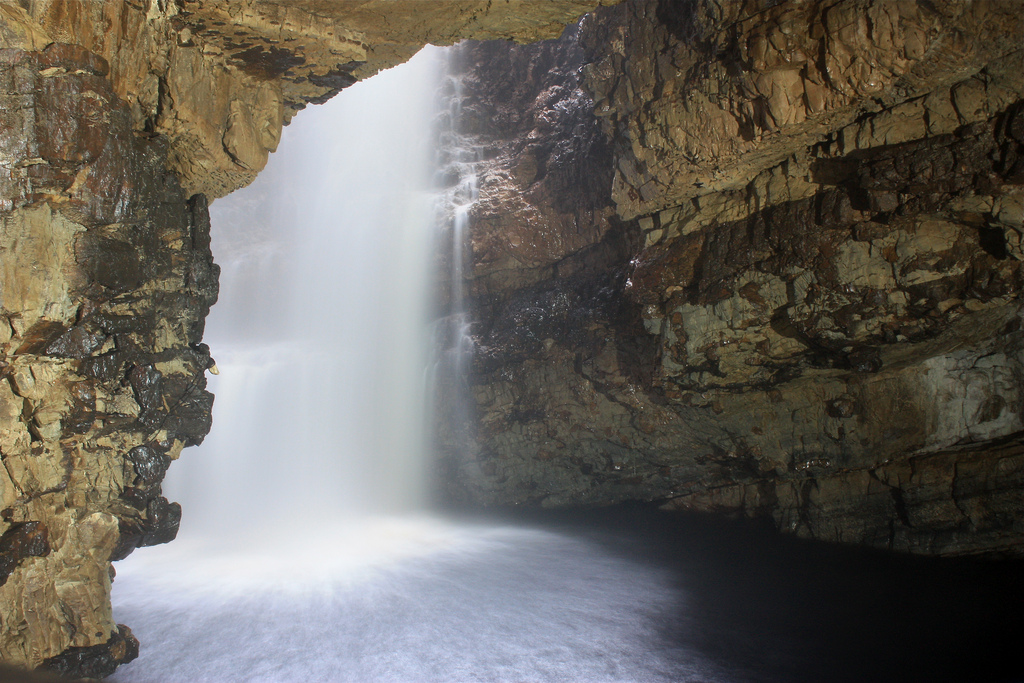 Enigmatic and spiritual, St Ninian’s Cave rests just a stone’s throw from Whithorn Abbey in Dumfries and Galloway. Serene and soothing, it’s easy to see why St Ninian, Scotland’s very first saint, is said to have used this hideout as his own personal sanctuary. Throughout the years, excavations have led to numerous unearthings of crosses and headstones dating back to the 10th and 11th centuries. Today, carved symbols still captivate the many minds eager to decipher any hidden codes. This gem, which was used as a filming location for The Wicker Man, is a prime picnic and dog walking spot. 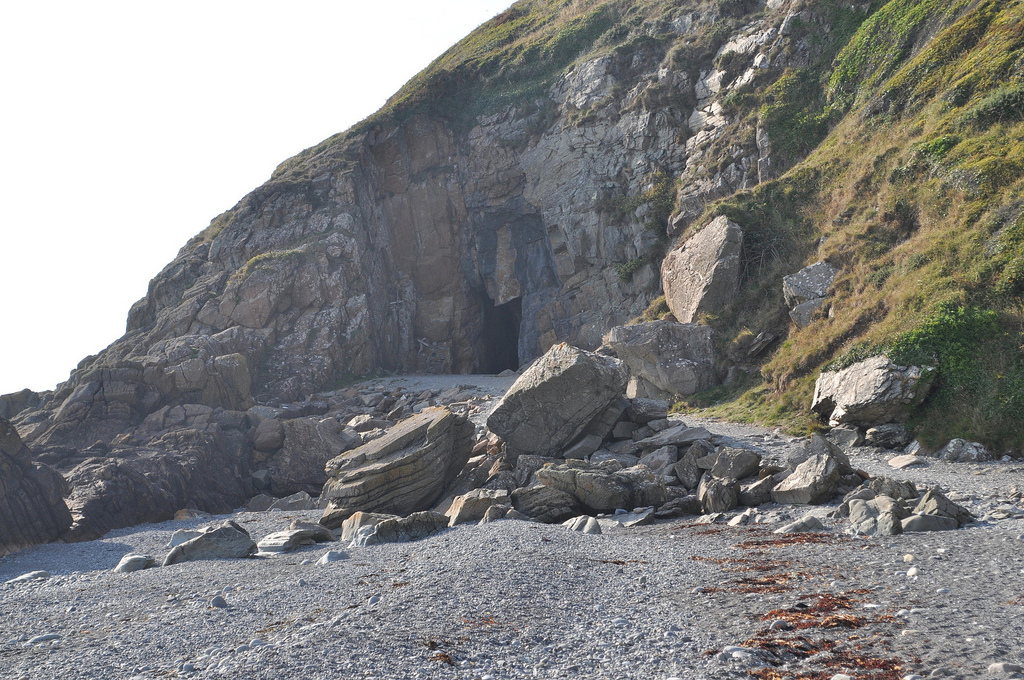 If aliens were to land a spaceship in Scotland and surreptitiously disguise it as a seafront cave, then King’s Cave would be it! Aesthetically impressive and intrinsically alluring, rumour has it that King’s Cave is the very site where Robert the Bruce sought sanctuary before the Battle of Bannockburn and subsequently set eyes on the ever-so famous spider. Like many of Scotland’s caverns, this cave sports many carvings worthy of a thorough decoding. Rooted on the Isle of Arran, King’s Cave basks on a pebble-adorned beach amidst a splendid forest, making it perfectly suited to adventurers. 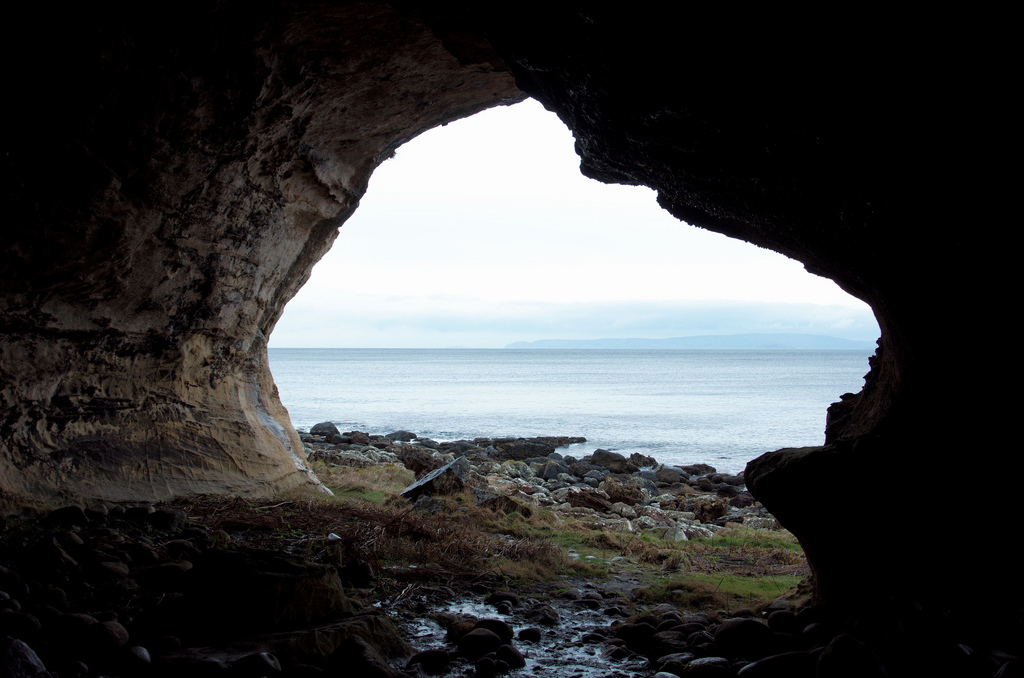 Cathedral
Massacre Cave / Cathedral Cave | © Christian Jones/Geograph / © Tom Richardson/Geograph
Riddled with dark history, the Massacre and Cathedral Caves sit on the South coast of Eigg. What began as a quarrel between the Macleods and the Macdonalds, resulted in a bloody execution of over 390 island inhabitants, who were burned alive in the Massacre Cave. When visiting, a torch is essential for this cave. Further down the beach sits the Cathedral Cave — this can only be accessed when the tide permits. When exploring these two intriguing labyrinths, take into consideration the narrow paths on the lead up.
More Info
Open In Google Maps
Eigg, United Kingdom
View menu
Visit website
Visit Facebook page
Send an Email
Give us feedback
Give us feedback