A Nature Lover's Guide to Scotland

Scotland is a nature-rich nugget awash with evocative vistas, pockets of untainted land and diverse habitats. Praised as one of Europe’s leading wildlife destinations, the adventures range from wild camping to whale watching. Sample the smorgasbord of natural heritage and explore our nature guide to Scotland.

With the view that conservation is key, Scotland exceeds its status as an eco-tourism paradise. To witness the majesty of the marine world, head to the Scottish Islands and choose from myriad whale and dolphin-watching tours. The Scottish seas are known to host humpback, minke, sperm, killer, pilot and fin whales. 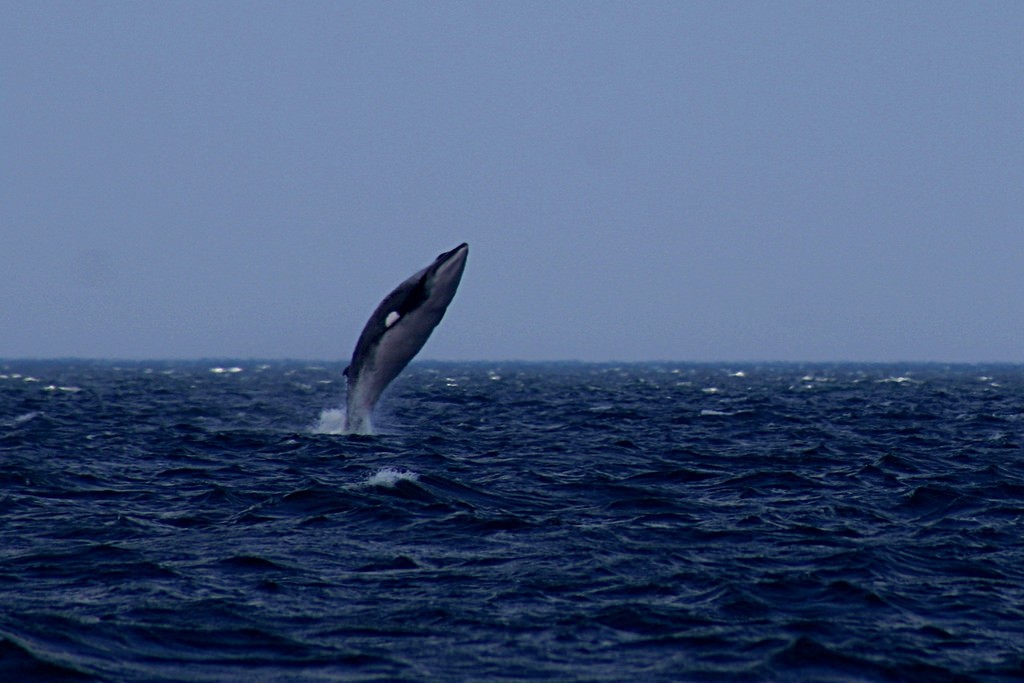 Although dolphins can be found frolicking across many Scottish sites, the Moray Firth hosts around 190 resident bottlenose dolphins at the WDC Scottish Dolphin Centre. Mull is home to a stunning array of wildlife-watching opportunities, including cruises to look for basking sharks, minke whales, otters and eagles. 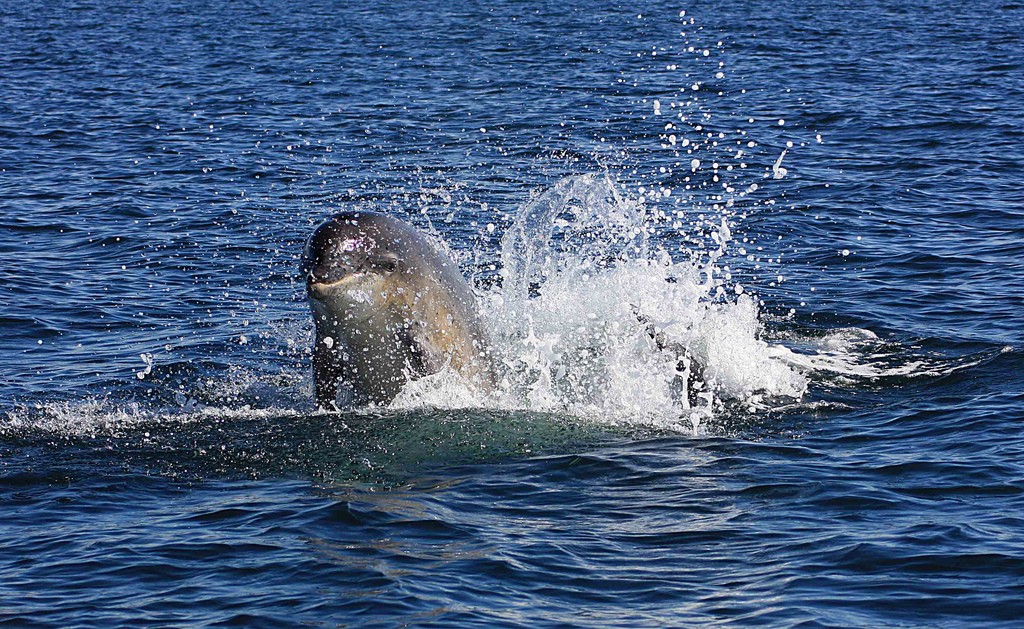 Scotland’s wildlife community isn’t limited to whales, dolphins and basking sharks. The charming seaside town of North Berwick boasts the Scottish Seabird Centre and the Bass Rock, the world’s largest ‘single rock’ colony of northern gannets. An ornithologist’s dream, the glacial-white hues of this rock are due to the droppings made by the 150,000-plus gannets and other seabirds. 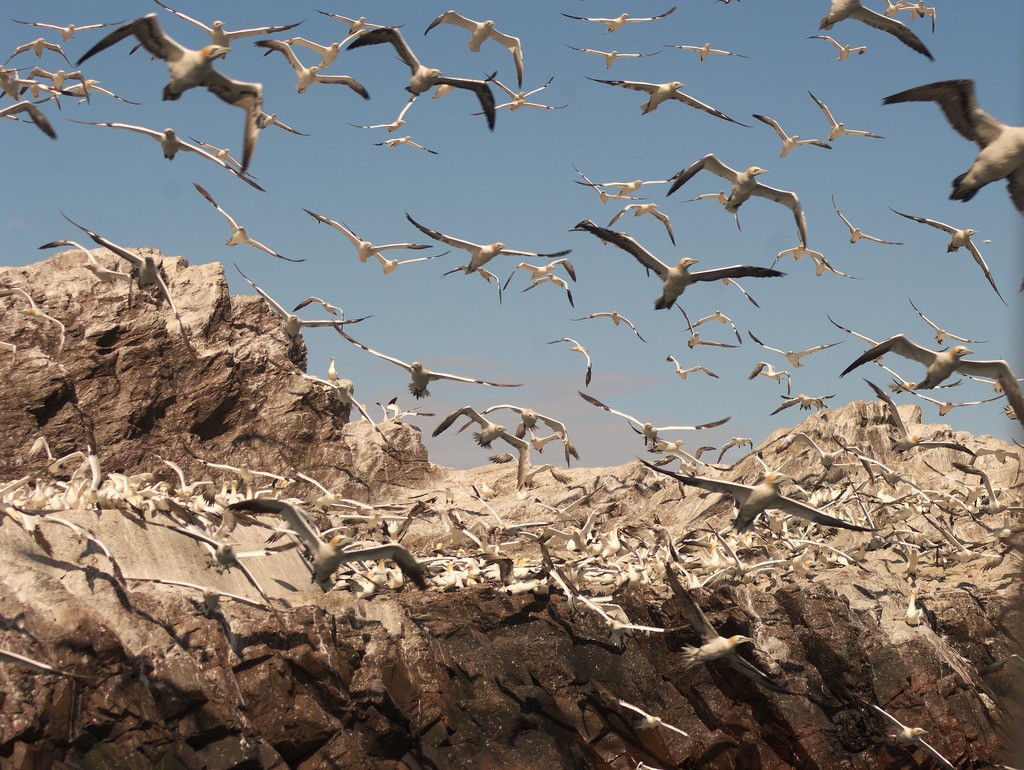 Skye is a stomping ground for otters; the Orkney Islands are awash with birds, porpoises and seals; and the Cairngorms play host to golden eagles, pine marten, deer, badgers and even Scottish wildcats. Famed as ‘Big Tree County’, Perthshire is home to a promising number of rare red squirrels and also red kites, a species that almost fell victim to extinction. 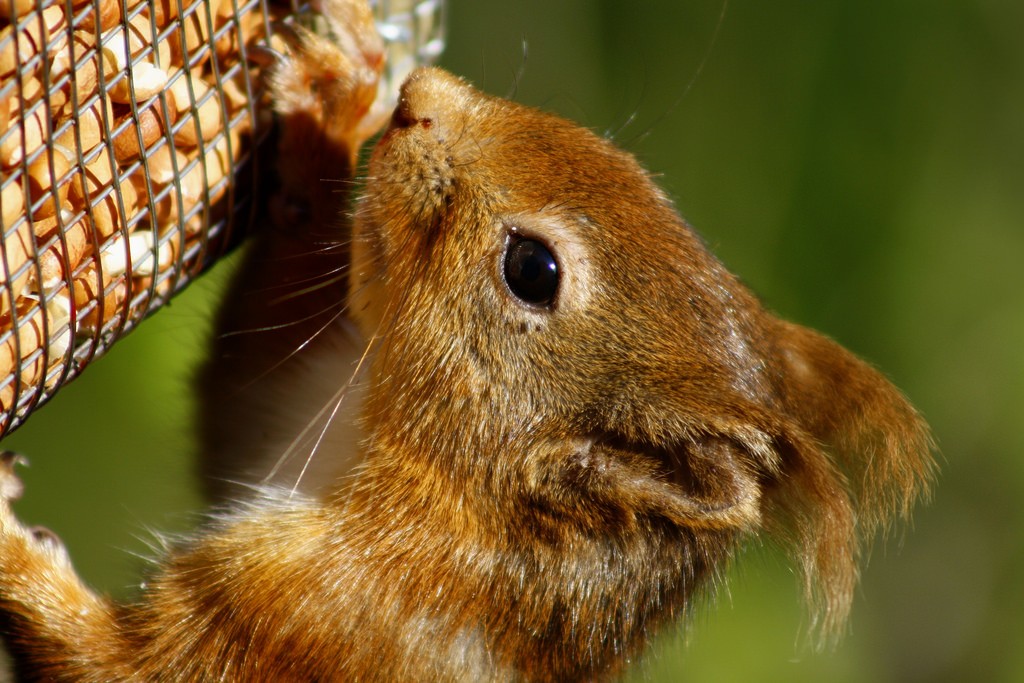 Some awe-inspiring, many otherworldly, Scotland is filled with natural masterpieces set to make even the wildest imaginations churn! The work of Mother Nature herself, Fingal’s Cave inspired the likes of Pink Floyd and Queen Victoria with its mind-blowing basalt columns, symmetrical prowess and natural acoustics. Boat tours enable exploration of this iconic cave, which basks on the uninhabited Isle of Staffa. 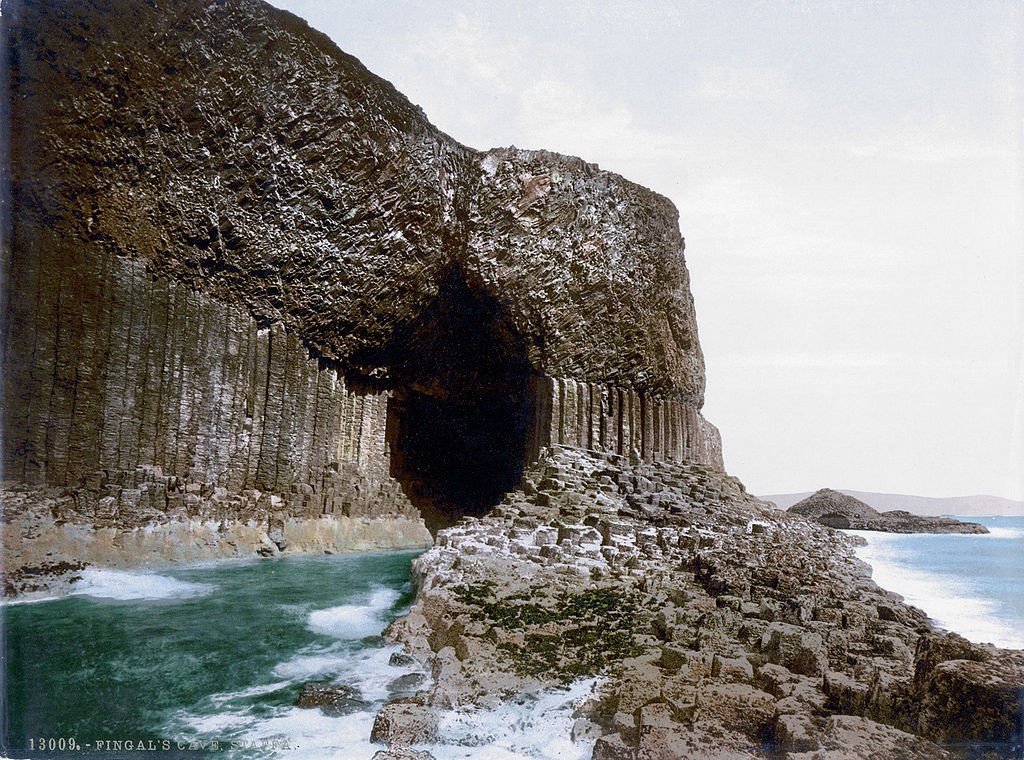 Set in the resplendent backdrop of the Black Cuillin, the Fairy Pools of Skye — a hypnotic elixir of crystal cerulean and jade-tinted waters — attract a long list of brave wild swimmers. Other Skye highlights include the mysterious Old Man of Storr, the Quiraing and the 165 million-year-old dinosaur footprints at An Corran beach, Staffin. 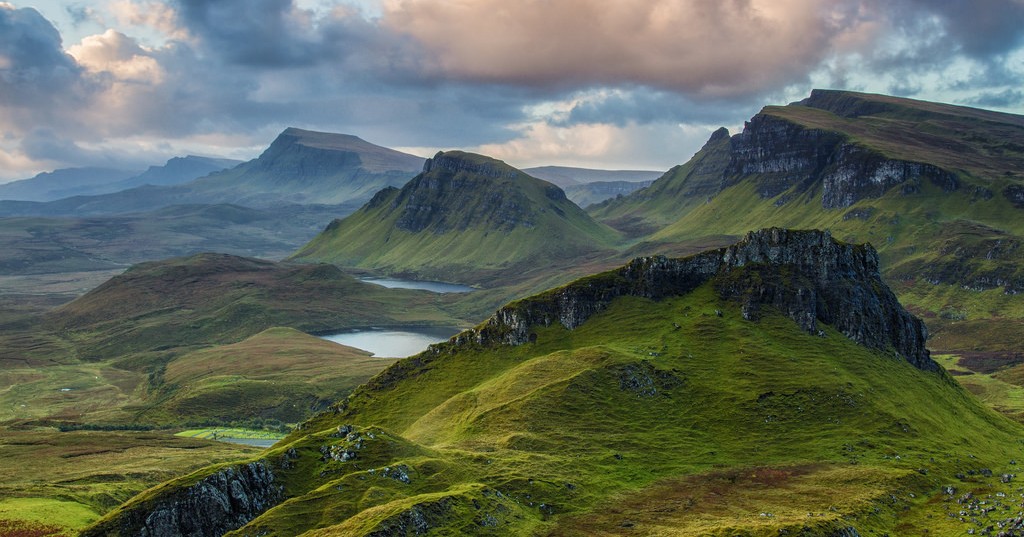 Refreshingly remote and battered by the elements, the volcanic archipelago of St Kilda last brushed shoulders with human inhabitants in 1930. This mysterious World Heritage Site and national nature reserve houses the largest seabird colony in the north-east Atlantic and some of Europe’s most frightfully vertigo-inducing sea cliffs. Native to the land is the St Kilda Dandelion and the Soay sheep. Like nowhere else on Earth.

Loch Lomond & The Trossachs National Park hosts one of the UK’s largest National Nature Reserves, The Great Trossachs Forest. With 21 Munros (Scottish mountains over 3000 feet), 20 Corbetts (Scottish mountains between 2500 and 3000 feet) and 22 large lochs, this paradise is a gateway to a whole host of outdoor activities including Munro-bagging, hiking, biking, loch cruises, gentle meanders and more. 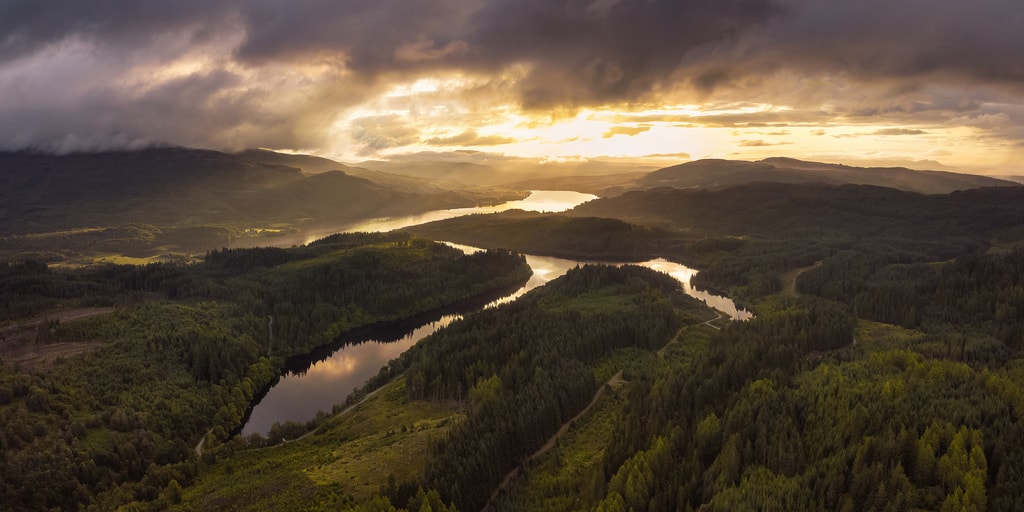 Voted by National Geographic Traveller Magazine as one of the world’s top 20 places to visit, the Cairngorms National Park features endless lochs, countless Munros and a tapestry of flora and fauna. Those with an adventurous side should spend the night in one of the multiple remote hidden bothies. As the largest National Park in the UK, the Cairngorms is a portal to a world where nature and culture collide. 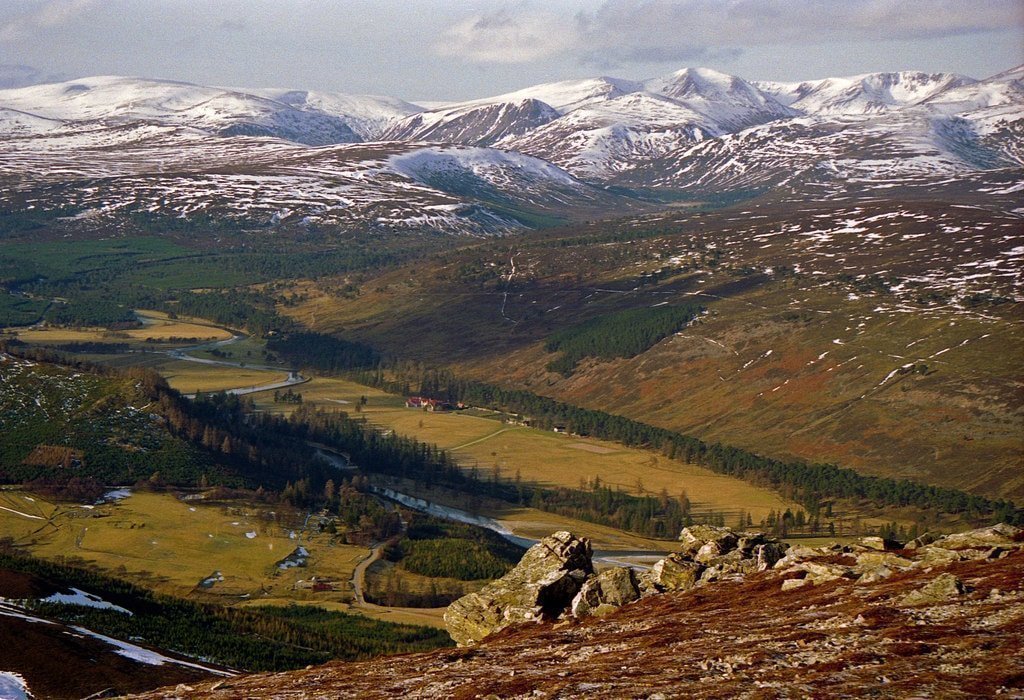 A gem in its own right, Galloway Forest Park is carpeted with every shade of green imaginable. Rivaling the swatches of moorland, glens, burns and mountains is its coveted Dark Sky Park status and reputation as a stargazing wonderland.

Graced with some of the largest dark sky pockets in Europe and a substantial lack of light pollution, Scotland offers some dreamy spaces to count the constellations, marvel at the planets and embrace the silver stars as they dance across the night’s sky. Perched atop a hill on the fringes of the Uk’s first Dark Sky Park, the Scottish Dark Sky Observatory houses two colossal telescopes and a retractable roof. Other star-studded hotspots include Skye, with its nine Dark Sky Discovery Sites, Glen Nevis and the Moray Coast. 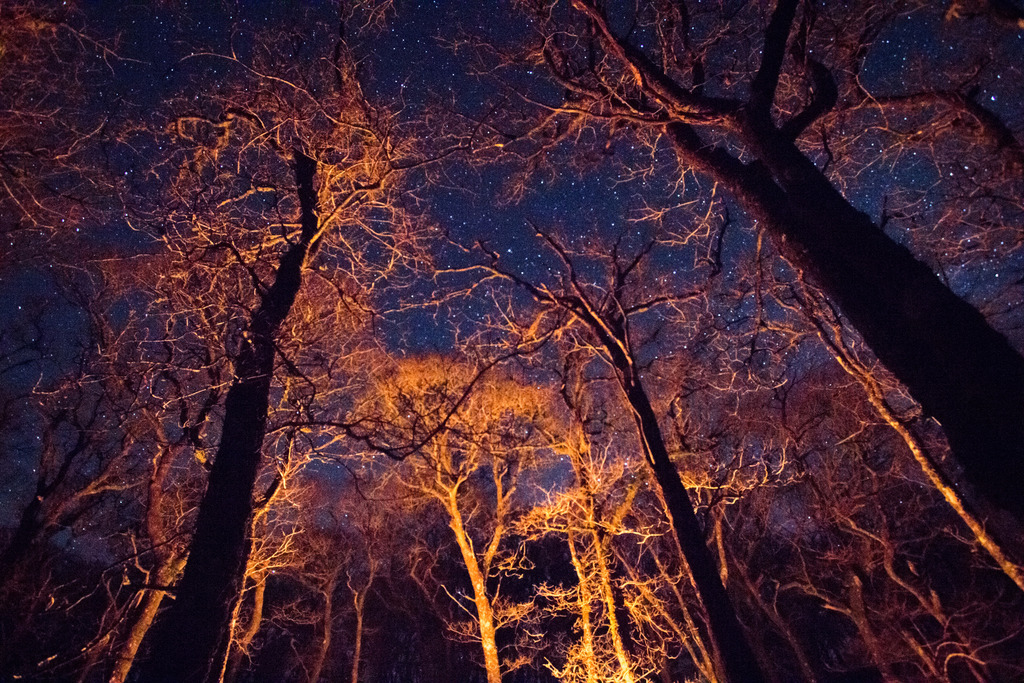 Since Scotland is anchored at the same latitude as Nunivak Island in Alaska and Stavanger in Norway, the Aurora Borealis sometimes reveals herself in Scottish sites like Shetland, Orkney, Caithness, Skye, Lewis, Rannoch Moor, Angus and the Fife coast. 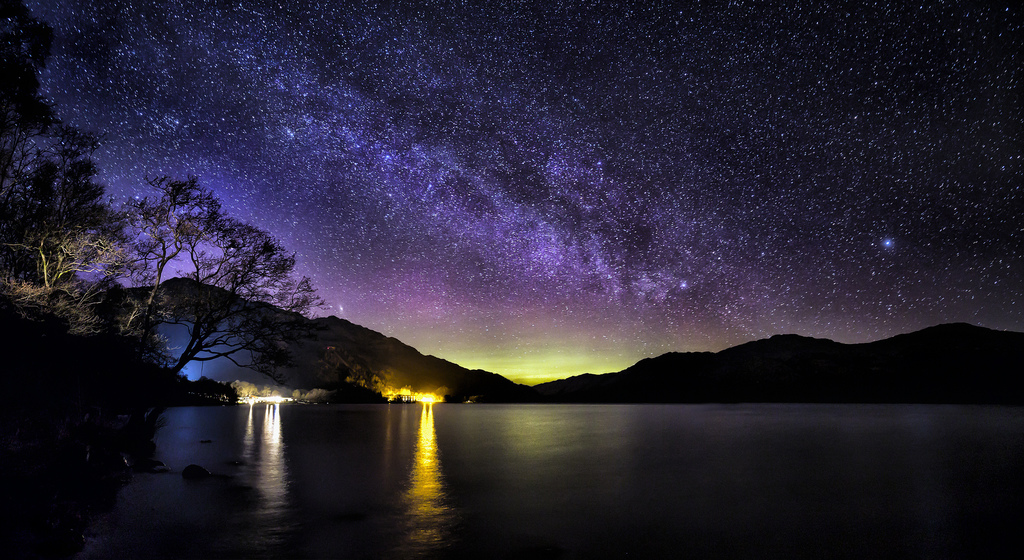 The Milky Way And Aurora Over Loch Lomond | © john mcsporran/Flickr

One of life’s more liberating experiences, wild camping is synonymous with adventure and an inherent respect for nature. Between its Caribbean-like beaches, far-removed mountain tops and moody glens, Scotland’s landscapes boast plenty of places to bid farewell to life’s woes and embrace the elements. Aside from the bylaws pertaining to Loch Lomond & The Trossachs, wild camping is legal across the vast majority of Scotland. From Sandwood Bay to Loch Beinn a’ Mheadhoin, this is your chance to expose yourself to the life-affirming wonder of Scotland’s natural treasures. 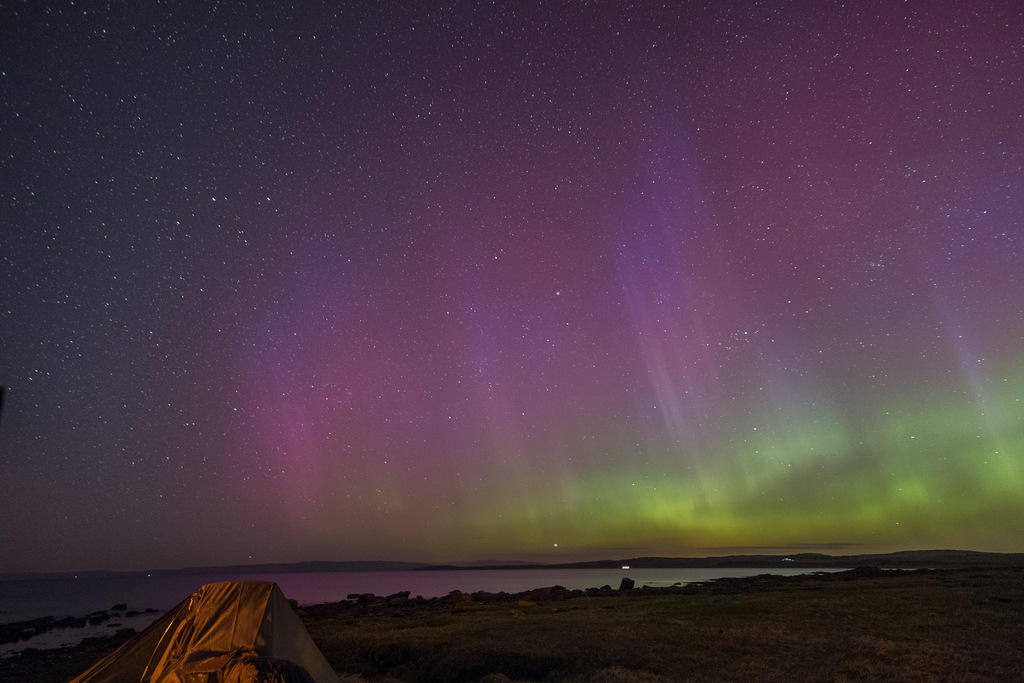