10 Films to Watch Before Visiting Edinburgh 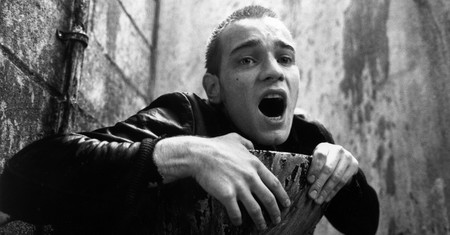 From cult classics like Danny Boyle’s Trainspotting to gorgeous animated artworks like Sylvain Chomet’s The Illusionist, we take a look at Edinburgh through the lens.

Although unnerving at times, this Academy Award-nominated film is a work of art and a playground for Ewan McGregor to truly flex his acting muscles. Based on the novel by Irvine Welsh, Trainspotting offers a raw snippet of the late 1980s heroin scene in Leith – an economically depressed part of Edinburgh, presented in a raw light utterly devoid of beauty. The sequel gives us an accurate representation of the city as it is today. 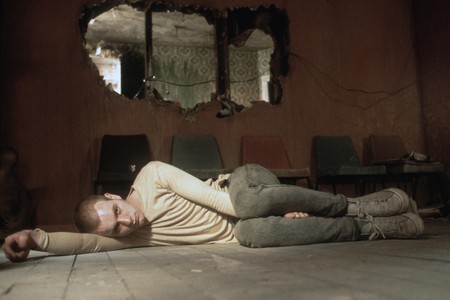 Every film snob should be familiar with The Illusionist. A hand-drawn piece of cinema by Sylvain Chomet, this film is an exquisite French-Scottish animated comedy-drama. Based on the unrealised script by French mime, actor and director Jacques Tati in 1956, this masterpiece follows an endearing French illusionist who stumbles across a new friend in Scotland. Edinburgh and Scotland as a whole are represented from a fresh perspective with the intricate and vibrant animations painting an enchanting picture. The film, set in 1959, opened the 2010 Edinburgh International Film Festival. 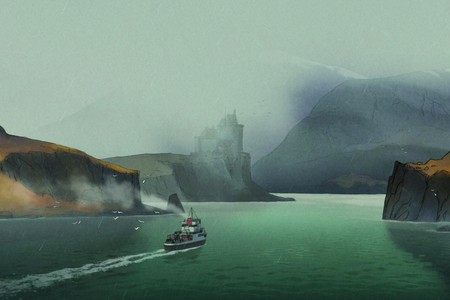 Anne Hathaway and Jim Sturgess present themselves as mismatched soulmates who meet as students at the University of Edinburgh. One Day takes viewers on a journey of two friends, who celebrate the anniversary of when they first met. Themes of love, time, friendship and values are explored. The film opens and ends with Edinburgh. Arthur’s Seat, Calton Hill, Victoria Street and Parliament Square make for a suitably emotive backdrop. 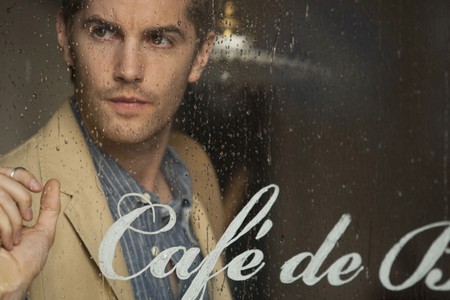 The Prime Of Miss Jean Brodie is a coming-of-age classic. The moment the title is mentioned, the snippety sing-songy Morningside accent of Miss Brodie springs to mind. Muriel Spark’s well-loved novel was immortalised in the 1969 film adaptation starring the superlative Maggie Smith. Miss Brodie, a private school teacher in 1930s Edinburgh, never fails to influence impressionable students with her overtly romanticised views and opinions of life. From Cramond to the Grassmarket and Greyfriar’s Churchyard, this film will forever live on in the streets of Edinburgh. 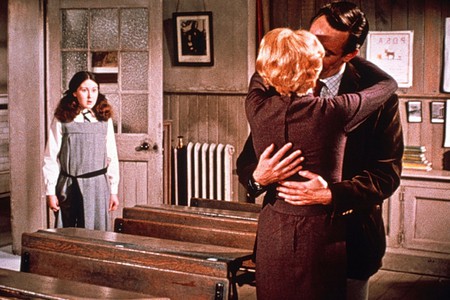 Shallow Grave is an invigorating crime film that marks the cinematic directorial debut of Danny Boyle. A young Ewan McGregor co-stars with Christopher Eccleston and Kerry Fox, as they carry out bemused, often cruel, interviews for a fourth flatmate. In true Boyle style, times get tough – and rough. After the fourth flatmate unexpectedly dies from an overdose, leaving nothing but a moral predicament and a suitcase stuffed with cash, the friends are faced with turmoil. Although most scenes were shot in Glasgow, this gritty film is set in Edinburgh and is another Boyle-esque dark representation of cultural and social occurrences in this Scottish city. 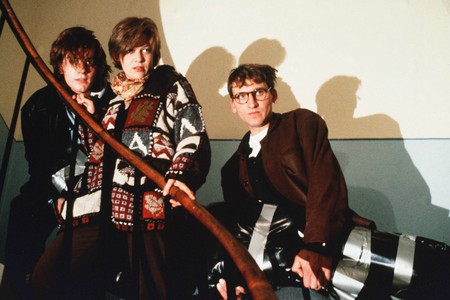 Undeniably disgusting, Filth couldn’t be more perfectly named. Witness Scottish sensation James McAvoy (in arguably one of his most rousing performances) play a drug-addled policeman with borderline personality disorder. Straight from the mind of Irvine Welsh in his novel of the same name and directed by Jon S. Baird, Filth is shocking, provocative, corrupt and delightfully demonic. See the cobbled streets of Edinburgh (most of the film was shot on location) in a macabre light as well as gritty portrayals of the sex industry, drug abuse, family crises and exploitation. 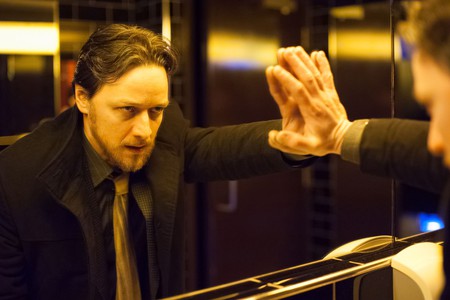 Hallam Foe (or Mister Foe in the US) is a British drama directed by David Mackenzie. A quintessential art-house film, it is as quirky as it is thought-provoking. Hallam, a weirdly disturbing teenage outcast with voyeuristic tendencies, resides on his father’s grand estate near Peebles on the outskirts of Edinburgh. His natural knack for spying exposes a troubling secret surrounding the accidental death of his mother. Hallam escapes the eerie goings-on and ventures to Edinburgh where he scours the city in the hopes of true love. Filming locations include the swanky Balmoral Hotel, Caledonian and Cockburn Street, to name a few. 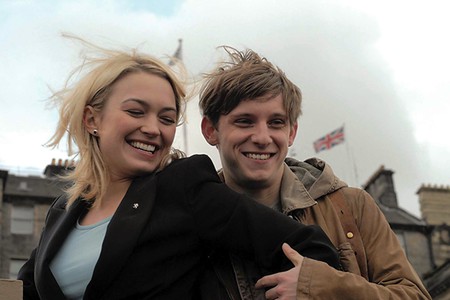 Regeneration (or Behind The Lines in the US) is a wartime film directed by Gillies Mackinnon based on the novel by Pat Barker. During World War I, from the confines of Scottish mental institution Craiglockhart War Hospital, the captivating stories of wounded British officers begin to unravel. The film tells the story of Britain’s most prominent poets Wilfred Owen and Siegfried Sassoon and their fellow patients as they wrestle with the trauma of war. Overtoun House in Dumbarton was the location for Craiglockhart Hospital, which is now part of Edinburgh Napier University. 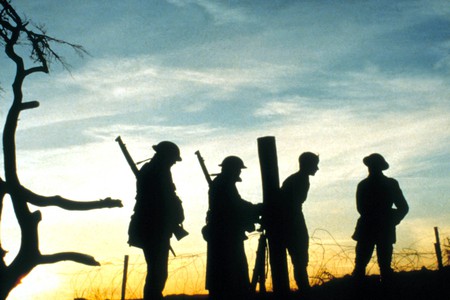 Horror engulfs Edinburgh in The Body Snatcher, a 1945 film adaptation of Robert Louis Stevenson’s short story. Directed by Robert Wise, this was the last film ever to feature genre legends Bela Lugosi and Boris Karloff. Suspense is rife and the sound effects are startling as a tale of murder, deception and benevolence unfolds. Notorious duo Burke and Hare make ghoulish appearances throughout the film, while the city of Edinburgh is shrouded in a claustrophobic darkness. 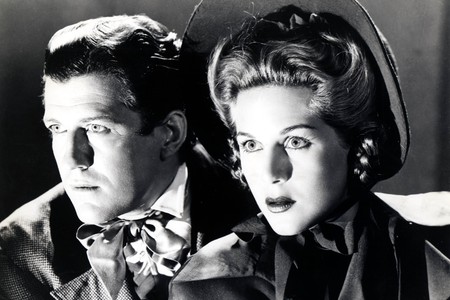 The grim story of the Burke and Hare murders will haunt Edinburgh for all of eternity. In 1828, 16 victims were murdered and the cadavers were sold for dissection during a ten-month period. The most recent rendering of the murders is the 2010 satirical film Burke and Hare by John Landis. Although the film was a flop, Simon Pegg, Andy Serkis, Isla Fisher and Tom Wilkinson provide a hefty amount of laughs. 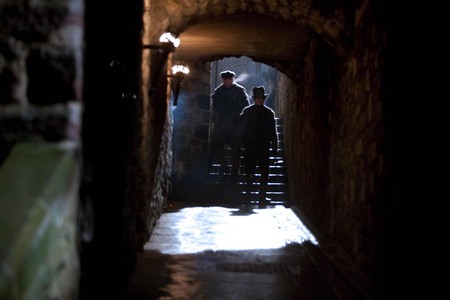