A History of Edinburgh Castle in 60 Seconds

Edinburgh Castle, exalted on high atop the remnants of an extinct volcano, casts an enchanting spell over its city. The history behind this fortress, however, is the most spellbinding of all.

Before this beauty was a castle, she was a rock. Ages of erosion by glaciers gave the summit its prominent shape. Jump ahead 350 million years, and archaeological evidence suggests that the Celts were the first human occupants in 2 A.D. A notable poem from 600 A.D. first documents the castle, where a Gododdin King and kinsmen feasted and drank for an entire year before storming off to battle the Angles. Things didn’t end so well — they were defeated almost instantly. It wasn’t until the 12th century that King David I arrived on the scene and constructed the first ‘royal’ castle. This included St. Margaret’s Chapel, the oldest standing building in all of Edinburgh. 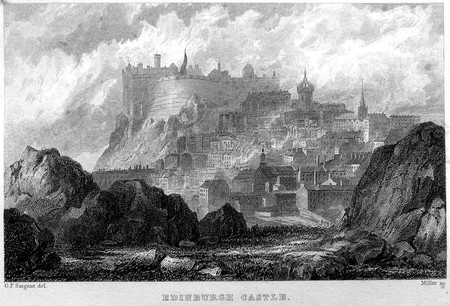 The castle, with its many vantage points, has always been a prime defensive location. It even withstood the tests of Robert the Bruce and the Wars of Scottish Independence. Time progressed and by 1457, the famous cannon Mons Meg moved in. Speaking of canons, it is important to note that Edinburgh Castle is one of the most attacked places in the world. In other words, battles were waged, walls were destroyed, and the castle changed hands repeatedly throughout the course of 26 documented sieges over 1,100 years. When the fighting began to fizzle out, the castle became commonly used as a garrison fortress and also a jail. This jail saw many faces, including prisoners of war and even pirates! 1818 was an especially golden year — Sir Walter Scott hit the jackpot and unearthed a hidden chest containing the long lost Honours of Scotland. It was around this time that the castle became a beloved national monument. 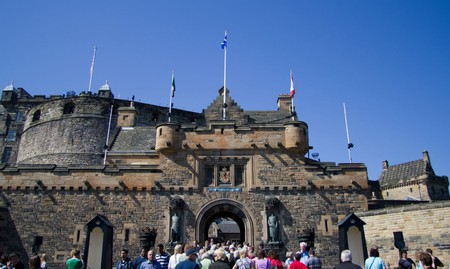 Today, the castle continues to make history with the annual Military Tattoo, Scottish National War Museum, and one o’clock gun. Unsurprisingly, it attracts over 1.4 million visitors a year. This legendary castle has been dominating Scotland’s darling seat and it’s skies for almost a thousand years. Long may it continue to stand noble and tall.