A Guide To Buying Tartan In Scotland

Tartan | Courtesy Of Tori Chalmers
Walking into a tourist trap of a tartan specialist in Scotland can be overwhelming. An incalculable amount of colors will infuse the senses and permeate all thoughts. You’ll start to wonder how layers upon layers of the crisscrossing cloth even fit inside the four walls. Thoughts of clans and names will start to scream out at you like little voices niggling away at every waking word. Once more, it will seem verging on incomprehensible how the Scots (who seem to be an easy-going lot) can even put up with such a palaver. To relieve any tartan-induced headaches, discover our guide and learn everything you need to know when buying tartan.

Tartan, with its brash aesthetics and hodgepodge of colors may appear to some as a dysfunctional display of untamed style. Quite the contrary, tartan is strictly linear, formidably methodical and meticulously embedded with intentional arrays of symbolic colors and patterns or setts. Once more, it’s timeless and will forever be a tangible embodiment of Scotland.

When choosing tartan, if opting for the most appealing pattern lacks sentimental value, then it’s only fitting to learn your clans. Unbeknown to many, the clan system wasn’t linked with tartan patterns until the early 19th century. Today, most choose a tartan associated with their surname, or ‘clan’. If that name isn’t linked to a specific one, then embark on a hunt for a district tartan that may be linked to your ancestor’s whereabouts. A quick Google search regarding clan names or consulting the many books on hand will answer all clan possibilities linked to your surname. 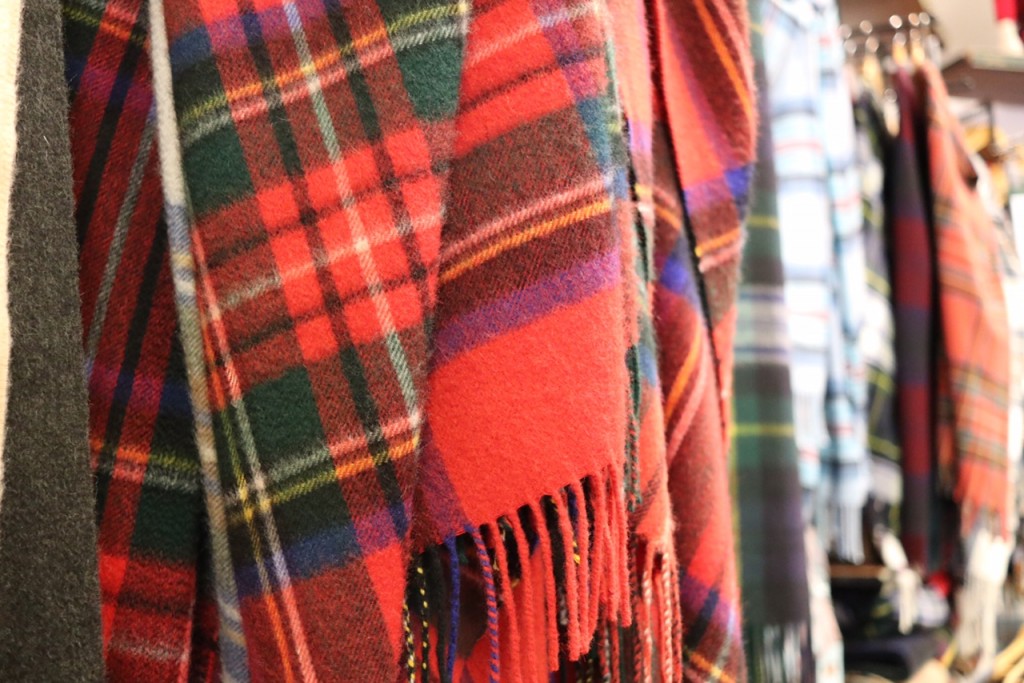 Although there are no rigid rules or regulations surrounding tartan, it’s important to note tartan etiquette. Ever since Queen Victoria’s reign when tartan became increasingly popular and attributed to Scotland, people became more obsessed about specific clan or family tartans. This led to the development of ‘free tartan’ or ‘universal tartan’ — patterns available for all. Examples of this include Black Watch, Caledonian, Hunting Stewart and Jacobite tartans — each is a worthy option for those in doubt. Similarly, many feel that non-royals should steer clear of any tartans worn by the Royal Family, specifically the Balmoral tartan. Stipulations aside, this is merely etiquette and the wonderful fluidity of fashion results in folk choosing whichever they please. 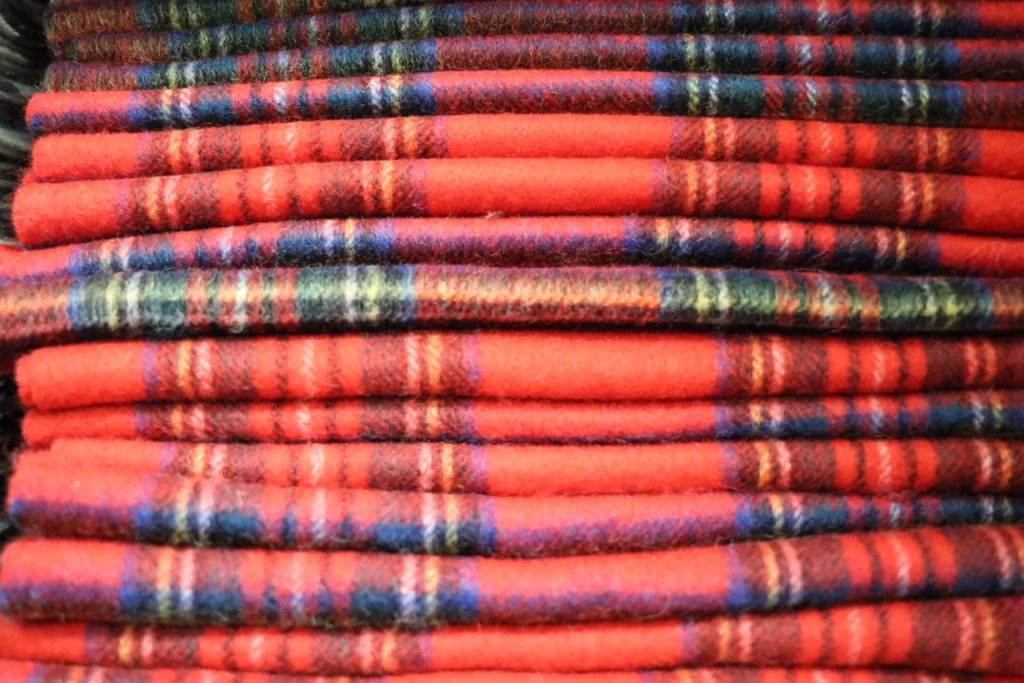 The days when tartan was created for practicality and the colors were decided by local natural resources (like berries) are a figment of the past. Today, tartan is a true art form and geometric design comprised of squares and rectangles adorned with strategically chosen colors. Like Harris Tweed and its Trademark Orb, there exists a number of contemporary tartans protected by trademark law, including the iconic ‘Burberry Check’, which was designed in the 1920s. 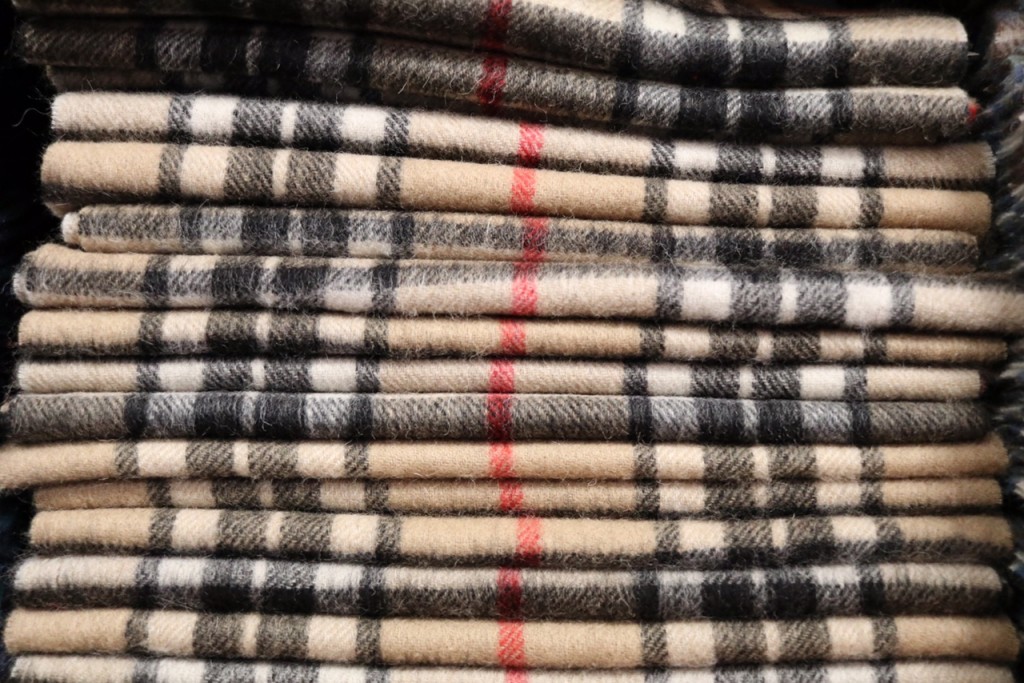 So, next time tartan comes up, just bear in mind a few minor yet key points. Contrary to popular belief, the clans didn’t use tartan to distinguish themselves between families. However, with changing times and the growing societal need for specification across institutions and the military, tartan became a symbol of families or groups. When it comes to the myriad of colors and patterns, don’t panic — just look for your surname. If that doesn’t work, look for the districts of distant ancestors. Although there are thousands of different tartans, there still isn’t a tartan for every name. At the end of the day, whether kilt, scarf or shirt, choose whatever color and pattern suits your fancy. 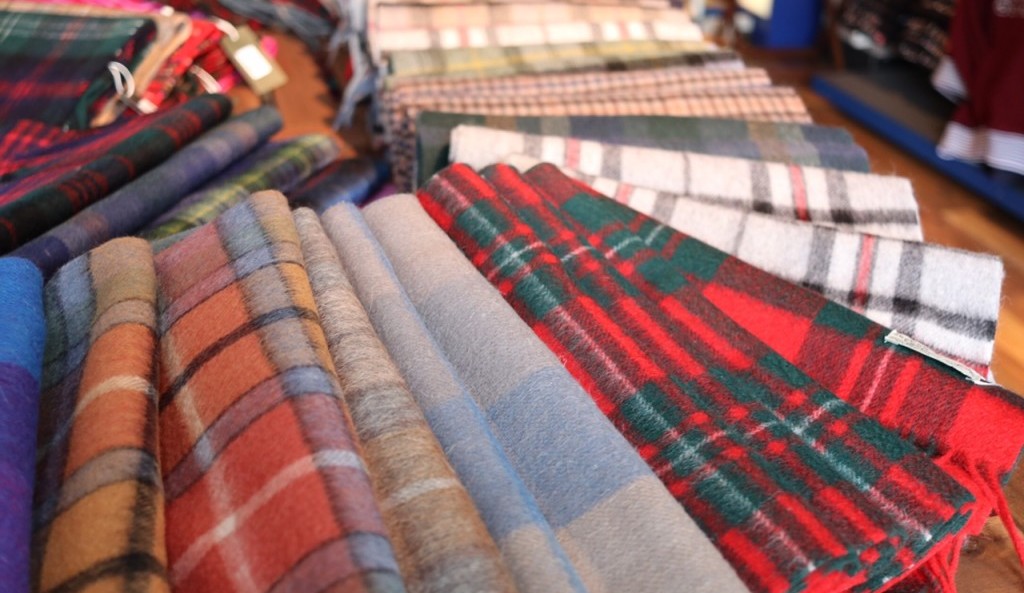