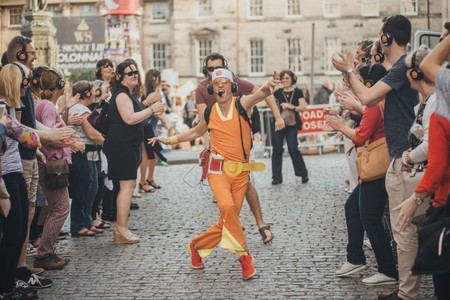 Edinburgh in August is a dreamy destination for performing arts lovers. The city takes on a dazzling new light with thousands of shows, plays, street acts and performances the moment the Fringe makes her grand appearance. This can be overwhelming to even the most seasoned Fringe-goers, so we’ve put together a guide to help navigate the Edinburgh Festival festivities. Here are to the do’s, don’ts and top tips for the ultimate Fringe experience!

Book the big ones first

When it comes to the kingpin comedians, hotly anticipated world premieres or shows with famous actors (you get the picture), time is of the essence, so book your tickets fast. No one wants to be gearing up for a show only to find that it’s sold out. Trust us, it happens. Remember, the early bird catches the worm.

Do your research, scan the official Fringe Guide (either online or via the paper guides of which there is an abundance floating around the city) and choose your must-see picks. With literally thousands of shows of all price points and genres, there’s truly something for everyone.

After securing your top choices, definitely keep a bunch of spaces blank because spontaneity and the Edinburgh Fringe make for a riot of fun. Your best times will be when you had nothing planned but suddenly found yourself in some unsuspecting and surreal old venue laughing harder than ever at a show you never would’ve chosen (in a million years) while making new friends by the minute! That’s the real Fringe spirit. 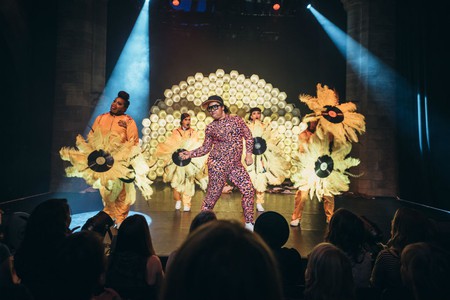 As the Fringe kicks into full swing, make sure to keep your eyes peeled for the reviews. For then you’ll find a whole new offering of the year’s hottest shows and dark horses. Equally as important, remember reviews are only one person’s opinion, so do keep an open mind.

If you listen to one word, let that be ‘variety’! As tempting as it is to stay in your genre comfort zone, don’t be that person. Live a little and be daring with your show picks. Surprise yourself and see as many as you can from each category! From cabaret and comedy to spoken word, theatre, circus, dance, physical theatre, musicals and more, there’s a whole lot of Fringe fish in the sea.

It helps to have comfortable clothes and footwear

Edinburgh is a walking-friendly city, especially during the festival. However, there’s no skirting around the swarms of busy Fringe-goers each dashing in different directions trying to catch a show in time or the beloved Royal Mile cobblestones (not to mention incline). All that being said, it’s amazing what a comfy pair of shoes (and clothes) can do when enjoying the festivities – you can thank us later. 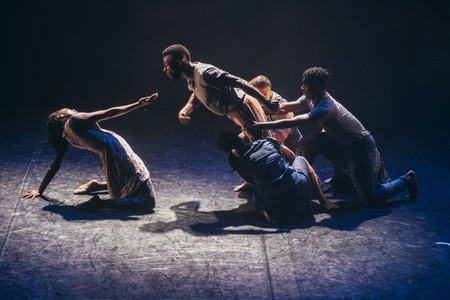 The Fringe is for everyone, and with this in mind, the Fringe Society has organised an array of sensory backpacks (available in two sizes) for both children and adults on the autism spectrum to help create a smooth, enjoyable festival experience. Items inside include a fidget toy, earplugs, water bottle, stress reliever, ear defenders and a list of the most relaxed Fringe performances.

This is Edinburgh, so pack a brolly

Scotland is no stranger to welcoming all four seasons multiple times a day. Since your days can get busy quickly with many instances calling for back-to-back shows, it’s best to keep a fold-up mini brolly in your bag for those sunny Scottish showers. On those glorious hot days, it helps to keep a light scarf in preparation for a sudden chilly breeze.

Mix up your venues

From the Assembly Rooms to the Pleasance, everyone (quite rightly) has their favourite Fringe venue. Don’t be afraid to mix it up though and look further afar to the more obscure or low-key. There are gems hiding in literally every nook and cranny, and you may just discover your new favourite. The handiest tool is the interactive Fringe venue map for directions and details. 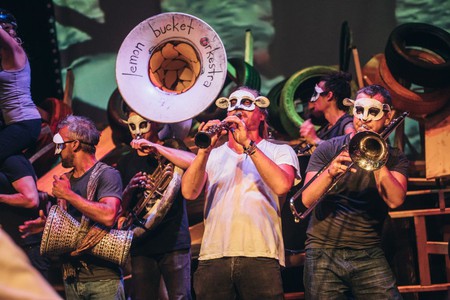 And embrace those queues

Some of the best conversations occur in a Fringe queue. Just as well the Brits love a good queue because the festival has a good deal. Remember, it’s all in the name of art! Whether you are waiting for tickets or lining up before a show, use this chance to make friends and ask around for recommendations.

Take advantage of all the free shows

The abundance of free shows is a beautiful thing. Due to the festival’s open access nature, the Russian roulette element is all part of the excitement. However, free doesn’t have to mean the calibre of performances is compromised. Ask around or search for free and discounted tickets on the Fringe website via the ‘Filter Results’ panel.

But please don’t forget to tip

Tipping isn’t mandatory, but do bear in mind that the plenitude of street artists, performers and all other festival talent put a crazy amount of work, time and love into their acts. Since lugging about spare change isn’t as much of a thing these days, the Fringe Society partnered with iZettle to make the world’s first tap-to-tip festival. Basically, you can now tip street performers at the Virgin Money Street Events using contactless technology – a win for all! 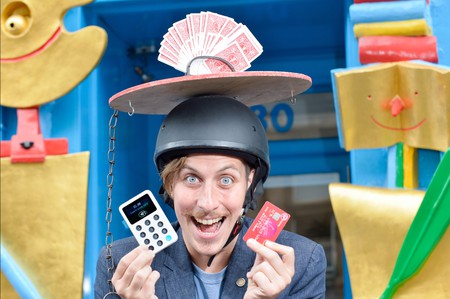 You can include the kids

Sure, the Fringe may have its handful of adult-aimed shows, but this doesn’t mean the kids can’t get in on the banter. There’s a whole world of shows of all genres for children, most of which are just as fun for the adults!

The Virgin Money Half-Price Hut is your new best friend…

Whether you have a gap in your schedule or are looking for something new, stop by the Virgin Money Half-Price Hut to see what tickets are on special half-price offer that day. Expect some total gems.

…And public transport your saving grace

There’s no doubt about it – in August, Edinburgh is busy. Due to some streets being sectioned off to allow more room for festival shenanigans, parking can be a bit of a drag. Not to worry as the city was made for walking, and there are always plenty of trams, trains, buses and taxis at the ready. Cheap, cheerful and hassle-free! It helps to download the apps for times, prices and routes. 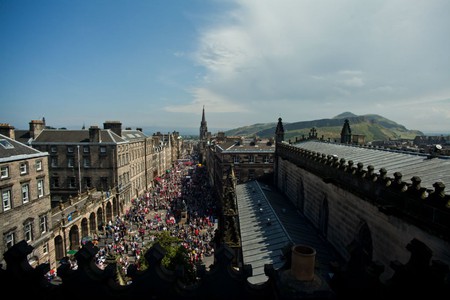 Be warned – you may get heckled for turning down a flier!

With flocks of energetic folk handing out show fliers at a rate of knots (Royal Mile, we’re watching you), just know it’s often easier to accept it and say thank you. Fringe flier-throwers are known to heckle, all in the name of banter though!

Equipped with recycling bins galore, please keep our city and planet clean by practising mindfulness with your rubbish. Come August, the increased amount of people and fliers can equate to a lot of waste, so keep an eye out for those recycling bins and cut down on the plastic. 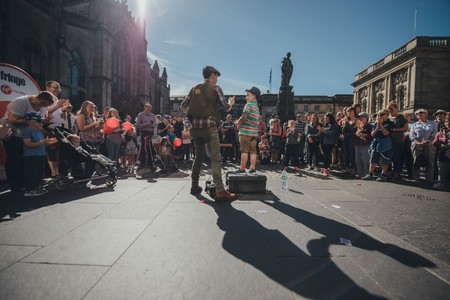