A History Of The Kilt In 1 Minute 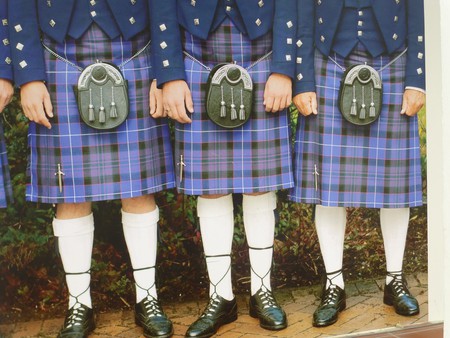 When ‘Scotland’ is uttered, it’s safe to say that the word ‘kilt’ springs to the forefront of the mind. For years, this intriguing garment made from woven tartan fabric has been renowned as the national dress of Scotland. But, where did it all begin?

First off, the history of the kilt goes as far back as the 16th century. However, it didn’t always look as it does today. The original version — known as a great kilt or féileadh mhór (big wrap) — was a garment much more impressive in size and was draped across the left shoulder in a cloak like fashion. Think heavy fuzzy woolen cloth encompassing the body that could also be doubled up as a camping blanket. Unlike the kilt of today, there was no tailoring or structure involved. Rather, a muckle belt secured the bunched up material at the waist. Interestingly, this practical wad of cloth was specific to those in the Highlands and was not worn by those inhabiting the rest of Scotland. 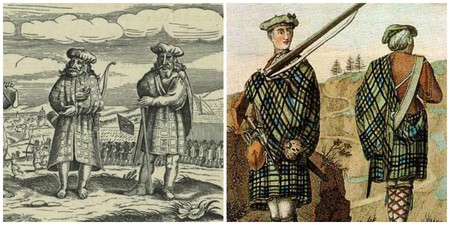 The late 17th century saw the introduction of a different style known as the fèileadh beag — the small kilt or walking kilt. Long story short, the walking kilt is essentially the bottom half of the great kilt and resembles the modern kilt worn today. It became popular in the Highlands and by 1746, Lowland dwellers developed a penchant for this single width of heavy cloth. The tailored kilt and its accessories have remained popular ever since it was the choice of attire for the Highland regiments of the British Army. It is said that the very first example of a kilt possessing any kind of tailoring was in 1792. 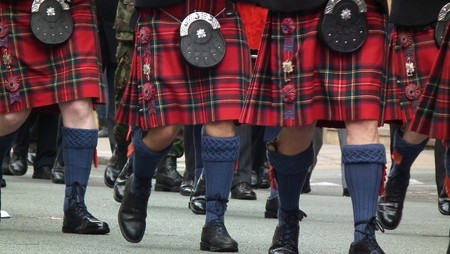 1746 saw a grim outcome for the kilt following the Jacobite rising. The Dress Act — imposed upon Scots by King George II as a means of suppressing the Highland Clan system and their culture — resulted in an outright ban of all Highland forms of dress. An exception was, however, made for the Highland Regiments. This ban lasted for a total of 35 years. And of course, the passionate Scots who disagreed, displayed their disgruntlement by donning kilts anyway as a means of protest.

Despite all the kerfuffle that occurred, it is for certain that kilts will never go out of fashion again. Just look at designer Marc Jacobs. At the end of the day, the rumours are true — the Scots do indeed wear kilts on a regular basis from weddings and ceilidhs, to graduations and other special occasions. Typically, a sporran (small bag worn around the waist), kilt pin (decorative pin holding the fabric together), and a Sgian Dubh (a small dagger which rests in the sock) go hand in hand with kilt attire. This wonderful wad of cloth has always — and will always — be deeply woven into Scottish culture. Just don’t ask a man in a kilt if he is a true Scotsman… 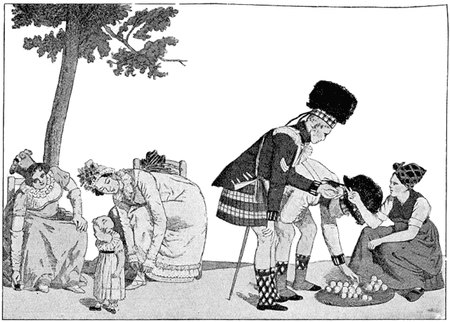 Kilt Curiosity | © Churchh/WikiCommons
Give us feedback