A Brief History of the Glasgow Necropolis 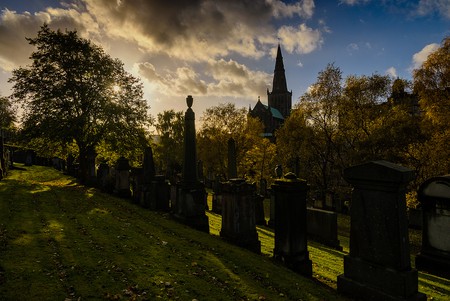 Featuring striking architectural and sculptural masterpieces by all the prominent architects of the day, the Glasgow Necropolis is a sight to behold. Basking by Glasgow Cathedral, this Victorian cemetery is the resting place of around 50,000 souls.

Perfectly described by architectural historian and architect James Stevens Curl as ‘literally a city of the dead’, the land where the Necropolis lays was acquired in 1650 by the Merchants’ House. By 1831, planning had begun and the cemetery officially opened in 1833 as Scotland’s first ever garden cemetery. 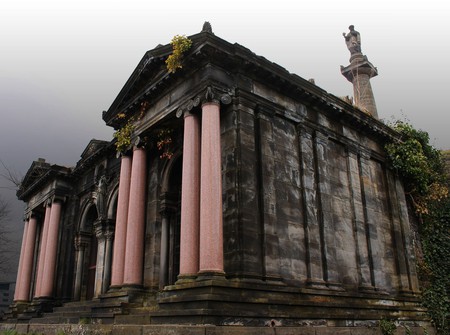 Like most Victorian resting grounds, the Necropolis layout is devoid of a planned grid style and mimics that of an informal park with many paths branching off like veins. It’s punctuated by 3500 breathtaking statues, mausoleums and sculptures, many of which were crafted and designed by the likes of Alexander ‘Greek’ Thomson, Charles Rennie Mackintosh, John Bryce and David Hamilton. The vast hodgepodge of architectural styles present is all part of the charm.

Erected in 1825, the John Knox statue, Scotland’s first structural commemoration to John Knox, has stood here long before the cemetery was even created. The three modern memorials include one that pays homage to still-born children, a Korean War memorial and another to the Glasgow Victoria Cross honourees. 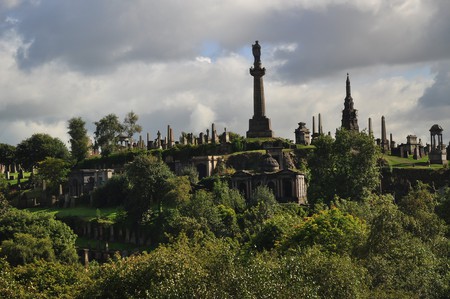 Based on the Père Lachaise Cemetery in Paris, the world’s most visited cemetery, the Glasgow Necropolis was created at a time when Glasgow was The Second City of The Empire.

Posing as the Glaswegian stairway to heaven at the gates of the Necropolis is the David Hamilton-designed ‘Bridge of Sighs’. This bridge, a Scottish take on Ponte Dei Sospiri in Venice, forms a crossing over the Molendinar Burn and has received its fair share of funeral processions over time, hence the sighing reference. 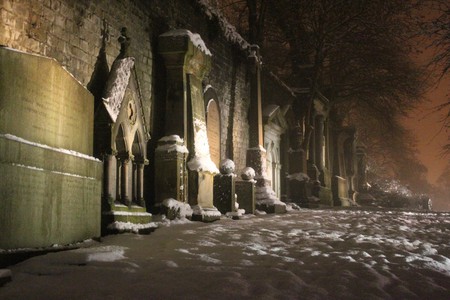 The eclectic mix of architectural wonders, exquisite memorials and 180 plant species and trees in the Glasgow Necropolis are almost as remarkable as the array of people buried inside, including 13 World War I and five World War II Commonwealth service members.

The Glasgow Necropolis is a constant reminder of the past, an evocative time capsule of Glasgow’s vibrant historical heritage. In the words of Billy Connolly: ‘Glasgow’s a bit like Nashville, Tennessee: it doesn’t care much for the living, but it really looks after the dead.’