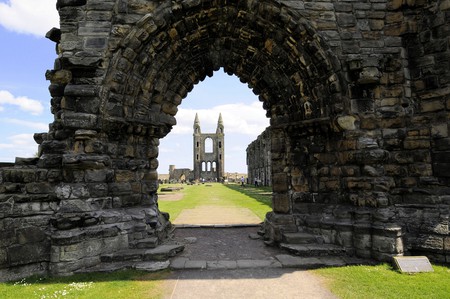 Along The Nave, St Andrews Cathedral | © Son of Groucho/Flickr

Each stone of St Andrews Cathedral is a portal to the past, reminding onlookers of a different time when this holy place was the main stomping ground of the Medieval Catholic Church in Scotland.

Although now a mere shadow of its former self, this ruined Roman Catholic cathedral, located in St Andrews, Fife, was built in 1158 as the largest church ever to been constructed in Scotland during its time. Construction went on for over a century.

Following the demise of the west end of the building (due to a treacherous storm), the damaged parts were rebuilt during 1272 until 1279, with the cathedral’s dedication occurring in 1318 at the hands of King Robert I. The year 1378 saw additional damage from a fire. In its heyday, St Andrews Cathedral sported six turrets and a central tower. 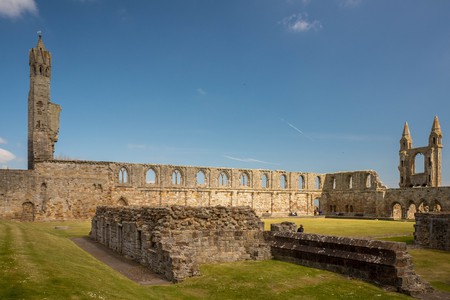 As the headquarters of the Scottish Medieval Catholic Church, the cathedral served as the seat of the Archdiocese of St Andrews and the Bishops and Archbishops of St Andrews. According to legend, St Regulus, also known as St Rule, is responsible for delivering St Andrew’s relics to this pocket of Scotland from Patras, Greece.

Standing tall amidst the ruined remains of St Andrews Cathedral is St Rule’s Tower, a notable landmark and tower of grey sandstone ashlar — it sports striking views across St Andrews and Fife. This tower actually frequented the grounds before the cathedral and is what’s left of the 11th century church created to keep St Andrew’s relics. A guiding beacon for pilgrims in search of the Apostle’s relics, the tower transformed into a temporary space of undisturbed worship the moment cathedral construction began. 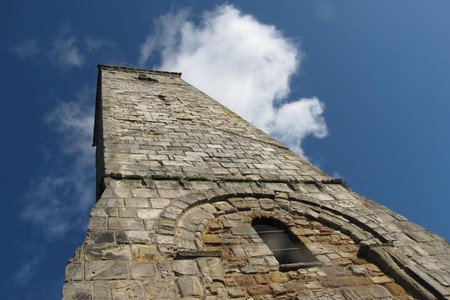 Operations continued as normal until 1559 when the Scottish Reformation resulted in the abolition of Catholic Mass, which then led to the ransacking of the cathedral. Eventually, the place was subjected to abandonment in 1561, causing it to fall into a derelict state of decay.

By the late 16th century, chunks of the leftover ruins were whisked away from the site following the collapse of the centre tower and the north wall. In 1826, the ruins finally received adequate attention. Today, St Andrews Cathedral is in the custody of Historic Scotland and open for endless exploration along with a museum. 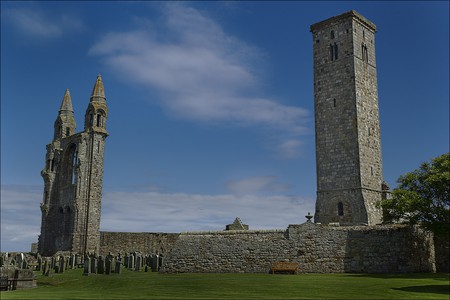