A Brief History of Scottish Shortbread 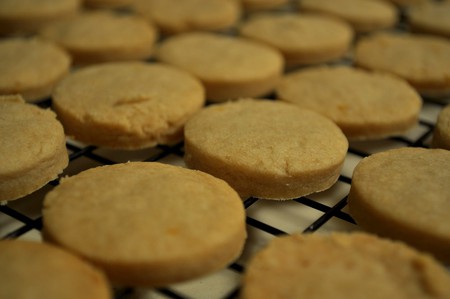 Nothing screams Scotland quite like shortbread. Whether freshly homemade or straight from a tartan-printed tin, all cares drift away the moment that extra buttery, crumbling goodness melts in the mouth. Wash it down with a strong pot of tea or even some bubbles for a dreamy combo. But what’s the story of this iconic Scottish staple?

Shortbread has been synonymous with Scotland for centuries, which is perhaps why people rarely stop to ask its origins. Although its first published mention was in 1736 by a Scots woman called Mrs McLintock, a variation of the classic biscuit was around long before.

It came in the form of a medieval biscuit bread made with leftover dough and cooked at a low temperature until it transformed into a rusk of sorts. Over time, the yeast was removed, and dollops of butter were introduced. 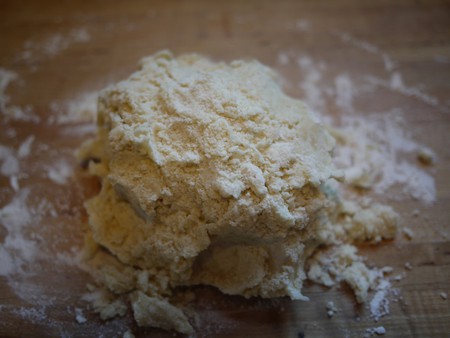 This Scottish flagship food was popular during the 12th century onwards, but it was Mary, Queen of Scots who perfected and refined it to become the traditional recipe we know today. Many believe her court’s French influences helped shape her insatiable shortbread obsession.

Most countries have their own rendition of a butter biscuit, but let’s be honest – the Scots have whittled it down to a fine art! The classic Scots recipe calls for good quality butter (the more, the better), salt, sugar and flour. More contemporary kinds can include extras like chocolate chips, light vanilla and ginger royal. Although it comes in an array of shapes and sizes, the most common are petticoat tails, rounds and the classic oblong style. 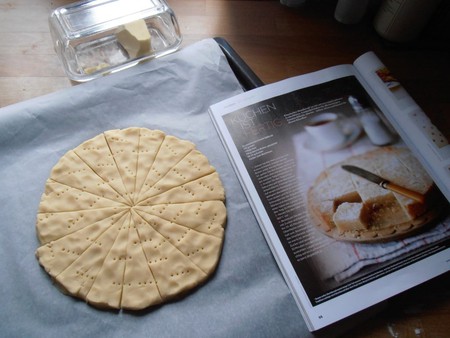 Regarding the name, many insist that it’s all in the massive helping of butter or the ‘shortening’ process involved in shortbread making, which essentially prevents the long gluten strands from forming to create that devilishly good sandy texture. Similarly, the term ‘short’ has been applied since medieval times in reference to something crumbly. 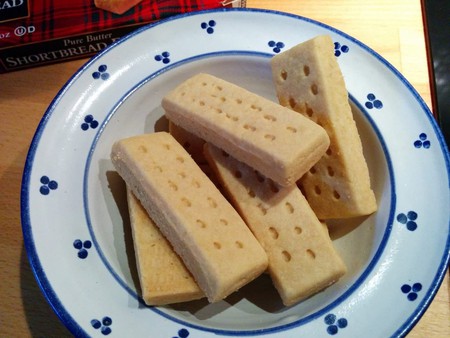 When it comes to the ever-so-popular ‘petticoat tails’, the belief is that they were named as such due to their likeness to the underskirts worn by ladies at the court of Mary, Queen of Scots. Some believe they were modelled on her favourite Gallic treats and therefore evolved from the French words ‘petite galette’ (small flat round cake) or ‘petit gâteaux’ (little cakes).

In Scotland, shortbread is inextricably linked with both Hogmanay and Christmas, with many Scots families stocking up on tins to be shared in abundance. First-footers often bring a tin as their gift to symbolise good vibes and a full tummy for the year ahead. 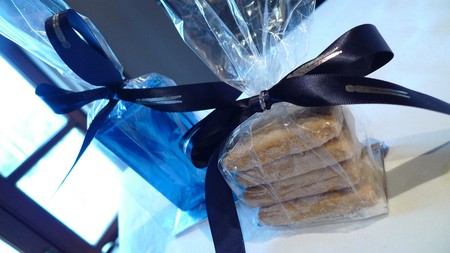 Many parts of Scotland incorporate shortbread into wedding traditions, such as the groom breaking a freshly baked piece over his bride’s head. If the shortbread crumbles, the marriage will be fruitful. In Shetland, a decorated shortbread piece is also crumbled over the bride’s head as the newly-weds cross the threshold of their new home! Although such traditions are viewed as slightly old-fashioned nowadays, it’s quite common to have mini shortbread bags as gifts for wedding guests.

Whether a stickler for Scots tradition or new to the shortbread scene, the ever-lasting appeal of this Scottish, buttery delight is hard to resist! 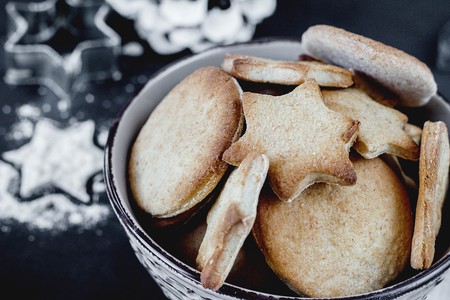 Longing for a true taste of Scotland? Check out our foodie guides to the best Scottish eats you have to try and Scotland’s must-visit restaurants.