Everything You Need to Know About Scotland's Historic Witch Hunts 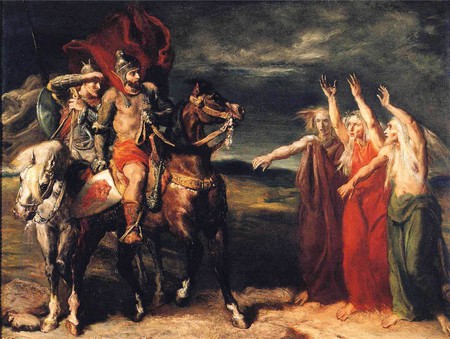 Across the world at Halloween, whether trick or treating, or attending parties, many thousands of children and adults dress up for the occasion as zombies, vampires, ghouls and ghosts — or witches. The Salem witch trials are famous, but fewer people know of the nationwide witch hunts that occurred in Scotland. Here we share the details of this dark period of history.

It is estimated there were between four and six thousand witchcraft trials in Scotland, most of which were in the lowland areas of the country, especially Aberdeenshire. This number is extremely high for such a small nation; with less than a quarter of England’s population at this time, Scotland had three times the number of trials. As was the case in other places where such trials existed, the reasons behind them were complicated but often had a root in the suppression of women at the time. This was certainly true in Scotland, as King James the Sixth (who later became King James the First of England) began to believe he was the victim of witchcraft after having seen witch-hunts on a visit to Denmark. 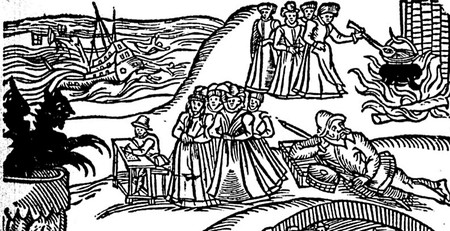 A woodcut from 'Newes from Scotland', showing details from a trial James VI attended. | Public Domain

Upon returning to Scotland, James attended witch trials and even wrote a book on the subject. After Daemonologie was published it sparked what became known as The Great Scottish Witch Hunt of 1597. Sadly this was the second national witch hunt in Scotland, with a further three to follow, the last in 1661. In each of these hunts, many hundreds of people, mostly – but not exclusively – older women, were accused of witchcraft and of talking to the devil. Often the charges against them were, by today’s standards, shocking — such as a woman healing someone when they were sick, the accusers assuming if she could heal she could also harm. The details of these trials, and the words of Daemonologie itself, led to the most famous example of Scottish witches in fiction — the three witches in Macbeth, by William Shakespeare.

Macbeth and Banquo Meeting the Witches on the Heath, Théodore Chassériau, 1855 | © Public Domain/Flickr

The islands of Orkney provide a good example of the dual nature of the public at the time — on the one hand several supposed witches were tried and executed here and, on the other, sailors were known to visit wise-women, or spae-wives, as they were known, in order to buy favourable winds for their sea voyages. The spae-wife was a valued member of the community, someone who was known to heal and assist in childbirth, for example, yet as the religious fervour behind witch hunts grew several spae-wives were burnt at the stake, such as Bessie Skebister and Alison Balfour (in the case of Janet Forsyth, who was tried and sentenced to death for saving a ship from being wrecked, legend has it that she disappeared the night before her execution). In Orkney, the place of execution was known as Gallows Ha’ and it still remains a grassy area in the city of Kirkwall, unbuilt upon due to its macabre history.

The last witch to be tried and executed in Scotland was Janet Horne, in 1727 and a small stone marks the spot in the Sutherland town of Dornoch where she was tarred, placed in a barrel, and burnt. As The Scottish Enlightenment advanced, extensive philosophical discussion about the supernatural and witchcraft meant that the topic was no longer viewed as serious and public interest in witch trials waned rapidly. By this point in history, however, the damage had been done — not just to the unfortunate women and men who had been falsely accused of witchcraft, but also to many ancient traditions. These included the pre-Christian Celtic tradition of leaving offerings and hoping for healing at Clootie Wells, places which were especially visited during Beltane, the festival of Spring (also banned by Parliament and the Church). 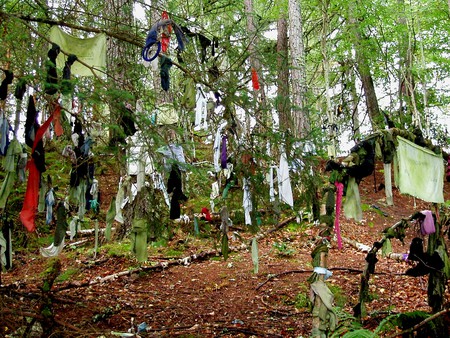 In recent years, interest in pagan ritual, ancient traditions, natural healing and spiritual connection to nature has re-emerged in Scotland, with examples including the resurgence of the use of the few remaining Clootie Wells, foraging classes and Edinburgh’s well-attended festivals led by The Beltane Fire Society. It was not that long ago in history that these things would not only have been frowned upon, but potentially still illegal, with The Witchcraft Act of 1735 still being on the statute books until the second half of the 20th century. 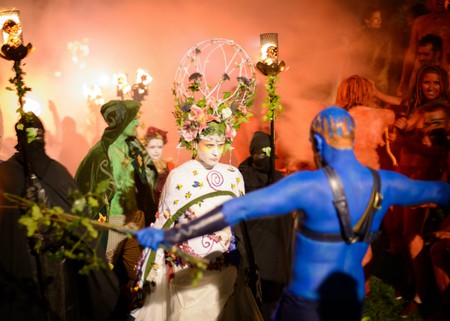 Without the extensive record keeping that had developed at the time of the witchcraft trials in Scotland (an obsession that carried over to the contemporary illustrations — the woodcut image above depicts a meeting of witches with a clerk to record the proceedings), and the work of modern scholars and researchers, it is likely that women such as Bessie Skebister and Janet Horne would long have been forgotten, lost in time. As it is, these names should be remembered, as a reminder of a dark period of history when suppression of women reached terrible heights and, with the phrase ‘witch hunt’ still used extensively today, this is something we should not forget.