A Brief History of Old Aberdeen 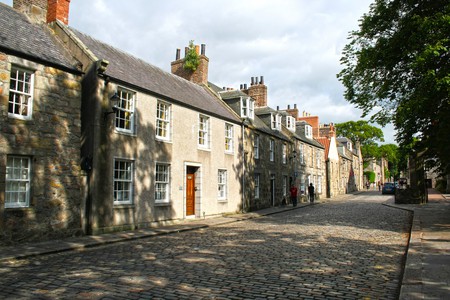 As time passes, cities grow to incorporate other urban areas nearby and Aberdeen is no exception, the fisherman’s village of Footdee being one example. However, Aberdeen was actually two Royal Burghs — Aberdeen and Old Aberdeen — until an 1891 Act of Parliament incorporated the latter into the former. Located to the north of the current centre, Old Aberdeen still retains a different character to the rest of the city. If you are planning a visit to Aberdeen, or perhaps are looking at the University, have a read of our wee guide to important moments in the history of the area.

Although there is evidence of prehistoric activity in the area of Old Aberdeen, the settlement remained small until the 12th century, when the church became a cathedral. It is said that the original church was founded by a disciple of St. Columba and it is this follower, St. Machar, who the cathedral is named for. With several periods of rebuilding, St. Machar’s Cathedral grew in size and power but was ultimately to decline following the Reformation and then damage from Cromwell’s troops in 1650. Today it is a High Kirk rather than a cathedral, as there has been no bishop since 1690. 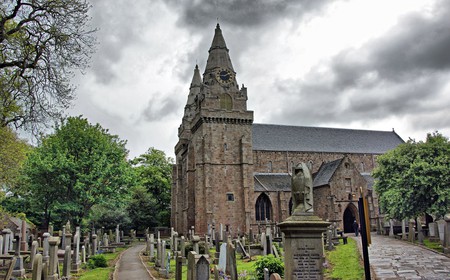 The area around St. Machar’s is known as The Chanonry, as is the photographic cobbled street running to the south of the cathedral. This part of Old Aberdeen was where the clergy lived — all the Chaplains and Canons who were needed for the Cathedral to function. Unfortunately, most of the older buildings were destroyed after the Reformation and replaced in the 18th and 19th centuries, but much of the area remains laid out on a similar pattern to that which existed in the medieval period. 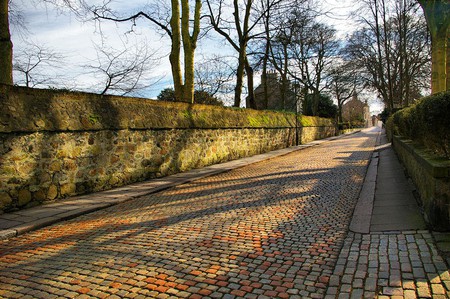 After Old Aberdeen received its charter, the area south of The Chanonry began to be developed for the business and merchant community, centred around the Town House and the Mercat Cross. The current building dates from 1789 and is now owned by the University and run as a museum. The streets in this part of Old Aberdeen were made wider in order to allow market stalls to be set up. The Mercat Cross was medieval in origin, but damaged during the Reformation and again during the Civil War. It was finally sold off in 1788 but a fragment was restored by the University and after initially being installed in a different position is now back where it was hundreds of years ago. 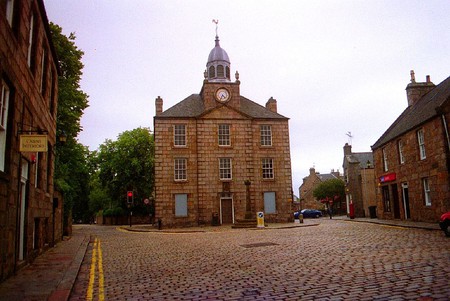 There were seven incorporated trades in Old Aberdeen, each containing many different sub-trades and these guilds held considerable power. The list of the guilds provides interesting clues as to the crafts that were deemed important. In order of founding, these were: Weavers, Bakers, Tailors, Hammermen, Shoemakers, Wrights and Coopers and Fleshers. Evidence of these guilds can be found all over Old Aberdeen, such as at Wrights’ and Coopers’ Place, or in the buildings they funded. 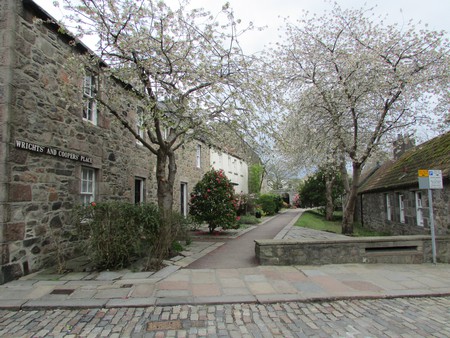 The Trades also founded hospitals, something that had traditionally been the domain of the church but these were not the hospitals we know today. Instead they were places where the poor could rest or even live, sometimes with stipulations that, for example, they only be used by ‘…a few aged relicks and maiden daughters of decayed gentlemen merchants or trade burgesses…’ This example is from Mitchell’s Hospital, an early version of a care home which can still be seen today close to St. Machar’s. 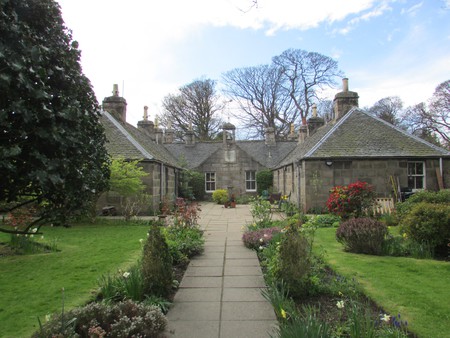 The third important area of Old Aberdeen is that of the University. King’s College was founded in 1495, five years after Old Aberdeen received its Royal Charter. This was the third university in Scotland and has played an important role in the history of Old Aberdeen and indeed, Aberdeen ever since its foundation. 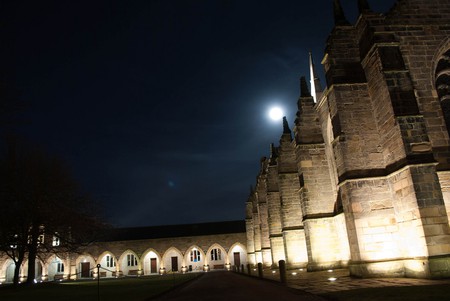 The King’s College building complex today retains a few ancient parts including the chapel, the Round Tower and Cromwell’s Tower. Newer editions include the 1870s renovation of the college quadrangle and New King’s which was finished in 1913. 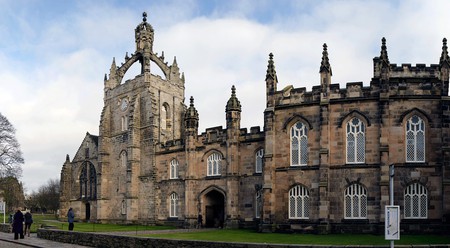 To give an example of how the University played an intrinsic role in the history of Old Aberdeen, you need look no further than the First Bishops’ War of 1639, when theological debate between the Episcopalian ‘Doctors of Aberdeen’ working for the University and the Presbyterian Covenanters spilled over into a full scale armed invasion of the area by the latter. Ultimately, these relatively minor skirmishe, and others across Scotland at the time may have sown the seeds for the English and Irish Civil Wars.

It is also worth mentioning that when Marischal College was founded in 1593, Aberdeen had two universities — the same number as existed in the whole of England at this time (Oxford and Cambridge)! Today Old Aberdeen is the principal home of the University, as Marischal College is now leased to the council. The University continues to buy buildings, renovate them and retain the area’s unique character — an excellent example of this is the Town House which as mentioned is now open as a museum. In many ways, this reflects the original motto of the Royal Burgh of Old Aberdeen — ‘through harmony, small things increase’. 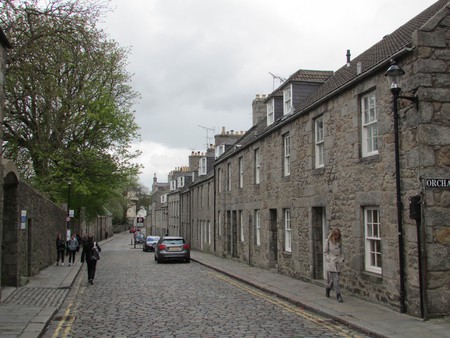