A Brief History Of Holyrood Abbey In Edinburgh 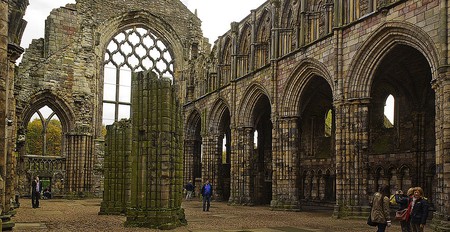 Next to the Palace of Holyrood House in Edinburgh sit the whispering historic ruins of Holyrood Abbey. Built by King David I of Scotland in 1128 for the Augustinian Canons, the Abbey came to fruition following a divine intervention with a hart.

The story goes that King David, while out hunting in the vicinity during Feast of the Cross (a day of commemoration in the Christian calendar), and after being bucked off his trusty steed, came face to face with a disgruntled stag. The King noticed a resplendent crucifix between the stag’s antlers or a Holy Cross projected upon high, just as the stag backed down. Needless to say, the stag refrained from mauling the King. Stirred and grateful, the King saw this as a purely spiritual event and founded Holyrood Abbey in that very area. 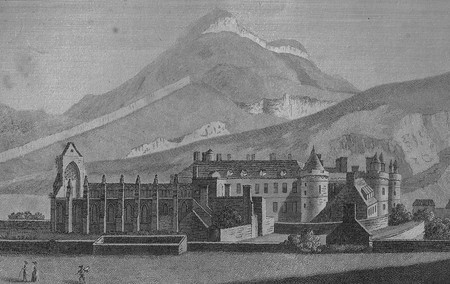 Holyroodhouse And Abbey In 1789 | © WikiCommons

Before it went to the English during the battle of Neville’s Cross in 1346, the church safeguarded a piece of the True Cross, which St. Margaret, David’s mother, brought from Waltham Abbey. It became referred to as the Black Rood of Scotland (rood meaning ‘cross’).

Time went on and Augustinian Canons Regular from Merton Priory frequented the Abbey. By 1177, the papal legate Vivian congregated here and by 1189, highly important matters were talked about by Scottish nobles and prelates, some of which involved William the Lion.

Stylistically speaking, specific parts of the Abbey (such as the doorway and the north wall) were crafted by stonemasons in a Romanesque architectural style, while the remainder of the building is a glistening example of 13th-century Gothic architecture in the looming arches. With this in mind, major renovations from 1195-1230 saw numerous additions including a six-bay aisled choir, three-bay transepts with a tower and the nave. 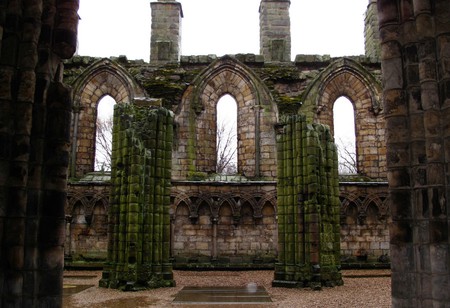 Over the years, the Abbey hosted many Scottish Parliament meetings, with Robert the Bruce holding parliament in 1326. It was also linked with Royalty, with many Kings frequenting the Abbey quarters. The treaty which ended the First War of Scottish Independence was signed by Robert I in the King’s Chamber. The Abbey was damaged during various invasions in the 1500s and after the Scottish Reformation in 1560, it went from Catholic to Protestant. Due to structural weaknesses, the roof collapsed in 1768, hence its incomplete state today.

It’s no surprise that Holyrood Abbey, with its impressive architecture and charming back-story, was a great source of inspiration for artists and writers, including the revered Romantic composer Felix Mendelssohn. After all, it contains a history that rivals the rest of Edinburgh. 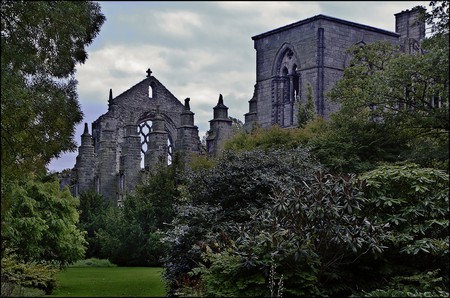 Holyrood Abbey | © dun_deagh/Flickr
Give us feedback