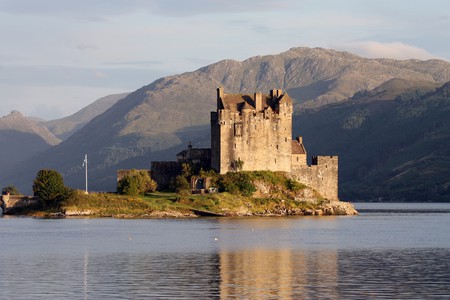 Scotland is full of castles, from the grand (and still lived in), to evocative ruins, now haunted by birds, beasts, and the ghosts of the past, there are hundreds of these historical buildings. The title of ‘most photographed’ could arguably fall to Edinburgh Castle, by virtue of its visitor-friendly location, but head outside the capital and this title is likely to be claimed by Eilean Donan Castle. Here’s our wee guide to the history of this ancient stronghold, from its earliest days, right up to the present.

In Gaelic, ‘Eilean Donan’ means ‘The Island of Donan’, and this name refers to the legend that the 6th century Irish Saint Donnán lived on the island for a time, before being martyred on the island of Eigg. No evidence has been found of any early Christian occupation, but that does not mean it is not there, buried beneath the current thick castle walls. What has been discovered by archaeologists is vitrified rock — a common practice during the Iron Age, when the builders of hillforts subjected their walls to high temperatures and fused and even melted the stone. No one is exactly sure why this was the case, but it does point to occupation of this tiny island stretching for perhaps 1500 years. 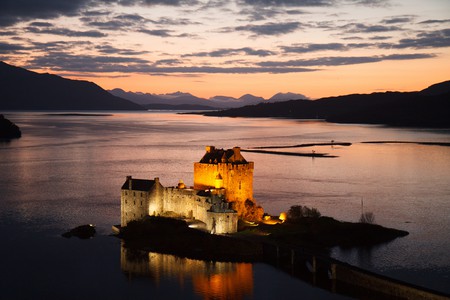 The first documented castle was built in the 13th century during the reign of the Scottish King Alexander II. Initially, nearly the whole island was contained by a wall, much larger than the current castle, and ensuring a solid bastion in what were the borderlands between the Viking Lords of the Isles to the west and north, and the Kingdom of the Scots. The highest point of the island housed the substantial main keep, and towers gave excellent opportunity to spot any encroaching Vikings, and fire down upon them.

There is a Scottish legend that, should a baby’s first drink come from the skull of a raven, then the child will later develop strange powers. Folk-tales tell of the son of the Chief of the Matheson Clan who did this, and later began to talk to the birds! He had many adventures, travelling for many years, and over many miles, before returning to his homeland. The King was so taken with his tales and skill that he asked him to build the castle. A different legend states that the island was the burial place of the King of the Otters, whose descendants can be seen on the shores to this day. 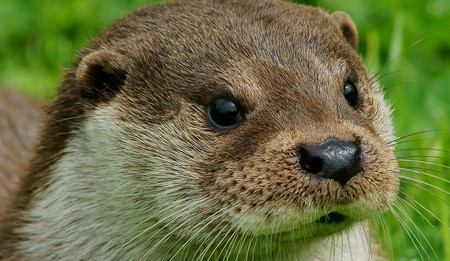 Otter (Lutra lutra). Probably not their King though | © Peter Trimming/Flickr

By the late 1300s, the size of the castle had reduced to around 20% of the earlier size. Manning a vast castle was expensive and difficult, and a smaller building on a tiny island was just as easily defended — by fewer soldiers. Even for shallow-keeled boats, the waters around Eilean Donan are not very deep and, as such, potential attackers would have to wade ashore, their woollen garments, arms and armour weighing them down before they even got close to the walls. 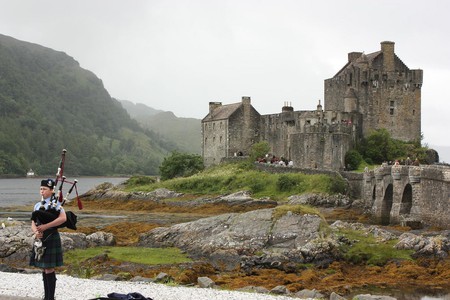 The other clans who have held a long historical relationship with the castle include the MacRaes (the personal bodyguards of the Chief of the MacKenzie clan), the MacLennans, and the MacKenzies, with the defence and ownership of Eilean Donan switching between these allies over the centuries.

Throughout the medieval period the Highlands and Islands of Scotland were the location for a series of clan feuds, with family pitted against family, and glen against glen. As it held such a strategic position Eilean Donan was a constant target, and the attackers were usually one branch of the Clan MacDonald, or another. During the civil wars in the mid 17th century, the castle was briefly held by a Parliamentarian garrison, but it was not long before it was back in Royalist hands. 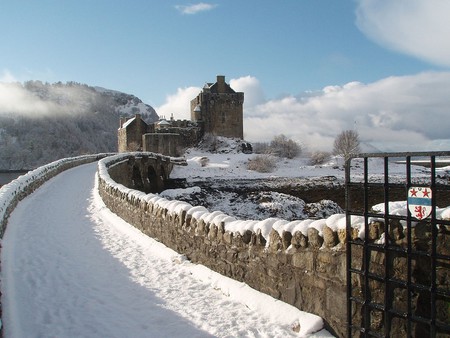 This support for the crown was soon to lead to the castle’s downfall, when the majority of Highlanders stood by the exiled King James (earning themselves the now-famous name ‘Jacobites’). By this point the castle was not the building it had once been, with a surviving contemporary sketch showing that much of it had no roof and crumbling walls, the last Constable of the castle, Reverend Farquhar MacRae, having been removed in 1651. In 1719, the castle was occupied by a force of Spaniards, who were allies of the Jacobites, but they were defeated by three ships of the Royal Navy, who captured the castle. Over two days the crews used 27 barrels of gunpowder to blow up the castle, leaving it a ruin — and this is how it remained for two hundred years. 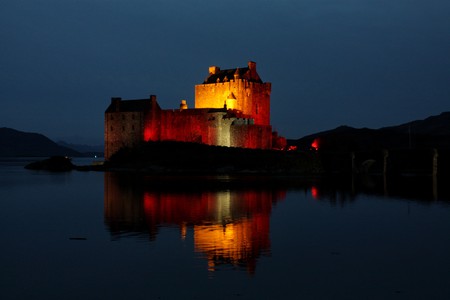 In 1912 Lieutenant-Colonel John MacRae-Gilstrap bought the castle with the intention of preserving the ruin his ancestors had fought to protect. However, the stonemason he employed (strangely, also named Farquhar MacRae) had a dream in which he saw the castle restored to its former glory and began planning to do just that. When MacRae-Gilstrap returned from the first World War, he discovered this and decided to allow the plans to go ahead. By 1932, the castle had been rebuilt, with new additions including a monument to those of the Clan MacRae who had fought in the war, and a bridge over to the mainland. 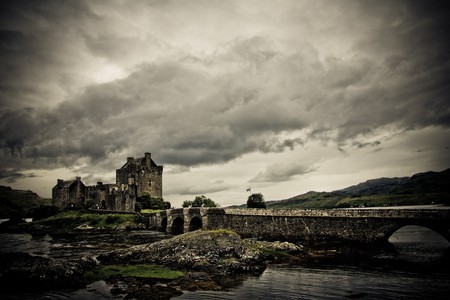 The Bridge to the Island | © Pelle Sten/Flickr

In 1955 the castle was opened to the public, with the Conchra Charitable Trust formed in 1983 in order to care for Eilean Donan. The castle has featured in several films, including Highlander as the home of the Clan MacLeod; and as the Scottish headquarters of MI6 in the Bond movie, The World Is Not Enough. 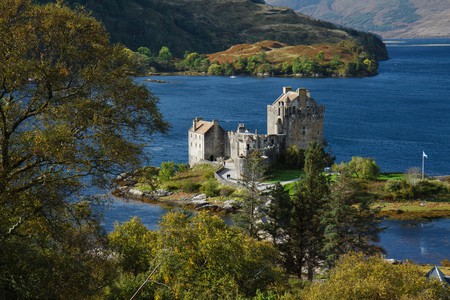 Not just thousands, but hundreds of thousands of people visit each year, making it one of the most popular tourist destinations in Scotland. With the spectacular setting for this stunning building, added to such a colourful and intriguing history, it is easy to see why.