6 Things You Need to Know About the Highland Cow 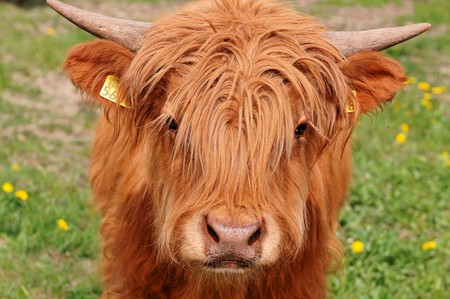 When it comes to iconic domestic animals, the Highland cow is instantly recognisable across the globe. With their fluffy coats and sweeping horns they are an intrinsic part of Scotland’s culture, appearing on countless photos, packaging and adverts. Here are six interesting facts about this picture-perfect cow you may not know.

There is no escaping the fact that Highland cattle are ridiculously cute. With their shaggy coats, just-out-of-bed hair, long curving horns and teddy-bear appearance, they are highly photogenic. These features are not just pretty though, they also enable the cow to survive harsh winters in tough environments. Their thick woolly undercoats keep them warm, while the longer guard hairs shed snow and rain. Long eyelashes and a thick fringe of hair protects their eyes from stinging hail, lashing rain, insects, and biting winds, and they use their big horns to rake away snow in order to get to food (and for a good scratch!). The fact that these things make them look adorable is just a happy bonus. 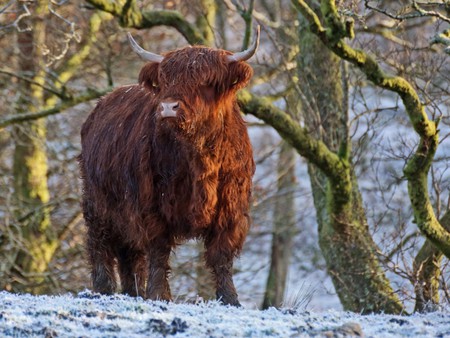 The oldest registered breed of cattle in the world

The Highland Cattle Society was formed in 1884, with the first herd book recorded the year after. At this time, in Inverness, the breed standard was discussed and set (including those bangs) and has remained unchanged ever since. Written records of Highland cows go back a century before this, and their first mention was in the 6th century — a very old breed indeed. Today the Queen is the patron of the Highland Cattle Society and not only has an award-winning herd (or fold, as a group of Highland cattle are known) of her own — founded at Balmoral in the year of her coronation, 1953 — but her fold is considered one of the best in the world. 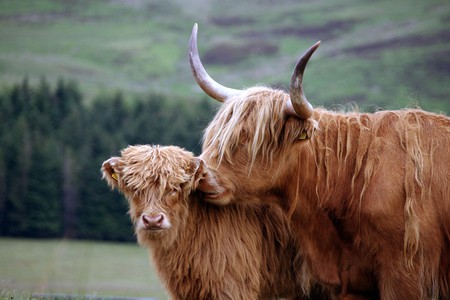 The Highland cow is not just superbly adapted to life in the tough climate of the Highlands and Islands, but its meat is of exceptionally high quality. With 40% less fat and cholesterol than normal beef, and a succulent, tender nature, Highland cattle meat is highly prized. However, the Highland cow is small and, because of this, is cross-bred with others in order to maximise the beef yield. This has led to the Highland cow being exported across the globe, wherever there is need of a species that can convert poor upland grazing into excellent meat, from Scandinavia, to Canada, Australia, New Zealand and even 10,000 feet up in the Andes mountains. 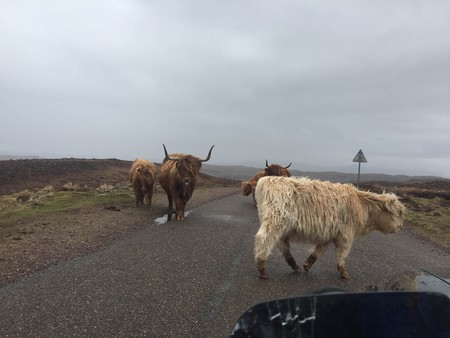 Although the classic image of a Highland cow is ginger in colour, they also come in other shades — red, yellow, brindle, dun, silver, white, and also black. When they are being shown they are groomed, with conditioner and oils being used to make their coats gleam and fluffy. The horns grow differently in males and females, with the bulls being thicker, curving forward with only a small upwards rise near the tip, if any at all. The cows’ horns are more slender, and curve upwards. They are also longer than the bulls’ horns. The Highland cow is known as the Heilan coo in Scots, and Bò Ghàidhealach in Gaelic. 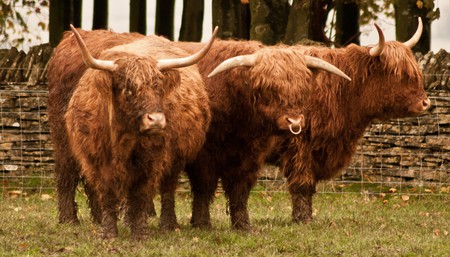 A bull Highland cow weighs around 800kg (1,800 pounds) and a cow 500kg (1,100 pounds), which is relatively light for cattle. Due to this, and their natural light-footedness, the Highland cow is an excellent choice for conservation grazing, where rough ground is grazed in order to provide habitat for other species. They trample areas of bracken, allowing flowers to flourish, their dung provides excellent fertiliser for the ground and, because they feed by pulling up grass and plants with their tongues, they do not trim the vegetation as closely as nibbling sheep do. Wildflower seeds are also spread by becoming attached to their coat, to drop off elsewhere. 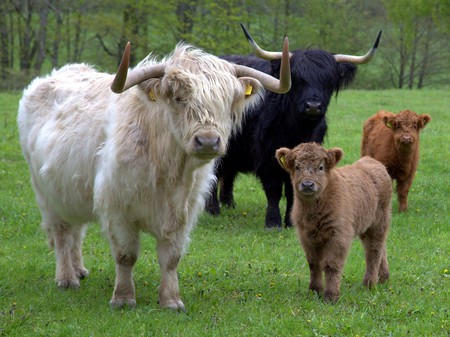 The Highland cow is renowned for its friendly nature, often approaching people to demand attention. Despite the fearsome horns, they have such a good social hierarchy and understanding of their own place within it, that fights never happen. As with all livestock, it is worth taking extra care if you are walking with a dog, and do not approach the cattle if they have young calves, as they can be protective (they make remarkable mothers too — often breeding beyond the age of 18 and raising 15 or more calves). 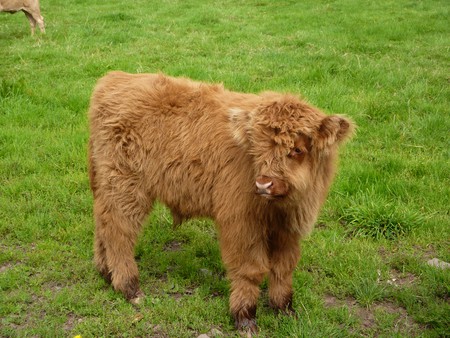