5 Cheap Ways to Travel Around Scotland 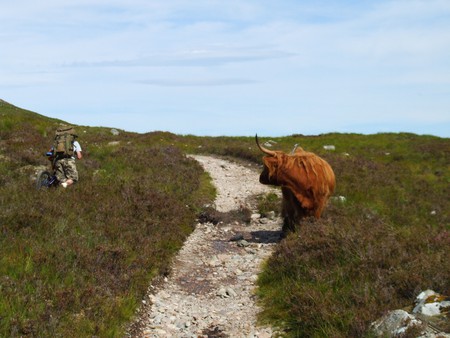 Travel around Scotland need not be expensive. With a little planning and knowledge, these handy tips should save any visitor money, whether getting from A (Aberdeen) to B (Brora), or C (Crieff) to D (Dundee).

The rail system in Scotland provides an excellent and relaxing way to see much of the country, with stunning journeys, the ability to get up and easily stretch your legs, and constantly changing and beautiful views. Buying a ticket on the day, however, is definitely not the cheapest way to travel. Instead, have a look at booking ahead online. Cheap tickets usually become available eight or nine weeks before the date of travel, and savings can be huge, from 50% off a standard fare or, sometimes, even 75%. These tickets do get snapped up quickly but, if you find this has happened on a journey you are interested in, try and break it up into sections. For example, Edinburgh to Inverness could be broken into Edinburgh to Perth, and Perth to Inverness, using the same train. A little patience can save a considerable amount of money this way. Another option is to look at railcards and passes. Depending on your age and your travel plans, there may be something that’s suitable, such as the 18-25 railcard, or the “Two Together,” which, as the name suggests, gives discounts for two people travelling together. Travel passes are available to buy internationally, and give the bearer flexible and unlimited travel, either across Scotland, or within a region. If you are planning on touring Scotland by rail, this can often work out as a substantial saving on normal fares. 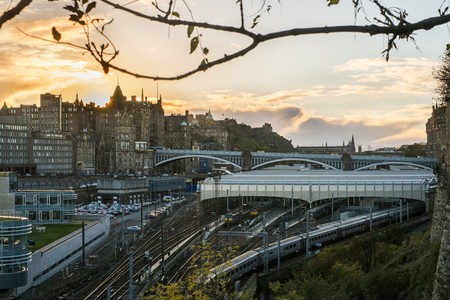 Perhaps the cheapest method of travel to cover a long distance is by bus or coach. As with the trains, booking ahead on a bus is definitely the best option. Travel between the bigger cities is often very cheap this way, especially by the Megabus. For example, it is possible to get between Edinburgh and Glasgow for only £4 and even to reach Scotland from London for as low as £1. These deals are quickly snapped up though, so it is important to keep checking the websites for the bus companies. Like the trains, there are passes available for bus and coach travel in Scotland. The Scottish CityLink Explorer Pass is worth checking out, as this can also be used on the Megabus. Also, when visiting a city like Edinburgh or Glasgow, it is worth looking at day-tickets for bus travel, which usually cost only a little more than a standard journey fare. 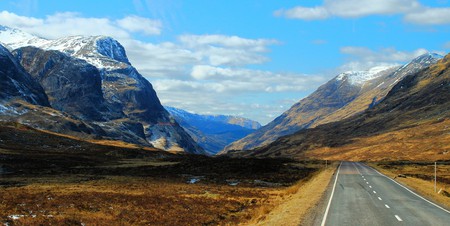 Scotland has just under 800 islands, of which 130 are inhabited. The most popular way to reach these islands is by boat, and passenger ferries are a surprisingly reasonable way to cover large distances. Some of the boats, linking the mainland of Scotland with the bigger groups of islands, such as Orkney and Shetland, are large and comfortable, whereas some of the inter-island ferries will understandably be smaller. An added bonus of boat travel is the wonderful views, the fresh sea air, and the wildlife that can often be seen from the boat. These can include dolphins, whales, seals, basking sharks (the second largest shark in the world) and a wealth of birdlife, such as white-tailed sea eagles, or puffins. Combine train or bus travel with boat travel as a foot passenger to save the most money. As soon as you start booking cabins the price rises substantially, however. Boat travel is a good way to meet other people, whether fellow travellers or locals heading home, who are often more than happy to share their knowledge of your destination. As with rail and bus travel, the best place to look is online, with Northlink and Calmac being the two biggest ferry operators. 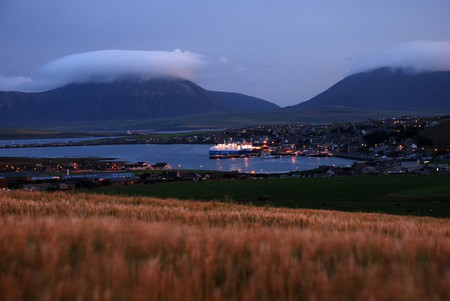 Although it might not instantly seem it, travel by airplane can not only be cheaper than you may have imagined, but also provide unique (and record-breaking) adventures. If you fly from Glasgow to Barra, for example, the runway for the airport is on a two mile long stretch of shell-sand beach, and the route between the northern Orkney islands of Westray and Papa Westray is in the Guinness Book of Records as the shortest scheduled flight in the world, taking just two and a half minutes. Perhaps the biggest saving for flying is in terms of time; to fly between Edinburgh and Wick John O’Groats airport takes an hour, to travel by train takes eight or nine hours, and two or three different trains. As with the other means of travel, if you book flights far enough in advance it can work out a lot more economical than buying closer to your travel day and, while usually more expensive than the train, it can be cheaper than you may initially think. Some people opt to travel one way by plane, then return by train, getting the best of both worlds; the speed of flight, and the beauty of the train journey. 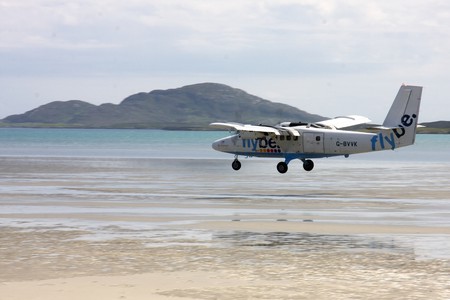 Under your own power

Every year many thousands of people come to Scotland with the express intention of travelling around under their own steam. There are several internationally renowned long-distance paths and routes, taking the adventurous through some incredible scenery. Some, like the West Highland Way or the Great Glen Way, are more travelled than others, such as the Cape Wrath trail, but all offer their own challenges. There are also people who canoe or kayak their way along deep empty lochs or empty coastlines. Then there are others who bring or hire a bicycle and tour quiet back roads, or even head offroad. If you are a keen hiker or outdoors-person, then these options will definitely save you money, and give you a unique view of Scotland. John O’Groats, in the far north of Scotland, is the furthest point from Land’s End in Cornwall, England (874 miles). It is the end (or sometimes start) point for many people walking or cycling between these two points. As well as saving money on transport, if you travel under your own power you can save money on accommodation by camping, or using one of the bothies available across Scotland. 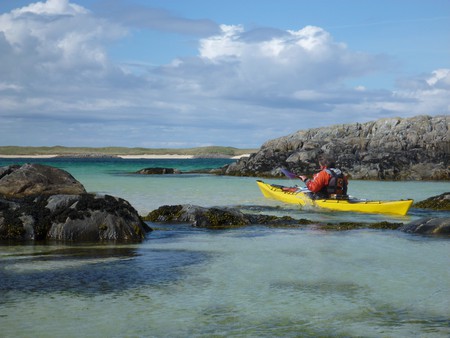