20 Things to Do in Edinburgh in Your Twenties

20 Things to Do in Edinburgh in Your Twenties

Wild and spontaneous, Scotland is a great place to shed that quarter-life crisis and start living. Taste that whisky, dance like you do in front of the bathroom mirror, unleash that inner spirit animal and usher in that sense of adventure (it’s longing to break free) with 20 things to do in Edinburgh in your 20s. Cue Forever Young.

Whether solo or with a gaggle of friends, nothing screams Scotland than taking a mid-week whisky tour at The Scotch Whisky Experience. Smooth and sweet, enjoy the virtual distillery barrel ride and sample every kind in sight. It’s five o’clock somewhere.

See a string of spontaneous late-night shows at The Fringe

The Fringe Festival lends itself to any age. However, it is especially a playground of creativity for those in their 20s. Make a point of seeing as many shows as possible and prepare for a trippy time. Some may be unexpected, others downright bizarre, but that’s the fun of it. What’s more, you can make the most of all the shows going on in the wee hours of the night and enjoy the cobbled-street walk home as the Scottish sun is coming up.

Spit on the Heart of Midlothian

Yes, that’s right — spit on that mosaic granite stone heart (located on the Royal Mile by the West Door of St Giles Cathedral) and make sure loads of people are watching! After all, what are they going to do…fire you? For years, this tradition has tickled the funny bone of those in the know, although many Scots are unfazed and take it ever so seriously. Long story short, it is said to bring luck but actually stems from the times of public executions when those opposed would spit to show disdain. 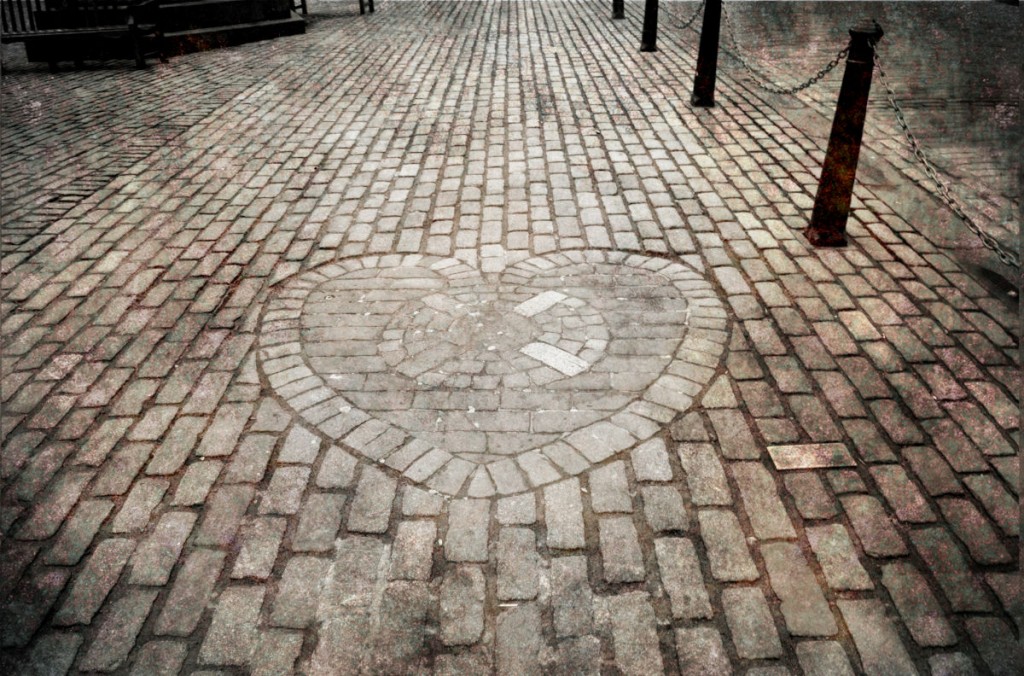 Take a morning tour of the Edinburgh Gin Distillery

Schedule a cheeky wee tour of the Edinburgh Gin Distillery and embrace the festivities that ensue. Consider the tour ‘educational’ and spread your newfound knowledge with anyone who will listen at the bar after. Why not book it for the morning? Gin is just as good a wakeup call as coffee.

Have an exceptionally boozy brunch at Badger & Co.

Forget ladies who lunch. Grab a bunch of pals and embark upon the booziest brunch of all brunches. Badger & Co. is a grand place, with its suave interior, craft cocktails and ridiculously tasty breakfast and lunch menus. Although you can’t go wrong with the full set, the smashed avocados on toast is a winner. Those pies though…#yabeauty

Get a piercing on Cockburn Street

An almost obligatory rite of passage for any Edinburgh native, relive your rebellious teenage glory days and get a new piercing, preferably somewhere near Cockburn Street or the Canongate.

Preferably wearing a See-You-Jimmy-Hat, because why not? In all seriousness, the tour bus trips around Edinburgh are second to none and overflowing with random yet cool facts. Landmark spotting aside, it makes for a cracking mode of public transport. Hop on and off as you please. You have 24 hours. Go.

Seriously. For wisdom. It’s tradition for philosophy students and thinkers alike to rub good old Humey’s big toe, with the hope that this will somehow bring a sense of enlightenment. A must-see landmark, this Sandy Stoddart crafted sculpture is a local legend.

Take a vintage shop tour of the city

Start at Armstrongs and try on all the pre-loved treasures from the most memorable decades (this will keep you entertained for at least an hour) and work your way through the rest of the best vintage shops in the city. Go on — get that 1970s mini skirt or Dolly Parton-style white cowboy boots and dress to impress for a night out on the skite.

Indulge in a deep fried Mars Bar for lunch

Yes, for lunch! Consider it a Scottish salad of sorts. Step over to the dark side and embrace the silky sumptuous melted chocolate encased in an equally as tasty chippy batter. There are plenty of chippies to choose from.

Test the tides and walk the Cramond causeway

When the tide permits, traverse the paved Cramond causeway (it reveals itself only for short spurts when the tide is low) for about a mile until you reach Cramond Island. Enjoy the liberating feeling of being alone on an island then head back to avoid getting stranded! The striking causeway pylons were created during World War II as a submarine defence boom.

For the perfect blend of unrivalled views and relaxation, book into the One Spa at the Sheraton and enjoy a dip in their famous rooftop hydro pool — it’s infused with healing qualities. Then, allow the fresh Scottish air to repair.

Give rock climbing a shot

Your 20s are the time to experiment with new hobbies. Pick from Alien Rock or Edinburgh International Climbing Arena and give bouldering a go. You may discover a newfound love for heights!

Head to Hillend and hit the Scottish slopes

Set in the resplendent backdrop of The Pentland Hills, grab a group of pals and give snow sports a shot at Hillend. The artificial slopes are open year round, creating endless banter for both snowboarders and avid ski enthusiasts.

A maze of mirrors, trippy tunnel of triumphant dreams, one of the largest hologram exhibits in Europe, morph machine, magic gallery and the camera obscura herself. What’s not to love with Edinburgh’s oldest purpose built visitor attraction?

Eat every pastry in sight at Valvona & Crolla

After spending your teens drooling over the plenitude of pastries at Valvona & Crolla (we’ve all done it), your 20s are the time to stock up on every delight in sight. And no one can stop you!

Dive off the top board at the Commie Pool

Tackle those fears and take a leap of faith. Whether early, mid or late 20s, there’s no better time than the present to dive off the top diving board at the legendary Commonwealth Pool. One for the bucket list.

Indulge in a daytime cheese-infused feast at Pickles

Tucked away in a subterranean snug, Pickles is the perfect place for groups of 20-somethings to drink the day away (yes, day) while snacking on insanely delicious cheese and meat boards. The atmosphere lends itself to life-altering riveting conversations.

Have a fancy picnic at the top of Arthur’s Seat

Romantic and breathtaking, the time has come to act like a half adult and take a picnic to the top of Arthur’s Seat. After a brisk walk, the scran and panoramic views of Edinburgh will make it all worthwhile. Following a shot or two, roly-poly down that hill. Or get your mate to run like their life depends on it. At least for the laughs!

North Berwick, the perfect seaside day trip destination and impromptu staycation location, is just a 20-minute train journey away from the city centre. Explore the picturesque town, swing by Steampunk for lunch and class cakes, make a pit stop in all the pubs, splurge in all the charming shops and stroll along the beach barefoot while enjoying an ice cream from the S.Luca ice cream van. What quarter-life crisis?