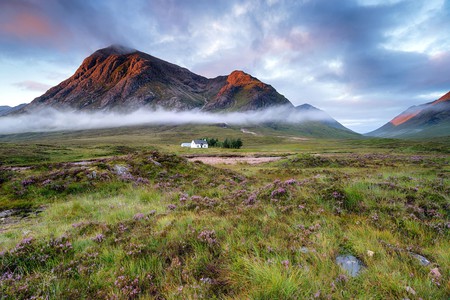 From stunning scenery to a traditional culture that has remained true to its roots throughout the centuries, the Highlands of Scotland offer so much. There are haunting ruins to explore here, along with picture-postcard villages, fascinating wildlife and constant surprises to be had. Not convinced? Maybe these wanderlust-inducing photos of the Scottish Highlands will change your mind.

Feeling inspired? You can now travel with Culture Trip to the Scottish Highlands on our epic four-day winter adventure.

Dawn in the Scottish Highlands

The light in the Highlands is magical, no matter the season or the time of day, but it is perhaps most stunning as the sun sets and rises – with low light creating bright flashes across the river, loch and burn. 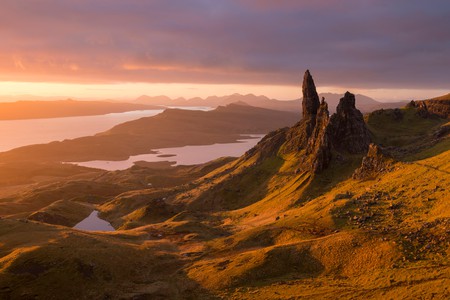 Morning sunlight at the Old Man of Storr on the Isle of Skye, Scotland | © Adam Burton / Alamy Stock Photo

Roaming Wild in the Scottish Highlands

The right to roam across the Highlands is bound into the culture. Following small tracks – perhaps on foot, perhaps by bike – will often lead to the perfect place for a picnic, or maybe make you ask, “Who lived here, and when?” 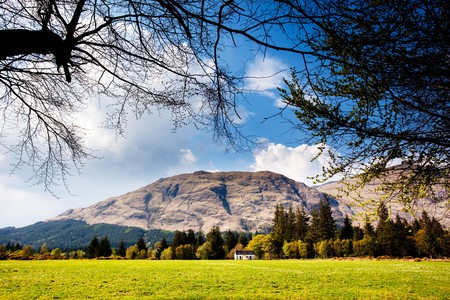 Hidden Secrets in the Scottish Highlands

It’s not just crofts and cottages that lie abandoned. Infrastructure from times now long gone can be found across the region – whether drover’s roads, coffin trails, or bridges constructed for packhorses many, many years ago. Secrets are still waiting to be discovered here. 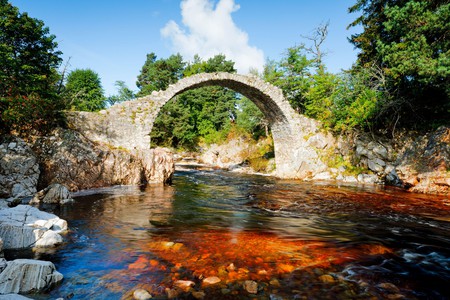 Ancient Strongholds in the Scottish Highlands

Scotland has many castles and the Highlands contain some of the most stunning examples. You can even stay the night in some Scottish castles. This one is Eilean Donan, set on the shores of Kyle of Lochalsh. 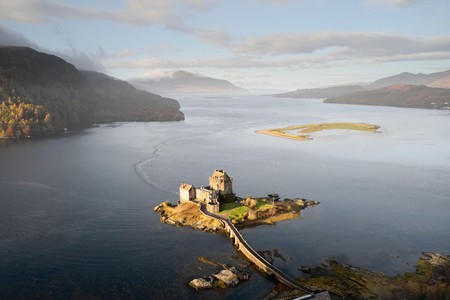 Crumbling Castles in the Scottish Highlands

Other castles are ruined, looking as though they were carved from the very rock upon which they are built, like the old castle at Keiss here. 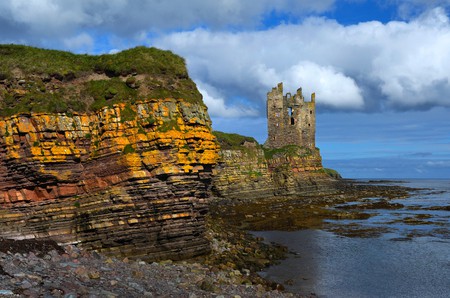 Magical Rivers in the Scottish Highlands

You’re never far from open water in Scotland, whether it’s tiny rivulets running down hills, deep lochs dividing islands, or beautiful rivers running the width of the country. This water brings life and beauty here, sometimes moving like this wee river in Torridon. 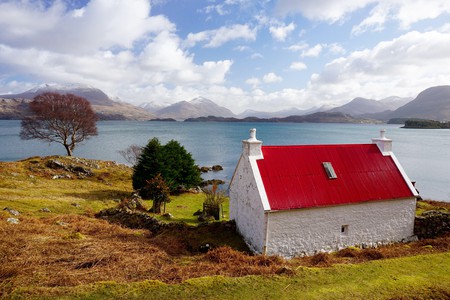 There are waters so still here, you could use them as a mirror. Just beware of any mythical beasts who may be lurking – whether Nessie or the Kelpies. 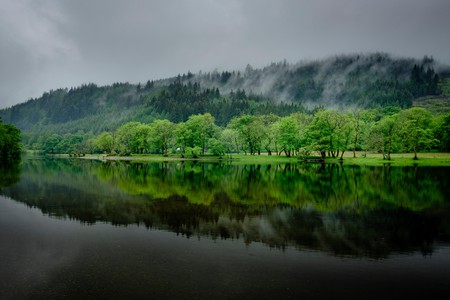 Frozen Lochs in the Scottish Highlands

In winter, the days are short but the cold has a beauty of its own. Winter sports options are available across the region, but sometimes it is enough just to sit and stare at the late dawn across a frozen and snow-clad loch, hiding her secrets until spring. 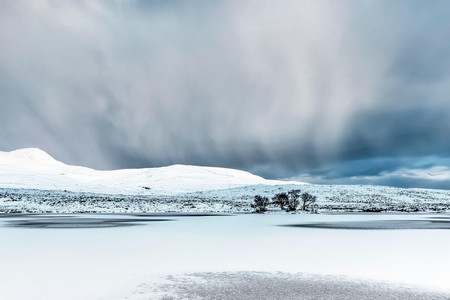 Dark Skies and Bright Stars in the Scottish Highlands

During winter, the sun leaves long hours of night — which is the perfect time for stargazing. With some of the darkest skies in the UK, the Highlands regularly offer stunning spectacles of stars and unforgettable natural phenomena. 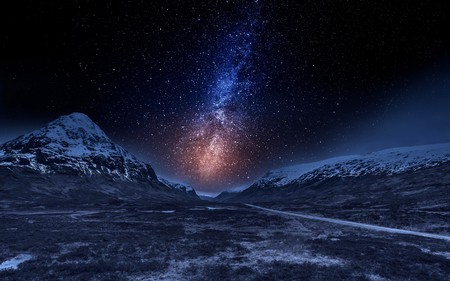 Merry Dancers in the Scottish Highlands

Our galaxy – the Milky Way – is often bright across the skies here, looking for all the world like a splash of paint. Here it is accompanied by a small aurora on the horizon. There are times when the Northern Lights are high overhead, dancing and flickering. 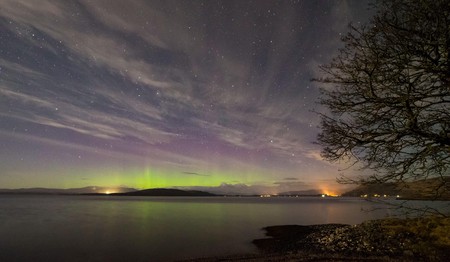 Friendly Faces in the Scottish Highlands

The iconic Highland Cow, built to withstand the Scottish weather and thrive here. They are friendly and often inquisitive, almost as though they demand their photo be taken. 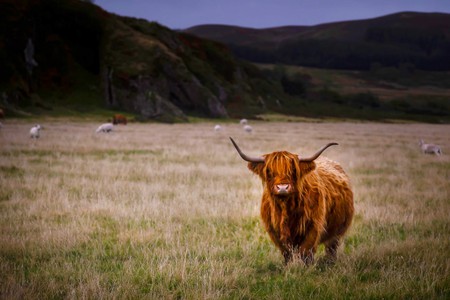 Art in Strange Places in the Scottish Highlands

Sculpture and public art are to be found in the strangest of places – such as here at Loch Earn, with the iconic silver Mirror Man. 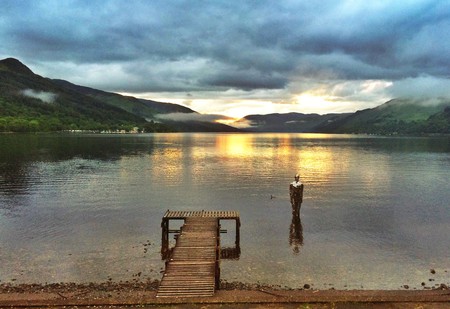 And also here in the shadow of the bulky Ben Hope, near Durness in Sutherland — one of the wildest corners of Europe, yet art still roams free. This is the sculptor Lotte Glob’s work and well worth a visit if you drive the North Coast 500. 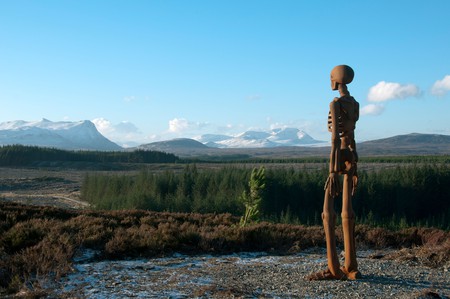 The Queen of Mountains in the Scottish Highlands

Known as the Queen of Scotland’s mountain, Ben Loyal rises 764m (2507ft) – not quite a Munro, but seeming taller for its proximity to sea level. The mountain also stands near the northern coast. 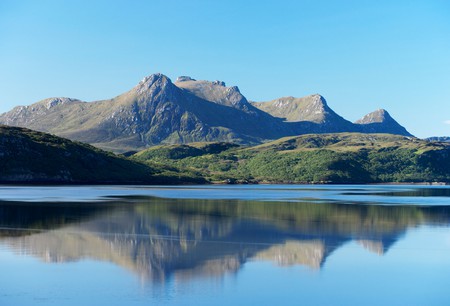 Beautiful Towns in the Scottish Highlands

Oban is a beautiful and photogenic wee coastal town, a gateway to places such as Barra, Coll, or Lismore – reached by ferry, but also worth exploring in its own right. 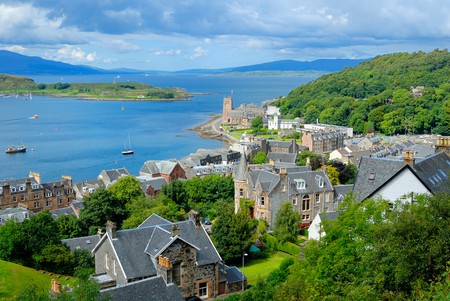 Country Roads in the Scottish Highlands

Visit the Highlands and it can be guaranteed you will see a tiny road winding somewhere unknown, disappearing into the mountains and moors, tempting you to follow. 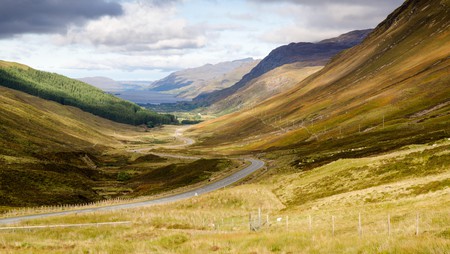 High Places in the Scottish Highlands

If you climb to the tops of the peaks, you often find you have the view and pinnacle to yourself – the busy Ben Nevis is perhaps the obvious exception – and at times like these, you’ll likely feel a solitude and peace, unlike anything to be found elsewhere. 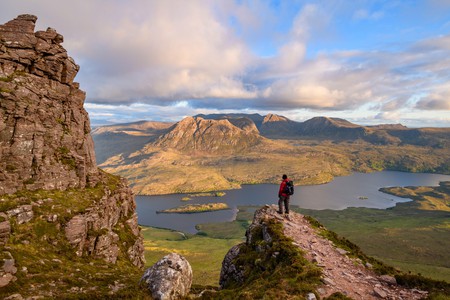 Did we mention the beaches? High though the Highlands may be, they also descend to some of the richest and most beautiful waters in the world, with miles of sand all to yourself – apart from the odd seal or otter maybe – or secluded and sheltered bays like this one. The waters are often warmer than you may think. 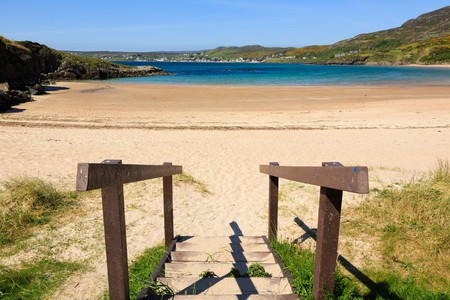 Iconic Architecture in the Scottish Highlands

There are few railways across the Highlands, simply because it is too mountainous and there are too few people to warrant building more, but the routes that do exist – like the West Highland Line here offer stupendously beautiful journeys. This is the Jacobite steam train crossing the famous Glenfinnan Viaduct: AKA The Harry Potter Bridge. 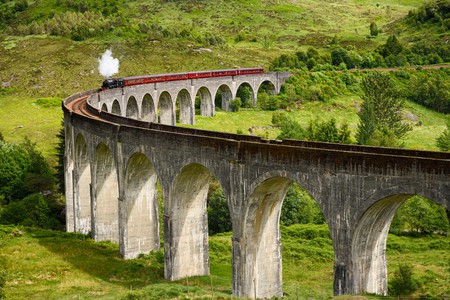 Sunset Islands in the Scottish Highlands

Even when you reach the coast of the Highlands the land does not stop, instead, it frays into thousands of islands – from the large like Skye to the small like this tiny islet here. If you kayak or sea canoe, these places are magical to camp upon. 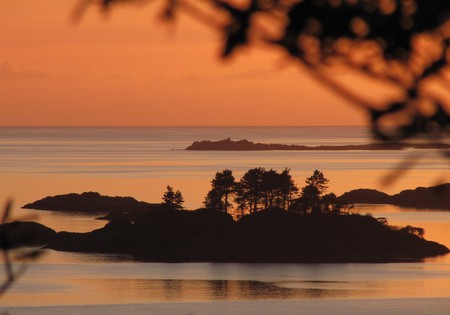