16 Foods You Must Eat When You're in Scotland 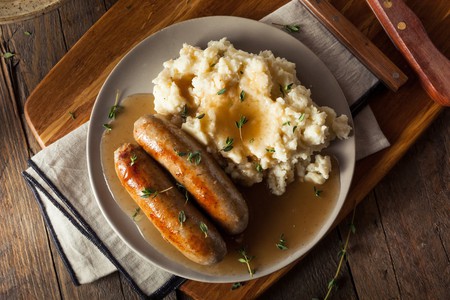 Scotland is a pantry of dreams and a bountiful land of plenty in terms of fresh produce. From Scottish salmon to homemade buttery shortbread, we take you on a tour of its culinary highlights.

‘Fair fa’ your honest, sonsie face, Great chieftain o the puddin’-race! Aboon them a’ye tak your place’. Address to a Haggis by Scotland’s beloved poet Robert Burns sums up how highly regarded haggis is in Scotland. The rumours are all true. Scotland’s iconic national dish is made of sheep’s pluck (liver, lungs, and heart) minced with spices, salt, oatmeal, suet and onion inside a lining of the animal’s stomach (nowadays it can be artificial). Intestines aside, this delicacy is utterly divine. Don’t knock it until you’ve tried it. 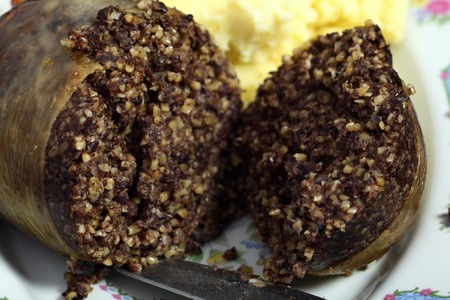 Although typically served with haggis, neeps and tatties are featured in many Scottish dishes. Just to clarify, ‘neeps’ are turnips and ‘tatties’ are potatoes. If you add butter and chives to the mix, you get clapshot (a dish that originated from Orkney). In Scotland, neeps and tatties go together like peas and carrots. 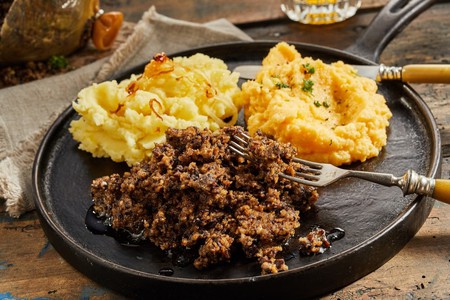 Walk into any high-end supermarket or restaurant across the world and look for Scottish salmon. It will be there. Why? Because it is the best. Scotland is a prime breeding ground for salmon, with water that is as fresh as can be. Scottish salmon is celebrated globally for its terrific taste and perfect texture. Make sure to appreciate the greatness while in the heart of Scotland and experience it for yourself. 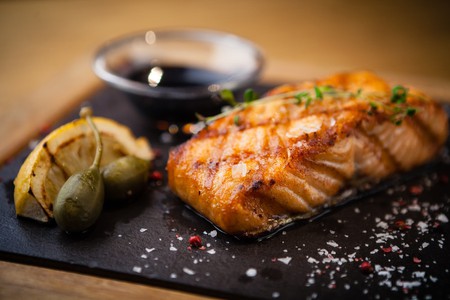 Whether it’s Scott’s Porage Oats straight out of the box or a gourmet restaurant version, nothing beats the hearty taste of good old Scottish porridge. Be warned; it is made with salt, not sugar. If you can pick it up with your hands, don’t be alarmed; that’s how it is supposed to look. Immerse yourself in Scottish culture and taste a part of it every morning with each spoonful of porridge. 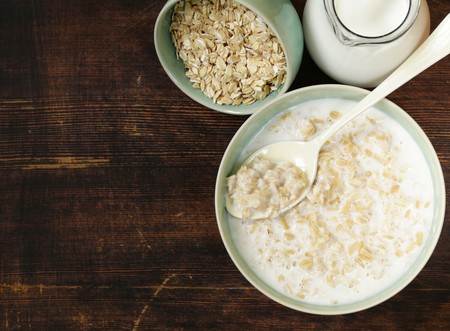 A full Scottish breakfast is just like a full English breakfast, except it comes with black pudding, lorne sausage, and tattie scones. Haggis is sometimes included, as is white pudding (similar to black pudding but with the blood substituted for fat). Tattie scones may be bland to some, but serve them with lashings of butter and you’re good to go. Expect to leave the table feeling full and content. Late night? Most places in Scotland serve this hearty breakfast all day long.

Tablet is a braw choice when it comes to Scottish treats. Imagine sugar, condensed milk and butter that have been cooked together until crystalised. The result is a wee piece of Scottish heaven. Even whisky can be found in some tablet. This delectable confection is made all over Scotland. Have no fear, finding it is as easy as pie. 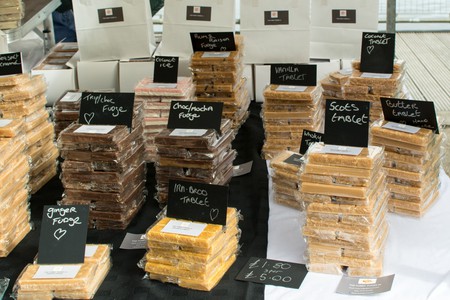 Any British household looks forward to bangers and mash for supper. It is a classic after all. A generous lump of butter and milk are typically added to make the mashed potatoes that much fluffier. Bangers (or sausages) in Scotland are second to none. Expect to find locally raised meat of the highest quality. Don’t be surprised by more exotic flavours, such as apple or venison, mixed in as well.

This delightful dessert is a British staple. Sticky toffee pudding is verging on too good to be true. It consists of a moist sponge cake complete with dates, toffee sauce, and vanilla custard or ice cream. This wee gem can be found in most Scottish pubs and is the perfect pudding option. 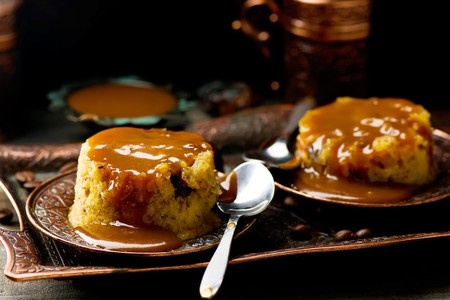 There is nothing like going to a Scottish chippy for a fish supper. Sit on the beach, watch the tide dance, and savour the flakiness of the fish mixed with fluffy chips. Make sure to ask for ‘salt n sauce’ in Edinburgh and enjoy the tangy brown chip-shop sauce that is sure to follow. 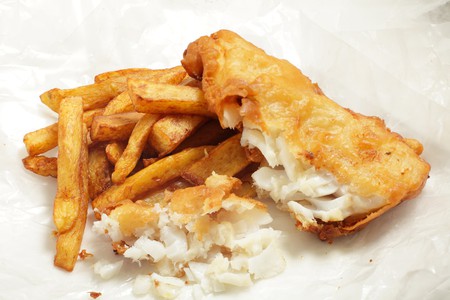 This prize bird inhabits the moorlands of Britain, with many residing all across Scotland. Grouse is a delicacy, especially after the Glorious Twelfth each year (providing the shooting season goes smoothly and adheres to schedule). This dish receives rave reviews and is typically tender with a mild, gamey taste. 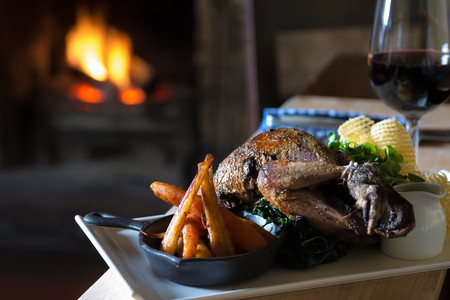 To those who are unfamiliar with traditional Scottish cuisine, black pudding tends to fall into the same category as haggis. In other words, many wonder how this is edible. Take some advice, and keep an open mind. There may be blood involved, but so are sausage meat and oatmeal. From chippies to some of the best cafes, you wont have to travel far in Scotland to find it. 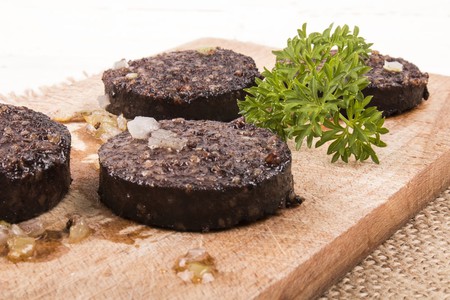 Shortbread does not require an introduction. It has been a Scottish dessert option for years; 1736 saw the first printed recipe of this wonderful invention. The buttery goodness is verging on too delicious for words, though you will find that the taste varies depending on who makes it. It comes in all shapes and sizes, and is the perfect accompaniment to a cup of tea. The Scots present shortbread when they ‘first foot’ at Hogmanay or as a gift at Christmas. 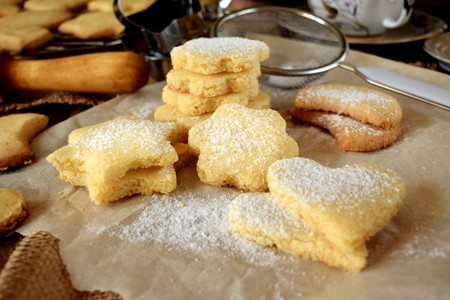 Leek and tattie soup is the sort of food that will be served when you visit grandma for lunch. Even though this soup seems modest, it is served at Burns Suppers (an important cultural event where Scots congregate to celebrate poet Robert Burns and his brilliant works). Cold from the unpredictable Scottish weather? This beauty will warm you right up. Recipes for this soup continue to be added to and perfected across generations. 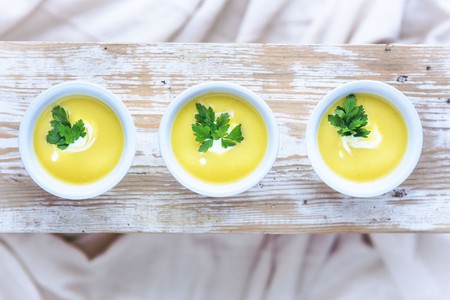 The bacon butty has no airs or graces about it. A rasher of Scotland’s best bacon is placed inside a white roll with butter. The grand finale is a (drumroll, please) generous amount of ketchup or brown sauce. Expect nothing more and nothing less: what you see is what you get. Taste one and you will discover what all the fuss is about. 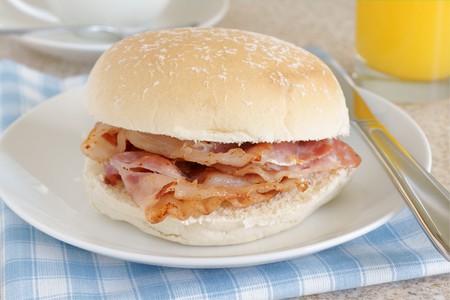 Only the Scots could conjure up such a delight. Venture to any of the chippies in Scotland and ask for a battered Mars Bar: they won’t even bat an eyelid. The chocolate bar is battered and placed in the deep fryer; voila; out appears a chocolatey, melted, sweet, beautiful dessert. The batter does a fine job of keeping the chocolate contained. However, once it is pierced with that first bite, there is no going back. The melted goodness oozes out and sparks a rush of endorphins. Don’t like Mars Bars? No problem. Just choose your sweet of choice and they can batter that for you too. 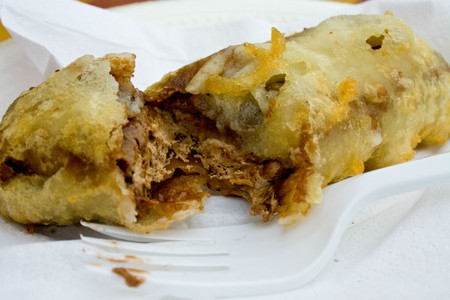 This wee pie may be small, but that doesn’t take away from its flavour. The double crust makes for the most perfect pie taste. A Scotch pie can be served hot or cold, and has a filling of minced mutton or other meat. Every year, butchers and bakers from far and wide compete for the honourable title of World Scotch Pie Champion. It’s kind of a big deal. 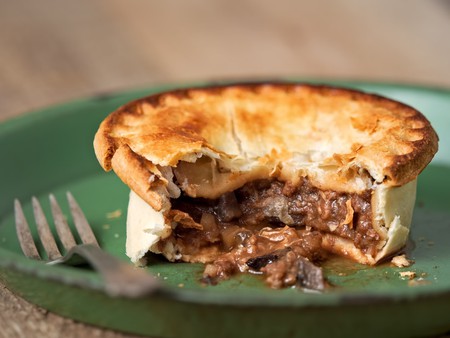 Meat pie | © zkruger/Shutterstock
Give us feedback