Sir Duncan Rice Library in Old Aberdeen | © Verino77/Flickr
Aberdeen glitters and sparkles in the sun; the flecks of quartz in the granite that the city is famously built from come to life when the day brightens. This is Scotland‘s third largest city, and people have lived on the site for millennia. As such, there is a wealth of things to see and do. Here are 15 places not to be missed, ranging from the natural to masterpieces of architecture, and the very old to the ultra-modern. Aberdeen really does have something for everyone.

St. Machar’s Cathedral is named after a disciple of St. Columba, and the first place of worship on the site was built in 580AD. The current building mostly dates from the 12th to the 16th centuries and features a stunning heraldic ceiling. After William Wallace was executed, one portion of his body was buried here, in the walls of the cathedral. 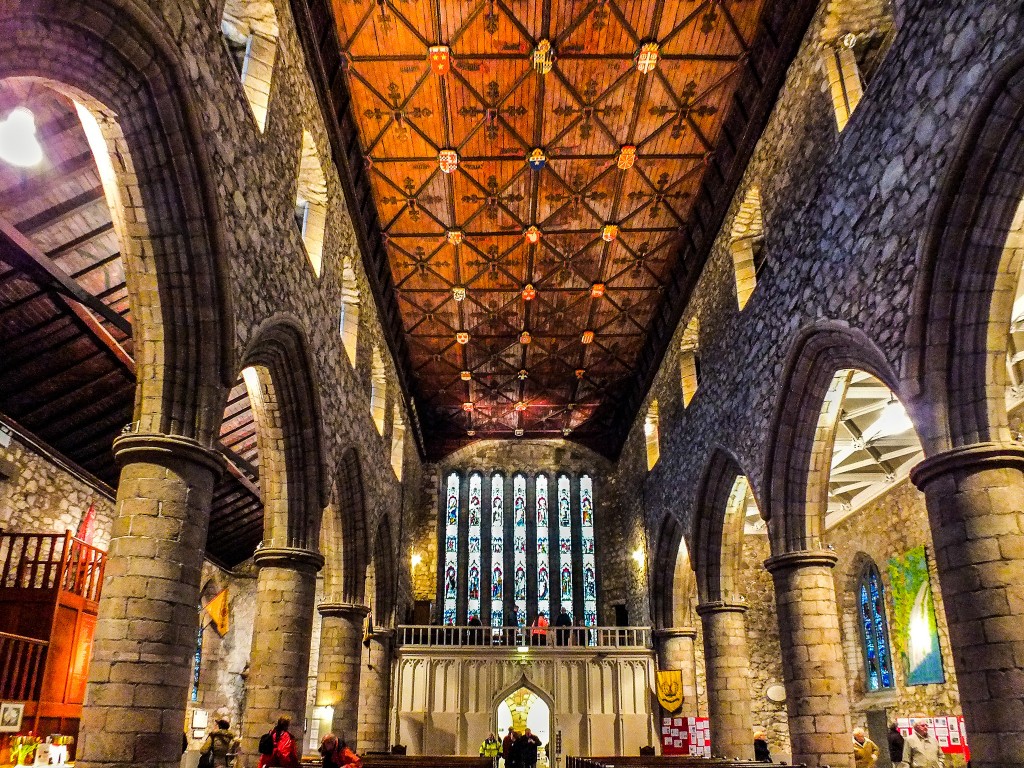 Established in the 12th century, St. Nicholas Kirk — or The Kirk of St. Nicholas Uniting, to give it its proper title — is the site of many important burials of the important families of Aberdeen. It has also been extensively surveyed and dug by archaeologists, who have revealed much about the history of the building and people of the Royal Burgh of Aberdeen. 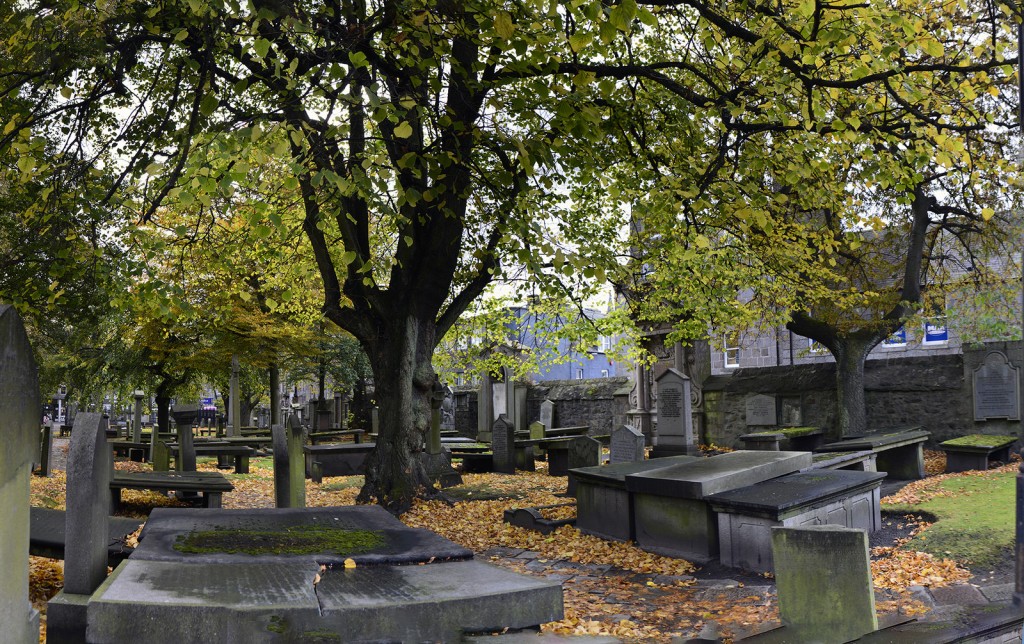 Museum
Old First Aid Kit, Aberdeen Maritime Museum | © Chris Hoare/Flickr
Partly housed in Provost Ross’s house, built in 1593, Aberdeen Maritime Museum takes visitors on a journey through the city’s relationship with the sea. From the days of the tall sailing ships right up to the present day and the oil and gas industry, this museum covers it all.
More Info
Open In Google Maps
Shiprow, Aberdeen, Scotland, AB11 5BY, United Kingdom
+441224337700
View menu
Visit website
Visit Facebook page
Send an Email
Give us feedback

Opened in 1906, His Majesty’s Theatre seats more than 1,400 people, making it the largest theatre in north-east Scotland. When it originally opened, shows would be performed to a staggering 2,300 people, across four different levels. Designed by the famous theatrical architect, Frank Matcham, this is a truly beautiful building. 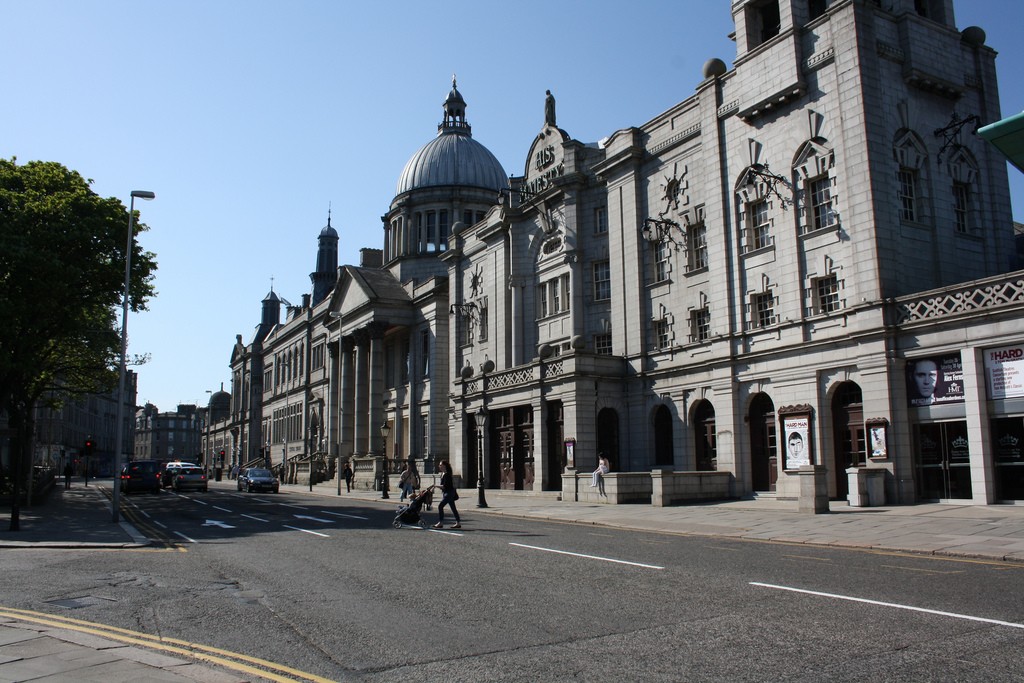 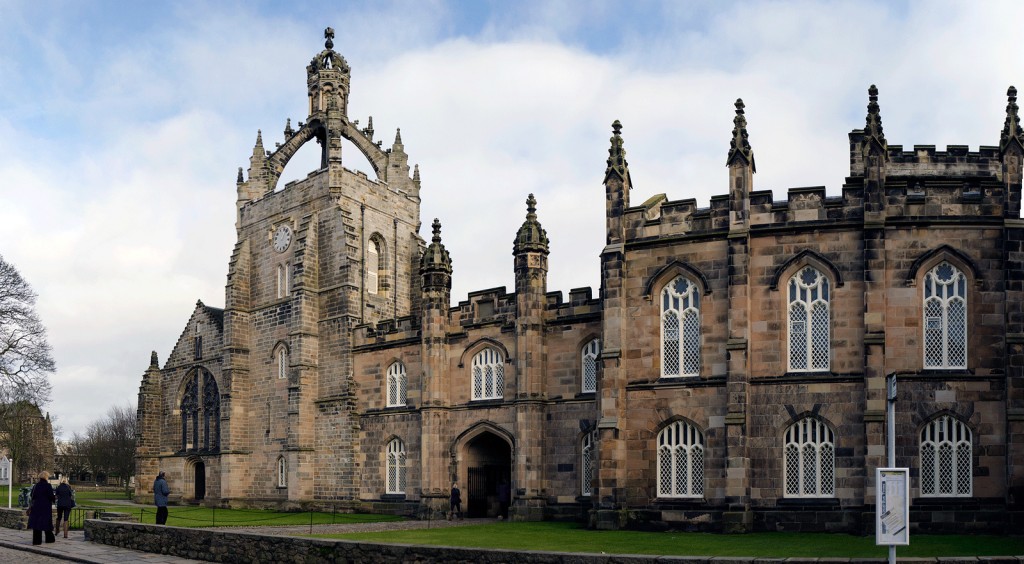 Owned by the National Trust for Scotland, and a short drive to the north of Aberdeen, Pitmedden Gardens was originally laid out in 1675 by Sir Alexander Seton. There are over 30,000 bedding plants, a huge orchard, and honeysuckle and jasmine to add to the wonderful scents. 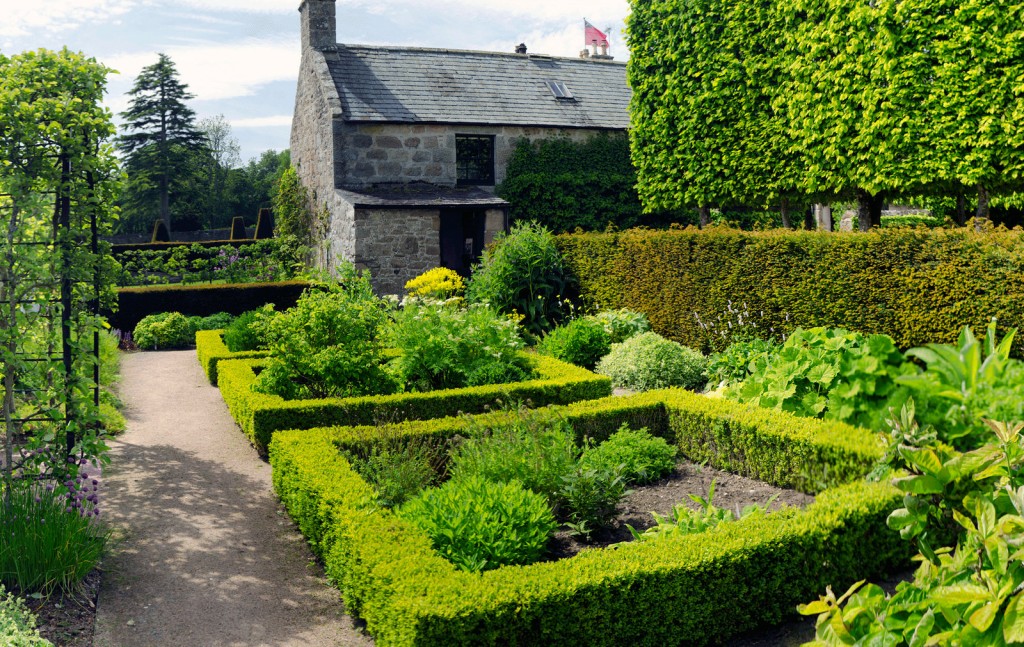 Building
Provost Skene's House | © Denisbin/Flickr
Dating from 1545, Provost Skene’s House is one of the oldest in the city. Lord Provost George Skene ruled the city from 1676 to 1685 and commissioned the wonderful carved plaster ceilings within the building. There are also extensive collections of furniture and costume.
More Info
Open In Google Maps
Flourmill Lane, Aberdeen, Scotland, AB10 1AS, United Kingdom
+441224641086
View menu
Visit website
Visit Facebook page
Send an Email
Give us feedback

Museum
The Gordon Highlander’s Museum houses arms, memorabilia, clothing, medals and much more. Called by Winston Churchill ‘the finest regiment in the world,’ the Gordon Highlanders were originally raised in 1794 and have fought across the world in many campaigns.
More Info
Open In Google Maps
Viewfield Road, Aberdeen, Scotland, AB15 7XH, United Kingdom
+441224311200
View menu
Visit website
Visit Facebook page
Send an Email
Give us feedback

Art Gallery
Aberdeen Art Gallery Exterior | © Balazs Szanto/Flickr
Aberdeen Art Gallery was founded in 1884 and is a work of art in itself, with stunning carvings and granite stonework. Housing a remarkable collection, from Francis Bacon to William Hogarth, if you love art then this is certainly not to be missed.
More Info
Open In Google Maps
Schoolhill, Aberdeen, Scotland, AB10 1FQ, United Kingdom
+443000200293
View menu
Visit website
Visit Facebook page
Send an Email
Give us feedback

Many visitors to Aberdeen are surprised to learn of the beach, a swathe of golden sand that stretches between the harbour and the mouth of the River Don. As well as the beach itself, there is also a popular esplanade, full of amusement arcades, restaurants and shops. 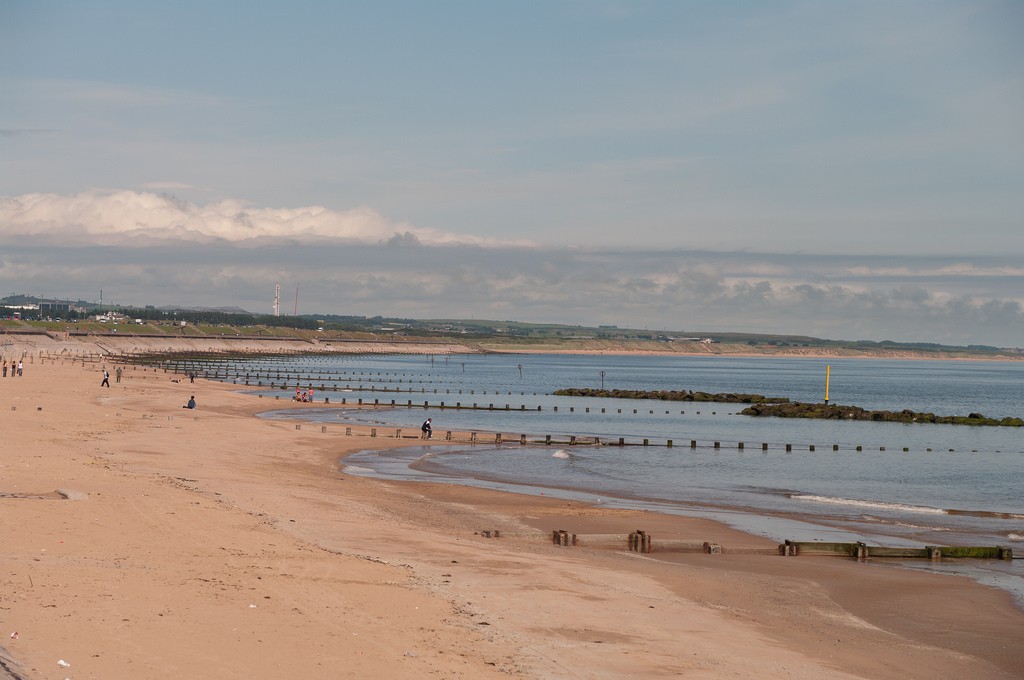 The village of Footdee, known locally as Fittie, is now entirely surrounded by the city of Aberdeen. Originally a fisherfolk village, this area is full of small and picturesque fishing cottages along narrow streets. It is exceptionally photogenic, with wonderful wee gardens and is only a short walk to the harbour mouth. 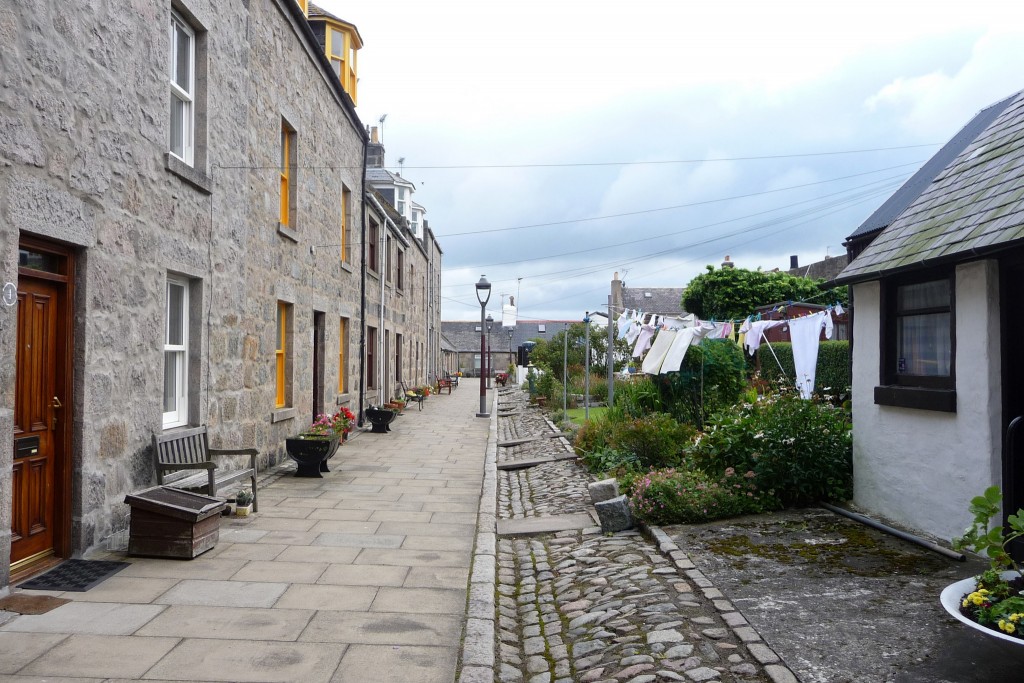 Park
Duthie Park Bandstand | © Iain Middleton-Duff/Flickr
This park, and the David Welch Winter Gardens it contains, is 14 acres of parkland, flowerbeds, play areas and a boating pond. The winter gardens house the second largest collections of bromeliads and giant cacti anywhere in the UK, along with banana trees, ferns and mosses. No matter the season, a visit to Duthie is worth it.
More Info
Open In Google Maps
Polmuir Road, Aberdeen, Scotland, AB11 7TH, United Kingdom
+441224346421
View menu
Visit website
Visit Facebook page
Send an Email
Give us feedback

Marischal College is the second largest granite-built building in the world, and the pinnacle of the city’s 19th-century constructions. Owned by the University of Aberdeen, it is leased to the council for their headquarters and, following extensive restoration and cleaning, once more gleams in the sunlight. 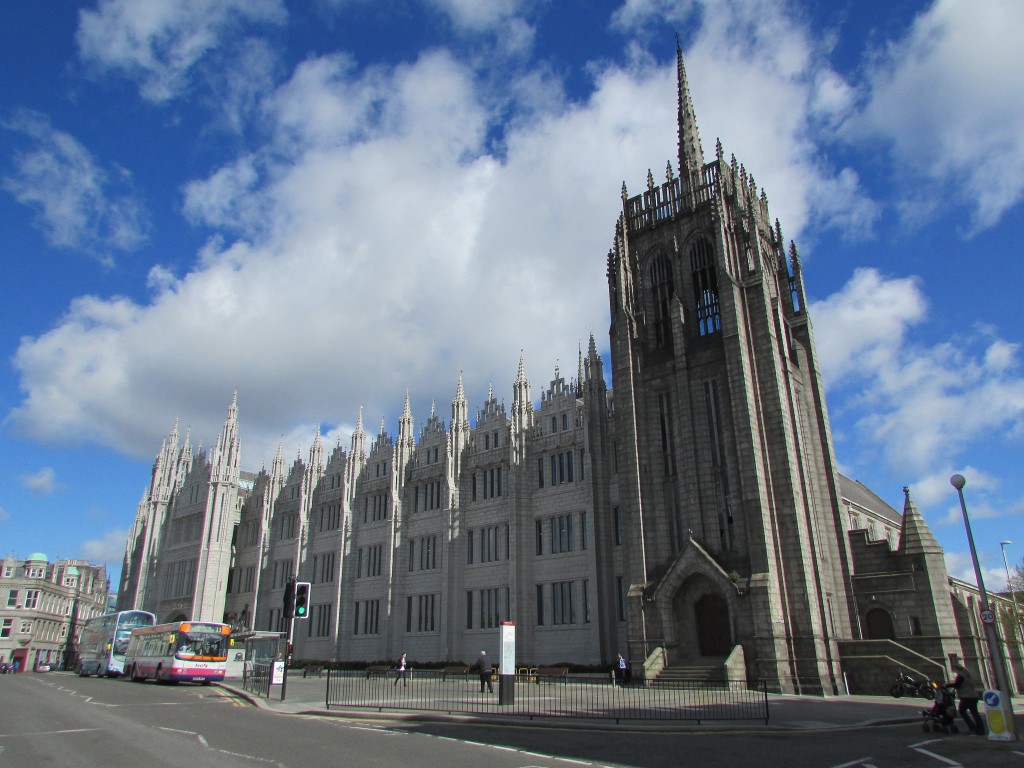 This new library, only opened in 2012 by the Queen, houses the largest of the University of Aberdeen’s collections, with over 24 kilometres (15 miles) of shelving. There is a gallery and a café open to the public and the stunning architecture has won several awards. 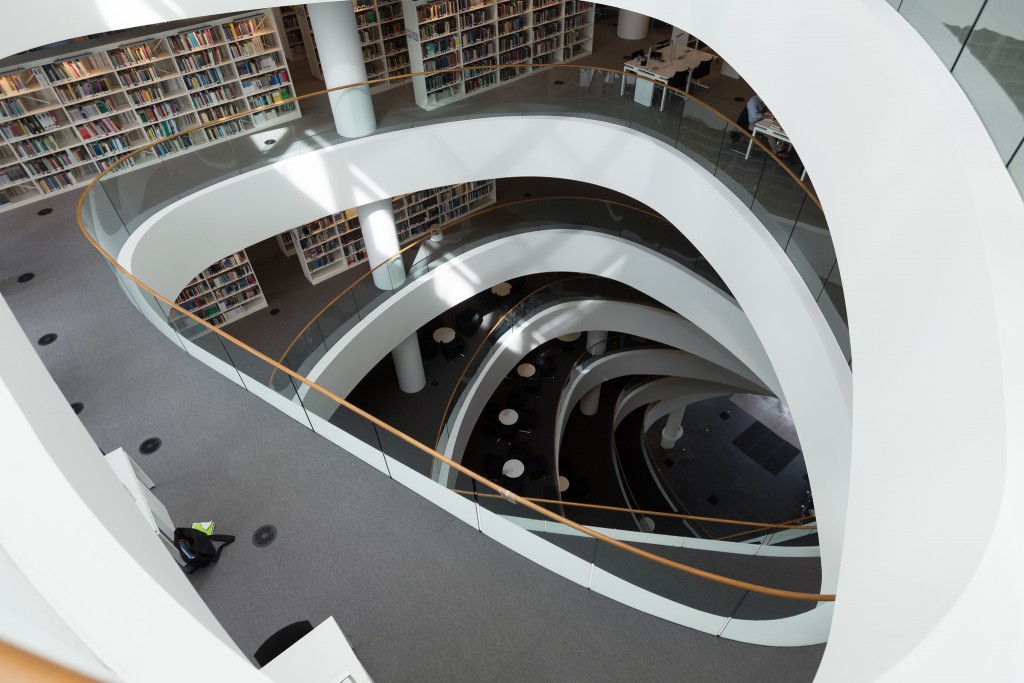 Originally a separate Royal Burgh, Old Aberdeen is full of historical and beautiful buildings. The area is extensively used and owned by the University of Aberdeen, and includes the Brig o’ Balgownie spanning the River Don, possibly the oldest bridge in Scotland, and built in the 13th century. 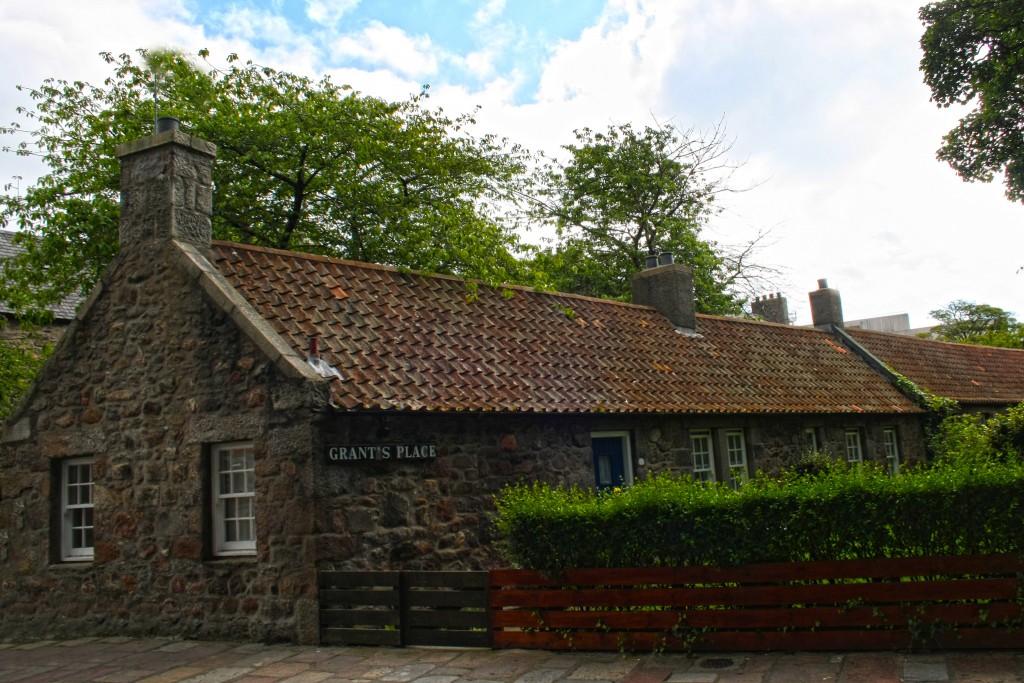