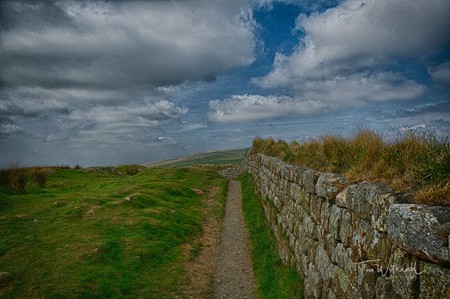 The Roman defence fortification, Hadrian’s Wall, is located in England, very close to the border with Scotland, and is a UNESCO World Heritage site that has been visited by tourists from all over the world. The landmark is noted for its contribution to being of ‘outstanding value to humanity’ for future generations to marvel at and learn from. Here are 12 things you didn’t know about Hadrian’s Wall and why it is so important to the landscape of the UK.

Can you believe that it actually took the physical strength of 15,000 men to built this remarkable structure? It took these workers six years to complete the building of Hadrian’s Wall; the men were legionaries and members of the Roman army.

Hadrian’s Wall is more than just a wall

If you thought you would be visiting a landmark that is essentially just a wall, then you are in for a surprise. Hadrian’s Wall actually consists of ditches and obstacles positioned in front of the wall as well as two large earthworks either side of the ditch. So there is more to marvel at than just the wall!

Syrian soldiers were once stationed there

Soldiers from as far away as Syria were once stationed at Hadrian’s Wall, at Housesteads Roman Fort. There were other soldiers who were stationed there too, mainly from Northern Europe and Spain. 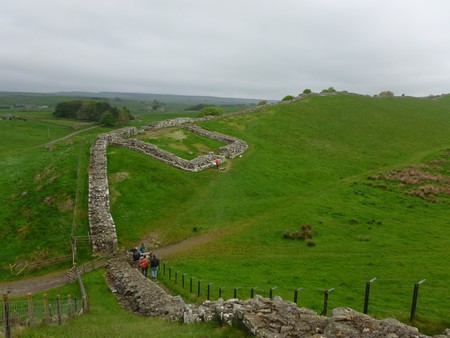 Hadrian’s Wall is not the border between England and Scotland

The exact route of Hadrian’s Wall is a mystery

It has been reported that in the areas of Carlisle and Newcastle, there are aspects of the wall that are still unclear as to which route it is actually following. The archaeological discoveries continue to be made to reveal the mystery behind the route. 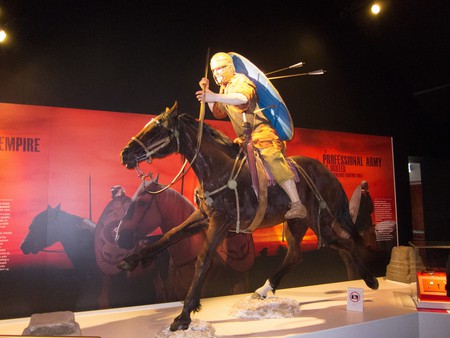 The original plan of Hadrian’s Wall did not have forts

Forts were not intended to be built on Hadrian’s Wall and were added on after building began on the wall. There were forts to be made in the south for troops, but there was no intention of building the forts on the actual wall line as we see it today. 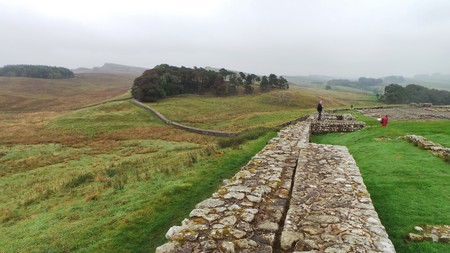 There is a record with all the names of the men and soldiers who helped to build Hadrian’s Wall and this can be found in The Clayton Collection which holds 53 stones with the names engraved on it.

Only 10% of the wall is still visible

The existing wall in its present condition is reportedly only 10% of the structure that it used to be. This has been due to the fact that over the centuries, there have been stones and part of the structure of the wall that has been buried or moved.

The wall is an abandoned landmark

Hadrian’s Wall was abandoned soon after the end of Roman empire in AD 410. There is evidence that the wall was still being adapted following the end of the Roman empire. 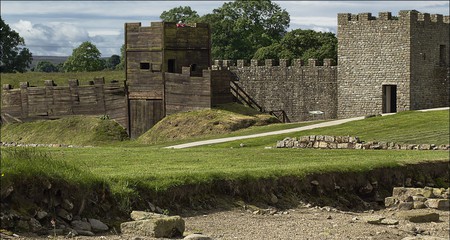 Hadrian’s Wall may have been built by Hadrian himself

Hadrian had an interest in architecture and buildings and this had been noted by the number of provinces he visited in his reign as an emperor. He is said to have visited Britain in AD 122, and the structure is said to have been built in the same period.

Turf was used to build the wall

Turf was used in the original structure of Hadrian’s Wall before being it was replaced with stone, perhaps due to limited access to stone at the time, most of the original construction was built green in turf!