12 Scottish Women from History You Should Know 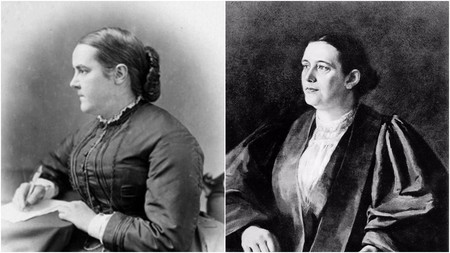 A quick glance through any list of famous people from Scotland will often demonstrate a heavy gender bias toward men. This is in some ways unsurprising, given that these lists are often based on old history books, which were written at a time when women’s achievements were foolishly overlooked in favour of white men who all seem to have big moustaches. Here, we share some examples of fascinating Scottish women, who really should be better known.

Move over William Wallace! Lady Agnes Campbell was a 16th century noblewoman, educated to a high level and not afraid to use that education. She spoke several languages, including Latin, and was raised on political intrigue and scheming. Her first marriage ended when her husband died while a prisoner in Ireland. Agnes went on to marry the successor to the Irish chief who had been her first husband’s captor, bringing with her an army of 1,200 Clansmen and commanding them on the battlefield herself. She led her troops against the English — and she did it very well indeed, earning considerable respect from friends and enemies. 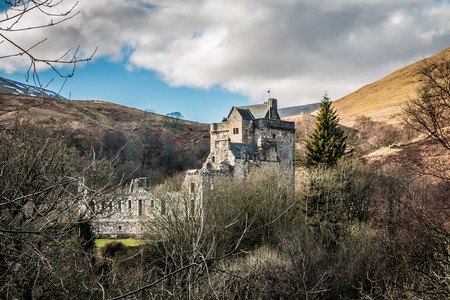 Modern Scottish history is peppered with a who’s-who of engineers, from James Watt to John Logie Baird, but more people should know of Victoria Drummond. Named after her Godmother, Queen Victoria, Drummond was educated at home, before deciding she wanted a career in marine engineering. She became the first woman to be a marine engineer in the UK, sailing to many different nations and constantly honing her craft. After a stint onshore, the Second World War broke out, and she tried to return to sea, finding it almost impossible simply because she was a woman. Eventually, she found employment and experienced enemy fire on more than one occasion, performing her duties heroically and far above that expected of her station — for which she was awarded an MBE.

These seven women were the first such to matriculate at a British university. Studying medicine at Edinburgh, they faced a mammoth task from the start, with elements of the university and, indeed, the wider city against them. Certain male professors whipped up hostility, and, in 1870, matters reached a physical head when the seven turned up for an anatomy exam, only to find their way blocked by a jeering and abusive crowd who threw rubbish and mud at them. They stood their ground in what became known as The Surgeon’s Hall Riot but, despite gaining support from other students and the press (and a certain Charles Darwin), they were eventually told they could not graduate. Their strength and decency under pressure went on to inspire many others, right up to the present day. An example of this is the fact that the Twitter account of the Medical Teaching Organisation of the University of Edinburgh’s Medical School is named after one of the seven, Edith Pechey. The others were Mary Anderson, Emily Bovell, Matilda Chaplin, Helen Evans, Sophia Jex-Blake and Isabel Thorne.

An English princess, Margaret grew up in exile in the Hungarian court. A pious woman, even from early childhood, Margaret returned to England in 1057, because her father had a claim to the throne. Unfortunately, he died shortly after landing, but Margaret stayed at court, where her brother was also talked about as a possible king. After 1066 and the Norman invasion, Margaret and her family eventually decided to flee to the continent. However, their ship was caught in a storm and pushed north to Scotland. Here, she met and married King Malcolm III of Scotland. They had six sons, three of whom became kings of Scotland, and two daughters, one marrying Henry the First of England. Margaret’s piety and reforms of the church in Scotland meant that she was canonised 157 years after her death, becoming Saint Margaret. Mary, Queen of Scots, famously used Margaret’s saintly head to help her in giving birth!

The words of the Skye Boat Song (the tune of which is used in Outlander) are known to many around the world, but the details of Flora MacDonald’s audacious plan to spirit the Young Pretender, Bonnie Prince Charlie, away from capture are perhaps not as well known, nor her adventurous life after this event. After he fled the Scottish mainland in 1746, following the defeat at Culloden, MacDonald dressed the Prince as a maid, and the pair were rowed from the small island of Benbecula to Skye. Unfortunately, the oarsmen talked about this adventure, and Flora was captured by the English and, for a time, imprisoned in the Tower of London. After her release, she had further adventures in colonial America during the War of Independence and was also wounded by a privateer attack on board a boat sailing back home to Skye. Today, the bronze statue of Flora MacDonald that stands outside Inverness Castle is the starting point for those starting and finishing the North Coast 500. 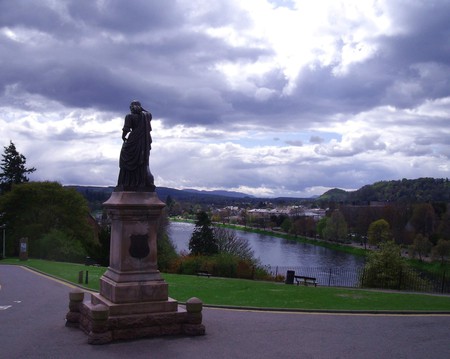 After studying at the Edinburgh School of Medicine for Women — set up and run by one of the Edinburgh Seven, Sophia Jex-Blake — Elsie Inglis founded her own medical college, then later a maternity hospital for the poor of Edinburgh, situated on the Royal Mile. A leading voice in the suffragist (rather than suffragette) movement, Inglis continuously ran up against entrenched male opposition. The most famous example of this is when she tried to set up a women’s medical unit to operate for the allies during the First World War — and was told by the War Office ‘My good lady, go home and sit still.’ Fortunately Elsie Inglis was not to be deterred and went on to form close relationships with officials in France, Serbia and Russia, where she and her teams of nurses worked tirelessly. At one point, she was captured and sent back to the UK, but returned to the war only to have to head home — she knew she was dying from cancer. Her funeral in Edinburgh was a big public affair, and, in recent years, she has been commemorated on a Clydesdale Bank £50 note.