12 Astonishing Places You Need To Visit In Scotland 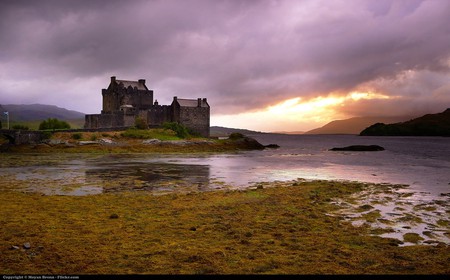 Eilean Donan in the north west of Scotland ©Moyan Brenn

Scotland is renowned for its extraordinary landscapes, with historic cities that seem to have been hewn out of mountain sides, and ancient castles set against the backdrop of snow topped peaks. The landscape varies greatly from the Lowland hills to the wild Highlands, from the cityscapes of Edinburgh and Glasgow to the island communities of the Hebrides. Here are 12 places in Scotland for visitors to check out.

Skye is a distillation of all that is wonderful about Scotland. The scenery is sublime, the wildlife rare and unique, and there is a strong cultural side to the island, as a place that has been home to poets and a setting for novels such as To The Lighthouse by Virginia Woolf. Red deer and golden eagles can be seen on Skye, with many of the islanders still maintaining the crofting tradition whereby they work small plot of land. Rising above the island are the Cuillin, a range of craggy, rocky mountains and the iconic Old Man of Storr on the Trotternish peninsula. 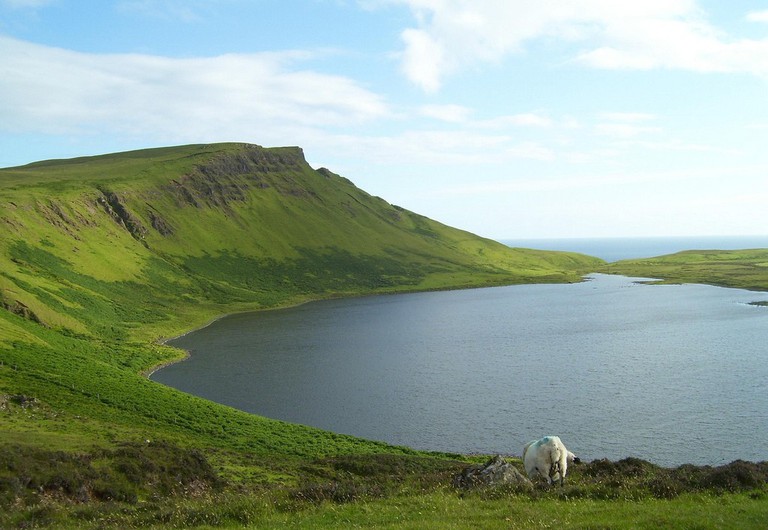 The Cairngorm Mountains were formed over 40 million years ago before the last Ice Age. Five of the highest mountains in Scotland are found there (Ben Macdhui, Braeriach, Cairn Toul, Sgor an Lochain Uaine, and Cairn Gorm) along with ancient forests. The area is the coldest and highest in the United Kingdom and is a wilderness favoured by skiers, climbers, hill walkers, and those looking to enjoy the sublime landscape. Golden eagles, snowy owls, ospreys, red squirrels, red deer and the only reindeer herd in the county can be found in this vast area of central Scotland. 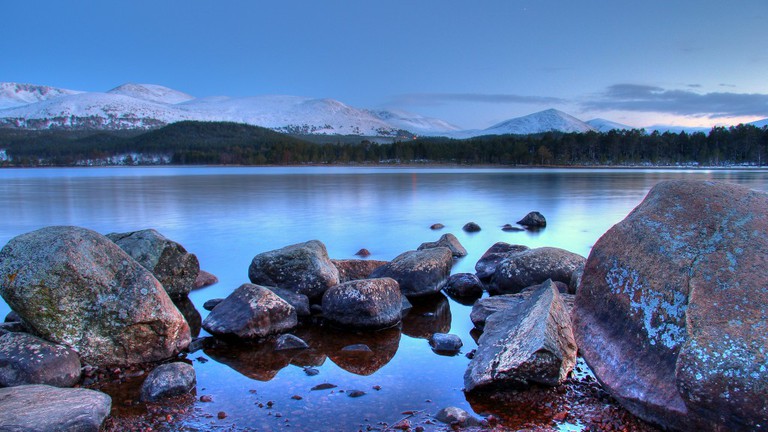 Loch Morlich with the Cairngorm Mountains beyond ©Graham Norrie

The beautiful Loch Lomond is often regarded as the boundary between the Lowlands and Highlands and is famous throughout the world on account of the song on the ‘bonnie, bonnie banks of Loch Lomond’ and the golf course on the south-western shore. In the loch are over 30 islands, upon one of which, Inchconnachan, there is one of the few colonies of wallabies outside of Australia, introduced by Lady Colquhoun in the 1940s. Some of the islands are believed to be the remains of crannogs, prehistoric roundhouses that were built on stilts within the loch for protection. 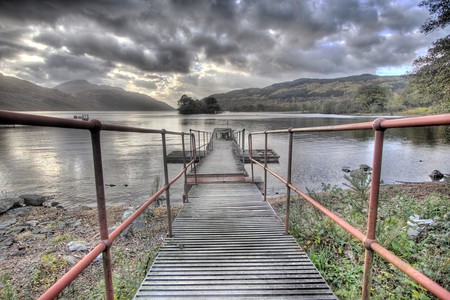 Running for nearly 25 miles from Inverness to Fort William, Loch Ness is the second largest of all of Scotland’s lochs. When the mist sits above the water and the outline of the mountains and hills on either side of the Loch can be seen it becomes one of the most atmospheric and beautiful places in Scotland. The classic stop off point for travelers heading along the shores of the Loch is at the ruins of Castle Urquhart on the western side. 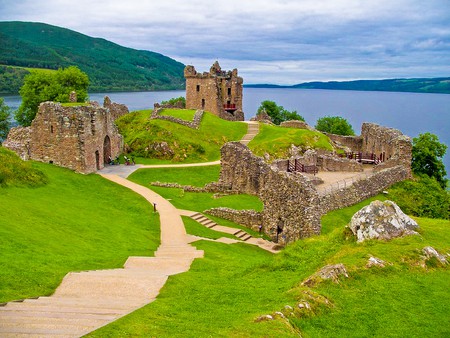 The Argyll Coast is amongst the least frequented in all of Scotland, despite being some of the most scenic. The shoreline on the western coast is crammed with ancient woodlands, white beaches and cerulean waters, glens, and hills and looks out towards the Inner Hebrides. Historically the region of Argyll was home to Clan Campbell who policed the Highlands for the British Crown. There are many spectacular castles along the coastline including Duart Castle that guards the entrance to the Sound of Mull and was a stronghold of Clan Maclean who were once rivals of the Campbells. You will also find deserted villages along the coast that were abandoned during the Highland Clearances. 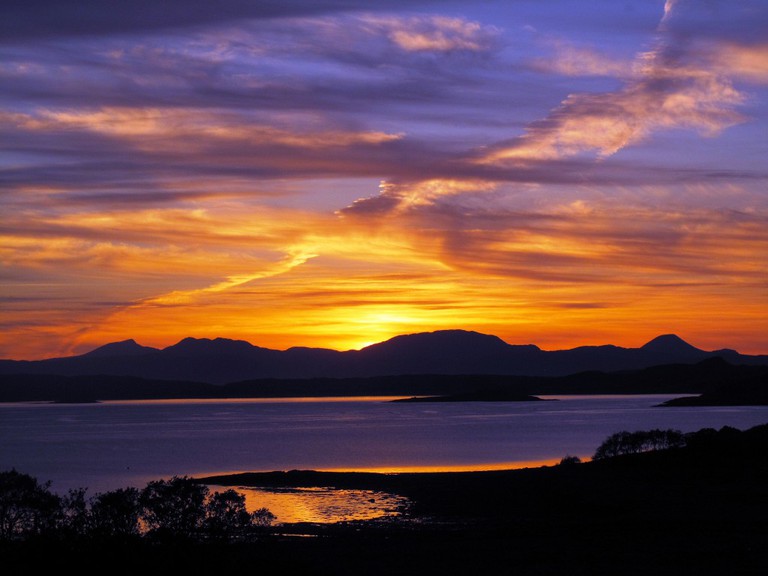 One of the great cities of the world, Edinburgh sits on the Firth of Forth on an area formed by volcanic activity 350 million years ago. Today the city is famous worldwide for the Castle, the Military Tattoo, the Royal Mile, the Classical and Baronial architecture and the picturesque skyline of spires, conical towers, battlements, and crow step gables. Famous as the ‘Athens of the North’ during the Enlightenment period of the 18th century, the city is also home to the National Gallery of Scotland and in August becomes the centre for one of the great cultural festivals of the world. 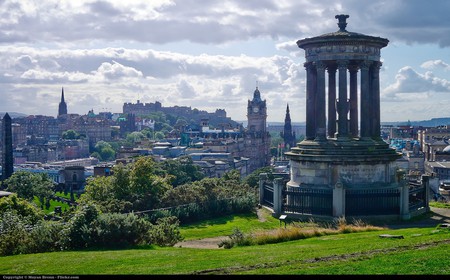 You may not have heard of the Isle of Staffa but you probably have heard of the music that the extraordinary rock formations of the island inspired. In the early 19th century the uninhabited Hebridean island six miles west of Mull became a magnet for artists and writers like Turner, Keats, and Wordsworth. They came to see the huge sea cavern made up of huge hexagonal basalt rock columns much like the Giant’s Causeway across the sea in Antrim, and known as Fingal’s Cave after the giant of Gaelic mythology. One of the visitors was the composer Felix Mendelssohn who was inspired to write his famous Hebridean Overture. 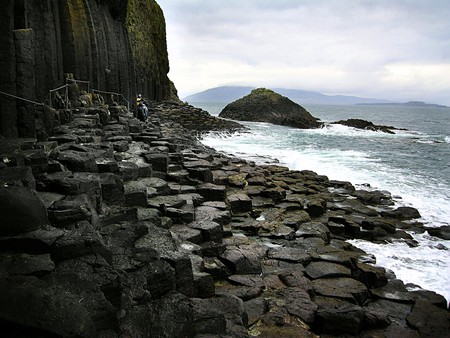 The Orkneys have only been part of Scotland for 500 years after they were taken from Norway following a failed dowry payment. The islands off the northern tip of the mainland feature some of the most important and remarkable archaeological remains in the world. The ‘Heart of Neolithic Orkney’ is a UNESCO World Heritage Site and is made up of the chambered cairn of Maeshowe that was aligned to be illuminated on the winter solstice; the 104-meter stone circle of Brodgar; the Standing Stones of Stenness; and Skara Brae, the finest surviving Stone Age village in Europe. The later Iron Age period has left excellent remains of stone brochs and underground storehouses. 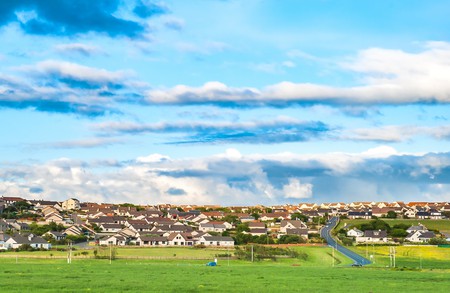 Culross is a site that you may already be familiar with from films or television. The small town is the most complete survival of a 17th or 18th century burgh, with a tool booth built in 1626, a witches’ prison, and cobbled streets that have remained unchanged for hundreds of years. There is a palace built in 1597 by the local landowner George Bruce of Carnock and many superb examples of vernacular architecture. Since the 1930s there have been efforts to preserve the town and it has regularly been used as a backdrop for television and films. 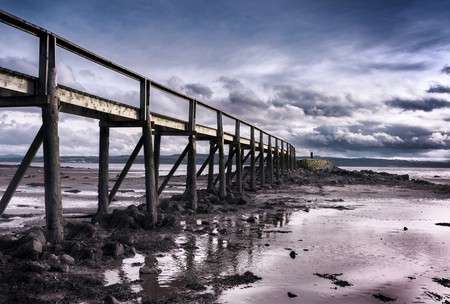 Bealach na Ba is not a typical visitor attraction. The name is the Gaelic for the ‘Pass of the Cattle,’ the mountain pass was formerly used by cattle drovers moving their stock south to market. The pass is on the Applecross Peninsula in the western Highlands and is cut through by a single track road with one of the most dramatic climbs in the UK through the mountains to a height of 625 metres. Upon reaching the very highest point on the road the panoramic view is stunning; you can see out to the Isle of Skye, Rum, the Outer Hebrides, and across the tops of the hills of Wester Ross. 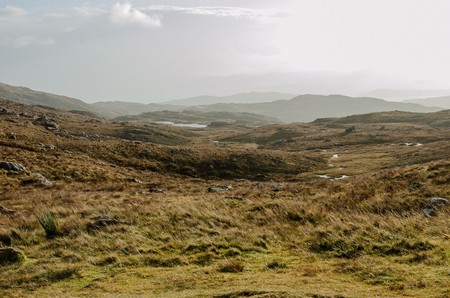 Glasgow is every bit as vibrant a city as Edinburgh, though receives far fewer tourists. The largest city in Scotland is home to many of the country’s leading businesses and cultural organizations, including Scottish Opera, the National Theatre, and the Scottish Ballet. The Kelvingrove Art Gallery and Museum and the Mitchell Library are leading collections of art and literature open to the public, and architecturally the city boasts superb Greek Revival work by Alexander Thomson and Art Nouveau by Charles Rennie Mackinstosh that rivals the elegance of Edinburgh. 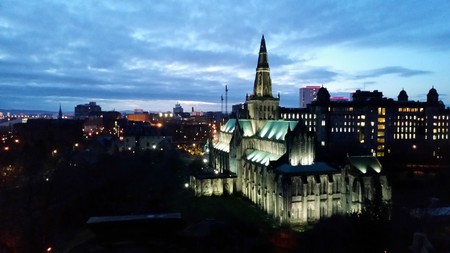 Iona is the ancient burial place of the kings of Scotland including the historical figures Macbeth and Duncan, made famous by Shakespeare. The picturesque island in the Inner Hebrides was once renowned throughout Europe as centre of learning and for the beautiful illuminated manuscripts the monks of Iona Abbey produced, including the Book of Kells made at the end of the 8th century. During the early 20th century the landscape of Iona drew leading painters such as Francis Cadell and Samuel Peploe from Edinburgh who came to explore and paint in the open air on the island.