11 Places That Look Like They've Come Straight out of 'Outlander' 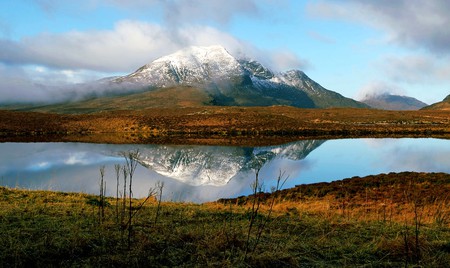 Hit show Outlander is back for a third season, with Jamie Fraser and Claire Randall seemingly destined to remain apart forever. Fans of the show shouldn’t get disheartened, however, as we take a look at some places that look like they belong in the show. 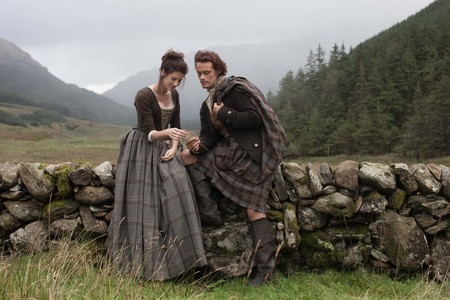 One of the most famous sites in Scotland, you might expect Loch Ness to pop up on any tour of the area. Even without any sightings of the monster, this is a spot of renowned beauty and remains mostly unspoilt. 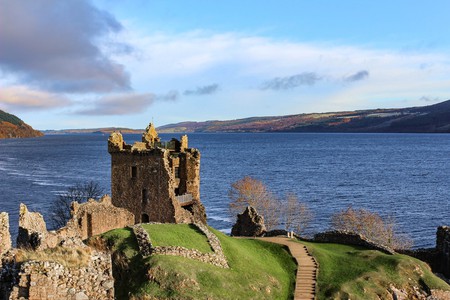 Fans of the third book will know that Claire (Caitriona Balfe) embarks on a medical career in 1960’s Boston. The city’s famous university could have been one of the places Claire would have studied in. It’s during this training that we meet Joe Abernathy (Wil Johnson) for the first time. 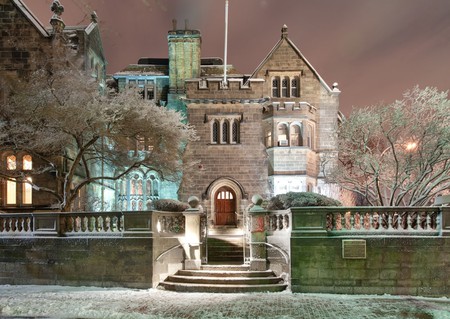 Overlooking modern day Edinburgh, including the new home of the Scottish Government, this is the spot to head to if you want to see what Jamie’s country looks like now. The vantage point remains untouched even though everything below is rapidly changing. 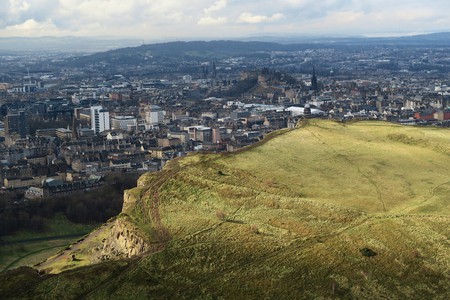 The recreation of the Palace of Versailles is seen in the show in season two, but Outlander wasn’t actually filmed there at all! Instead, the gardens of Drummond Castle in Scotland were used as an unlikely, yet convincing, stand-in. Why not visit both and compare them? 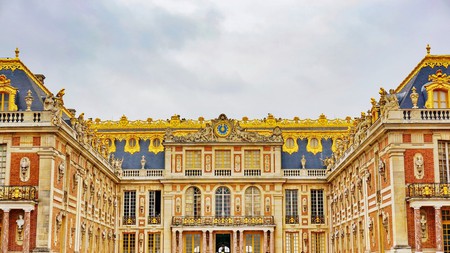 Entrance to the Palace of Versailles | © HelloRF Zcool/Shutterstock

The Auchencar standing stone in Ayrshire is on the Isle of Arran in the Firth of Clyde. In the show, Claire is thrust back in time after touching such stones at a location near Inverness. Craigh na Dun, as featured in Outlander, is sadly not real, but the Isle of Arran certainly is. 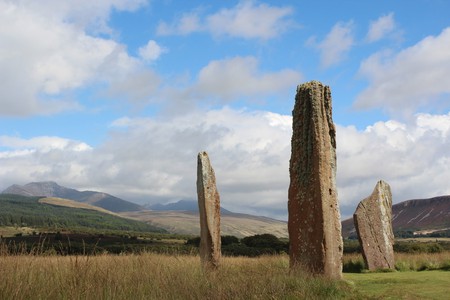 Ancient stones on the Isle of Arran | © James Oliver King/Shutterstock

If one standing stone isn’t quite enough and you want a more authentic Outlander visual, then head out to the northernmost part of the Hebrides and stand in awe of the stones of Calanais. 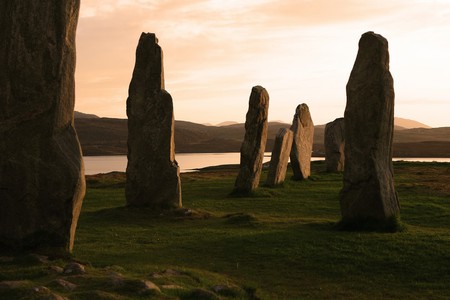 Given the huge influence of France over the show, it’s only right that we take a closer look at how that played out in Scotland in reality. There can’t be many better examples than this stunning estate in Sutherland, which comes complete with its own French gardens. 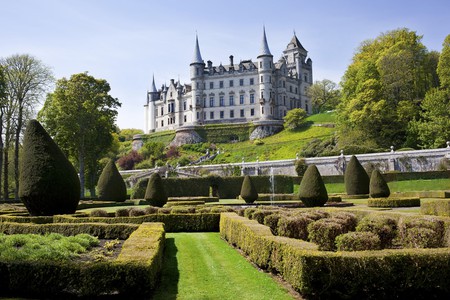 We already know that Jamie and Claire aren’t adverse to seafaring adventures, they were sailing all over the place at the start of season two, so why not visit some other early explorers by heading off to Virginia? Jamestown Settlement, a living-history museum of 17th-century Virginia in Williamsburg, has some of the finest examples of replica ships from the era. 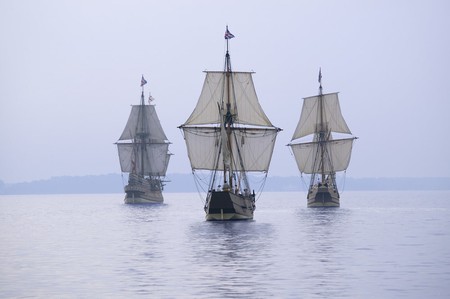 Replica ships off the coast of Jamestown, VA | © Joseph Sohm

The ancestral home of the Fraser Clan, Lallybroch is actually a rundown castle on a farm between South Queensferry and Linlithgow. It still looks impressive from the outside, but you won’t be able to go inside and it’s also on a private estate. Here’s a better option – rent your own castle instead! This one can sleep 72 (better find more friends) and isn’t too dissimilar in style to Jamie’s home. 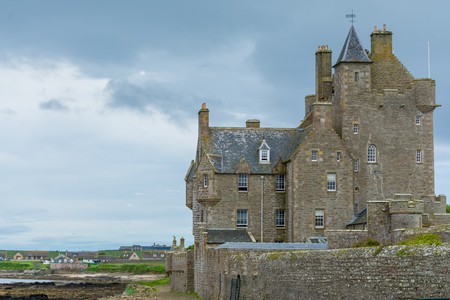 If you’re visiting the UK but aren’t venturing beyond the M25 (i.e. staying in London), then there is always this quirky spot that will make you feel like putting on a kilt and dancing in a cèilidh. Richmond Park is such an oddity than even many Londoners are taken aback by its sheer size and the deer that roam free all year round. 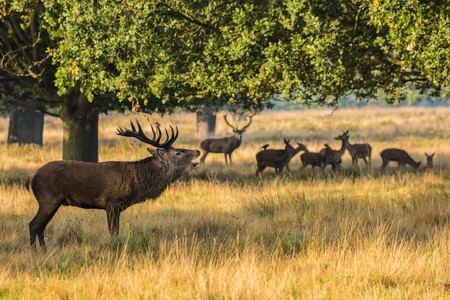 On our recent tour of the locations used in Outlander, it was Culross that came as a real surprise. Various corners around the tiny village are seen in the show, but it’s never seen in its entirety. If you do get a chance to visit, make sure you spend as much time there as possible as you are sure to find something that’s in the series, but not promoted on any maps. 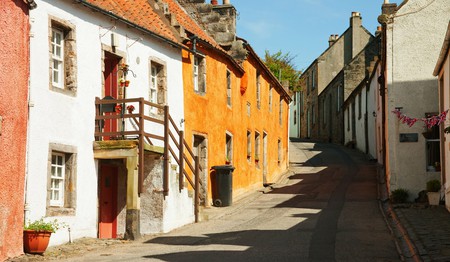 Beautiful street of Culross | © Nella/Shutterstock
Give us feedback