10 Unusual Things to Do and See in the Scottish Highlands

Plockton Palms | © Vadim Kurland/Flickr
Scotland is full of unique, different and, at times, downright weird things to see and do — and the Highlands are no exception. Here we share 10 odd things you should definitely consider seeing on your visit, from an ancient tree to a giant parking place for oil rigs, by way of the shortest street in the world.

Scotland has a reputation for being cold and wet, but if you visit the west coast and villages such as Plockton you can see the warming benefit of the Mexican Gulf Stream evident in the palm trees that grow here. Inverewe Gardens, further north (even than Moscow), is also a haven for a wonderful display of exotic plants. 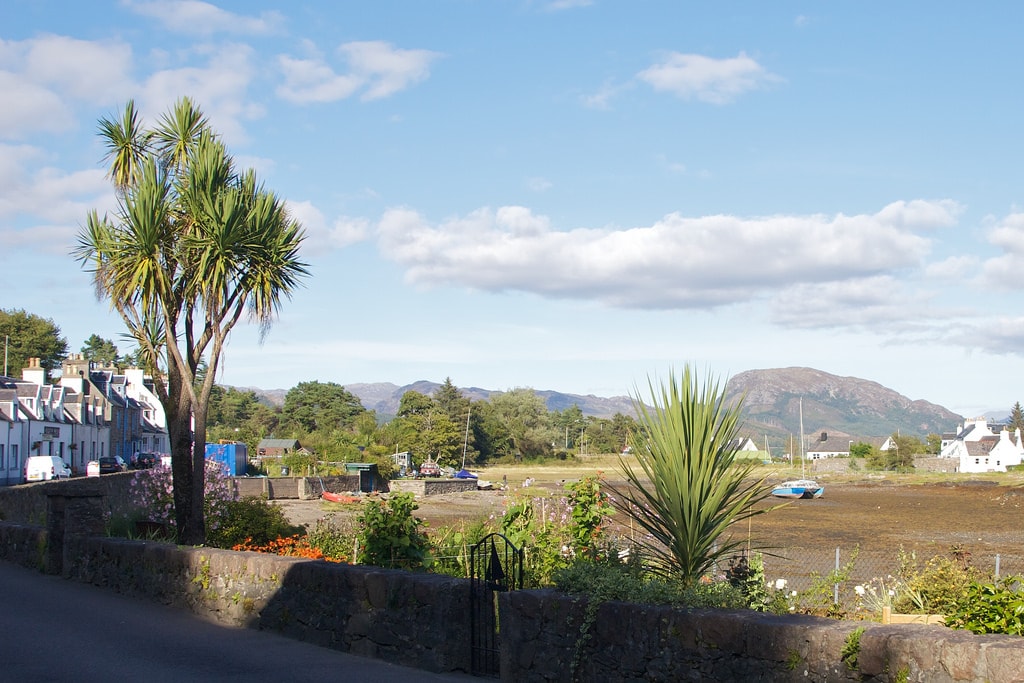 Visit a distillery (not just whisky…)

Distillery
Scotland is rightly famed for whisky, but these distilleries are not the only ones available for a visit. At Dunnet Bay Distillery you can learn all about how their award-winning Rock Rose gin is crafted, from the botanicals involved to the still (named Elizabeth) and you even get to try a sample. Of course there’s nothing stopping you visiting the nearby Old Pulteney whisky distillery too!
More Info
Open In Google Maps
Dunnet, Scotland, KW14 8XD, United Kingdom
+441847851287
View menu
Visit website
Visit Facebook page
Send an Email
Give us feedback

See a tree older than the Pyramids

The Fortingall Yew is ancient. Sited within a churchyard, it was already old when Christianity began, with some experts suggesting a modest 3000 years old and others anywhere between 5000 and 9000 years old! Whatever the correct age, it is clear that this is a very special tree and one of the eldest in Europe.

Descend a stair in a cliffside

Whaligoe Steps is a series of 365 stairs zig-zagging down a tall cliff, originally used by women who carried the herring catch up these slippery stones from the tiny harbour below, the steps have now been lovingly preserved and restored. There is an excellent café at the top, which makes the climb back up all the more worth it. Just don’t visit if you suffer from vertigo!

The shortest street in the world

A little further north of Whaligoe Steps is the former herring town of Wick. Gone are the days of the harbour holding so many boats a visitor could walk from one side to the other across them, but Wick still holds claim to the shortest street in the world — Ebeneezer Place, which is certified by the Guinness Book of Records and only has the one doorway standing on it! Nowadays, this door leads to a well-respected bistro in Mackay’s Hotel.

Although it has been called a graveyard in the press, the company that runs this Cromarty Firth venture prefer the term car park. These huge hulking structures, built to withstand the tough conditions out in high seas, are waiting here until they can be repaired and once more towed out to be reused. With the drop in oil prices, this means that now is a great time to get close up views of these behemoths. Keep your eyes open for the local dolphins too! 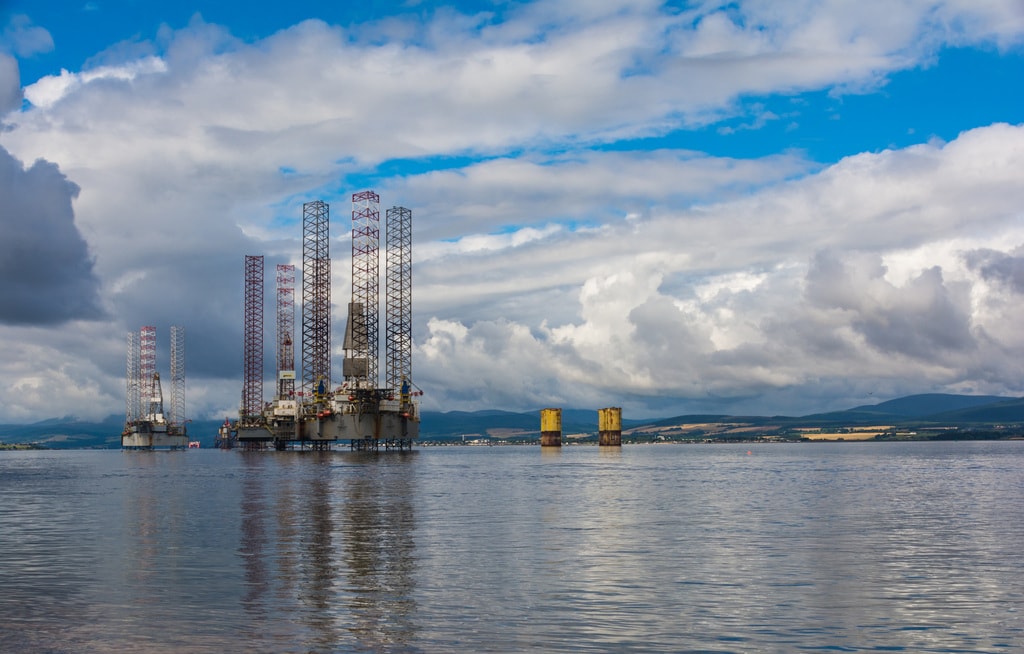 Rigs in the Firth | © a snappy happy chappy/Flickr

Head to the true north

John O’Groats attracts tens of thousands of visitors each year, yet it is not truly the furthest point north on the UK mainland. This honour lies with Dunnet Head, a few miles west, which is well worth a visit in its own right. Not only can you say you have been as far north as you can get, but the views and cliffs are spectacular.

The Clootie Wells of Scotland are a remnant of a time now long-passed. Mostly all gone, some of them have survived, however, recently even enjoying something of a renaissance, with people visiting and leaving offerings. Pre-Christian in origin, these strange places are bedecked with scraps of fabric near sacred natural water sources. Eerie and odd, if you visit Inverness you have to visit the nearby Munlochy Clootie Well.

In 1942 the UK government tested biological weapons on the small Scottish island of Gruinard. At the time they did not realise that it would remain dangerous for decades to come. It was only declared safe to visit after a huge clean up and disinfection operation in the 1980s. The story is fascinating and dark, but there is nothing to see of the actual military operation beyond the island itself — just wild and beautiful Highland scenery in all directions. 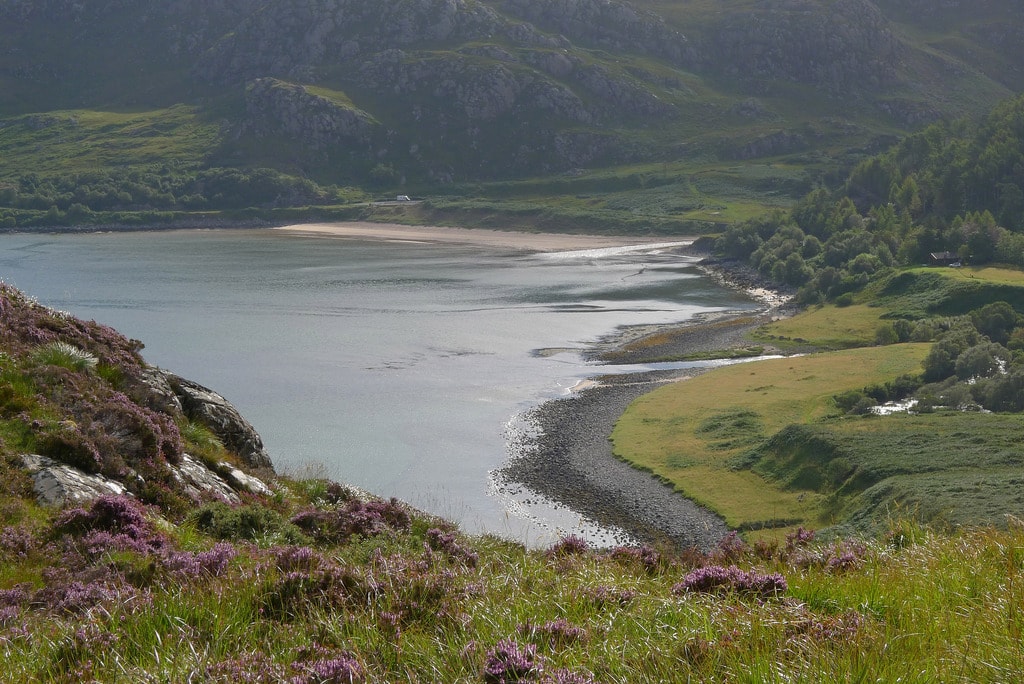 Compared to much of the UK, the Highlands have little light pollution in general, but there are places where the night sky is stupendously clear — stars, meteorites, planets and strange phenomena like noctilucent clouds abound. One excellent spot to see all these is at RSPB Forsinard and its multi award-winning viewing tower. During the day this gives remarkable views over the Flow Country and its wildlife and at night the skies are lit by vast swathes of stars and the beautiful aurora that often occur this far north. There are special sky-gazing events, especially during the darker months of the year.