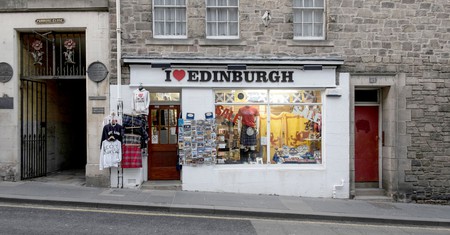 When it comes to finding that perfect souvenir, it’s a pity that Scotland itself can’t be wrapped up in fine paper, placed in a gift box and presented with a tartan bow. The good news is that there are plenty of high-quality, locally made products on sale in Scotland’s capital. Discover 10 cool Scottish souvenirs you can pick up in Edinburgh.

Grab a copy of Oor Wullie (Scotland’s favourite comic strip since 1936) and discover the iconic illustrations that still capture hearts to this day. It is worth noting that all the characters speak in Scots slang, giving you a cartoonish glimpse into local life. The comic strip is published every week in the Sunday Post newspaper, but you’re better off buying a compilation in one of the city’s contemporary bookshops. Make sure to stock up on a few volumes, as it’s hard not to fall in love with Wullie and his tin bucket.

As the perfect Scottish souvenir, whisky requires zero introduction. Thankfully, Edinburgh is overflowing with an abundance of whisky distilleries and tasting tours. Learn the history and method behind this bonnie beverage before bringing some back for your friends. Every sip will reignite irreplaceable memories of Scotland and the braw time that was had. Royal Mile Whiskies, Cadenhead’s and The Scotch Whisky Experience are all great places to stock up. 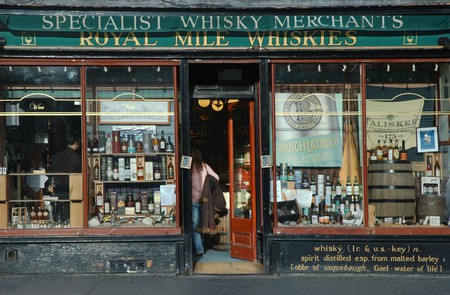 You don’t have to go far in Edinburgh to find good art. Many famous artists, for example Jack Vettriano, have at some point called this fair city their home, while galleries and bustling festivals keep its creative culture alive. Choose postcards of your favourite pieces at the Scottish National Gallery of Modern Art and place them in a box frame for all to marvel at. Visit Wooden Treehouse and Diedododa, which are nestled inside the Tron Kirk Market on the Royal Mile, for some gorgeous prints of Scottish art.

Given Scotland’s tendency for sudden downpours, it is wise to have a ‘brolly’ (umbrella) on hand at all times. Choose from an array of different tartans, giving a practical item some Scottish flair. Look out for umbrellas in Edinburgh’s higher-end souvenir shops and your brolly will be of higher quality (and last you much longer) than the cheap models touted on the Royal Mile. 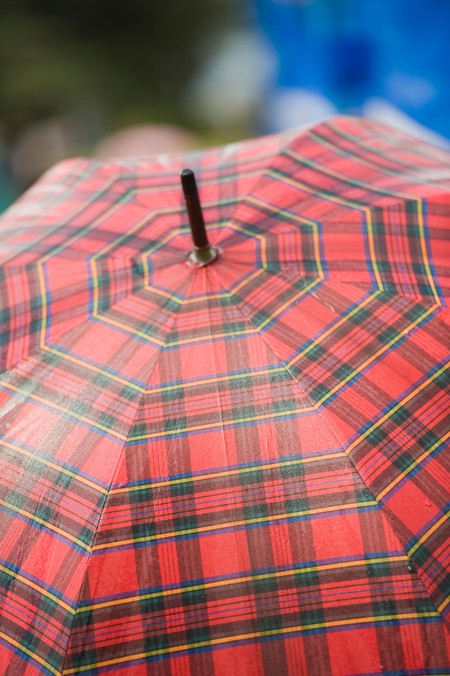 It may seem quaint, but nothing says Scotland more than a can of Irn-Bru. Since 1901, this bright-orange fizzy drink has been a thirst quencher, hangover cure and staple in almost every household. The secret ingredient was kept tightly under wraps for decades, until 2009 when the keeper of the recipe revealed tiny quantities of iron girders added to the mix. This explains the drink’s slightly metallic taste. Not to worry, though – the most harmful thing about it is probably the sugar. Like the Scots themselves, Irn-Bru is bold and brilliant. Taste the freedom.

You can judge a city’s character by the grit of its people – and in Edinburgh, even the animals have it. According to legend, Bobby was a skye terrier who lived during the 19th century. The dog was inseparable from his master, until tragedy struck. The man died of tuberculosis and was buried in Greyfriars Kirkyard. Every day for 14 years, Bobby stood by his master’s grave, never leaving his side. This act of loyalty gave the dog a special place in Edinburgh’s culture, with the city erecting a statue and even a pub in his honour. Whether it be jewellery, a T-shirt or a cuddly toy, it seems only fitting to leave Scotland with a Greyfriars Bobby souvenir. 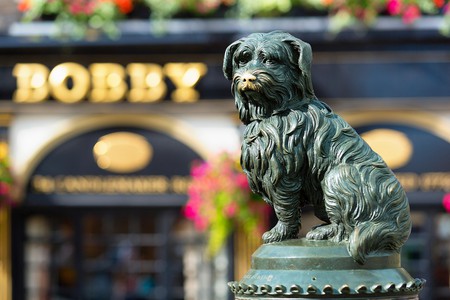 Some of the world’s most glorious gins come from the heart of Scotland, and Edinburgh Gin is the king of them all. Visit their conveniently located distillery on Rutland Place for tours and tastings, before bringing home a bottle and sharing the rosy-cheeked, bleary-eyed love.

The Scottish have long been renowned as experts in textiles, establishing world-class brands that people come to Edinburgh specially to purchase. Johnstons of Elgin dominates the luxury materials market, specialising in cashmere of the highest calibre. Harris tweed is also iconic, with an exemplary line of menswear. Those looking to give their wardrobe a splash of sophistication will very much appreciate Edinburgh. 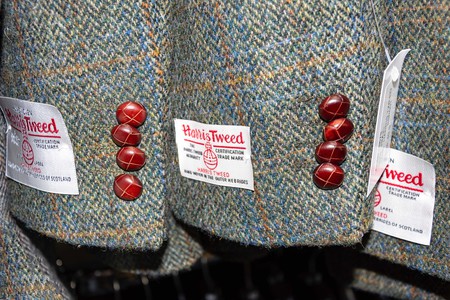 There is no better tapestry of Edinburgh’s rich history than the old maps at Carson Clark Gallery. These beautiful prints depict Scotland at various stages in its history, from Victorian mezzotints to fragile, leafy pages of 16th-century cartography. Note that Mr Carson recently moved his shop from the Royal Mile to a more discreet location on Northumberland Street.

The kilt is a hallmark of Scottish culture, representative of the warring clans that once formed strongholds across the highlands. To wear a kilt is to bear the achievements of these proud families, so it must be worn with respect and dignity. That said, prepare to get accustomed to the cheeky question, “Are you a true Scotsman?” (that is, are you wearing your kilt without underwear). If you’ve got the cash to splash (as kilts can cost upwards of hundreds, if not thousands, of pounds), head over to Gordon Nicolson Kiltmakers or Geoffrey Tailor Kiltmakers. 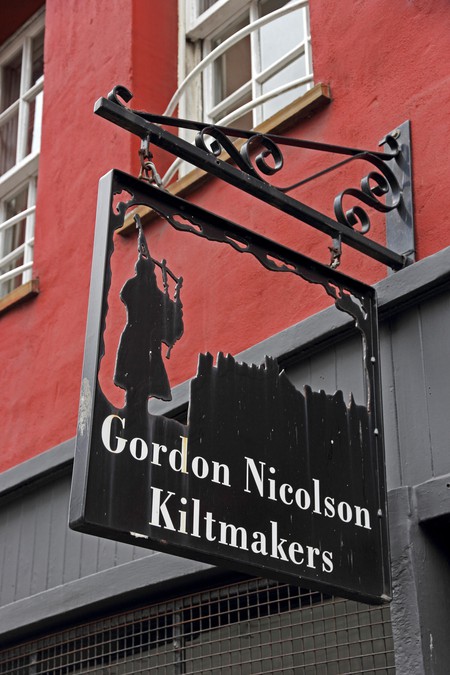