The 10 Best Things to See and Do in Edinburgh 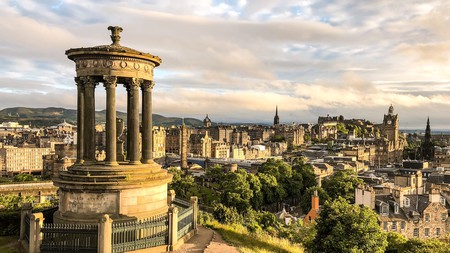 Steeped in history and home to a variety of historical and cultural attractions, the capital of Scotland is the second most popular destination in the United Kingdom after London.

From its enchanting medieval heart to the elegance of New Town, Edinburgh is without a doubt a unique city filled with contrasts and surprises. Get ready for an unforgettable adventure and take a look at Culture Trip’s guide to the Scottish capital. 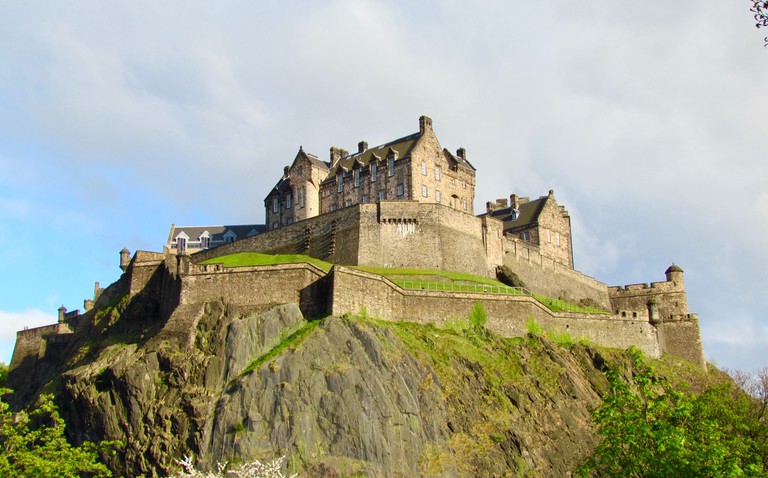 © Mohammed Alhinai / Unsplash
Book Now
Dominating the city from its great rock, Edinburgh Castle is an absolute must-visit spot. Well-defended on its tall volcanic crag, not only has it witnessed royal ceremonies and feasts, but also cruel battles and ruthless politics. Discover a rich history that still remains a great source of inspiration, as well as the important national symbols it hosts such as the Stone of Destiny and the Honours of Scotland. It’s a bit of a steep climb to the entrance, but worth it for the views alone.
Open In Google Maps
Castlehill, Edinburgh, Scotland, EH1 2NG, United Kingdom
+441312259846
Visit Website
Give us feedback

Deep beneath the Royal Mile, the city’s darkest secret is buried. The Real Mary King’s Close is a warren of underground hidden streets frozen in time and shrouded in mystery. As you wander through the rooms, each will offer you a better insight of how life was in the 17th century. Book your tickets and travel back in time through some fascinating tales of plague, murder, intrigue, ghosts and unexplained happenings.

Enter the World of Illusions

Amusement Park
Facebook
Email
Twitter
Pinterest
Copy link
Share
Map View
Edinburgh’s Camera Obscura has been a top attraction since 1835, and will keep your mind occupied for hours with five floors of optical illusions, tricks and puzzles. Spy on passers-by and pick them up in your hand, view a panorama of the city through the old observatory, explore the themed rooms with interactive exhibits and take a look at the gift shop for an amazing range of unusual knick-knacks. Be aware that your ticket is valid all day long, offering you time to take a break and return later for more fun.
Open In Google Maps
Edinburgh, United Kingdom
Give us feedback
Book Now

Distillery
Facebook
Email
Twitter
Pinterest
Copy link
Share
Map View
A trip to Scotland is not complete without sampling a nip of whisky. Spend your evening at one of the numerous top-notch whisky bars like the Black Cat or Whiski Bar, or join the Scotch Whisky Experience for a true initiation into the world of Scotch. Through this multi-sensory journey, you will be able to become part of the whisky-making process, listen to some stories behind the magical craft, view the world’s largest collection and taste some drams of unique flavours and aromas.
Open In Google Maps
354 Castlehill, Edinburgh, Scotland, EH1 2NE, United Kingdom
+441312200441
Visit Website
Give us feedback
Book Now

Relax at the Princes Street Gardens 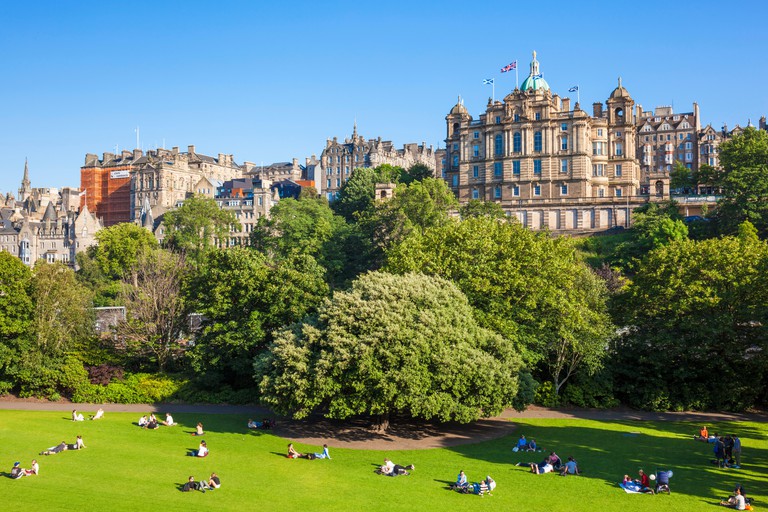 In the heart of the city, between the Old and New Towns, you will find the Princes Street Gardens. Before starting your shopping day at the nearby street, sit by the Ross Fountain to enjoy the sunshine, have a picnic or take a stroll to see the floral clock and the numerous statues around. Although the best time to go is during spring and autumn, winter carousels and Christmas stalls offering delicious mulled cider will not disappoint either.

Memorial
Facebook
Email
Twitter
Pinterest
Copy link
Share
Map View
Commemorating the Scottish novelist Sir Walter Scott and built in the 19th century, this is the largest monument to a writer in the world, and dominates the Edinburgh skyline with its stunning Gothic design. Look for the carvings of his fictional characters, learn about his life in the museum room and climb the 287 steps to the top for some superb views of the surroundings.
Open In Google Maps
E. Princes St Gardens Edinburgh, Scotland, EH2 2EJ, United Kingdom
+441315294068
Visit Website
Give us feedback

Reach the top of Calton Hill

Natural Feature
Facebook
Email
Twitter
Pinterest
Copy link
Share
Map View
Well-known for its landmarks such as the striking National Monument inspired by the Parthenon of Athens and the City Observatory, Calton Hill is the best viewpoint and an easy climb of only five minutes. Grab your camera and reach the top to see all of the city’s major landmarks, or attend the Beltane Fire Festival on the last day of April, reviving ancient Gaelic traditions to celebrate the wheel of the year and welcome summer.
Open In Google Maps
Edinburgh, Scotland, EH7 5AA, United Kingdom
Give us feedback 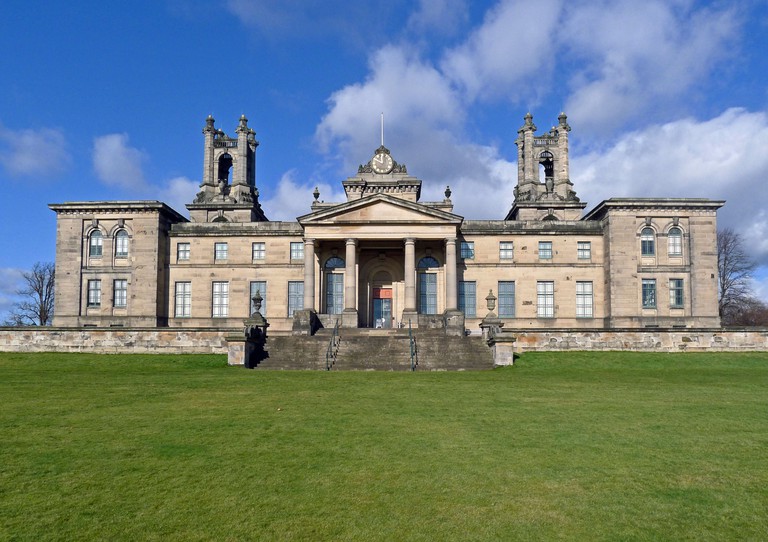 © John Peter Photography / Alamy Stock Photo
The Scottish National Gallery of Modern Art is part of the National Galleries of Scotland and a must-see venue for modern and contemporary art. Spread across two buildings and surrounded by a beautiful sculpture garden, it is ready to amaze you with a wide range of superb masterpieces including works by Picasso and Warhol as well as Scottish artists. Visit the permanent exhibitions for free, and have your lunch on the lovely garden terrace to enjoy the sunshine.
Open In Google Maps
75 Belford Road, Edinburgh, Scotland, EH4 3DR, United Kingdom
+441316246200
Visit Website
Give us feedback

Spend a day at the zoo

The wildest attraction in the country is only a short bus ride from the city centre. Recognised as one of the leading zoos worldwide, Edinburgh Zoo is home to over 1,000 rare animals from all over the world. Learn about some of them through a series of daily talks, see the UK’s only giant pandas and koalas and spend some delightful time on animal-based adventures.

Witness the story of planet Earth

Museum
Facebook
Email
Twitter
Pinterest
Copy link
Share
Map View
Thanks to the Dynamic Earth, you can now witness the first moments of our galaxy and learn about the forces of nature that shaped our planet in a fun way. Whether you feel the heat of a bubbling volcano or face the chill of polar ice, an impressive series of interactive exhibits, 4D adventures around the world and even a 360-degree ShowDome are the perfect way to truly understand all of the aspects of Mother Earth regardless of your age.
Open In Google Maps
Holyrood Road, Edinburgh, Scotland, EH8 8AS, United Kingdom
+441315507800
Visit Website
Give us feedback
Book Now 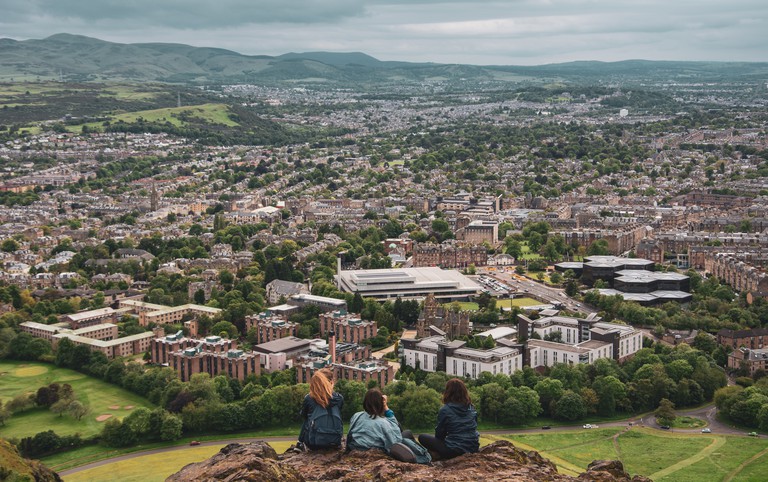 © Adli Wahid / Unsplash
Rarely in a city can you experience a genuine hike, to say nothing of the kind of views you’ll see if you take on Arthur’s Seat. The seat is, in actuality, a huge chunk of a long dead volcano which used to be the centrepiece of the landscape before splitting apart. Reached easily from the city centre, it’s a relatively forgiving climb, and the summit features some astonishing panoramic views, as well as a few interesting landmarks along the way, such as Holyrood Abbey and the surrounding park, which famously featured in Chariots of Fire.
Open In Google Maps
Edinburgh, Scotland, EH8 8AZ, United Kingdom
Give us feedback

Take in a show at the Jazz Bar

The nightlife in Edinburgh has plenty to offer, but the Jazz Bar, which is nestled just a short walk from the train station, is worthy of special mention. It’s the longest standing independent jazz bar in the city, and has played host to jazz luminaries from all over the world. Head down on a Saturday to catch the World Premier Quintet – a newly hand-picked fivesome of artists who have never played together before and are often meeting each other for the first time with no setlist or rehearsal. You never know what you might get, and you might be lucky enough to witness the birth of a brand-new group.