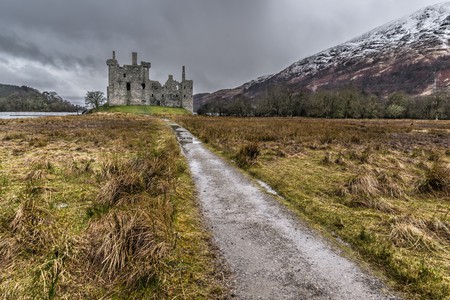 Ever get a strange shiver down your back, or a sudden sensation of fear that you just can’t explain? In a nation as old and as full of history as Scotland, local myths abound in every town and field. So if you’re planning a jaunt up the British Isles anytime soon, best brush up on your urban legends, lest you accidentally offend a ghost or ghoul…

Keep those eyes peeled if you ever find yourself driving on the A75 through Dumfries & Galloway. This notorious stretch of highway has been the site of supernatural happenings for over fifty years, with terrified eyewitnesses reporting screaming phantoms, ghostly parades and even UFO sightings. The most famous incident occurred in 1962, when two truck drivers testified to having seen a mysterious van swerving along the road, and wild animals lunging towards their windshield – only for everything to suddenly disappear before their very eyes. Due to these paranormal sightings, many long-distance truck drivers avoid this section of the highway at all costs. 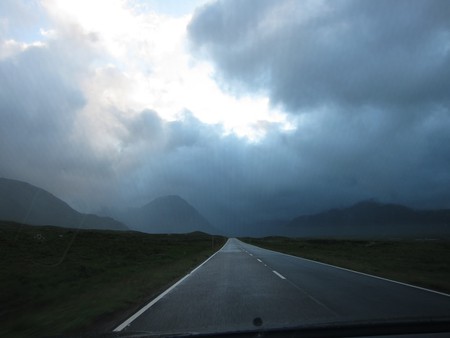 Residing in the wild birch forests of Gairloch and Loch a Druing is the Ghillie Dhu, a solitary male faerie. Clad in leaves and moss, the Ghillie Dhu actively avoids contact with humans, but is known to behave aggressively towards adults who dare trespass into his sylvan home. He is, however, very gentle towards children; in the late 18th century, a young local girl named Jessie Macrae became lost in the dark woods and was found by Ghillie Dhu, who comforted her and led her back home. 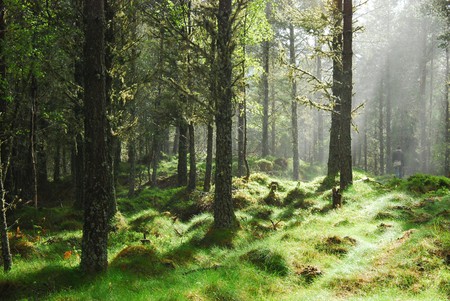 Devil’s in the Binns

A famous Scottish general and the Devil sat down to play a game of cards… This isn’t a punchline, but a claim made by General Tam Dalyell, founder of the Royal Scots Greys and the head of the Dalyell family in the 17th century. While residing at the House of the Binns – his family’s ancestral home – he claimed the Devil visited him every night for a game of cards. Though the Devil usually won, one night Tam gained the upper hand. Enraged, the Devil threw a marble table at him; he missed, and the table landed in the Sergeant’s Pond outside. Though General Tam’s stories were dismissed as pure fancy in his day, when the pond dried up two hundred years later, what should be found buried in the mud at the bottom but a marble table… 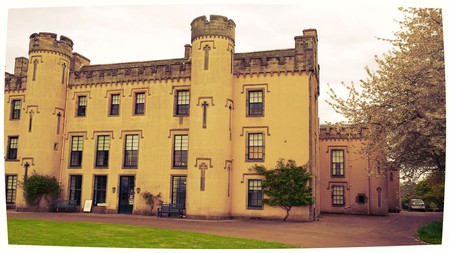 The Green Lady of Crathes Castle

When Queen Victoria visited Crathes Castle in Aberdeenshire, she witnessed a ‘green mist’ and a child-like apparition hovering in one of the rooms before they suddenly disappeared into the fireplace. Many subsequent guests to Crathes Castle have also witnessed the Green Lady and her child; though her exact identity remains a mystery, local lore goes that she was a servant girl who fell pregnant by the scion of the Burnett family, the owners of the castle, and was murdered to protect the family name. Indeed, renovations to the castle in the 18th century reportedly unearthed the skeletal remains of a woman and child underneath the very fireplace they continue to haunt, hundreds of years later. 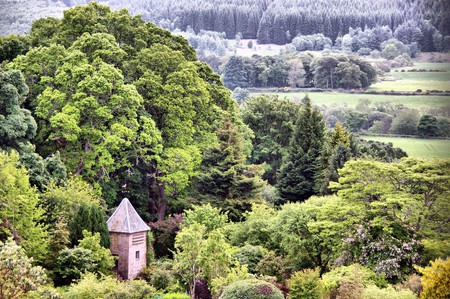 One summer’s afternoon in 1836, a pack of schoolboys stumbled upon a strange discovery in a cave on the north-eastern face of Arthur’s Seat: seventeen miniature coffins laid beneath a few thin stone slabs. Each casket held a small human effigy, intricately carved, with expressively painted faces and carefully sewn clothes and shoes. As some of these figures were already decaying when they were discovered, the coffins must have been created over several years. No one knows who created these macabre statuettes – or why – though some claim witchcraft, while others suggest they’re a makeshift commemoration to the victims of Burke and Hare, Edinburgh’s infamously murderous duo. 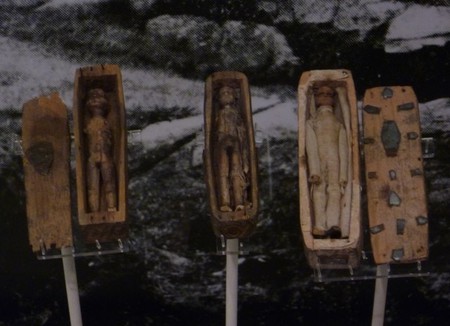 Now immortalised into thirty-metre-high statues, the famous Kelpies sculpture in Falkirk towers majestically over drivers along the M9 motorway. These shape-shifting demon horses, however, are a great deal more sinister than their monument gives them credit. Legend goes that the kelpie lures unsuspecting prey to the water’s edge by emitting a cry that sounds remarkably similar to a woman’s scream. As its target rushes to the shore, the kelpie lunges and drags them to their watery grave. The only way to save yourself from the kelpie is to assert your mastery over it, by grabbing its reins and tear the bridle from its back. 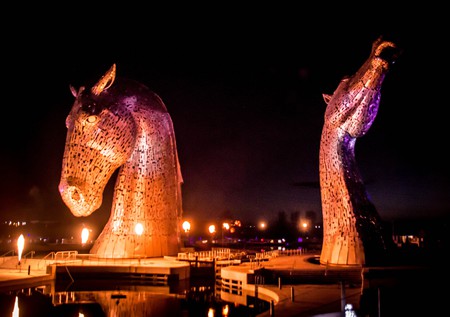 The denizens of Greyfriars Kirkyard have long been the source of many a spooky tale, not least of which being J K Rowling’s Lord Voldemort, whose real name she lifted from a tombstone in the graveyard. Its most infamous resident, however, is Sir George Mackenzie, widely known to be the most aggressive poltergeist in Edinburgh. During the 17th century, he ruthlessly tortured members of the Scottish Covenanter movement, or those who opposed King Charles I’s religious reforms and clung to their Presbyterian faith, earning him the reputation of ‘Bluidy Mackenzie’. After his mausoleum was broken into by a homeless man seeking shelter in 1999, there have been hundreds of documented cases of people approaching his tomb and mysteriously collapsing, or being inexplicably cut and bruised. Thus it seems that Bluidy Mackenzie lives on, even after death. 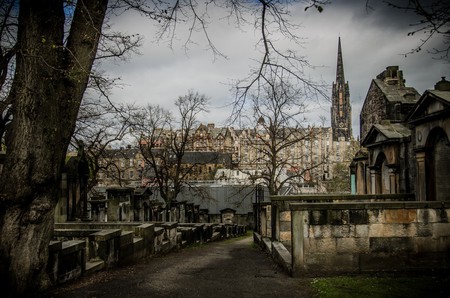 The Dead Jacobites of Culloden

On 16 April 1746, the Jacobite Rising came to a brutal and bloody end on the fields of Culloden, as Scottish forces fighting for independence were slaughtered by the British army, ending a centuries-long struggle between the two nations. It is said that birds will not sing above the boggy land where the Jacobites made their last stand, and that nearby residents sometimes witness a tartan-clad spectre wandering the moor, mumbling the word ‘defeated’. And every anniversary of the Battle of Culloden, there are those who swear that they can hear the clamour of swords and the sounds of men dying on the battlefield once more. 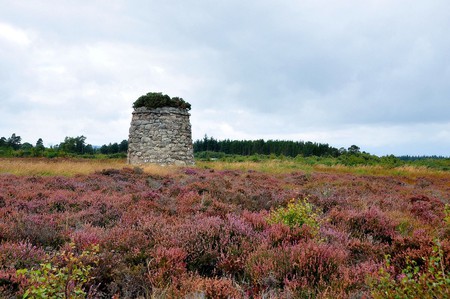 Visitors to the Real Mary King’s Close attraction will make a journey back in time to the 17th century, when this narrow network of buried closes was a bustling neighbourhood of colourful characters. Before they can go back up to the surface, however, they must first pass through Annie’s Room. In 1992, the Japanese psychic Aiko Gibo visited the close, and was struck by the spirit of a small, unhappy girl who said her name was Annie. According to Annie, her mother had abandoned her in the close when Annie began exhibiting symptoms of the plague. Aiko bought Annie a small doll to comfort her, and since then hundreds of visitors have similarly left small toys in Annie’s Room, in the hopes of easing the centuries-long loneliness of a little girl. 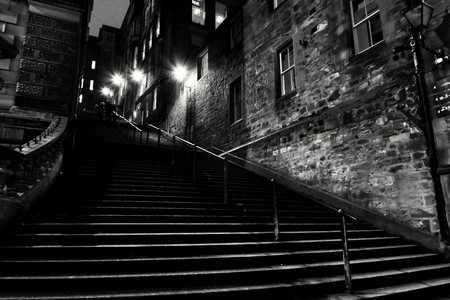 South of the city in the neighbourhood of Gorbals is the sprawling Glasgow Necropolis, with nearly fifty thousand souls laid to rest on its green hilltop. The solemnity of this place was disturbed one September evening in 1954, when a policeman responded to reports that hundreds of children had descended upon the cemetery. The local children insisted they were seeking to avenge two young boys who had been devoured by the ‘Gorbals Vampire’. Some locals suspected that they had actually seen ‘Jenny wi’ the Iron Teeth’, a demonic hag who was said to have roamed Glasgow Green in the 19th century, dragging unsuspecting children into her lair with her metal jaws. 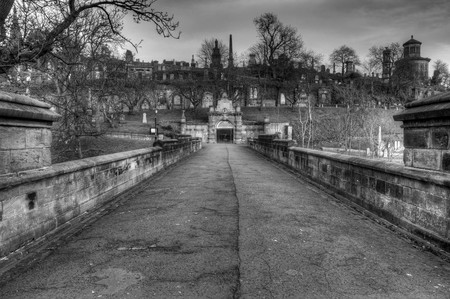 Necropolis Glasgow | © Shadows and Light / Flickr
Give us feedback